BBC climate editor whose sister is an Insulate Britain fanatic made false claims on global warming including worldwide deaths are rising and Madagascar is on the verge of famine, inquiry finds

By Colin Fernandez Environment Editor For The Daily Mail

A BBC Panorama documentary about global warming made a number of false claims, an internal investigation by the broadcaster has found.

The programme Wild Weather, presented by climate editor Justin Rowlatt, said deaths worldwide were rising due to extreme weather caused by climate change – whereas the opposite is true.

It also claimed Madagascar was on the verge of the first famine caused by climate change – despite other factors being involved.

A BBC Panorama documentary about global warming presented by climate editor Justin Rowlatt (pictured) made a number of false claims, an internal investigation by the broadcaster has found

Last year Rowlatt’s sister Cordelia was among a number of Insulate Britain activists arrested for staging a protest at junction 3 of the M25.

Miss Rowlatt, who once appeared on TV advising her brother on how to be more environmentally friendly, pleaded guilty by post at Crawley Magistrates’ Court. She was fined £300 with £85 court costs and a £34 surcharge for committing a public nuisance on a highway.

The introduction of Wild Weather said ‘the death toll is rising around the world and the forecast is that worse is to come’. The ECU said this risked giving the impression the rate of deaths from extreme weather-related events was increasing.

In fact, as noted by a recent report from the World Meteorological Organisation, while the number of weather-related disasters – such as floods, storms and drought – has risen in the past 50 years, the number of deaths caused by them has fallen because of improved early warnings and disaster management. 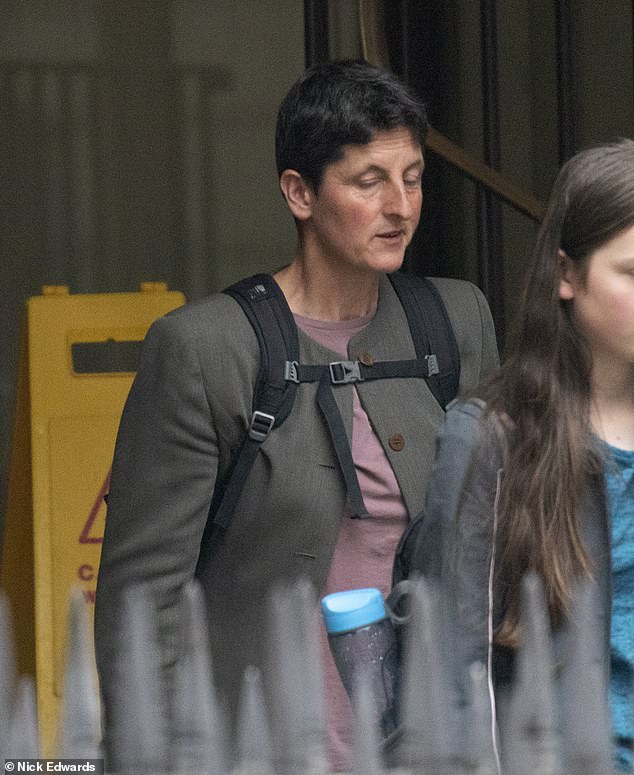 Cordelia Rowlatt was charged with a public order act on Waterloo Bridge in April. She pleated not guilty at court

BBC News said ‘it accepted the wording in the programme was not as clear as it should have been and a public acknowledgement was put on the BBC’s Corrections and Clarifications website before the complaint reached the ECU’.

The ECU said this was appropriate but ‘an oversight meant the programme was still available on BBC iPlayer without a link or reference to the published correction, and for that reason the complaint was upheld’.

The ECU also considered the language used in the programme about drought. It agreed the evidence showed southern Madagascar had suffered lower-than-average seasonal rainfall in recent years, and that climate change was one factor contributing to famine in the country.

It also noted the reporter’s language mirrored that used by the UN’s World Food Programme.

But the ECU added: ‘The statement that Madagascar was on the brink of the world’s first climate-induced famine was presented without qualification, whereas other evidence available prior to broadcast suggested there were additional factors which made a significant contribution to the shortage of food.

The complaint was therefore upheld.’