The BBC has come under fire for shelling out almost half a million pounds every year on taxis.

The figures, released under freedom of information laws, show that over three years, the corporation spent more than £1.3 million of license fee-payers’ money on cabs.

They are understood to pay fares up to an eye-watering 45 miles away from work, the equivalent distance of London to Reading.

The BBC has spent £1.3 million on taxis between April 2014 and April this year 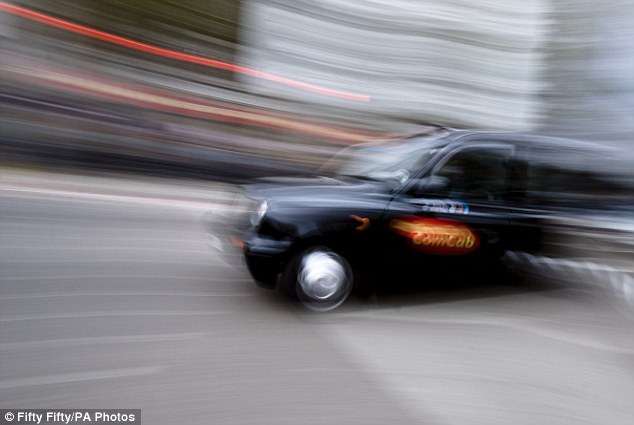 One BBC insider said they receive a free taxi home if they finish after midnight, file photo

Figures revealed the Beeb spent £1.3million on taxis between April 2014 and April this year – equating to roughly £1,237 a day.

The figure may only be a fraction of the true cost however as fares racked up by those working in ‘journalism, art or literature’ are exempted from disclosure.

John O’Connell, chief executive of the TaxPayers’ Alliance, said: ‘Hard-pressed license fee payers will be furious that BBC staff are racking up such an extraordinary bill.

‘The rest of the public sector is clamping down on unnecessary taxis and the corporation should be no different.

‘The BBC has to start spending money more efficiently or sympathy for the outdated TV Tax will continue to wane.’

A BBC insider, who asked not to be named, said: ‘I know it’s ridiculous, and I feel for the people complaining, but I’m not going to moan.

‘I do shifts that finish at midnight – without the free taxi it would cost me half my wages to get home.

‘There are some that use the service to travel a couple of miles that they could easily walk – or get public transport – but I live 30 miles away from my office, so I do rely on it.

‘It’s one of the few benefits that I get for working there.’

A BBC Spokesperson said: ‘The BBC has strict rules around taxi use which means they are only used for essential business when public transport isn’t available as a result costs brought down over successive years.

‘The majority of production related travel is to get guests and contributors to studios.’

Last year it was revealed the bloated corporation, which costs fee payers £147 a year, spent more than £50,000 on cabs that were left waiting for clients with the meter running.