Ben Cousins is arrested after being ‘found with 2.5 grams of ice while asleep next to his car’

Ben Cousins has been arrested in Perth after allegedly being caught with ice.

Cousins was taken to a holding cell after being found asleep next to his car on Wednesday, Nine News reported.

Police allegedly found 2.5 grams of methamphetamine during a body search of the Brownlow medallist.

The former AFL star was allegedly seen driving erratically near Victoria Park, and reportedly then became aggravated during his arrest.

He will face court on Thursday.

Ben Cousins has been arrested in Perth after allegedly being caught with 2.5 grams of methamphetamine on Wednesday 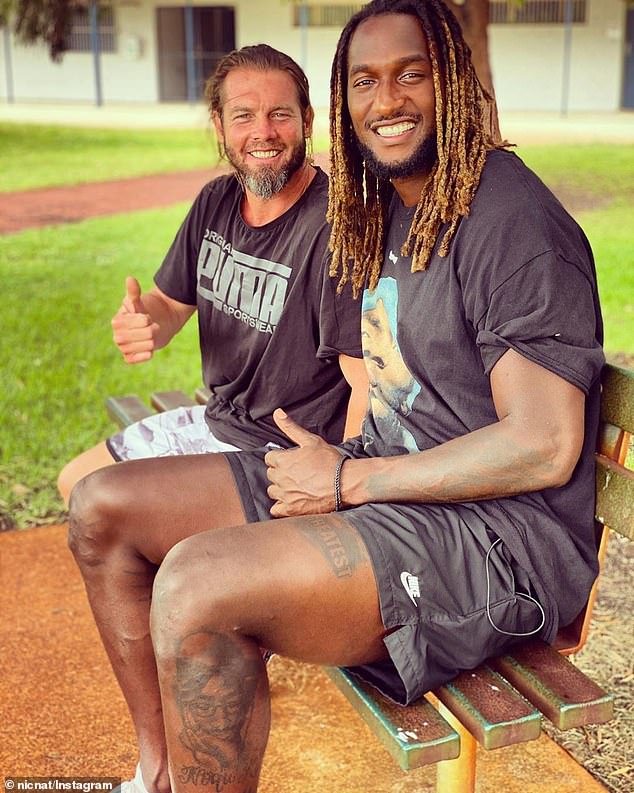 The arrest comes just three weeks after Cousins appeared in a tell-all interview with Channel Seven where he opened about his drug addiction.

Sporting long hair in a ponytail and a scruffy beard, Cousins admitted he’d ‘stuffed things up royally’ and that it was time to put things right.

‘I hope people can see I’m having a crack at turning it around,’ he said.

But Cousins gave an unconvincing answer when asked if he was still using drugs.

‘I’m just thinking how… I’m just not sure about how to answer that,’ he said.

‘My issues have been more greater and complex than my drug use.

‘In a perfect world, I would’ve have liked come out the other side a long time ago. That hasn’t been the case.’ 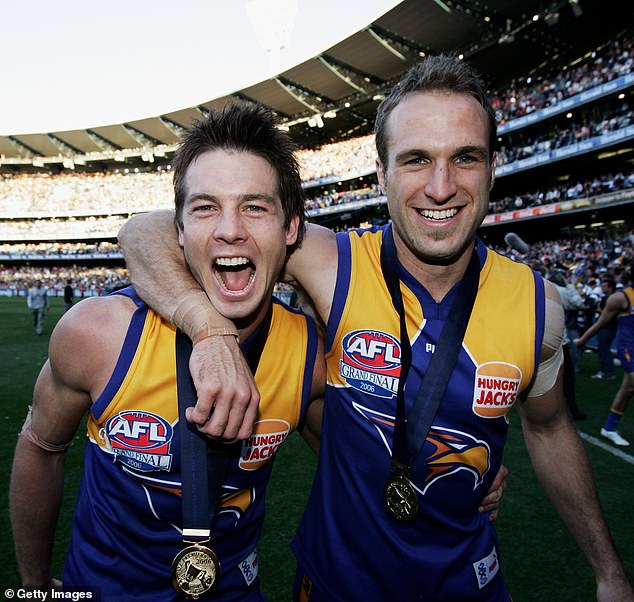 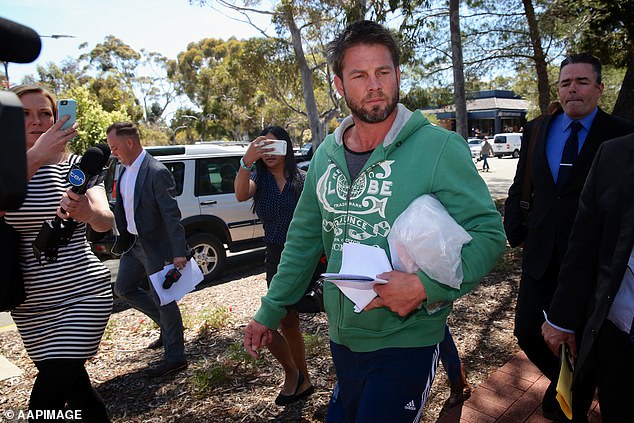 Cousins leaving Armadale Magistrates Court in Perth in 2016 while charged with breaching a restraining order. The ex-footy star has said he cannot promise to stay out of jail

Cousins was tight-lipped when asked when was the last time he took drugs.

‘It’s just one of those things, I’d rather not go there,’ he said later in the program.

Cousins replied: ‘Well…you know, not today is enough for me and it should be enough for other people.

He also addressed the cocaine overdose death of his best mate Chris Mainwaring, whom he saw just hours before he died.

Cousins had this message to today’s youth about taking drugs.

‘I would encourage them to think long and hard before they decide to go down that path,’ Cousins said.

‘Just be aware of the ramifications and take it seriously.’ 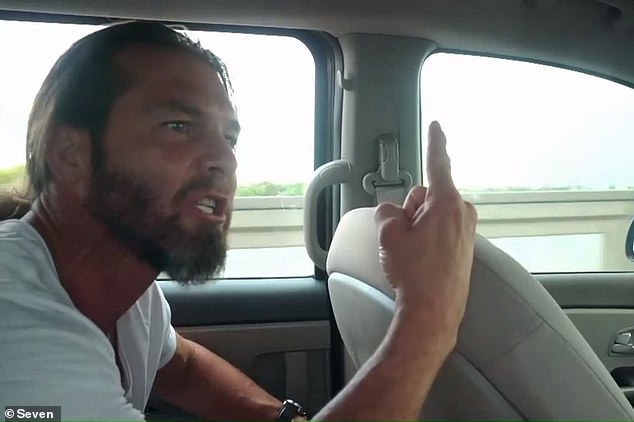 The Ben Cousins: Coming Clean documentary showed the fallen AFL star (pictured) unleashing in an angry tirade about the custody battle with his ex-partner over their children 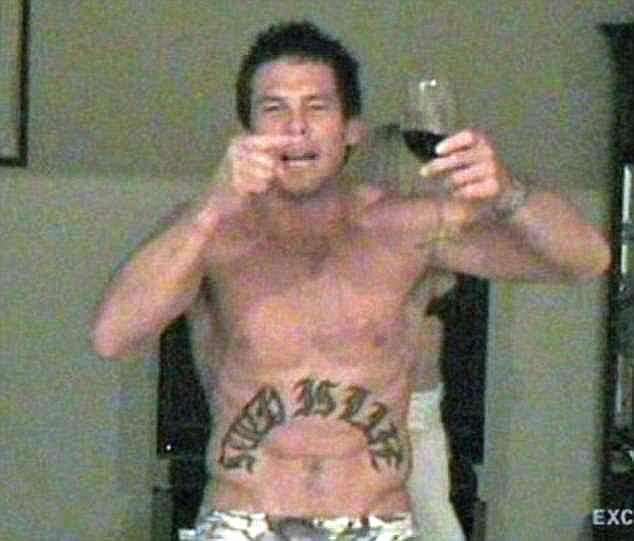 Confronting footage from the interview also showed a furious Cousins in the backseat of a car, ranting about the custody of his kids.

‘I don’t think a mother plays any more of an important role than the bloke does,’ Cousins says in the rant filmed in February.

‘It needs to be stopped. Every time I see the coppers I say to them ”you guys have let me down”.

‘If I get to a point where and I’m going to pick a cause single-mindedly… or with that cause towards you – I want there to be carnage.

‘Blood will spill. So, it’s up to you guys so if you want to change this.’

Cousins described the mother of his children, Maylea Tinecheff, as the most defiant person he’d ever known – and said he wanted underworld figure Mick Gatto to  mediate access to his two children.

He said he was willing to give his Brownlow Medal to Gatto in return.

‘I’ve never met anyone as defiant. You know? Mick Gatto couldn’t tell her what to do,’ Cousins said.

‘Mick … I’m just telling you – and I honestly was going to get him to come over, I was going to give him my Brownlow – to mediate. 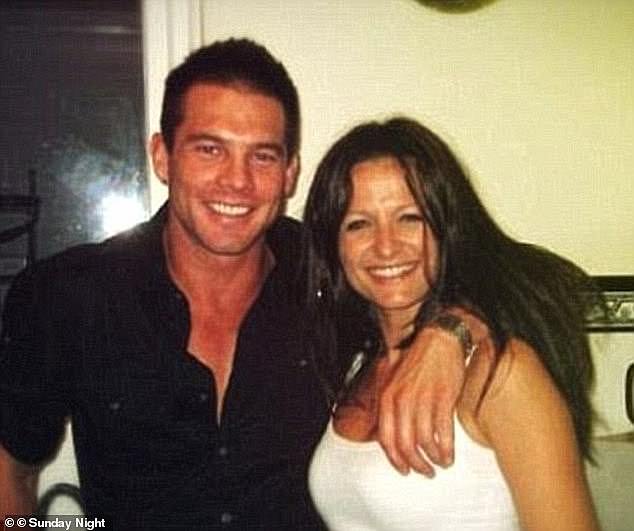 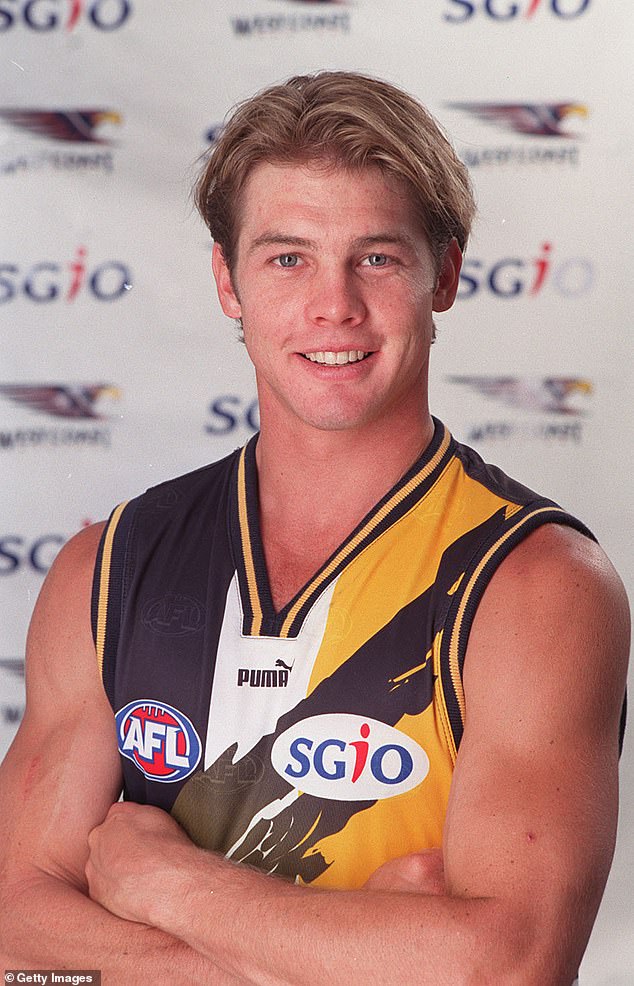 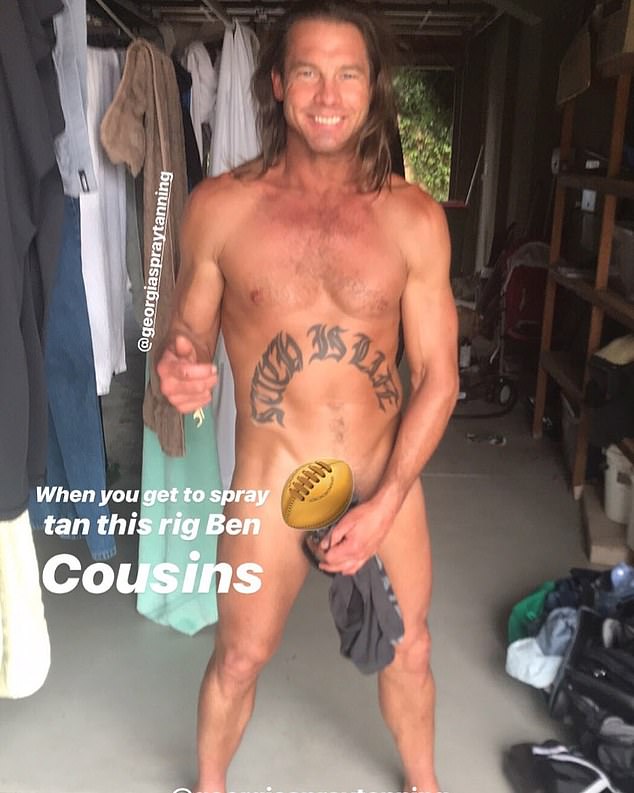 During the interview, Ben Cousins recalled the story behind this nude photo of him after a spray tan that went viral on social media. ‘I was trying to get a root,’ Cousins said

In a rare light-hearted moment during the documentary, Cousins was reminded about a nude photo of him after a spray tan that surfaced on social media last year.

‘Mate, there’s a fantastic photo of Ben at a spray tan place,’ a man can heard saying off-camera.

‘You posted it,’ Zempilas told him.

Cousins replied: ‘I didn’t actually, that was the problem. I can’t believe it happened the way it did.

The pair laughed when Zempilas said it wasn’t the worst thing Cousins had ever done.

The infamous photo never got the desired result.

‘No ships, only hardships,’ Cousins said. 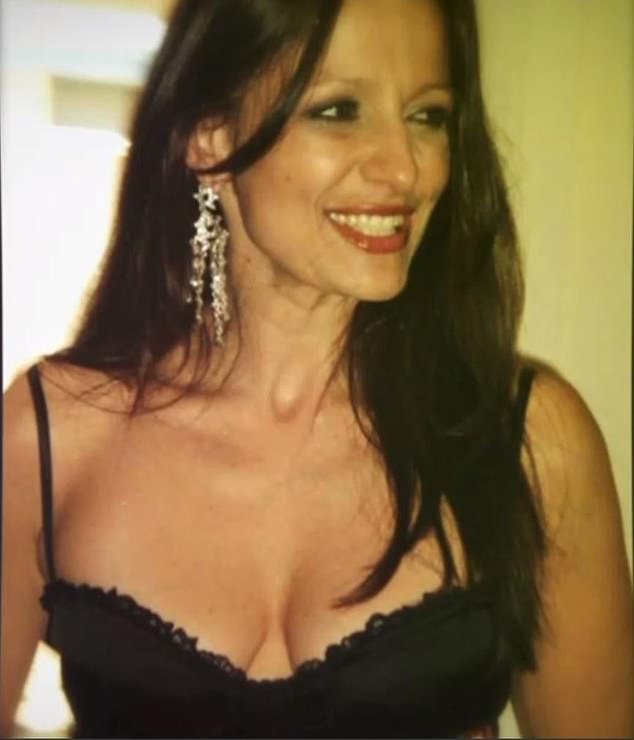 He was grilled about his tumultuous relationship with the mother of his children and former partner, Maylea Tinecheff.

In January 2018, Cousins was released from prison after serving 10 months of the one-year sentence for breaching a restraining order taken out by Ms Tinecheff.

He was back in jail months later following charges making threats and breaking a violence restraining order.

He spent eight months in jail until his release on bail last April.

Two charges of stalking and threatening to harm Ms Tinecheff were later dropped.

Cousins later pleaded guilty to the remaining 12 offences of breaching a violence restraining order and was sentenced to eight months in prison, which he had already served.

‘As you know, I wasn’t convicted of some of those things’, Cousins told Zempilas.

‘But I agree with you yeah, some of it is inexcusable.’

When asked if he was embarrassed about where he ended up, Cousins replied: ‘I’m not proud.’