Anyone looking to kickstart the savings habit could consider snapping up a regular savings account, especially as First Direct today upped the rate to 3.5 per cent on its version.

A regular savings account is effectively a monthly saver which allows savers to set aside cash each month up to certain amount.

Although the cost of living crisis may be limiting Britons ability to put money aside each month, for those that can still afford to do so, regular savings accounts can make a good home for your money.

The rates on offer with regular savings deals are more generous because providers limit the amount you can put away each month to a small three-figure sum.

The best regular savings accounts pay up to 3.5 per cent compared to the best east-access savings deals paying between 1 and 1.5 per cent.

While they will be of limited benefit to cash rich savers due to the fact they limit customers to maximum deposits each month, they offer a great solution for those who have little or no savings built up.

With an estimated 62 per cent of Britain’s savings in easy access balances, according to this data, it represents a sizeable proportion of savers.

‘This suggests that people may not have a great deal to fall back on to cope with rising costs, if indeed they have a savings account at all.

‘We appreciate that times are difficult for many people but hope that savers are conscious of the peace of mind that maintaining a savings buffer can provide.

‘It’s also important that if you do have money in a savings account, it’s working as hard as it can for you by achieving a good rate of interest.’

The top easy-access deals currently on offer only pays 1.5 per cent. The best regular savings accounts, on the other hand, are offering from 2 per cent to as high as 3.5 per cent – although some come with tough eligibility criteria.

The rates are more generous because providers limit the amount you can put away each month to a small two or three-figure sum.

It will take time to build up your balance and therefore limit the total interest you are able to earn.

This means that whilst it will suit someone looking to save a little each month, those who already have a lump sum will earn more interest by stashing it all at once in an easy-access deal rather than drip feeding it into a higher paying regular savings deal.

Given that 81 per cent of easy access accounts are earning less than 0.1 per cent, according to Paragon Bank’s analysis – many savers could stand to benefit from checking whether their bank has a regular savings deal.

However, only some banks and building societies offer regular savings accounts, which means you may need to switch in order to take advantage of these deals.

First Direct has increased its regular savings rate from 1 per cent to 3.5 per cent – fixed for one year.

The account can be opened online or via the app with a minimum of £25 and customers can pay in up to £300 per month, totaling £3,600 a year, but you’ll need its current account.

Those whose monthly payments are less than £300 have the option to carry the allowance forward from previous months. This is more generous than its rivals.

Someone who stashed away £300 each month into this account would earn £58 in interest after one year. In contrast, someone stashing the same amount into the best easy-access deal paying 1.5 per cent would earn £25.

However, unlike with some regular savings accounts, you can’t make partial withdrawals with First Direct.

If you close your account before the end of the 12 month period, it’ll only pay you interest at its standard variable rate, which is 0.1 per cent.

NatWest and RBS both currently pay 3.25 per cent on balances up to £1,000 with a maximum monthly deposit of £150 allowed.

Someone stashing £150 into this account each year could expect to earn £26 over the course of one year.

For some stashing away the maximum £200 each month into either of these accounts, they could expect to earn £32 interest over the course of one year.

All of the above you need to be a current account customer. One open to all is from Saffron Building Society, paying 2 per cent. However, it limits savers to £50 a month meaning gains will be very slight.

In terms of the market leading deal, this is actually offered by Cambridge Building Society paying 5 per cent interest on its extra reward regular saver account, limiting monthly deposits to £250 with a maximum balance of £3,000.

However, unlike many other regular savings deals, withdrawals with this deal aren’t allowed for one year after opening the account. 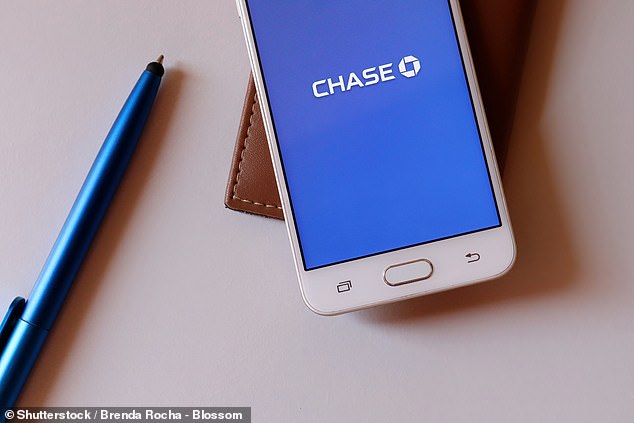 Chase bank currently offers the best easy access deal paying 1.5 per cent. You will need to have a Chase current account to apply.

For those that do attempt to withdraw, they will face a 90-day interest penalty to close their account and withdraw their cash.

Customers will also need to have had another savings or mortgage product with the building society for a minimum of three years to be eligible, which is a significant hurdle to jump over.

The account can also not be opened online which means you will have to set it up either in the branch, by post or over the phone.

That said, for an eligible saver stashing away the maximum £250 each month, after one year they would have accrued £82 in interest.

It pays 4.15 per cent to anyone who lives, works or studies in Bath and can save between £10 and £50 a month into the account.