A bizarre video has emerged of a shirtless man storming a laundromat and repeatedly throwing his possessions into a washing machine.

Police were called to a Gold Coast laundromat in Pimpama Shopping Centre just after 8pm on Thursday after reports of a stolen car being driven into a window.

Officers on the scene were told a male entered the adjacent laundromat and was acting suspiciously.

In the video, the man removes his clothes and shoes before throwing the items into a washing machine and slamming the doors.

He then sits on the laundromat floor to put his shoes and socks back on, but remains shirtless, wearing only a pair of brown shorts.

Security guard Wayne Heneker told Daily Mail Australia he was on his regular patrol at the shopping centre when he noticed a man inside the laundromat.

‘He was rolling around on the ground for about 20 minutes’, Mr Heneker said, adding the man appeared to be drunk.

‘Then he took off on foot and ran down the back of the centre where the service trucks enter and then straight down the train line.’ 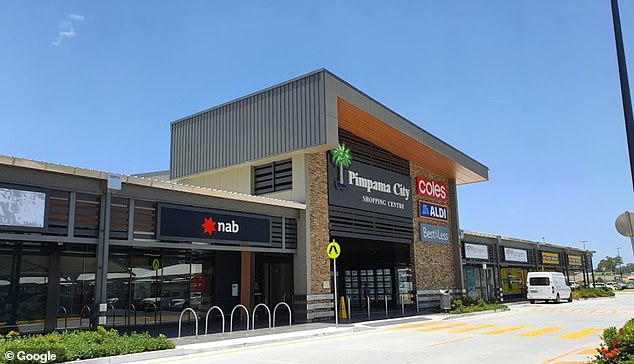 Mr Heneker said the shopping centre was quickly becoming a hotspot for young people to congregate in large numbers at night.

‘We’ve been experiencing some hooning issues in the area, young people with nice cars in crowds of almost 100 people,’ he said.

Officers found the man 20 minutes later as he entered the drive through of a fast food outlet.

The 30-year-old man from Oxenford was charged with one count of drug driving and will appear in court next month.