Looking for the best Xbox One S Black Friday deals? If so, eBay’s offering of a 1TB Xbox One S All Digital console with Minecraft, Sea Of Thieves and Fortnite for less than £100 might sound like the deal of the decade.

If you missed out, you’ll be pleased to hear eBay are restocking the bundle at 11am today (November 29). But you’ll have to be quick – once they’re sold out, they’re sold out.

It might seem too good to be true, but this eBay Black Friday deal is for real, and the battle for the cheapest Xbox One S bundle among retailers is in full swing.

What is the cheapest Xbox One S Black Friday deal?

The fight for the cheapest Xbox One S Black Friday deal all started thanks to a Lidl offer for an Xbox One S All Digital Console with three games: Minecraft, Forza Horizon 3 and Sea Thieves for just £129.99. The highly anticipated Lidl deal sent other stores like Amazon and Game into a frenzy to rival it.

The battle for the cheapest Xbox One S bundle is being fought out among retailers like Lidl, Tesco, eBay and Amazon

Tesco decided they wanted a slice of the pie too, and revealed an even better deal. The store unveiled almost exactly the same Xbox deal as Lidl for £109.99, except it has Fortnite instead of Forza Horizon 3.

Tesco’s crown for having the cheapest Xbox deal was however, short lived, because eBay has now announced the exact same bundle for only £99. It is a steal.

It bags you an Xbox One S that’s all digital (meaning there’s no disc drive and you can only download games on the Microsoft Store) ,console and controller and three digital games: Minecraft, Sea Of Thieves, and Forza Horizon 3.  Whilst Fortnite isn’t officially included in the bundle, you can still download it for free via the Microsoft Store.

It isn’t completely clear how much stock is available, but if you want to better your chances of netting one of these bargain video game consoles, heading down to your local Tesco and paying the extra tenner might be a safer choice. Just be aware that the 24-hour stores are closing at midnight tonight and will re-open on Black Friday at 5am tomorrow. 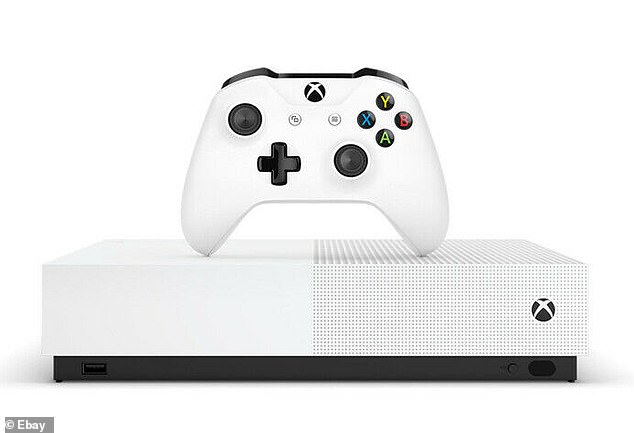 What is the Xbox One S All Digital Edition?

All your games, saves and backups are kept safe and secure in cloud storage, so you can play your games on any Xbox One. You can also pre-install games so that new games are ready-to-play on launch date.

Although there is no disc drive, you can get access to Xbox Game Pass, which means you’ll get instant access to over 100 games, including top titles like Gears 5 and The Outer Worlds.

Amazon is giving UK music lovers the chance to stream four months of Amazon Music Unlimited service for under one pound (that’s a saving of nearly £39). You don’t need to be a Prime member to take advantage of this amazing deal, but this trial promotion is only available for new subscribers.

Calling all Kindle users! You can get a 3-month free trial on Amazon’s Kindle Unlimited reading offer. That means you can explore over 1 million titles, thousands of audiobooks and selected magazine subscriptions for free.

Brits are expected to spend around £19bn million this Christmas, the bulk of it on presents with high tech gadgets leading the way.

The nation’s thirst for festive state-of-the-art products has been highlighted in a survey by Currys PC World which has produced a top ten list of must-have Christmas tech gifts to help buyers land that perfect present.

It shows that the craze for avant-garde speakers continues, while more traditional items with a modern twist, like doorbells and coffee machines are also in demand.

Leading the way is a JBL portable Bluetooth speaker followed by the new Google Nest mini, which not only plays sounds but also carries out a range of voice assisted tasks. In third place is the Samsung Galaxy tab.

This year’s trend also show that the focus is on being practical; giving gifts that feel generous, but will be useful, functional and have life after December 25th.

Currys insist that customers are after a gift that might improve someone’s existence, by making their life easier or safer.

The list was compiled through Currys Customer Collective, which brought together 100 customers from all over the country to test different tech products to establish which ones they liked most for the forthcoming Christmas rush.

Other potential gifts in the top ten include: two different brands of wireless speakers; a doorbell; coffee machine and the latest hand held games counsel from Nintendo.

Dan Rubel, Customer Communications & Brand Director, Currys, said: ‘We’ve challenged our new Customer Collective to work out the very best tech gifts in order to guide our customers through the decision making process surrounding all the amazing tech out there.’

The full 10 Currys PC Worlds Customer Choice Christmas Gift of the Year 2019 are:

Check out our discount section for Amazon deals and offers.