A man who met his long-lost brother for the first time after 50 years despite living just a mile away from him has died suddenly.

In a heart-wrenching episode of ITV’s Long Lost Family, viewers were introduced to Steve Belshaw, 54, from Blackpool, who was looking for his mother, who placed an advert in her local paper to find new parents for her son when she was a teenager.

Through the show, Mr Belshaw learned he had a half brother, Robert, 45, living just a mile from him in Lancashire.

But Mr Belshaw died earlier this month, just two weeks after the show aired, it can be revealed.

Steve Belshaw, who was reunited with half brother Robert while searching for his birth mother on ITV show Long Lost Family, died last week of unknown causes 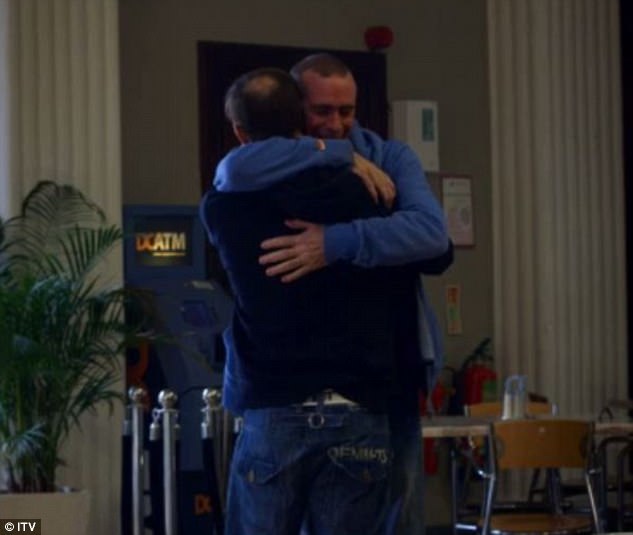 Mr Belshaw, 54, from Blackpool, was devastated when he was told the birth mother he was hoping to meet had died. But he was later introduced to his half-brother Robert, 45, who has been living just a mile away. Pictured is the moment the brothers met for the first time 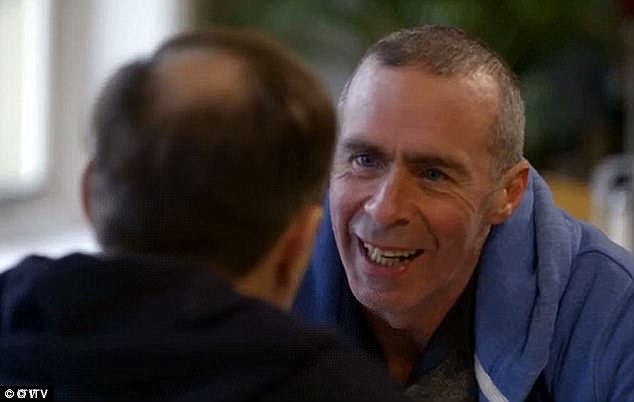 Mr Belshaw, pictured speaking to his brother for the first time, was ‘taken too soon’ and his family are ‘devastated’, according to partner Kelly

The cause of his death is currently unknown and friends on Facebook have been paying tribute to him.

His partner Kelly told the Daily Mirror: ‘I don’t know what to say other than we’re devastated and he’s been taken from us far too soon.’

Mr Belshaw’s search for his mother struck a chord with the nation due to his devastated reaction to learning that mother Frances Unsworth died in 2004 – 13 years before be began his search.

He and his brother were then filmed as they met each other for the first time in a scene which left viewers ‘sobbing’ into their tissues.

Emotional: The heart-wrenching episode left viewers ‘sobbing’ into their tissues

Mr Belshaw and his half-brother met up in a park where unbeknownst to one another, they had both played as children.

Robert, who knew Mr Belshaw existed but didn’t know where he was, said he wanted to become a friend as well as a brother to him.

The touching moment sparked an outpouring of tweets from viewers overcome with emotion at their life-changing reunion. 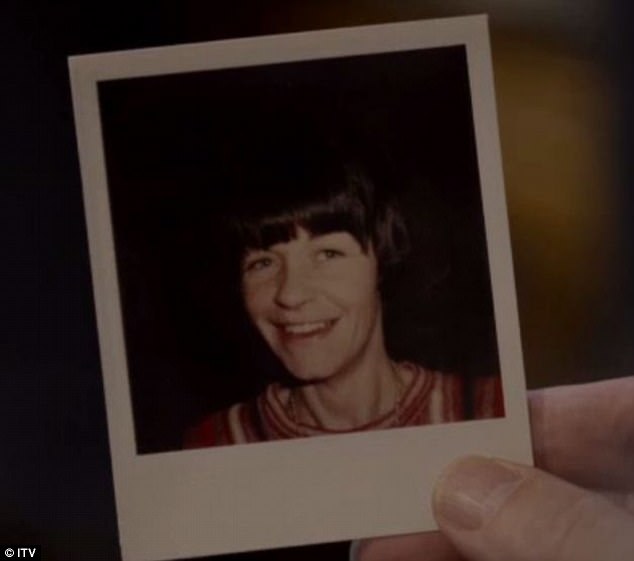 Mr Belshaw’s mother, pictured, fell pregnant as a teenager and placed her son up for adoption after her boyfriend died in a motorcycle accident during the pregnancy 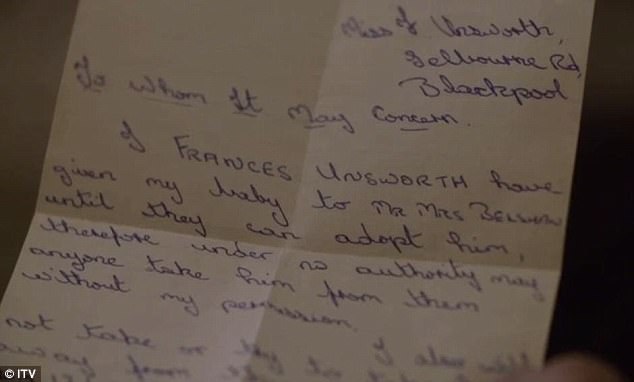 Mr Belshaw, an environment consultant, only had two letters to remind him of his birth mother Frances, pictured, before meeting Robert and being shown photographs of her

Outpouring: Emotional viewers were gripped by the twists and turns of Mr Belshaw’s personal story

Another viewer called Katie posted: ‘If you don’t cry watching this, you’ve a soul of stone #longlostfamily.’

Mr Belshaw, an environmental consultant, only had two letters to remind him of his mother Frances, which she had written to his adoptive parents.

It transpired that Frances decided to give Mr Belshaw up for adoption when she was just 18 because her boyfriend, his father, died while she was pregnant with him.

Heart-wrenching: Twitter users shared their happiness after Steve and Robert were reunited

She advertised for prospective adoptive parents in the local newspaper and chose a local Blackpool family, who didn’t see her again once she handed Mr Belshaw over to them.

Speaking on the show, he said he didn’t feel any resentment towards his mother for giving him away, telling the cameras: ‘I think it’s extremely unusual to advertise your unborn child but it’s an extraordinarily loving thing to do.

‘Knowing that she went to all that trouble to find the best parents she possibly could find to me speaks volumes about her character.’

Long Lost Family presenters Nicky Campbell and Davina McCall tracked Frances down via her marriage certificate, and from this were able to find her death certificate. 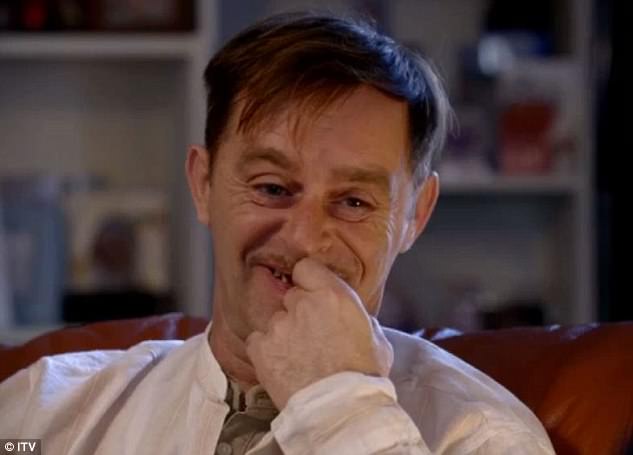 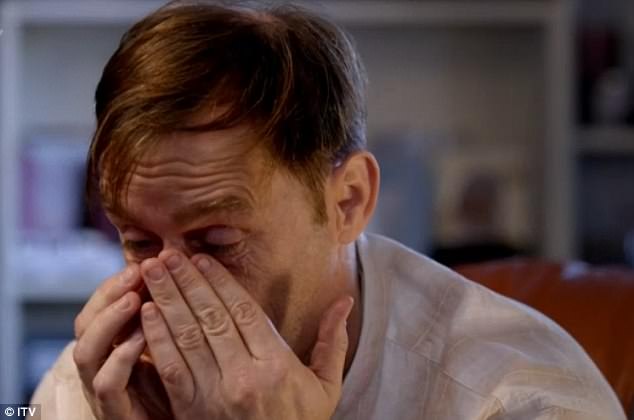 They found out that Frances had another son, Robert, who knew that Mr Belshaw existed but didn’t know how he was put up for adoption or where he was.

Robert, who lives with his partner Kelly and their six children, agreed to meet him in Stanley Park, where both men had played as children.

When they met for the first time the brothers shared a long hug, and Robert told his brother stories about their mother.

Robert said:  ‘She always said to me that your dad was the love of her life and when he died it just destroyed her.’ 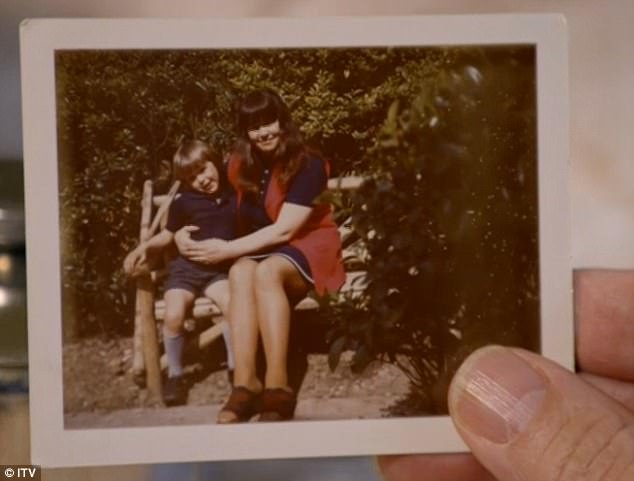 When they met, Robert showed Mr Belshaw photographs of his mother as a young woman, pictured 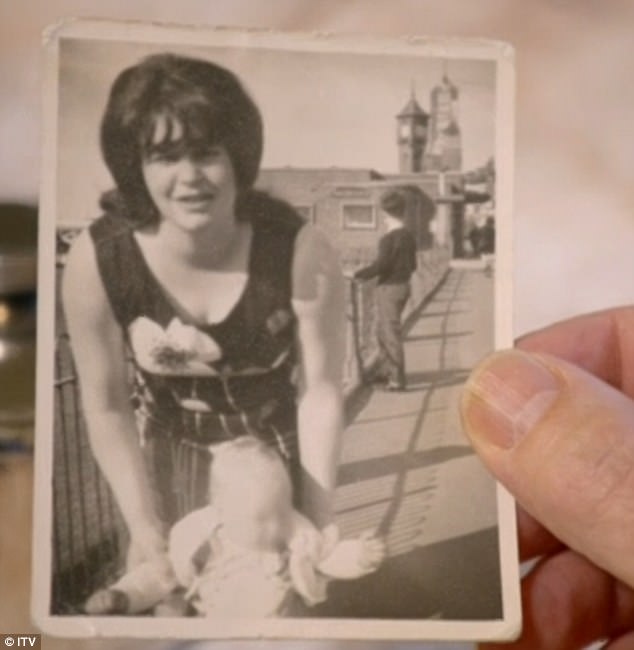 Mr Belshaw was overwhelmed when he realised that his mother, pictured, had never forgotten him 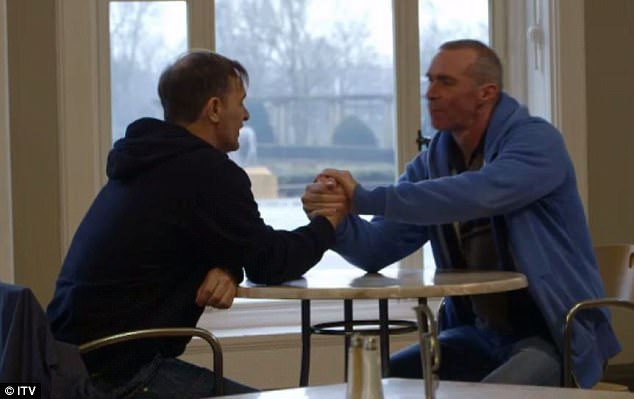 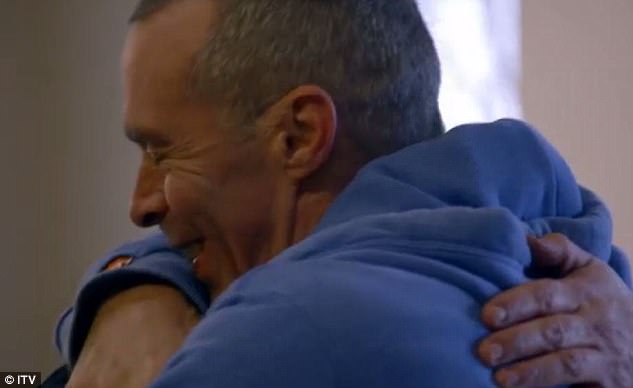 Mr Belshaw was overwhelmed that his mother hadn’t forgotten him and told his brother about him, and said: ‘I’ve carried that hope with me for my entire life. To know that makes me so enormously happy.’

He was introduced to Robert’s children, and the brothers said they were looking forward to getting to know each other.