It is good news for middle–aged men worried their medications may be causing problems in the bedroom.

A study has found that despite previous warnings, statins and blood pressure tablets do not cause impotence.

Many people believe taking medication for cholesterol or blood pressure comes with the side effect of erectile dysfunction. Statins, for example, have been warned to lower testosterone, raising fears about sexual performance.

A study has found that despite previous warnings, statins and blood pressure tablets do not cause impotence

But researchers from McMaster University in Canada found no link between the drugs and impotence after monitoring more than 2,100 men.

Those men convinced it is their medication to blame may find their problems in the bedroom are psychological or a side effect of their clogged arteries instead.

The findings are hoped to encourage more men to take statins, following claims that tens of thousands of people die every year after refusing to take the drugs because of their perceived side effects.

The study’s lead author, Dr Philip Joseph, from the Population Health Research Institute at McMaster University in Ontario, said: ‘Men who develop erectile dysfunction while on medications commonly attribute their symptoms to the medications.

‘Our findings suggest that these two medications do not negatively impact erectile function, which should be reassuring to men who are taking them.’

Blood pressure medication has long been warned to have the side effect of reduced sexual desire and erectile dysfunction.

Impotence is listed as a side effect of statins along with muscle pain and sleep problems. Last year Professor Peter Sever, from Imperial College London, warned tens of thousands of people are dying every year about fears over statins’ side effects, calling for information about them to be removed from the pills’ packaging. 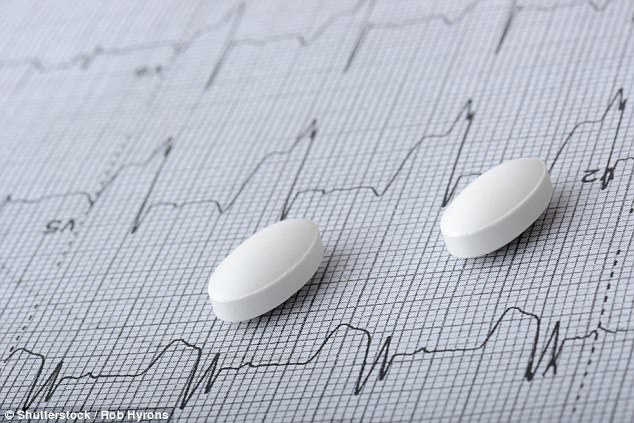 The Canadian study tested the effect of a statin and blood pressure drug on 2,153 men with an average age of 61, who were followed up for more than five and a half years. They found no difference in these men’s level of impotence, recorded using a questionnaire on sexual problems.

It follows a 2016 study presented at the European Society of Cardiology which suggested statins may even help to beat impotence and give men a boost in their sexual function.

Explaining why men believe the drugs will make them impotent, the Canadian researchers state: ‘The onset of erectile dysfunction often occurs with the development of cardiovascular risk factors, and because medications to reduce blood pressure or cholesterol are concurrently prescribed as treatment, a large proportion of men may attribute their erectile dysfunction symptoms to these medications.’

In other words, the problems causing men to take statins and blood pressure drugs are likely causes of impotence in themselves.

High cholesterol which is treated with statins can clog arteries, causing blood flow to slow, which may lead to problems getting and maintaining an erection. High blood pressure also damages arteries in the genitals, which has the same effect.

A previous study has also found people given medication where they are told impotence is a side effects are twice as likely to develop that problem – suggesting part of the issue may be psychological.

The latest findings are published in the Canadian Journal of Cardiology.