A boat carrying young migrants has landed on a beach in southern Spain, catching holidaymakers by surprise in the second such incident in two days.

Video footage shows the boat approaching the shore and at least two dozen people jumping off into the shallows before running across the sand.

The migrants, seemingly all young men, dash past beach-goers on their towels as they try to make it off the sands before being caught by authorities.

Some of them even wave to the people enjoying a day out on the beach, who are heard wising them luck, cheering them on and offering them water.

The incident took place on the beach of Fontanilla, in Conil de la Frontera, in the southern Spanish province of Cadiz in the region of Andalusia.

According to local media, authorities detained those who had arrived on the boat, of which 13 were minors, shortly afterwards.

The incident took place two days after another similar incident on a beach located just a few miles north of Fontanilla. 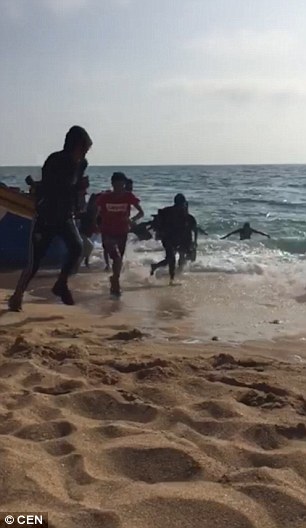 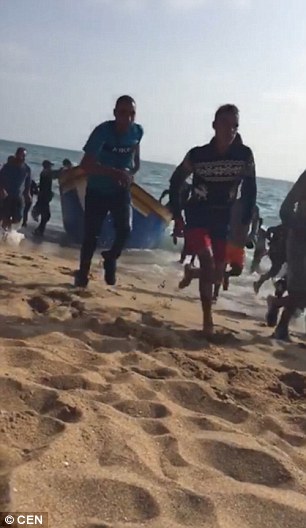 Run for freedom: The migrants, seemingly all young men, dash past beach-goers on their towels as they try to make it off the beach before being detained 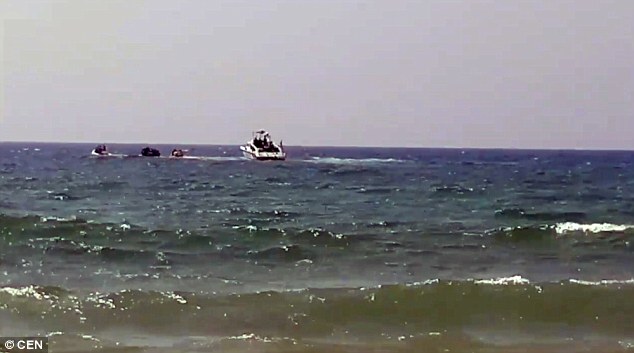 Coming in:  According to local media, Spanish authorities detained the people who had arrived on the boat soon afterwards

Holidaymakers watched a semi-inflatable carrying around 50 people, including at least 19 children, land on Barrosa Beach, some seven miles from Fontanilla.

Footage shows refugees sprinting up the popular beach at about 3.30pm on Sunday before attempting to scale cliffs.

The incident happened near a purpose-built residential and tourist resort called Sancti Petri which boasts shops, restaurants and several four and five-star hotels.

According to local police, some 25 of the migrants, all Moroccan citizens, had been intercepted – 19 of whom were minors. 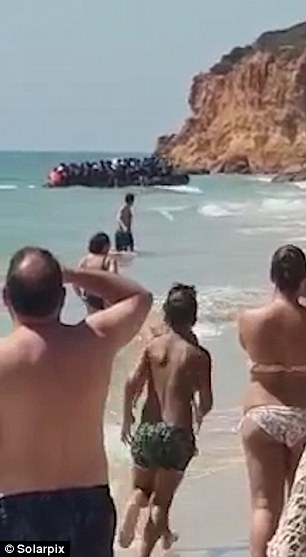 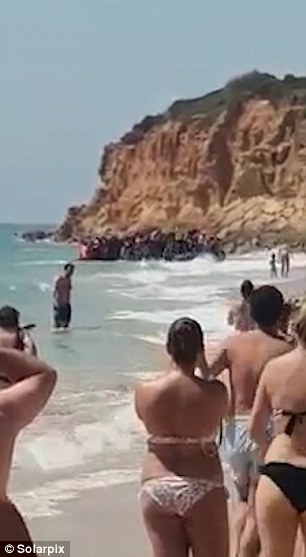 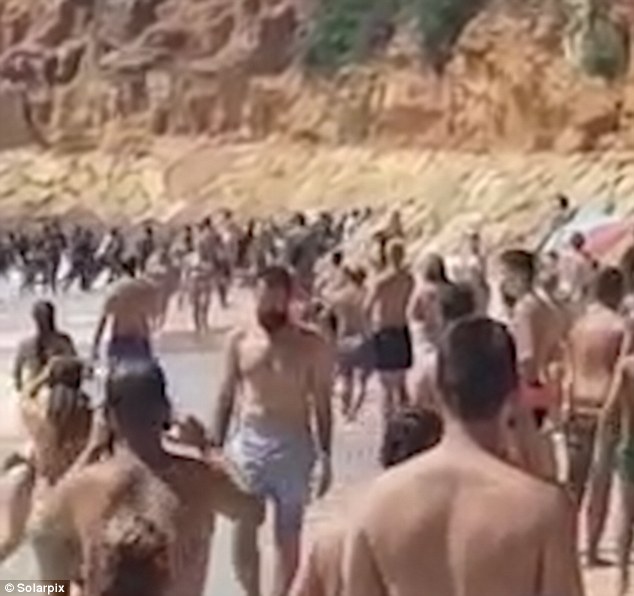 The incident happened around 3.30pm on Sunday at Barrosa Beach, considered to be one of the best beaches on Spain’s southern coast

A spokesman for the force said the six adults would be taken to an adult migrant holding centre before being returned to their country of origin as part of an agreement with Morocco.

Local media report that at least 500 migrants have landed on the Andalusian coast on 18 different boats since Friday.

The number of migrants and refugees using the western Mediterranean route to reach Spain stood at 20,992 between January 1 and July 25 according to the IOM, close to the 22,108 people who used it during the whole of last year.