BORIS BECKER: Nick Kyrgios is already a winner at the Australian Open

At Wimbledon last summer, I offered the view that Nick Kyrgios had perhaps one year to make the changes that would allow him to fulfil his potential. Finally, it appears that might be happening.

Regardless of what happens in his fourth-round match against Rafael Nadal, there is a lot he can take away from this month that will serve him well for the rest of the season.

To me, there is a clear link between his leading role in raising money for victims of the Australian bushfires and what is happening to him on the tennis court.

When you start showing that sort of maturity off the court it is going to be reflected in your performances and I was very impressed how he generally kept a cool head in difficult second and third-round matches.

A related factor is that I suspect it is very important to him to get this kind of respect in his home country.

Nick sometimes gives the impression he doesn’t care what people think of him but he wants to be liked more than he lets on, especially in Australia.

To have received the support he has here over the past few weeks, going back to the ATP Cup, is huge for him.

Whether he can keep the focus beyond this event remains to be seen but, hopefully, he is going to want more of this. 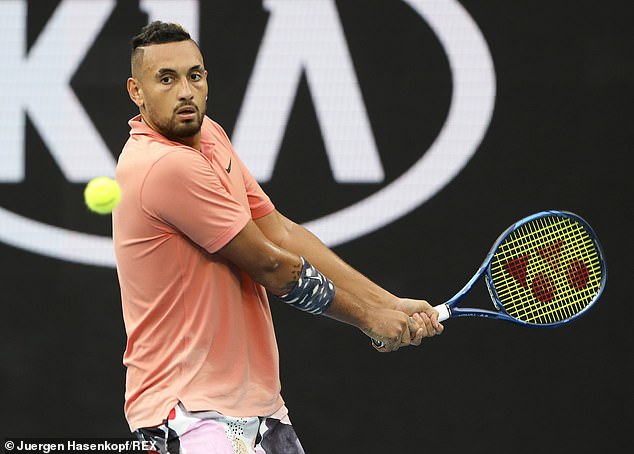 Nadal remains favourite but Kyrgios has pretty much the perfect game to play him.

His big serve needs to be working but another shot is his powerful cross-court backhand. Rafa likes to dictate from the baseline with his forehand and this helps counter that.

Kyrgios needs to keep the points short and get some free ones off his serve.

While I was pleasantly surprised how his fitness held up against Karen Khachanov, he is going to feel that on Monday, which makes it even more difficult. Whatever happens, I am more optimistic about the Australian’s prospects.

If we gradually start to see a more mature and successful Kyrgios, that is good for the game. 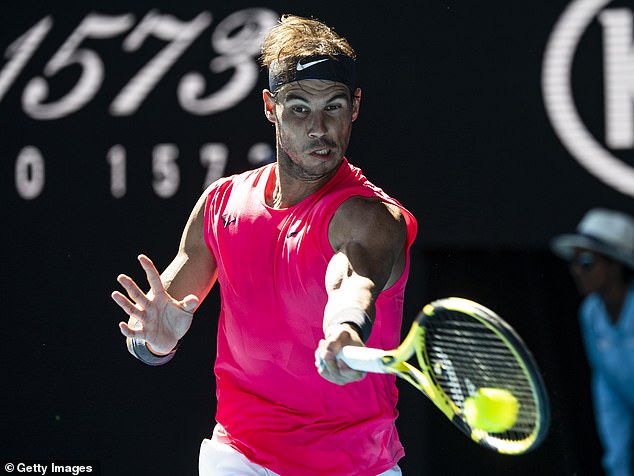 Time running out for Serena

Two thoughts struck me after Serena Williams’ third-round exit. She needs to be a bit more humble about her opponents and a bit less hard on herself. As much as I respect her, there did seem to be an element of Serena underestimating her opponent, Qiang Wang, who played an excellent match.

I got the impression her support box were already thinking about the second week and you cannot do that when there are so many good players around.

It was not just that she did not play to her usual level, her extremely athletic opponent also played well.

Wimbledon and the US Open have now become massively important for the great American because you could not describe her as a favourite for the French Open, with the movement required on clay. If she does not win in London or New York, it is going to get even more difficult for her to win that elusive 24th major. 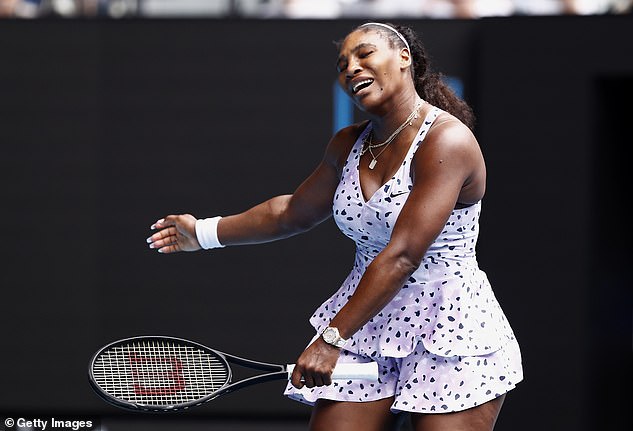 I also think she needs to play more tournaments to prepare her for the Grand Slams. She only played eight last year and it is looking like that is not enough.

She was very hard on herself after this defeat and she should not be. It is an unfortunate consequence of when you get older in your career that there are days when you get out of bed and you do not feel as sharp as you might on other days.

Serena has had an extraordinary career and has other hugely important areas of her life such as her daughter and family.

Tennis is not everything, and nobody should underestimate how hard it is going to be for her to win another Slam. 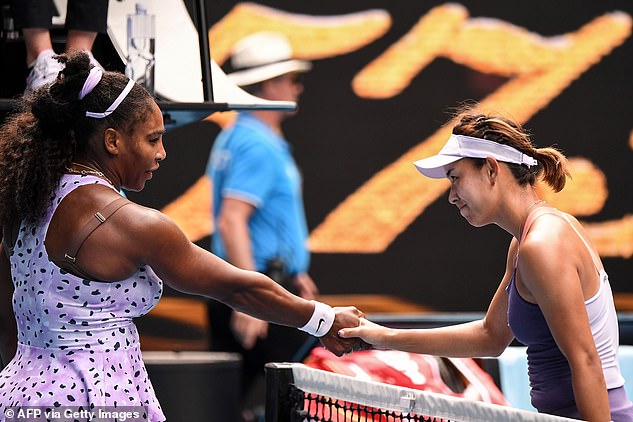 Even before she knocked out defending champion Naomi Osaka I was taken aback by the hype around Coco Gauff. I thought: ‘Give her a break.’ I am not convinced she is quite as good yet as people are making out.

There is no shame in her losing in the fourth round, especially as there are areas of her game that still lack quality and need improving if we are already judging her by the highest standards.

The swing on her forehand and her strategy in playing points would be two examples. 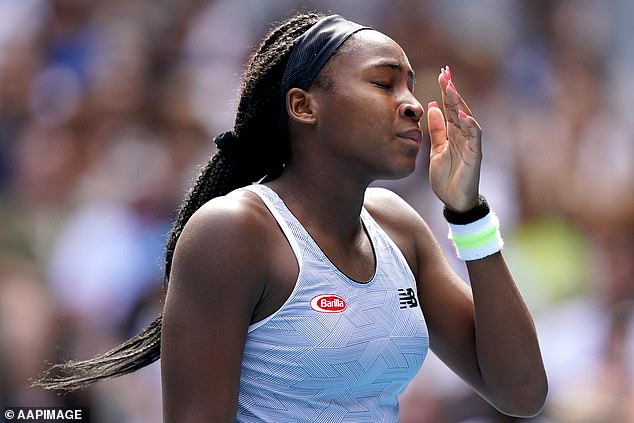 We have to remember that she is by no means the first 15-year-old girl to come along who is very good and the game as a whole has to be careful we do not put too much pressure on her.

How complicated the journey can be is shown by the experience of the player she beat on Friday, Osaka. She looks mentally very fragile at the moment and this has come about after she has won two majors already.

The best thing Coco can have is a bit of space in which to develop her game. There is no question she has amazing poise and talent for her age but it is not going to happen for her on Tuesday. The youngsters need to learn from their elders. 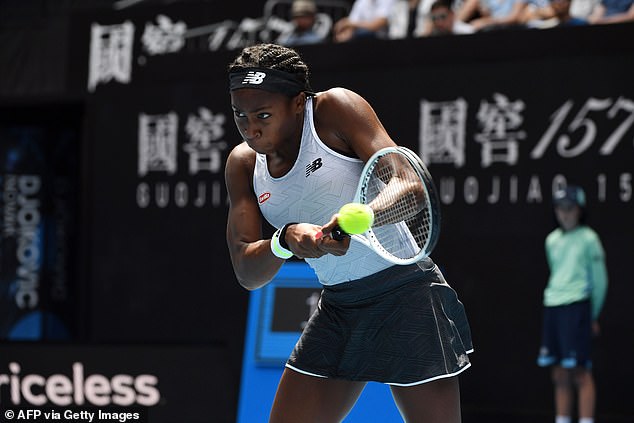 Canada’s Denis Shapovalov and Felix Auger-Aliassime were among the surprise exits but, to me, the biggest early casualty was Stefanos Tsitsipas after what he did here last year and his victory at the ATP Finals in November at the O2 Arena.

He came up against big server Milos Raonic in the third round and did not seem to have any plan to combat him.

I still wonder if some of those coming through realise what it takes to make it to the top.

When I won Wimbledon in 1985 and 1986, I didn’t understand either. Those wins came too early for me and it was only when I had a bad year in 1987 that I understood what would be required to improve and I then became a much better player. 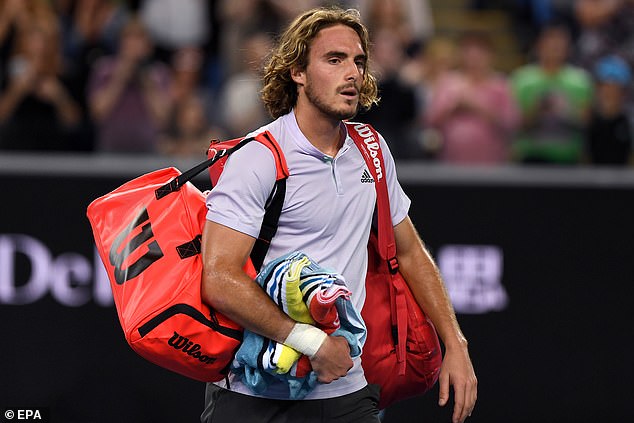 It is interesting that both Tsitsipas and Alex Zverev won the ATP Finals in London the past two years.

That makes it harder for any coach to tell them what needs to be done to improve because what they have done has already brought a degree of success. The two who look to me most willing to make the most of their talent are the Russians, Daniil Medvedev and Andrey Rublev.

They could all look at how Novak Djokovic and Nadal keep managing to improve. Djokovic looks to be serving the best he ever has and it is why I still have him as strong favourite for this event.

Nadal became outstanding on hard courts in the past five years. They are never satisfied and that is the mindset you need. 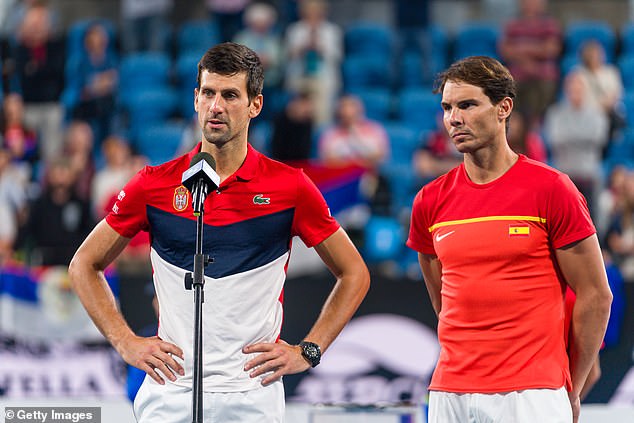 I still think Dan Evans can be a top-20 player but I am not sure what happened to him last week. He played so well in the ATP Cup and then he loses in straight sets to Yoshihito Nishioka who, in turn, was made to look very ordinary by Djokovic.

It seems that something is still missing and he needs to apply himself again. I am always interested in the British results and it was a shame not to see any singles player go beyond Thursday.

Jo Konta was the most disappointing, although there has subsequently been perspective applied by her conqueror — Tunisia’s Ons Jabeur has made the quarter-finals.