Lawyers dealing with Wimbledon legend Boris Becker’s mountain of debt are understood to have written to TV companies employing him, telling them not to pay him a penny more.

London insolvency administrators Smith & Williamson have reportedly written to all Becker’s employers, including Eurosport and the BBC, saying fees he earns will in future have to be paid to them directly.

Becker, 49, was declared bankrupt in June after a private London bank claimed he owed them almost £10million, but it is alleged that his debts are several times this amount.

In debt: London insolvency lawyers at accountancy firm Smith & Williamson have allegedly written to all TV channels employing Boris Becker, pictured in London last night, saying fees he earns will in future have to be paid to them directly

Simon Seddon of Smith & Williamson told Germany’s Bild newspaper:  ‘We try to satisfy the creditors, of course. But we cannot say whom we are approaching in detail.’

‘Boris Becker is insolvent in the whole of Europe,’ ran the newspaper’s headline, reporting that Cologne lawyer Jan Gross, examining claims and assets in the Becker case in Germany, scoffed at Becker’s assertion that he is ‘only’ insolvent in the UK.

Gross, who has been hired by the London administrators to pick over his remaining assets on the continent said: ‘The bankruptcy in an EU state is valid throughout Europe.’

He also told the paper that his firm is also charged with investigating whether Becker still possesses real estate assets. 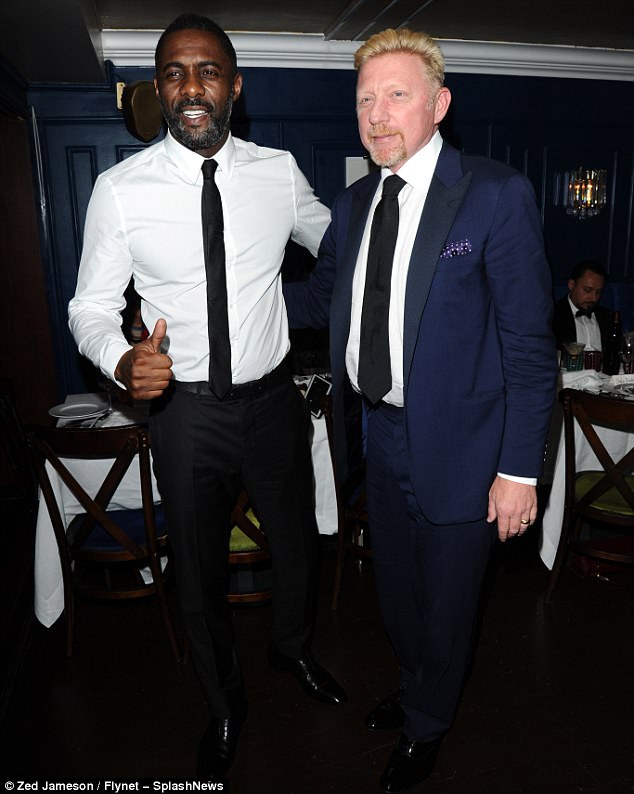 Cheering up? Becker is pictured with actor Idris Elba at the International Day Of The Girl Charity Gala in London on Wednesday Last hand: Becker, seen taking part in a poker tournament in Vienna last week,  was declared bankrupt in June this year following claims he is tens of millions in debt

Eurosport who recently extended his contract by one year until the end of 2018, refused to comment on ‘contractual details.’ The BBC has declined to comment as it is a ‘personal matter’.

MailOnline has representatives for Becker, but had not had a response at the time of publication.

This follows the news that the six-time grand slam tennis champion borrowed £2million from his friend John Cauldwell, the founder of Phones4U to pay off his huge debts.

A financial adviser introduced Becker to Mr Caudwell, 64, about three years ago and a loan was agreed with an interest rate of 25 per cent, which Becker has repaid, the Times reported.

The parlous state of the former Wimbledon winner’s finances emerged in June when a London court declared him bankrupt over a £3.3million debt.

But it swiftly became clear that he was being chased for tens of millions more. 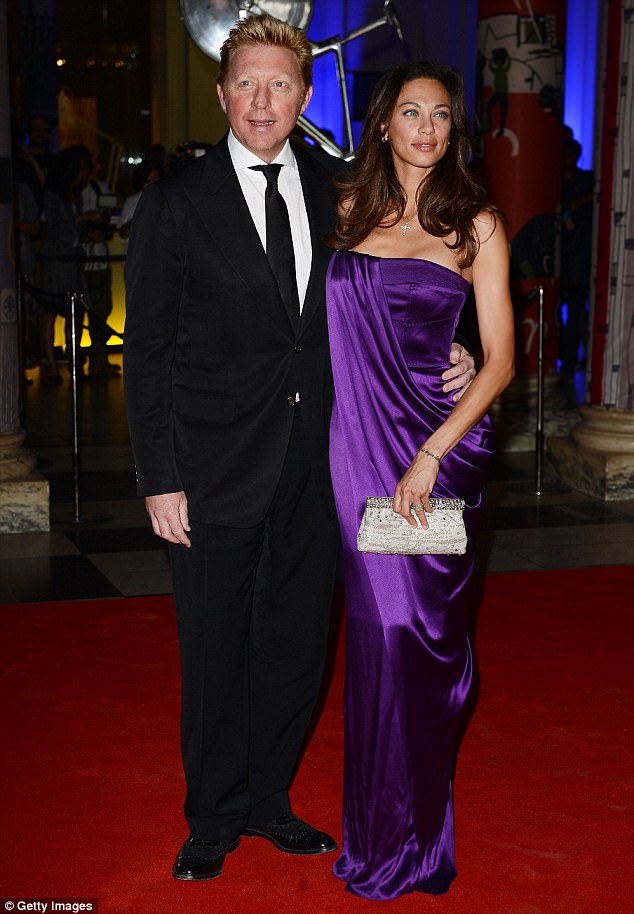 In trouble: Becker lives in London with his second wife Lilly Becker and their young son

Becker, who commentates for the BBC on Wimbledon where he took his first major title aged 17, may even be forced to sell his trophies to help settle his bills.

Embarrassingly, he has been barred from moving them from his London home.

The 49-year-old German is said to have amassed up to £100million during his tennis career.

However, a fabulously expensive divorce after his infamous encounter with a woman in a restaurant broom cupboard, and a series of bad business decisions, have led him into financial difficulties.

He is said to owe up to £10million to London bank Arbuthnot Latham and Co, and a further £32million demanded by his Swiss former business partner Dr Hans-Dieter Cleven.

Accountants say further cash demands from other creditors are ‘probable’.

Becker has tried to claim his sprawling villa in Majorca is worth many millions – but it has failed to sell before.

An expert valuation has also suggested his assets after mortgages are taken into account amount to less than £500,000.

Becker’s barrister told the London bankruptcy court in June that the Wimbledon star was ‘not sophisticated when it comes to finance’.