Boris Johnson has urged China to put pressure on Vladimir Putin to end his war in Ukraine.

The PM appealed for Xi Jinping to use his influence on the Kremlin during a ‘frank and candid’ 50-minute call today.

It was the first time the leaders have spoken since the crisis erupted. Beijing has been trying to strike a delicate balance between the ties it has forged with Russia over recent years and falling foul of brutal Western sanctions.

The US has been concerned China could supply military equipment to help Putin’s forces cope with losses in Ukraine and the economic punishment.

In the discussions with Premier Xi, Mr Johnson reiterated the message from a NATO summit yesterday that Beijing should uphold the international order and principles of sovereignty.

A Downing Street account of the conversation said: ‘The leaders discussed a range of issues of mutual interest – including the situation in the Ukraine.

‘It was a frank and candid conversation lasting almost an hour. They agreed to speak again soon.’

A No10 spokesman added: ‘Obviously, the Prime Minister has been talking with a lot of world leaders and quite regularly throughout the course of what has happened in Ukraine. 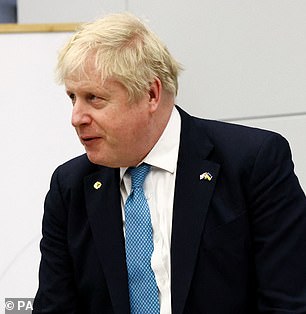 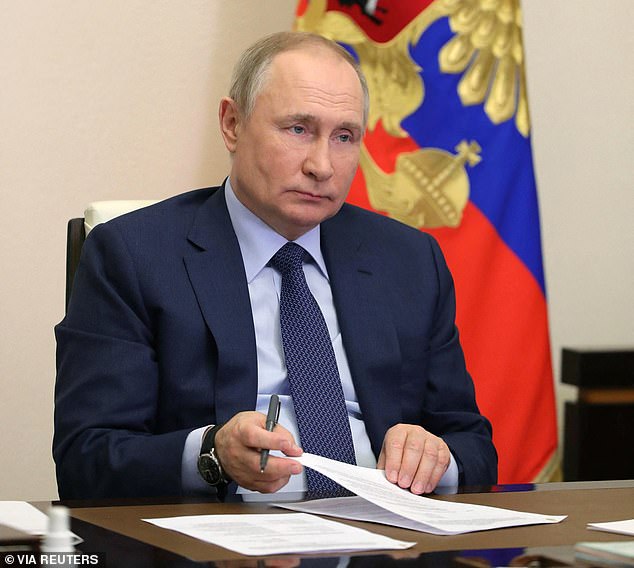 ‘This is part of the Prime Minister’s wider engagement with world leaders so he can set out our position on where we think the current situation is.’

It is understood Mr Johnson set out the UK’s position on Ukraine and that pressure should be put on President Vladimir Putin to withdraw troops.

The PM ‘expressed again his sympathy with the victims of the flight that crashed in China last week’, while Premier Xi ‘conveyed his best wishes’ for the Queen’s Jubilee.

Yesterday NATO secretary general Jens Stoltenberg called on Beijing to use its ‘significant influence’ on Russia to press for an immediate peaceful resolution to the crisis.

In a joint statement, the alliance’s leaders, including Boris Johnson, called on China to ‘cease amplifying the Kremlin’s false narratives’ about the war and NATO.

‘We call on all states, including the People’s Republic of China (PRC), to uphold the international order including the principles of sovereignty and territorial integrity, as enshrined in the UN Charter, to abstain from supporting Russia’s war effort in any way, and to refrain from any action that helps Russia circumvent sanctions,’ they said.

UK Trade Secretary Anne-Marie Trevelyan has suggested China could be hit with sanctions if it supplied arms to Russia, in the same way Belarus had been targeted with economic measures. 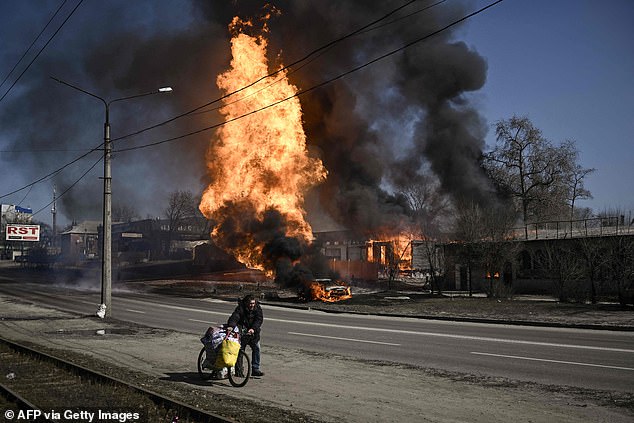 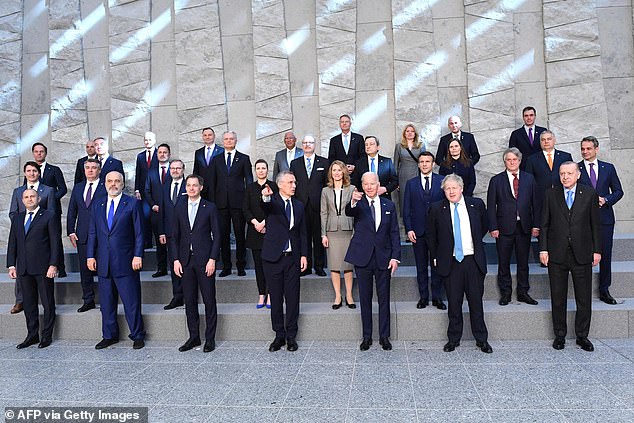 In the discussions with Premier Xi, Mr Johnson reiterated the message from a NATO summit yesterday (pictured) that Beijing should uphold the international order and principles of sovereignty

‘We’ve sanctioned Belarus right alongside Russia precisely because they basically said feel free to park your tanks on our lawn,’ she told The Sun.

‘That is just not acceptable.

‘Anyone who wants to support the outrageous and illegal invasion of a democratic nation needs to be cognisant of what they’re doing and the impacts that is going to have elsewhere.’

The PM’s official spokesman said yesterday that the UK would ‘continue to talk to the Chinese government, Chinese leadership at all levels to condemn Russia’s invasion of Ukraine as part of imposing the maximum possible pressure on Putin’.