A former boxer who killed a man who had terrified a NSW household by wielding a carving knife and smashing windows has been jailed for at least two years and nine months.

Garry Brent Charters hit Mathew James LeBroque with a piece of wood at least twice after he tried to stab him through the flyscreen door, demanding to see his partner who had been subjected to his violence.

In December 2019, a Bathurst jury found Charters not guilty of murder but guilty of manslaughter on the basis of excessive self-defence.

He said the crime was well below the mid-range of seriousness for manslaughter, finding that at the time Charters hit Mr LeBroque he had feared for his safety and the safety of the others in the house.

The 31-year-old victim was killed in the early hours of November 19, 2017 when he tried to get into the residence at Forbes, in the NSW central west, where nine people were present.

About three days earlier, Mr LeBroque had used the same piece of wood that killed him to attack his partner on her back, the back of her legs and her head.

He was moderately affected by the drug ice and alcohol when he arrived at the Forbes home, armed with a knife, demanding to see his partner and making threats and taunts towards Charters.

He tried to stab another man in the face and smashed nearly every window at the front of the house, the judge said.

He was heard to say there as ‘a bikie at the end of the street counting bullets’ and appeared to have ‘no fear of anything’. 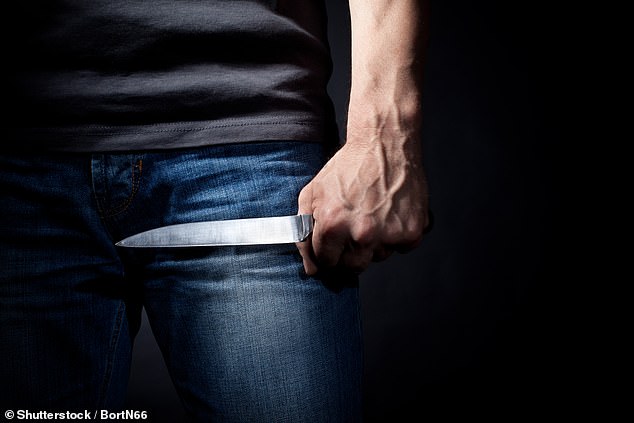 The judge found Charters placed his life in danger as he tried to block the front door, but Mr LeBroque tried to stab him through the screen and did not respond to efforts to calm him down.

In a bid to knock Mr LeBroque out because he was out of control, a co-accused – who was acquitted of murder and manslaughter – held him in a bear hug as Charters hit him with the wood.

Charters was on parole at the time for custody escape and stalking offences.

Reports indicated he may have a traumatic brain injury or a mental condition, possibly relating to his being knocked out in boxing fights and after a car accident.

The judge accepted Charters was genuinely remorseful and had reasonable prospects for rehabilitation in relation to serious violence offending.