Boy, 15, under ‘house arrest’ as ‘real father’ of baby Russian schoolgirl said was boy of ten’s

A 15-year-old boy is under ‘house arrest’ as the suspected real father of a schoolgirl’s unborn baby after she sensationally claimed she had been made pregnant by a boy aged ten in Russia.

The case received worldwide attention last month after the pair went on a prime-time Russian TV show to describe their unlikely relationship.

The girl, called Darya, had insisted that only the little boy, Ivan, could have made her pregnant when she was 13.

The girl stuck to her story even though a doctor who examined the boy for the show said he was too sexually immature to be a father.

Now Russia’s biggest daily newspaper Komsomolskaya Pravda has reported that a 15-year-old boy is suspected of being the real father after the police became involved in the case.

The girl, called Darya (left) had insisted that only the little boy, Ivan (right), could have made her pregnant when she was 13 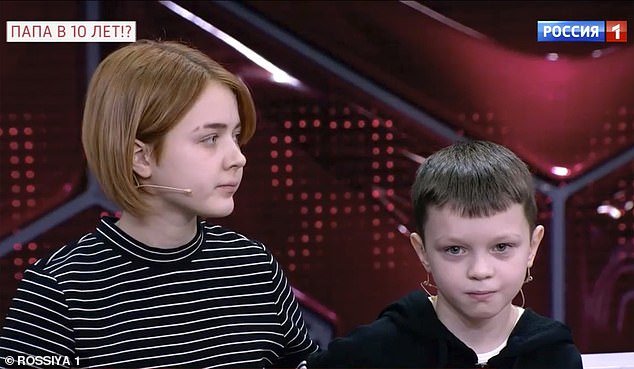 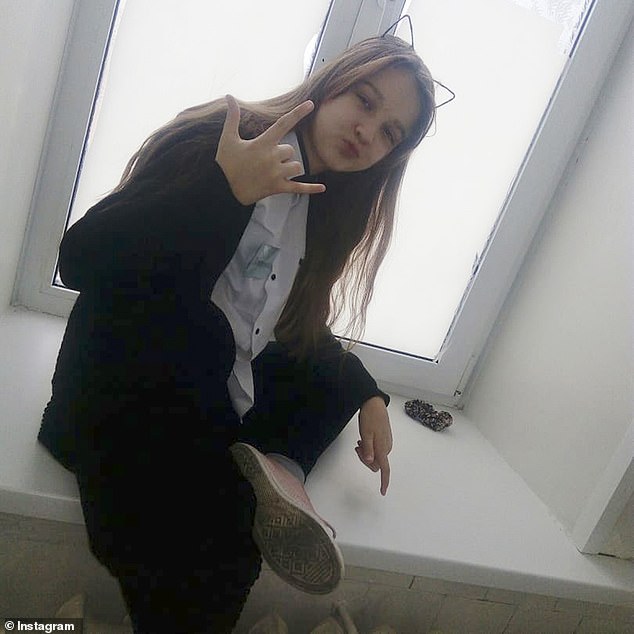 Darya insisted that Ivan, 10, had made her pregnant but now a 15-year-old is suspected

Darya’s family has made a statement to police involving the boy, said the pro-Kremlin newspaper, citing its own sources.

He was identified as Stepan but the paper acknowledged this was not his real name.

He was reported to be under house arrest in the Krasnoyarsk region of Siberia.

The age of consent in Russia is 16.

Neither the police nor Russia’s Investigative Committee have commented on the report which has been widely reported in the country.

Since the case broke, the girl – now 14 – has gone on to secure popularity as a would-be ‘influencer’ on Instagram, where she has 89,000 flowers, and TikTok.

She tagged her posts with the words ‘Pregnant at 13’. 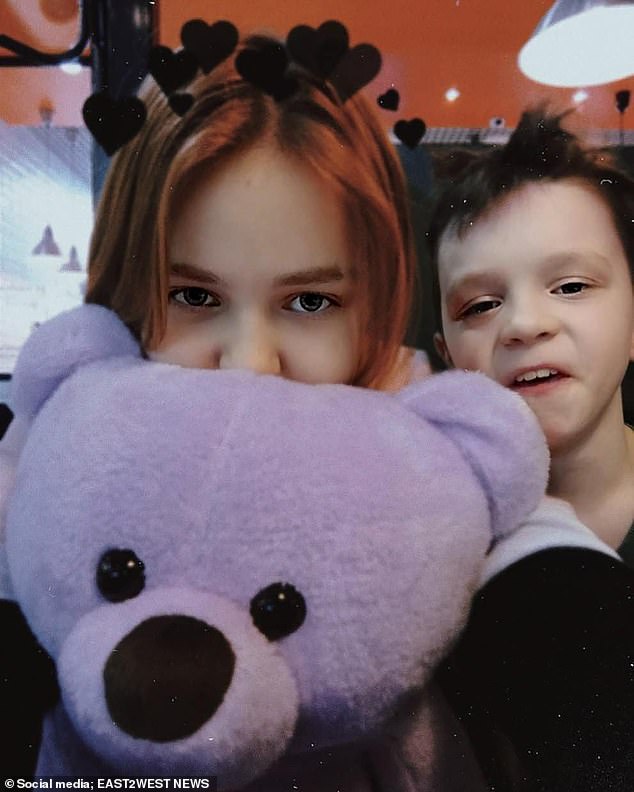 Darya, left, stuck to her story even though a doctor who examined Ivan, right, said he was too sexually immature to be a father 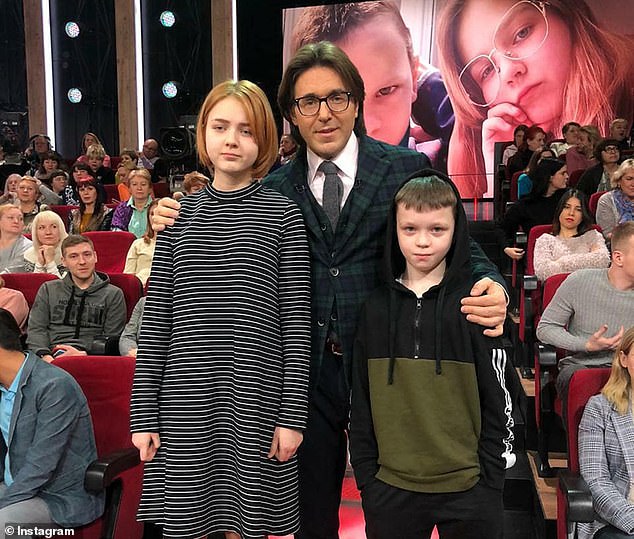 The girl’s mother Elena – reported to be terminally with cancer – had said of the pregnancy that she now had a ‘reason to live’.

At first she thought her daughter had gone down with food poisoning before realising she was carrying a child, she said.

Darya told viewers during last month’s TV show that it was Ivan’s idea to have sex.

She said: ‘But I did not mind.

‘He closed the door leaving the key in the lock, so his mum could not open the door.

‘It was scary a bit, that it would be painful.

‘It was just a little – and then everything was normal.

‘It was a bit shameful, we were just hiding under the blanket.

‘I did not think that aged 10 he can do such things… I thought that nothing would happen.’ 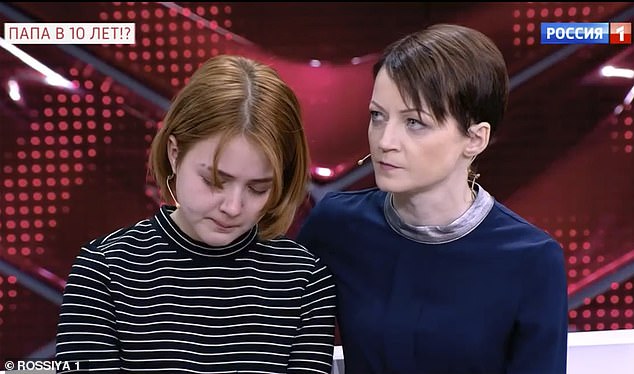 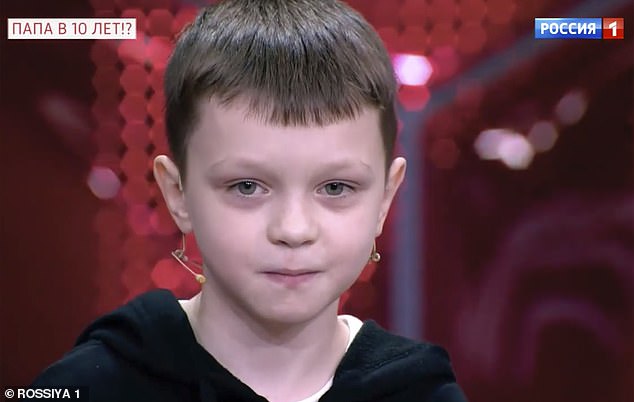 Ivan, the ten-year-old boy who Darya claimed was the only boy who could be the father 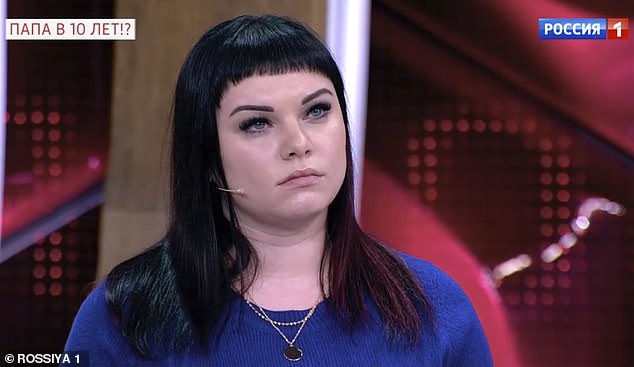 Dr Evgeny Grekov, a urology and andrology expert, examined Ivan for the show called ‘Father at 10!?’

He said: ‘We rechecked the laboratory results three times so there cannot be any mistake.’

The medic said on camera: ‘There cannot be sperm cells.

‘He is still a child.

He said: ‘There is even no testosterone. And just to add, he still has childish sex organs. Puberty has not started. So we have a lot of questions.’

A male neighbour in in Zheleznogorsk, a nuclear production city, said: ‘Obviously, someone else did this. They just want to hang it on the boy now.’ 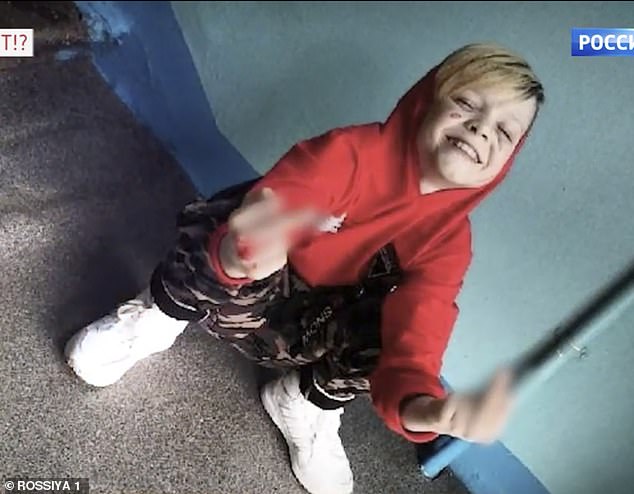 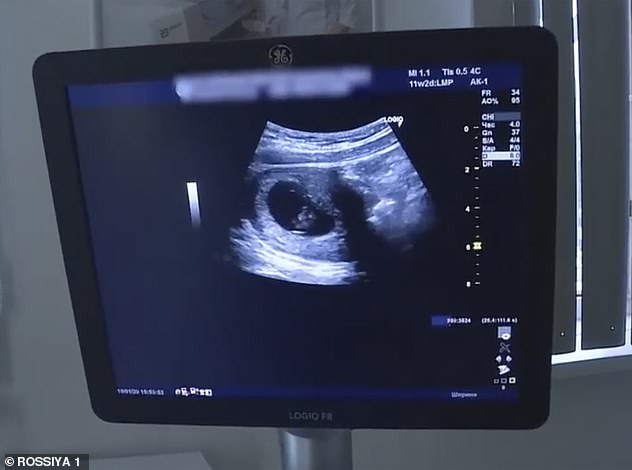 The ten year old boy was asked if the child could be someone else’s. He said: ‘This cannot be.’

The boy’s mother Galina is convinced he is telling the truth.

‘I believe to my son. That he is the father. I understand that he himself maybe doesn’t realise what happened.’ 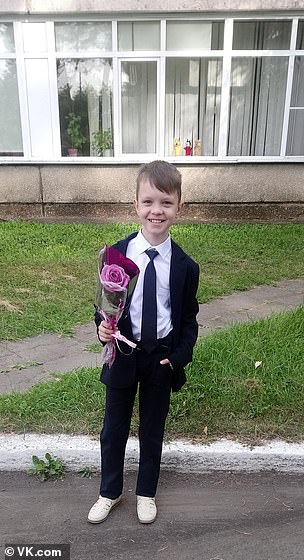 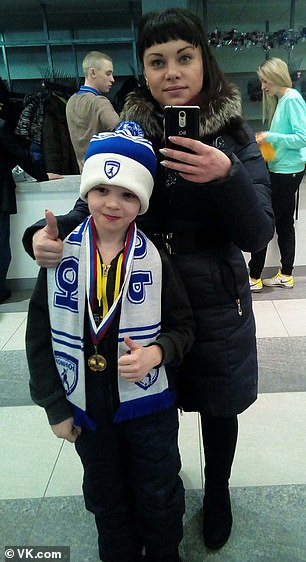 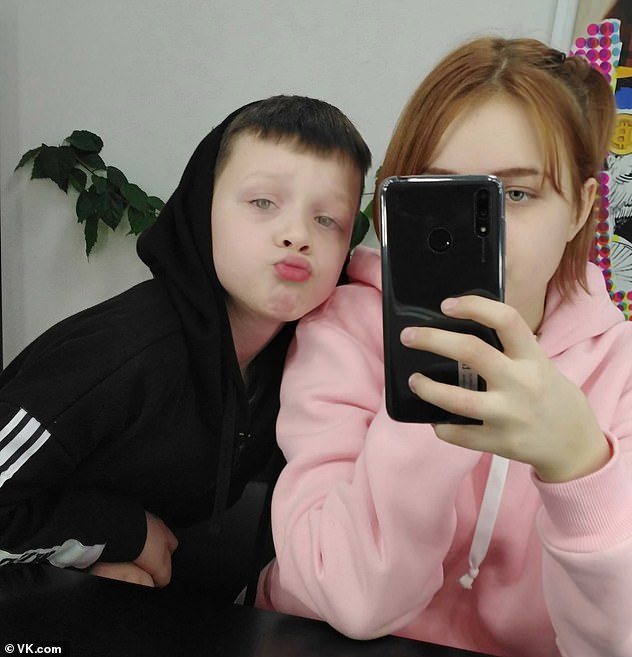 He replied: ‘I did not think about this. Darya has never been with another man. I know that for sure. I am the father of her baby.’

Ivan was asked if the child could be someone else’s he said: ‘This cannot be.’

The girl and her mother want to keep the baby but it is too early in the pregnancy for a DNA check on the child, which will be completed later.

Soon after beginning their sex life, Darya said she felt sick and started suffering from constant nausea and vomiting.

Darya’s mother Elena, 35, took her to hospital for examinations but doctors failed to find the cause of her ‘illness’.

Finally, Elena bought a pregnancy test kit and taught her daughter how to use it.

Elena, who was also participating in the show, said: ‘The test showed that Darya was pregnant. After that, she confessed to having sex with Vanya. I was in shock. I could not say a word.

‘I cannot understand how this could be? Just wake me up, I cannot believe it.

‘When we started talking she said she would not kill the baby and I support her decision. I do not want her to go under the knife.’

The boy’s mother, Galina, 28, is convinced he is telling the truth and are planning to help Darya to raise the child.

She said: ‘I did not know what to say after learning that my 10-year-old son fathered a child.

‘I think Ivan himself does not quite understand what happened.

‘They did not use any contraceptives and obviously did not realise the possible consequences.

‘I believe my son, that he is the father. I understand that he maybe doesn’t realise what happened.

‘He is just a child, no matter if he feels himself to be older. He told me that they came to our flat, Dasha suggested it, and they had [sex] only once.’

On the show, Darya asked him in a low voice: ‘Are you scared?’ He replied: ‘Very.’ She told him: ‘No worries.’

Darya added: ‘When I was thinking about the delivery process I was scared. But then I saw my baby during an ultrasound. It was so tiny and cute. Now I am ready to give birth.’

The boy and girl attend different schools and started dating in February, it was revealed on the show.

It was aired as the Russian Investigative Committee has begun a preliminary check into the case and police launched an investigation.