A young boy has been left speechless and reduced to tears after his dad surprised him with tickets to see his favourite team play in the AFL finals.

The father surprised his son with the gift by showing him the tickets on his phone, and the young Melbourne Demons fan was at first left dumbfounded – before bursting into tears.

Amazed that his dreams had come true, the boy named Sam gave his dad a hug.

A young boy is left speechless when his dad reveals his online tickets to the Demons’ final.

The heart-warming moment was witnessed by Sam’s younger brother and his mum, who filmed the video.

‘Because Daddy is taking Sam to Melbourne to see the Dees in the final!’ replies the mum. 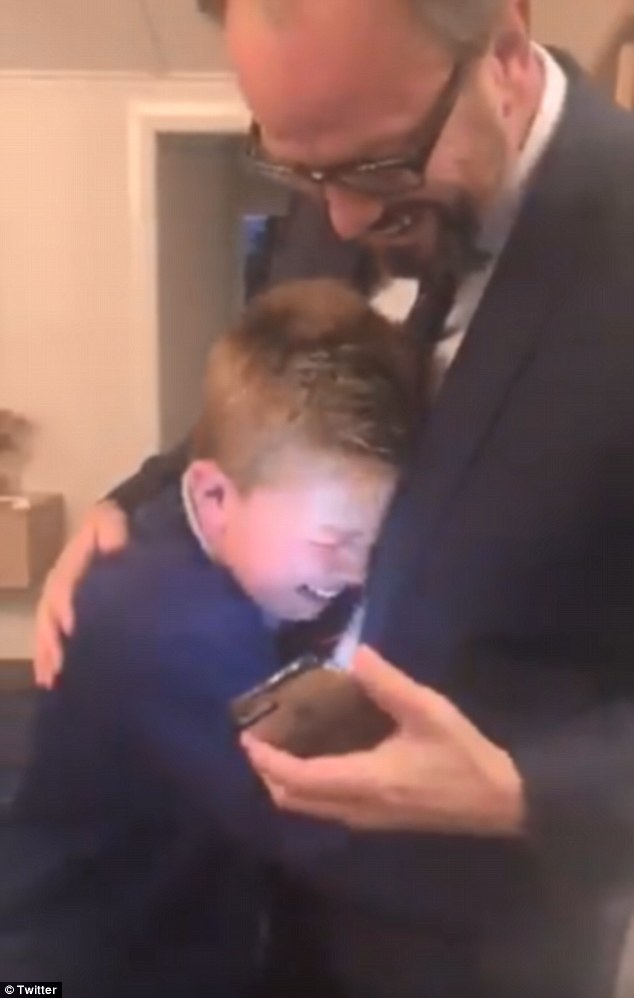 Unable to contain his happiness, Sam broke down into tears and hugged his dad

The Melbourne FC supporters are based in Brisbane and will travel to watch the finals on September 7, where the Demons will play Geelong.

The video was shared by Melbourne FC on Twitter. 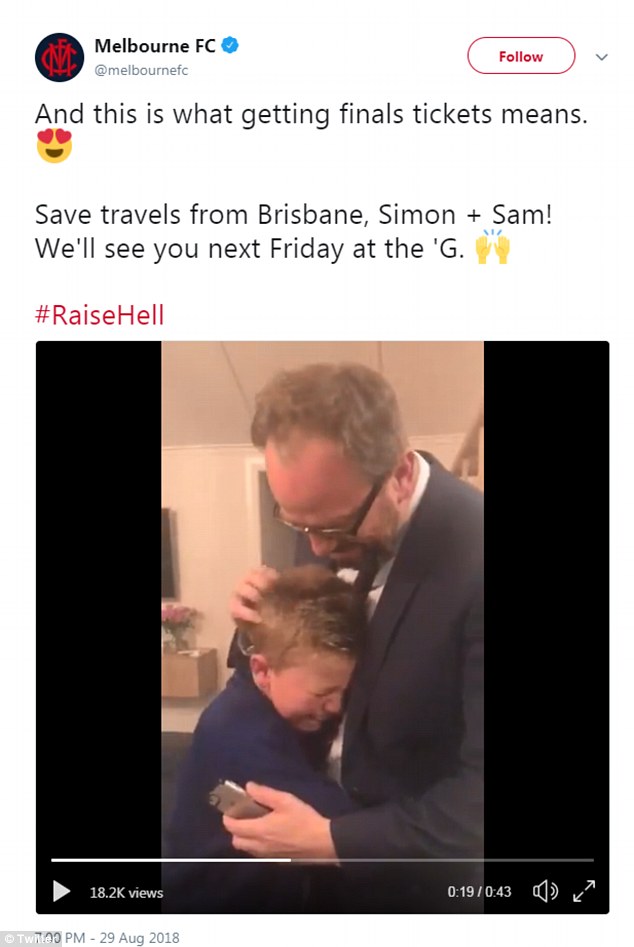