A little boy born with a bright white streak in his hair has become one of around 40 people in his family to inherit the rare ‘birthmark’.

Josiah Barnes, two, has a light patch in the middle of his jet black Afro and turns heads whenever he leaves the house.

His mother, Latrece Barnes, who also has the distinctive trait, constantly gets asked whether she’s dyed her son’s tresses. 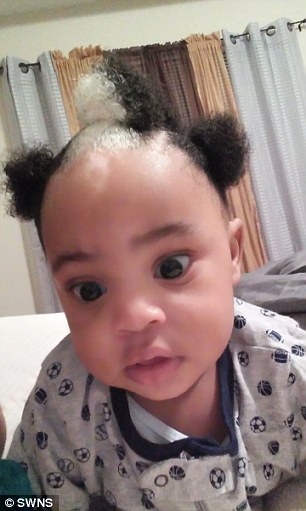 Distinctive: Josiah Barnes, two, has a light patch in the middle of his jet black Afro and turns heads whenever he leaves the house

In fact, the bleached effect, known as the Mallen Streak, results from a condition known as poliosis, which is characterized by a lack of pigment in the hair.

Latrece, 34, said her great-great-grandmother also has a white streak, as do approximately 40 of her relatives including aunts, uncles, cousins, her twin sister and her daughter Ra’Nyah Shy, 13. 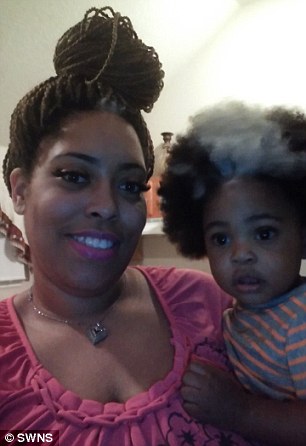 Duo: His mother, Latrece Barnes, who also has the distinctive trait, constantly gets asked whether she’s dyed her son’s tresses

Word in the family is that the hereditary feature is caused by a ‘kiss from an angel’ and brings good luck.

Latrece, a collections supervisor who lives with her husband Jacqua Barnes, a logistics worker, and their family in Atlanta, Georgia, finds their shared featured ‘totally unique’.

‘I used to have to cover up Josiah’s streak when we went out because we couldn’t shop or get anything done. It would draw crowds,’ she said.

‘I have come across other people in Georgia who have it but nine times out of ten they are some type of relation.

‘It runs through my family. We don’t know where it originated but my grandmother had it as did her grandparents.

‘My daughter has maybe five white strands of hair and my streak is about half the size of Josiah’s.

‘Most of us have a patch of skin on our forehead and a white patch at the top of the head in the center. 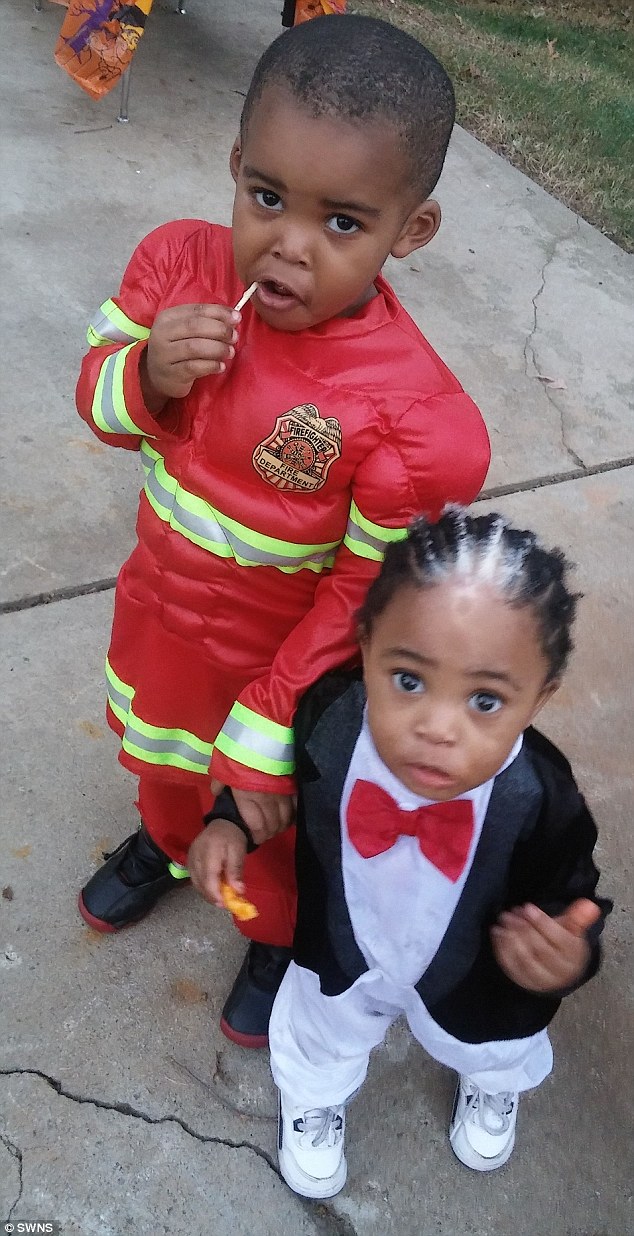 Mark: Josiah’s older brother Xavier (pictured with him), four, did not inherit the trait 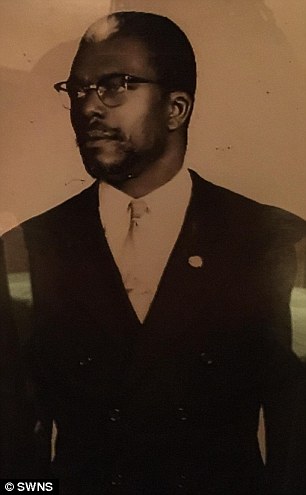 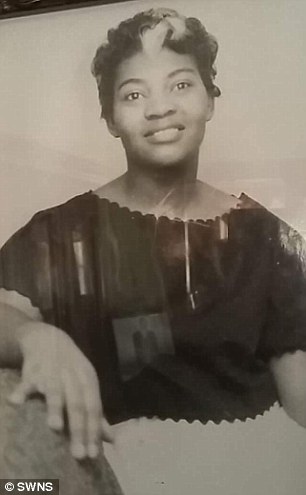 Siblings: Josiah’s sister Ra’Nyah Shy, 13 (pictured with her two brothers) inherited the streak. Some of those who inherited it also have white patches of skin on their knees 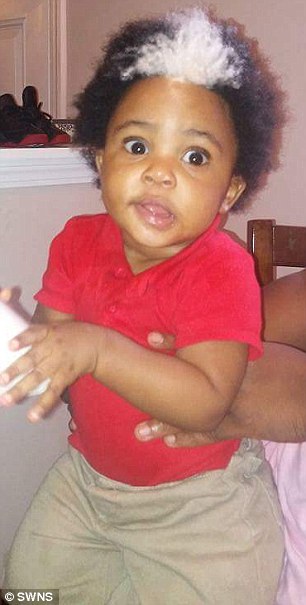 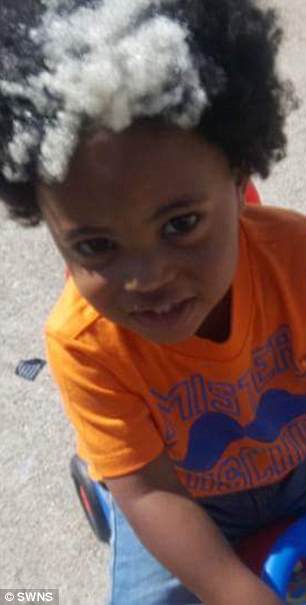 Passed on: Josiah is at least the fifth generation in his family to inherit the streak. It skipped Latrece’s middle son Xavier, four, and didn’t affect any of her twin sister’s four children

At first, doctors were confused about the white streak, because Latrece and her twin sister both have it but their mother doesn’t.

‘They ran tests to make sure it wasn’t a skin disease and they found that it wasn’t,’ the mother said.

Josiah is at least the fifth generation in his family to inherit the streak. It skipped Latrece’s middle son Xavier, four, and didn’t affect any of her twin sister LaTerra Shy’s four children.

Some of those in the family who inherited the streak also have white patches of skin which look similar to vitiligo on their knees.

‘It just depends on where the angels want to kiss you,’ Latrece said. 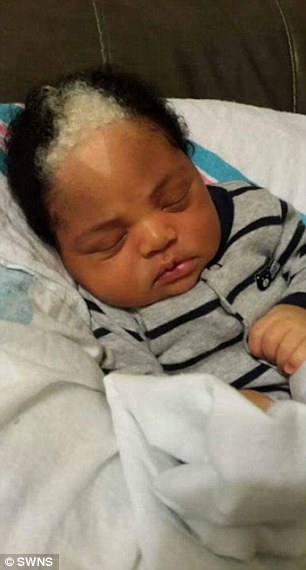 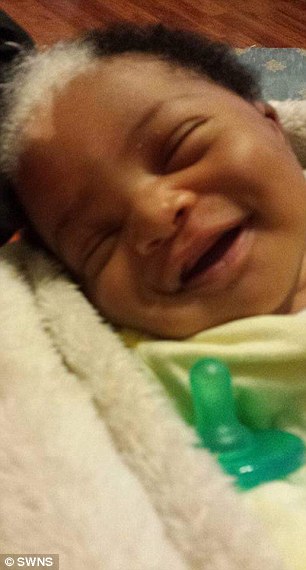 Wishes: Before Josiah (pictured as a baby) was born, his mother prayed for him to inherit the white streak, which she has grown to cherish

‘A lot of people say it is a good luck streak or that our kids have been struck by an angel.

‘I had prayed for him to have it because it is so unique and it connects us to who we are.

‘Growing up it is hard because kids tease you. They joke about it and used to call us “skunk”.

‘As you get older you realize it is good to be different.

‘I have had cousins who dyed theirs because they didn’t want it, but I love mine and definitely embrace it now.’