A Queensland man has pleaded guilty to being an accessory after the fact over the death of a 10-year-old boy who was in his care.

James Colin Burnham’s partner Jodie Maree Powell, the boy’s aunt, previously pleaded guilty to the manslaughter of Curtis Powell at Mackenzie, on Brisbane’s south side, in 2015.

Curtis, who would have turned 14 on Tuesday, died from pneumonia but had significant injuries to various parts of his body.

James Colin Burnham pleaded guilty to being an accessory after the fact over the death of Curtis Powell, 10, (pictured) who was in the care of him and the boy’s aunt, Jodie Maree Powell

Burnham had ‘turned a blind eye’ to the abuse of Curtis and was ‘cowed’ into helping his abusive partner cover up the boy’s death, ABC News reported.

Curtis had more than 200 injuries on his body when his body was recovered after he died from pneumonia in July 2015.

Powell made what she accepts were violent, irrational and unjustified attempts to discipline her nephew.

They included banging his head against a wall, throwing a knife at his leg and striking Curtis with a carving fork, power cord and belt.

The Brisbane Supreme Court heard how Curtis had been denied medical attention for five years leading up to his death.

Burnham’s defence lawyer Andrew Hoare argued his client had been ‘cowed’ into lying to police who were investigating the boy’s death.

Mr Hoare also claimed his client was the victim of abuse.

Prosecutor Nathan Crane said Burnham was the only chance Curtis had of escaping his life of punishment and neglect.

‘[Burnham] must have known of bruises and injuries that adorned Curtis’ body but did not intervene and was not forthcoming with authorities,’ he said.

He said Powell regularly abused Burnham physically and was clearly the ‘dominating force’ in the relationship.

Mr Hoare said his client was not responsible for the abuse and ‘attempted to be kind to the children’.

Powell was sentenced to nine years jail after pleading guilty to manslaughter.

Curtis’ father, Dallas Bolton, was shocked at how his sister betrayed their trust.

‘The main thing I asked (Powell) to do was to look after Curtis as if he was her own and she failed miserably,’ Mr Bolton said.

‘Not a day that goes by that I don’t think of him and I don’t shed a tear.’

‘I’m in shock still. That was my sister. That was someone I grew up with my whole younger life,’ Ms Powell said.

‘To believe someone could hurt a child so much, especially a family member, is unforgivable in so many ways.’

Burnham’s sentencing hearing was adjourned to February 21 and he will remain in custody until then. 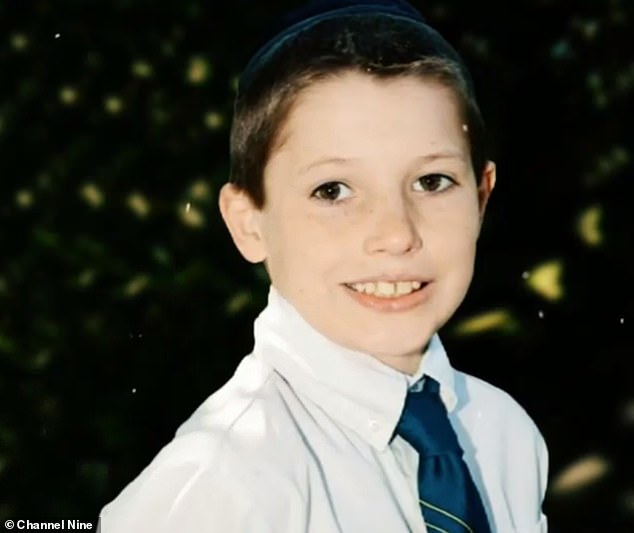