Brad Parscale flees Washington D.C. and tweets ‘bless those who persecute you’

Politico Playbook first reported that Parscale was fleeing D.C., likely headed back to Florida, where he lives.

On Twitter, Parscale shared a Bible verse: ‘Bless those who persecute you; bless and do not curse them,’ he wrote.

Brad Parscale, who will now serve as a senior adviser to the campaign, also tweeted out a Bible verse Thursday. Sources told Politico that he was deeply hurt by the president’s demotion, which was announced via social media Wednesday night 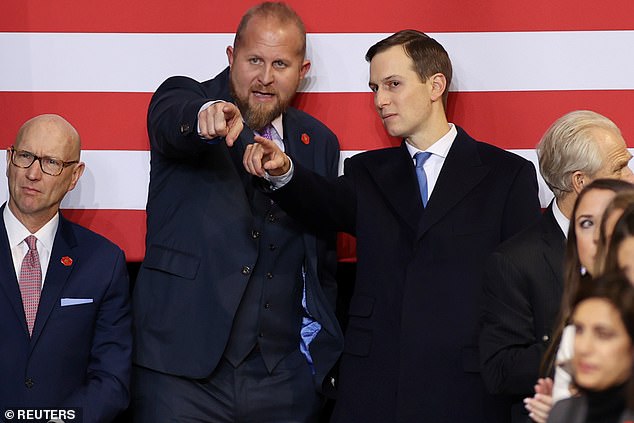 CNN reported that Jared Kushner (right), who hand-picked Brad Parscale (left) to lead Trump’s 2020 re-election effort, was the one who had to tell him that he no longer had the job 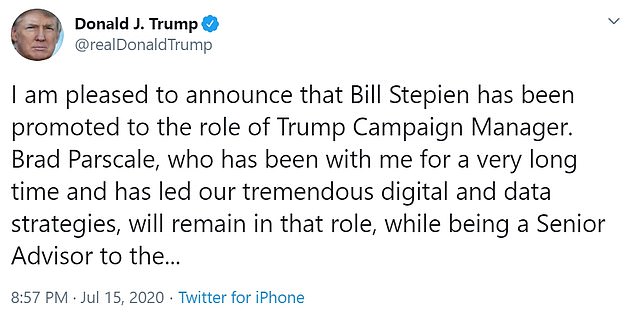 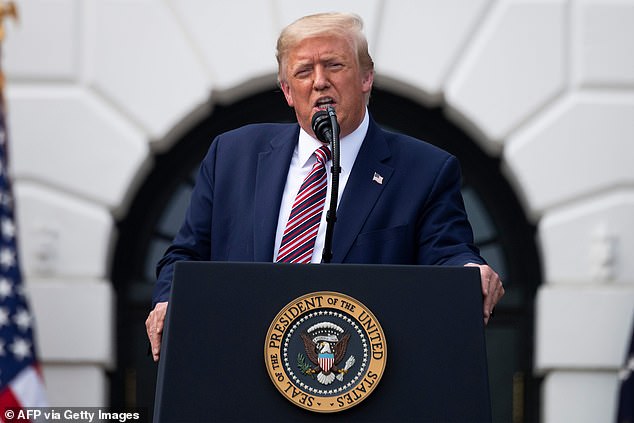 On Wednesday night, via Facebook and then Twitter, Trump formally bumped Parscale to the role of senior adviser to the campaign, overseeing its data and digital operations, similar to the job he held during the 2016 cycle.

The president promoted Bill Stepien, a longtime Republican political operative who had been Parscale’s No. 2.

CNN reported that Parscale had been unaware of the coming demotion until several hours before the president’s announcement on social media.

The network said it was Jared Kushner, who picked Parscale for the job, who had to tell him the news.

Kushner has acted as the de facto boss of father-in-law’s political operation, with some White House sources telling Politico that the Parscale shake-up may be a signal that the president is displeased with his son-in-law as well.

Parscale appeared at a Thursday morning meeting at the Trump campaign headquarters in Arlington, Virginia, alongside Stepien, Politico also said, before leaving town. 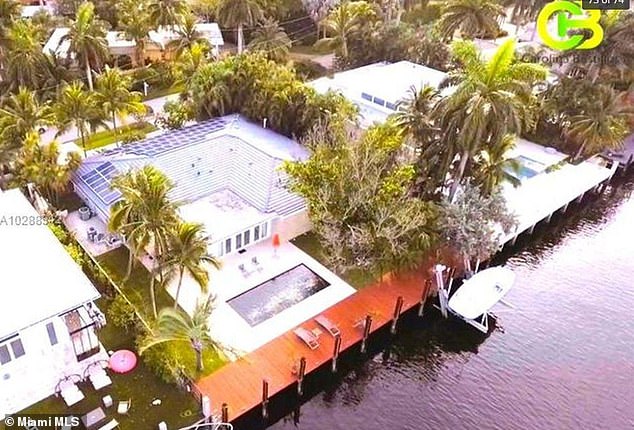 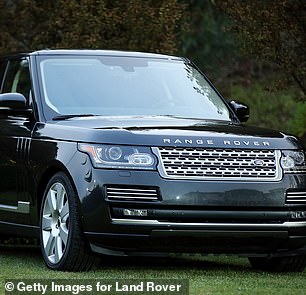 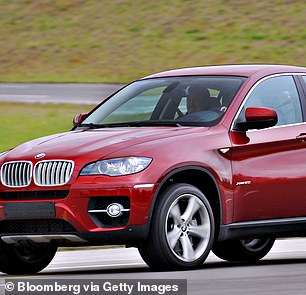 On January 4, the day after his birthday, Parscale bought himself a BMW X6 (right) crossover worth $78,300, according to motor vehicle records. Then in April, a pre-owned $146,000-Range Rover Autobiography (left) appeared in the driveway 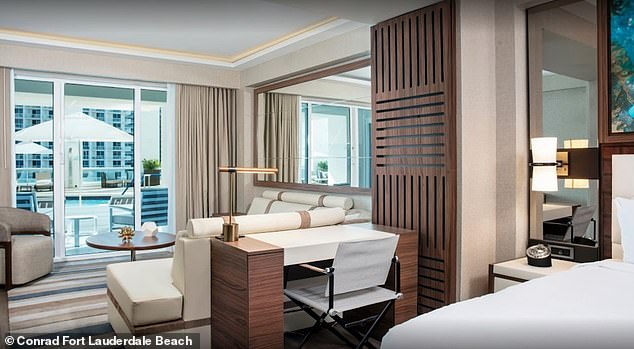 Parscale’s January 2019 home purchase came just months after the campaign consultant, spent nearly $2 million on two condos, also in Fort Lauderdale. And this time, it was all cash 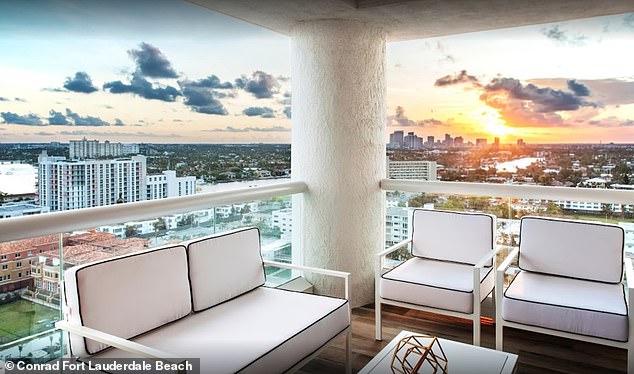 Parscale bought one of the condos in August 2018 under the corporate name Parscale Properties LLC., a company he owns with his San Antonio-based parents 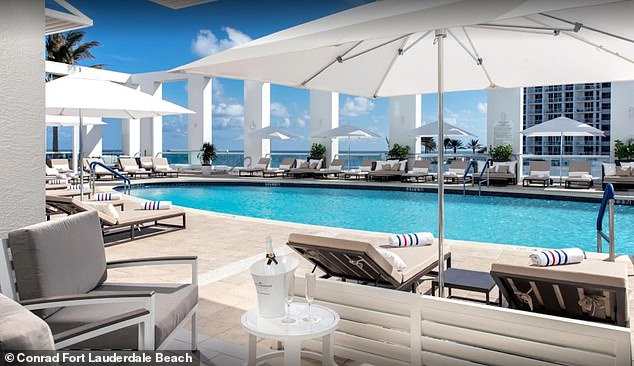 Parscale and his wife spent another $900,000 three months earlier for a three-bedroom condo 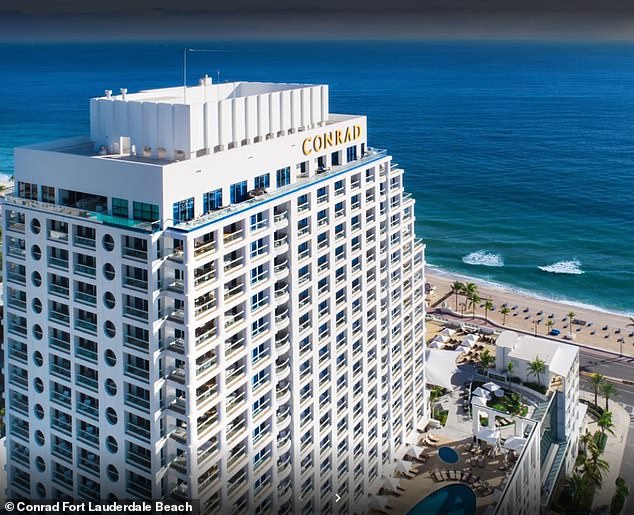 Pictured: The waterfront condo building where Parscale has purchased a condo recently after working for Trump

The meeting was described as emotional and Parscale as deeply hurt.

Parscale received much of the blowback for the embarrassing turnout at the Tulsa, Oklahoma rally.

At one point the then-campaign manager had boasted about a million RSVPs. A city official said 6,200 attended.

An outdoor overflow area that the president was also supposed to speak at went unused.

Sources close to the campaign told Politico that Parscale may have gone wrong by making himself a public figure, something that has cost other members of Trumpworld their jobs.

Critics have also accused Parscale of enriching himself with Trump dollars.

DailyMail.com reported in August that Parscale went from losing one company to bankruptcy to now being able to afford multi-million dollar house and car shopping sprees.

Parscale has spent about $4.4 million on real estate in the last two years.