The 56-year-old is forging a burgeoning reputation as a coach following his return to Portugal where he has achieved success with unfancied Rio Ave and Sporting Braga.

Carvalhal has been discussed by English clubs such as Norwich City and West Bromwich Albion in recent months but is under contract at Braga until the end of the season and has a release clause reputed to be set at £8.5million.

However, Flamengo, who lost the final of the Copa Libertadores to Palmeiras last month, are willing to meet that clause after sacking their coach Renato Gaucho.

Carvalhal takes charge of Braga on Thursday night as they face Crvena Zvezda in the Europa League.

Victory would ensure their passage to the last 16 and mark another feat for Carvalhal after becoming the first coach in the club’s 100-year history to lead them to the finals of the Taca de Portugal, Taca de la Liga and Portuguese Super Cup. 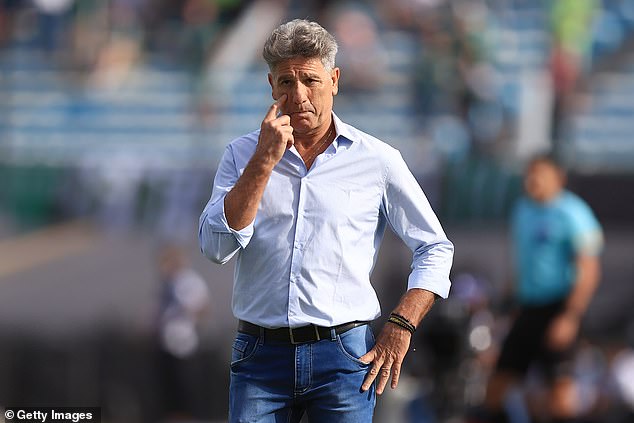 They also sit fourth in the league, all this against a limited budget in comparison to domestic rivals Porto, Benfica and Sporting.

Indeed, Porto boss Sergio Conceicao has complimented Carvalhal on his side being ‘the best footballing team in Portugal’.

Braga are continuing to challenge the established frontrunners for the title while Carvalhal has also made a point of bringing through youngsters from the club’s academy including 15-year-old Roger Fernandes who made headlines after scoring in a 5-0 win at Moreirense.

Carvalhal, though, has made no secret of his desire to take on new challenges and may be tempted by the job with Flamengo.

The Brazilian side have courted him before and have also considered his compatriots Andre Villas-Boas and Jorge Jesus but Carvalhal is once again emerging as their number one choice.