The freak accident happened on the Dino rollercoaster at the park, which was this evening closed off by a white 999 tent.

Stunned visitors queuing for other rides watched as the Yorkshire Air Ambulance landed on the site.

Emergency services went to the scene to try and help a man, who had been working on a ride

They and North Yorkshire Police were called to the scene at around 2.45pm today, August 5.

It was reported the man – whose age is not known – had become trapped under part of the rollercoaster, prompting staff to call the 999 services.

The Health and Safety Executive has been informed about the incident. 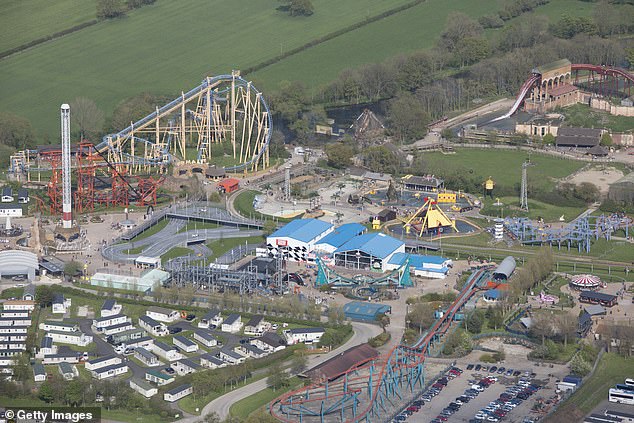 A spokesman for North Yorkshire Police said it had been alerted to the incident just after 1.30pm.

He added: ‘It was an industrial incident at Flamingo Land Resort near Pickering.

‘A member of maintenance staff suffered leg injuries while working on a ride. The man was airlifted to hospital by the Yorkshire Air Ambulance. 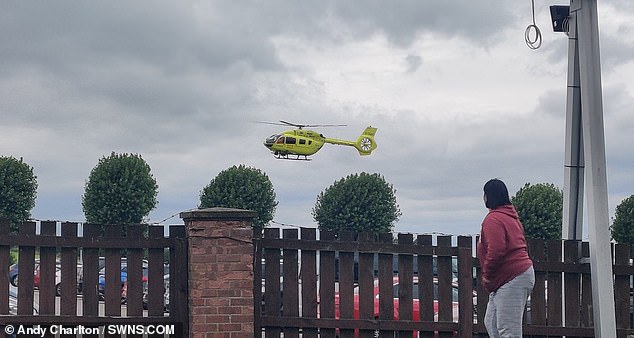 ‘Although serious, his injuries are not believed to be life-threatening.’

Emergency services are still in attendance at the theme park which is near Malton in North Yorkshire.

It comes just days after it reopened its doors to visitors after months of closure during the coronavirus pandemic.

A spokesman for YAS said: ‘We received an emergency call just after 1.20pm this afternoon to an incident involving a man who had been injured at Flamingo Land Resort in North Yorkshire.

‘Two ambulances and an air ambulance were dispatched to the scene and the patient was flown to hospital for further care.’