It’s a technique self-help gurus and influencers swear by for controlling stress levels.

Just 30 deep breaths a day with an inhaler-like device was found to be as effective as medication.

The device creates resistance, forcing the patient to use their breathing muscles to push and pull air through it.

Scientists believe having strong respiratory muscles allows for deeper breathing without the device.

It is thought that taking in deep breaths helps dilate blood vessels, allowing more blood to flow through them and lowering blood pressure.

But researchers say it should not be a replacement for other healthy habits like exercise, which have benefits beyond just blood pressure.

Previous research has indicated that breathing exercises – often used during meditation of mindfulness practices – can help ward off hypertension.

Meditation is a popular mindfulness practice in which the subject focuses on their breath. 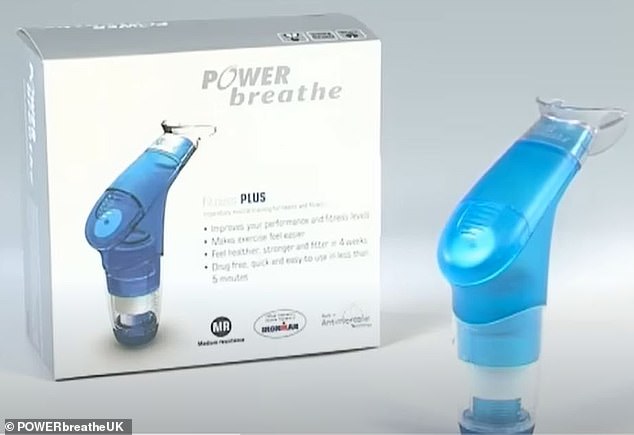 The POWERbreathe device strengthens the user’s respiratory muscles with each use.

Participants used a $32 PowerBreathe device for about five to 10 minutes each day, taking 30 deep breaths.

Within two weeks participants started to see improvements with very few side effects.

Mindfulness is a popular form of meditation in which you focus on being intensely aware of what you’re sensing and feeling in the moment.

The practice involves breathing methods, guided imagery, and other practices to relax the body and mind and help reduce stress.

It is often touted as a universal tool for boosting mental wellbeing by reducing stress, anxiety and depression.

Mindfulness has become popular in recent years as a way to improve mental and physical well-being.

How can it lower blood pressure?

It is thought that taking in deep breaths helps dilate blood vessels, allowing more blood to flow through them and lowering blood pressure.

Scientists believe having strong respiratory muscles allows for deeper breathing, increasing the effectiveness of the practice.

But researchers say it should not be a replacement for other healthy habits like exercise, which have benefits beyond just blood pressure.

By the trial’s end, researchers saw an average drop of 9 mmHg in systolic blood pressure among the participants.

That is on par with many commonly prescribed medications, previous studies suggest.

‘We would expect that if you went longer, blood pressure would go down even more,’ lead study author Professor Daniel Craighead told Insider.

He added: ‘People with blood pressure at an unhealthy level could stand to benefit from adding this to their routine now.’

The study was published in the Journal of Applied Physiology.

Normal BP is 120/80 or lower. If left untreated, hypertension can lead to serious health problems including heart attacks and strokes.

People who smoke, do not exercise or maintain a health diet, or are chronically stressed out are at far higher risk of experiencing high blood pressure.

Doctors have an arsenal of treatments designed to manage the condition.

The most common medicines used to treat high BP include diuretics, which cause the kidneys to excrete more sodium and water, thus reducing fluid volume throughout the body and widening blood vessels.

Doctors may also reach for ACE inhibitors, which block production of the hormone angiotensin II, a compound in the blood that causes narrowing of blood vessels and increases blood pressure. 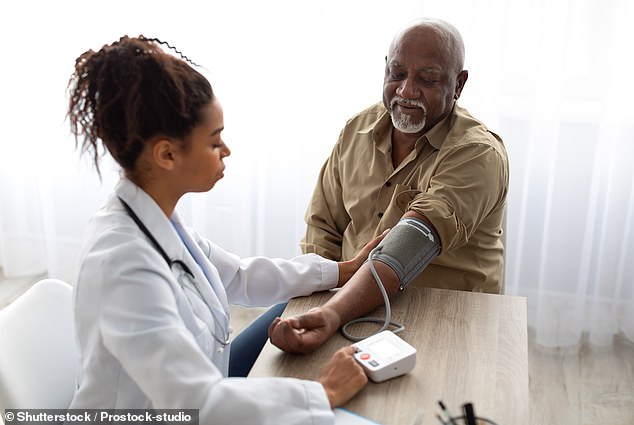 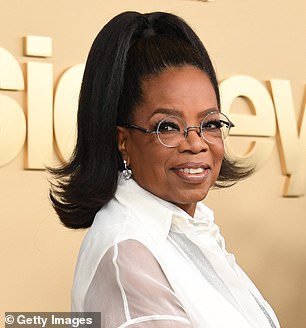 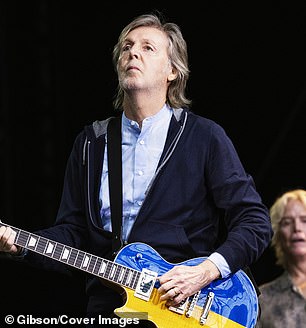 Celebrities have gotten in on mindfulness meditation practices to cope with stress.

Deep breathing is a key tenet of mindfulness, or the practice of being present with one’s emotions without needing to react to them.

It often incorporates simple yoga as well as mindfulness meditation and body scanning, a technique where a person pays attention to their body and sensations in a gradual sequence from head to toe.

The term ‘mindfulness’ has become a catch-all in certain circles for any activity that promotes self-improvement.

A swath of celebrities have become proponents of mindful breathing and meditation, such as Oprah Winfrey, singer Katy Perry, and musician Paul McCartney.

Mindfulness practice is on the rise, particularly in the US, with some studies estimating 5.7million Americans have tried it at least once.

The true number could be much higher. Forty per cent of Americans meditate at least weekly, according to Pew Research.