A young businesswoman who survived anorexia had her photos stolen and used as before and after progress shots by a phony diet company.

Bree Lenehan, 25, is helping to change the conversation surrounding body positivity on her social media pages by sharing unfiltered and raw photos of herself.

Each week, she posts a ‘Real Me Monday’ where she shares images of herself – usually in activewear – posed and not posed.

But last week two of the pictures, which she shares to show how a woman’s body can look different at certain angles, were stolen and repurposed by a diet company.

‘Another amazing transformation using my weight loss discovery,’ the caption on the stolen photos read.

‘Read the article in my bio if you want to lose 25lbs in a month.’

A handful of her pictures, which are designed to encourage her fans to love their bodies in every stage and at every time of the day, were stolen and repurposed by a diet company 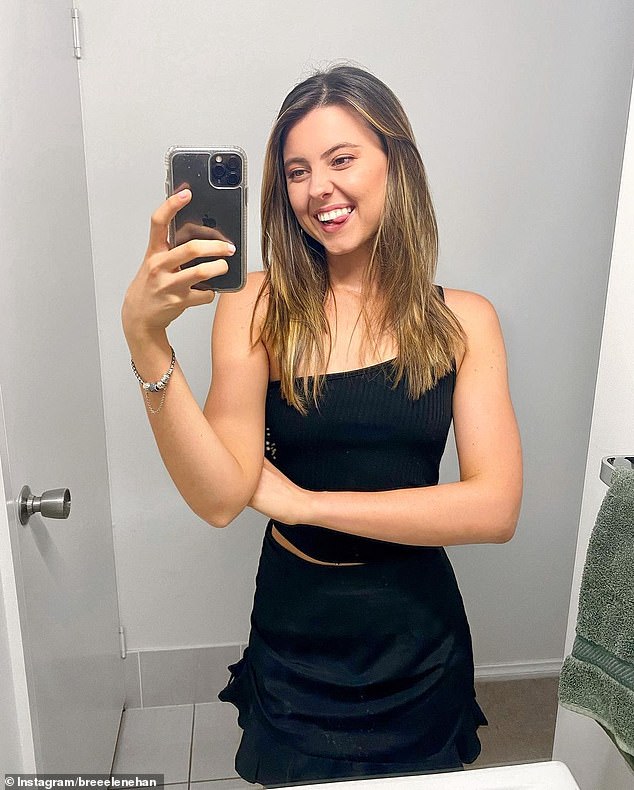 Ms Lenehan, from Brisbane, received messages from friends and family within hours of the post going up.

Some were asking for her opinion of the diet, but most were dubious that she’d agreed to such a promotion given her stance on diet culture.

‘It happens a lot,’ she told Daily Mail Australia. ‘There are so many of my photos circulating the internet from these accounts, it’s almost impossible to have them all removed.

‘It’s definitely frustrating, but I think it’s more sad than anything. Sad that there are people out there willing to lie and scam vulnerable people online by exploiting their insecurities.’

The photos that the account used were taken just moments apart, wearing the same outfit.

The only difference between the pictures was that Ms Lenehan rolled down her high waisted bike shorts and ‘relaxed’ her body, after posing in the initial frame.

Ms Lenehan said most of the accounts block her before uploading her photos, presumably because they know she’d report the posts and try to get them removed. 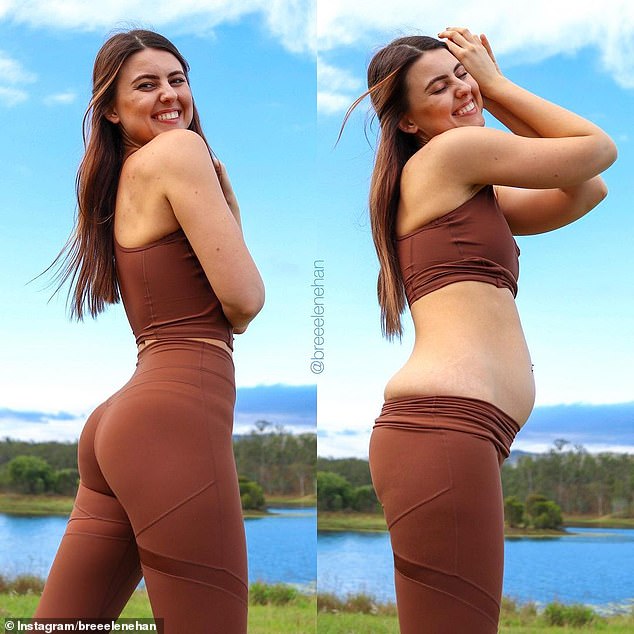 Each week, she posts a ‘Real Me Monday’ segment where she shares images of herself – usually in activewear – where she’s posed and not posed 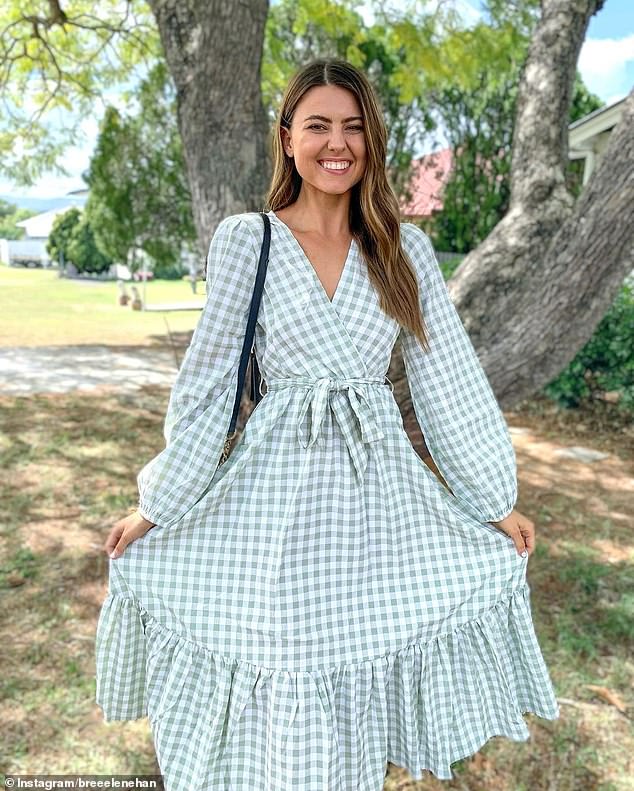 Speaking from experience, Ms Lenehan warned the only thing the customer will lose is money, adding that they ‘thrive on insecurity’

Her major concern is that young and impressionable people will see the photos, think they’re genuine and invest their hard-earned money into a fad that simply won’t work.

Speaking from experience, Ms Lenehan warned the only thing the customer will lose is money, adding that the business model for a fad diet ‘thrives on insecurity’.

‘Their business model literally relies on you believing that your body is a problem and their overnight detox/pill/tea/restrictive diet is the solution. I would never endorse that message.

‘To me, being physically and mentally healthy & happy is the goal… and believe it or not, that looks different on everyone.’

The link she provides on her profile leads to a website selling ‘fat melting’ pills for $240.

Ms Lenehan struggled with her own body image for most of her life and developed an eating disorder in 2018 as she worked tirelessly to lose weight. 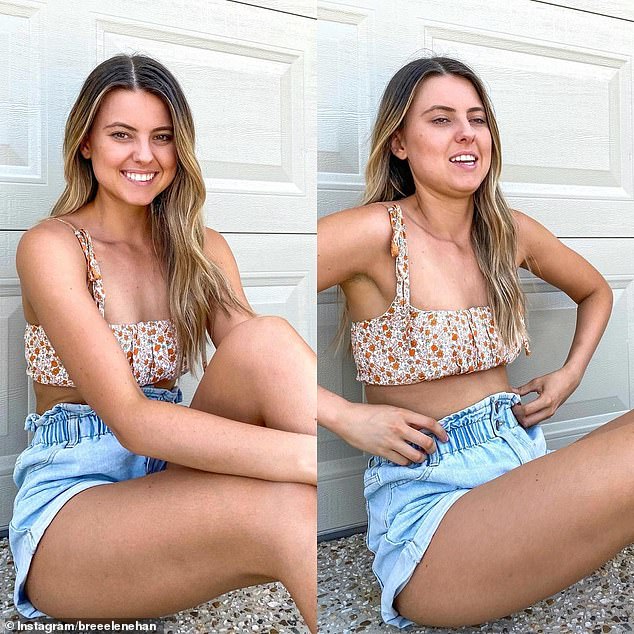 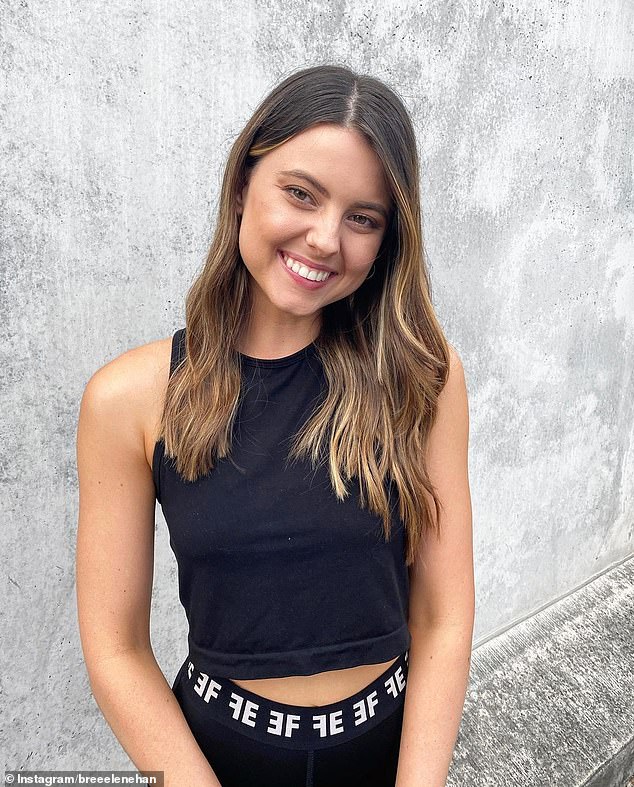 Her major concern is that young and impressionable people will see the photos, think they’re genuine and invest their hard-earned money into a fad that simply won’t work

‘I became obsessed with watching the scale drop; I was exercising every day and I wasn’t eating,’ Ms Lenehan, whose weight plummeted from 69 kilograms to just 48 kilograms, said.

She tried a variety of ‘fad diets’ included keto and intermittent and only ate boiled eggs, a handful of almonds, tuna with cherry tomatoes and lettuce each day.

At one point, she wouldn’t eat for 72 hours of the week and felt constantly hungry, flustered, short tempered and often dizzy.

‘I lost ten kilograms in six months and another ten two months later,’ she said, adding: ‘It got to the point where I was constantly focused on losing weight that I became on the verge of being hospitalised.’

Ms Lenehan exercised for an hour and a half at least six times a week, incorporating 70 minutes of intense cardio and 30 minutes of weight training into each workout. 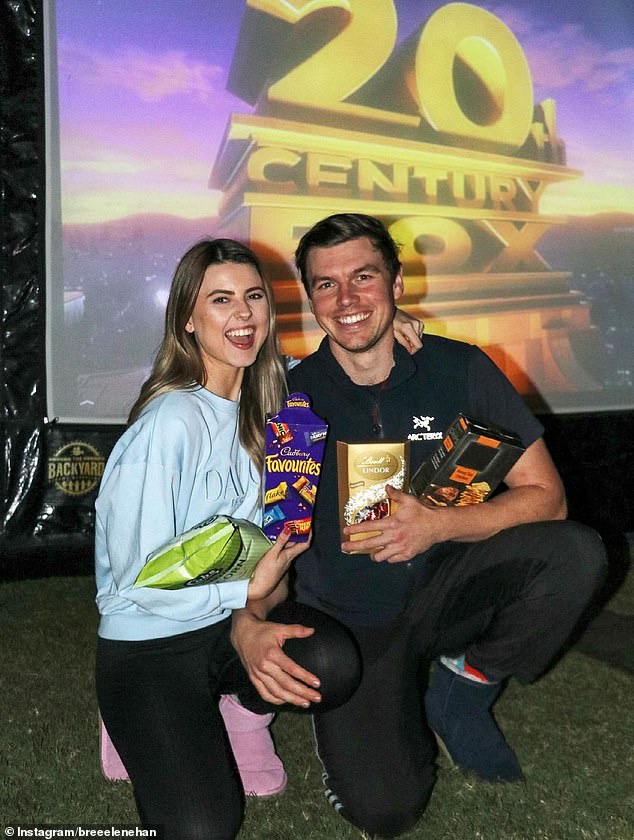 In 2018 Ms Lenehan developed an eating disorder as she sought to lose as much weight as possible. Now, she says she’d never promote or try another diet (pictured with her boyfriend)

It wasn’t until she lost feeling in her right leg from her knee down and stopped getting a regular period that she finally had her ‘wake-up call’.

By 2019, she was determined to educate herself about health and nutrition, ‘rewiring’ her thoughts with the help of experts.

‘I took it upon myself to reverse what I had done and gain the weight I had lost, so I began eating more,’ she said.

‘It was scary that I took such unnecessary drastic measures and didn’t want to stop losing weight, but I didn’t have to knowledge to understand that I didn’t need to do that to look good.’

Ms Lenehan hopes her openness in sharing photos of her body in all different states will help to educate future generations about the harms of social media and unrealistic beauty standards. 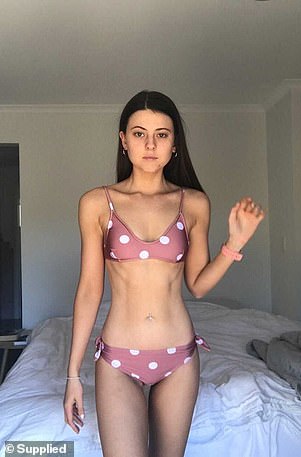 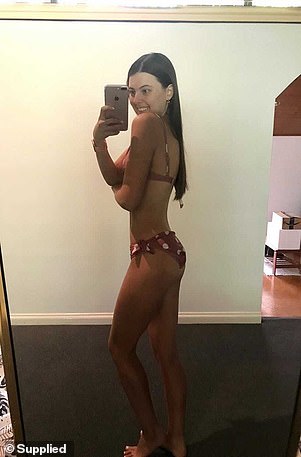 Bree recalled she tried a variety of ‘fad diets’ included keto and intermittent and only ate boiled eggs, a handful of almonds and tuna with cherry tomatoes and lettuce each day 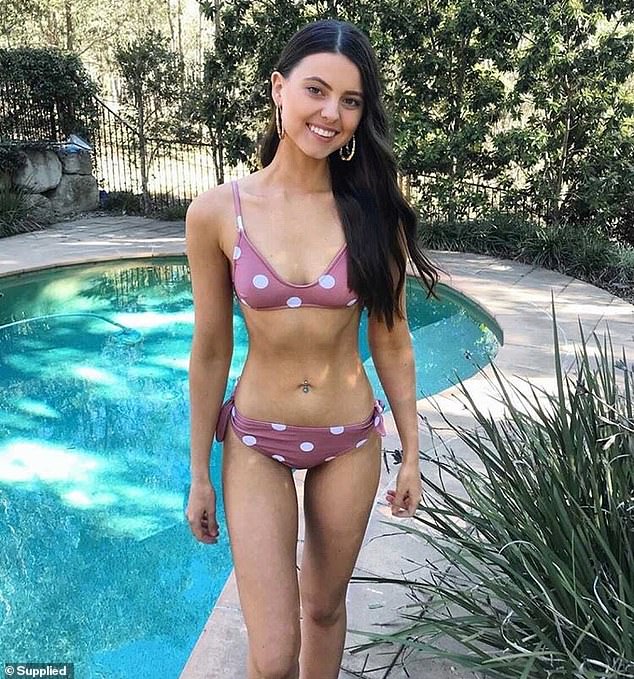 What is anorexia nervosa?

Anorexia nervosa is a psychological illness that has devastating physical consequences.

It is characterised by low body weight and body image distortion with an obsessive fear of gaining weight, which manifests itself through depriving the body of food.

It often coincides with increased levels of exercise.

There are two main sub-types of anorexia:

Restricting type — this is the most commonly known type of anorexia nervosa, whereby a person severely restricts their food intake.

Anorexia nervosa can affect the mind and body in a multitude of ways: