By Adam Lanigan For Mailonline

Leicester manager Brendan Rodgers praised the growing maturity within his team as they came from behind to add further damage to Liverpool’s current problems.

Goals from James Maddison, Jamie Vardy and Harvey Barnes, allied with a little help from VAR and a lot more from Reds goalkeeper Alisson turned a potentially frustrating defeat into a thrilling late victory.

And it was in sharp contrast to the same fixture on Boxing Day last season when Liverpool handed out a 4-0 thrashing on their way to the title.

The Foxes now sit six points clear of Jurgen Klopp’s team as they battle for a top-four spot and Champions League football.

‘I said before the game it would be a good measure of the development of the team,’ he said. ‘A year ago, going behind would have disappointed us. But our reaction throughout the game was very good.

‘In the 4-0 game last year, we actually started the game really well. But as soon as we went behind, we got too frustrated and ended up losing convincingly.

‘This time when we went behind, we still had the confidence and the mentality to keep pushing.’ 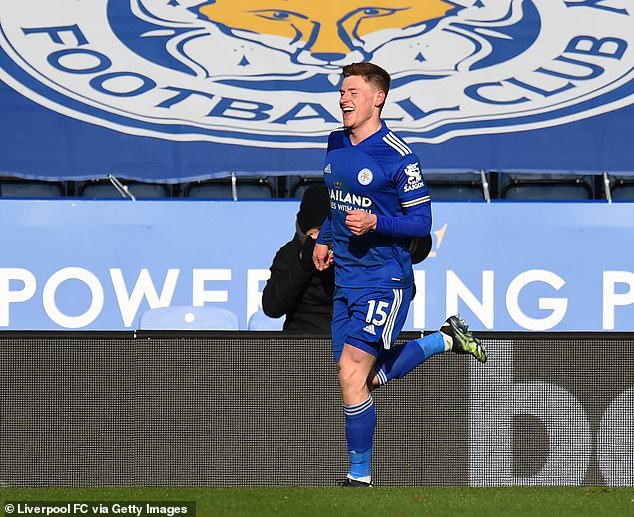 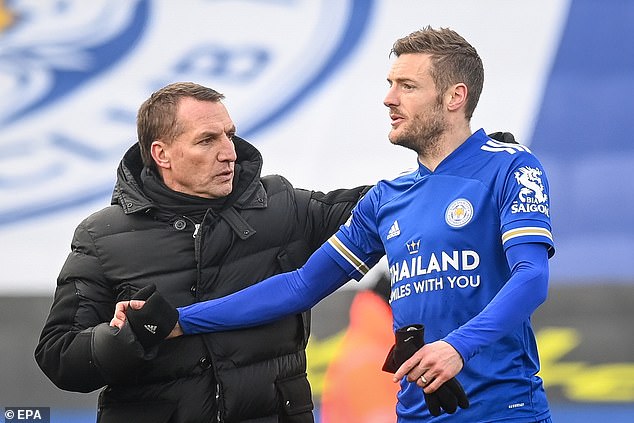 Rodgers is eager for Leicester to avoid a repeat of last season, when they finished fifth

Rodgers’ men were in a similar position last season, only to hit the buffers in the closing stretch and be denied a Champions League spot on the final day of the campaign.

And the Northern Irishman insists that disappointment has been used as a tool to motivate his players all season.

‘It was something we needed to open up on as it could have been the elephant in the room for us,’ he said.

‘We talked through it, looked at how good we were, the areas we could improve in and then what would be the challenges for us this season. That provided a great platform for us to reset and it has allowed us to continue on a really consistent basis, even though we’ve had so many players injured.’