The Danish link with Malmo is long-standing and easily explained. Take a 15-minute drive across the bridge on the coast beside Copenhagen and you are in the city that is home to Sweden’s most successful football club.

It’s not just about geography, of course. There is opportunity there, too. And right now it is the stage on which my former Denmark team-mate Jon Dahl Tomasson is growing his reputation in management.

Tomasson will relish tonight’s Champions League qualifier against Rangers. No question about that. It’s in his nature. He was always a big-game player and that single-minded determination won’t have changed.

I do feel Rangers have an excellent chance to go all the way to the Champions League group stage this season. They enter this tie as favourites for sure. But no-one in Scotland should underestimate the huge test Malmo could provide.

Under Tomasson’s leadership, they have developed a nice mix of style and steel. I’d expect them to invest everything in tonight’s first leg to try and get a result to protect at Ibrox. It should be a fascinating encounter.

As a player, Tomasson had a superb career. He had this unique gift with the instep of his foot. He wasn’t the type to necessarily go and take on two or three players, or to always be hugely elegant on the ball, but in terms of teamwork and finishing he was excellent.

Just look at the clubs he played for, most notably AC Milan. I know he wasn’t a great success during his time in England with Newcastle but that was an exception, really. To score 52 goals for Denmark in 112 caps was just phenomenal.

There have always been personality traits he could take into management. One is that willpower I mentioned. 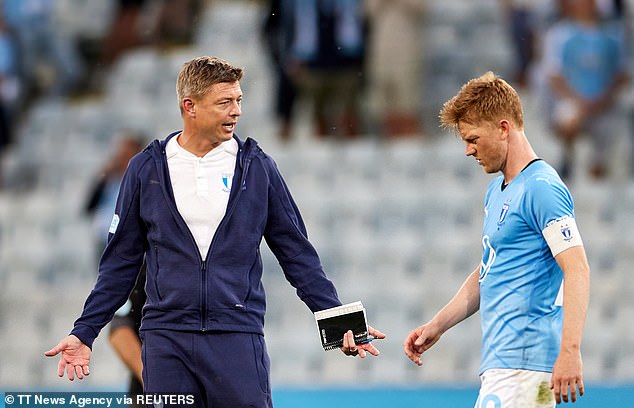 He had a fantastic mentality as a player. Rock-solid. Almost German-like, if you know what I mean. You could rely on him under pressure for sure.

Also, he is a very clever guy. He played with intelligence and I think he coaches the same way. He really started both of those careers working in Holland and became embedded in the Dutch way of seeing things.

He then was the assistant to Age Hareide at Denmark for four years and that was another type of management altogether. Very pragmatic.

Tomasson wants his team to play. No doubt about that. But for them to do so with the right, winning mindset. They are used to dominating games in Sweden, so it’s going to be really interesting to see how they try and enforce their game on Rangers.

Being manager of Malmo is a huge job in the Nordic region. One of the biggest. You could argue that Rosenborg in Norway and FC Copenhagen in Denmark are the other top places to be. They all come with big expectation.

Tomasson brought his style to Malmo last season and won the Allsvenskan at the first attempt. Now they are just a point off top again after 13 games of the current campaign.

They will ask questions of Rangers. I definitely think the Ibrox team can come up with the answers, but there needs to be a wariness of the threat Malmo can pose.

That danger is reduced significantly if you can limit the influence of another Dane — the captain Anders Christiansen.

At 31, he has been around the national team for a long while and struggled to get much game-time. But that doesn’t make him a bad player at all when you think about the number of options Denmark has in midfield. 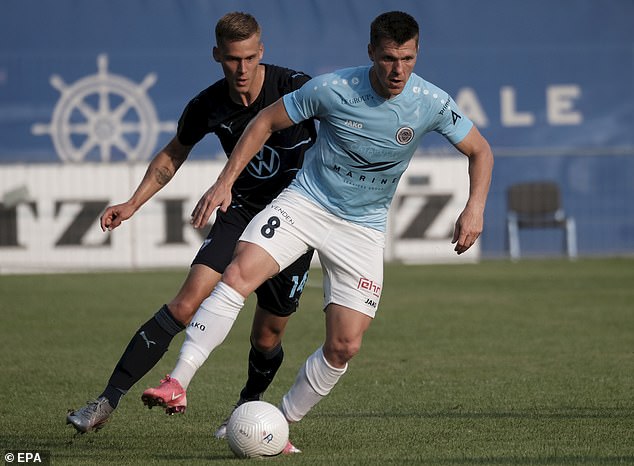 Tomasson wants his team to play. But for them to do so with the right, winning mindset

Christiansen was in Italy and then Belgium without it really working. When he left Gent in 2018, coming back for a second spell at Malmo always seemed an obvious move and he immediately became the top player there again.

Christiansen is the type who will try and dictate the game. He controls the rhythm of Malmo’s play and really leads the team from midfield. He also carries a decent goal threat.

Rangers can’t let him run things the way he often does in the Swedish league.

Obviously, though, Rangers have better players at their disposal than Christiansen faces in the Allsvenskan most weeks.

You see how well Steven Davis continues to operate for one thing. His contest for control with Christiansen could be vital. If Davis comes to the fore, as he has done so many times in the past, then Gerrard’s side will have a strong platform for a good result.

As I keep emphasising, this a challenging tie. Progression is not guaranteed. But I watched Rangers start their Premiership title defence with Saturday’s 3-0 win over Livingston and I continue to see signs they are getting better and better. Good additions have been made to combine with the real depth of European experience already amassed during Gerrard’s tenure. 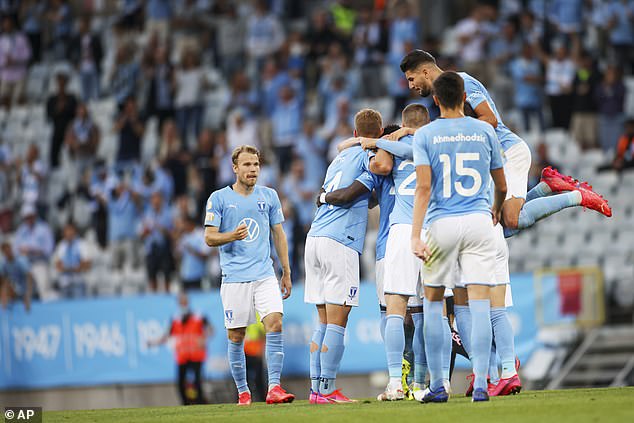 If Malmo win Tuesday’s game, they will then play Olympiakos or Ludogorets in a play-off

John Lundstram could have a role in midfield tonight, especially with Glen Kamara suspended. Fashion Sakala was quiet against Livingston but I’m very confident that he will have a big impact in the future with his pace and directness.

Even with Kemar Roofe banned and no sign yet of Alfredo Morelos, I just feel Rangers have so many players capable of being dangerous in front of goal. Over the two legs, that could well be the difference in terms of setting up a play-off round meeting with either Olympiacos or Ludogorets.

I don’t look at Rangers and envisage them making the same number of mistakes that Celtic did against Midtjylland. And if Gerrard’s men do go on and reach the group stage, claiming that estimated £30million windfall, it would complete an incredible transformation within Scottish football.

Just a year ago, the talk was of Celtic going for ten in a row and extending their dominance in both a sporting and financial sense. Fast forward to the present day and they are in turmoil, with a new manager still trying to figure out how to build a team.

In contrast, Rangers look settled. It’s a fantastic position for my old club to be in. Now they have to reach out and grab the opportunity in front of them.