Britain announces 186 more Covid-19 deaths as average daily number of victims creeps up for the second day in a row with official number of fatalities now 43,414

Britain today announced 186 more coronavirus deaths as worrying official data shows the average number of daily victims has risen for the second day in a row.

Department of Health data shows the official daily toll is 7.5 per cent higher than the 173 recorded last Friday, amid mounting fears the UK could be rocked by a second wave of Covid-19 as lockdown eases.

The laboratory-confirmed death toll now stands at 43,414 – but separate grim government statistics show the real number of fatalities since the crisis began to spiral out of control is closer to 55,000.

Data shows the seven-day rolling average of daily deaths is now 121, up from 119 yesterday and 118 the day before – the first time it has increased for two days in a row since the end of May.

For comparison, almost 950 Britons were dying from Covid-19 each day during the peak of the outbreak in mid-April.

Despite signs of the death curve flattening, Scotland today recorded no new deaths – the first time no fatalities have been recorded on a weekday north of the border since the pandemic began.

Separate promising statistics released yesterday showed the R rate has remained below the dreaded level of one for yet another week and that the number of new cases is still shrinking by as much as 4 per cent each day. 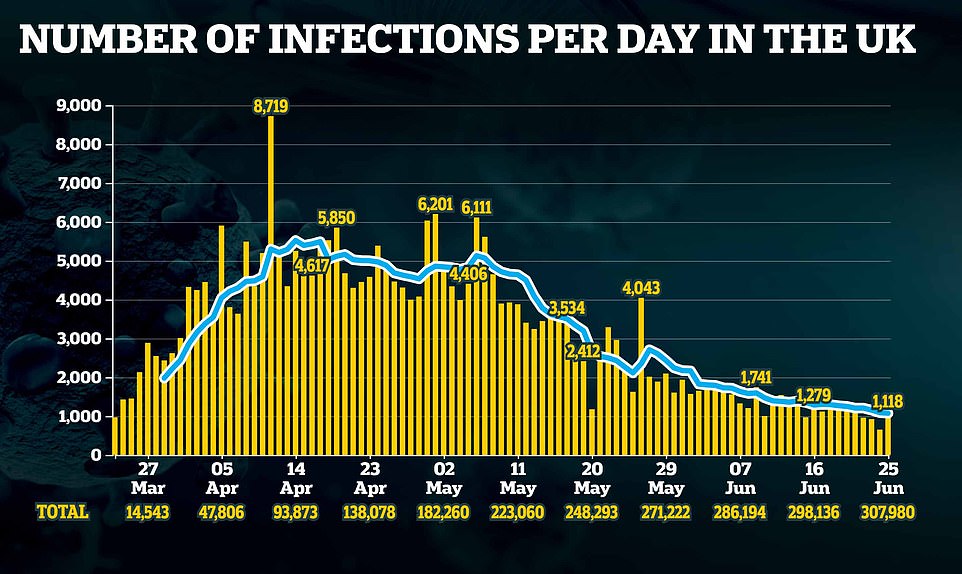 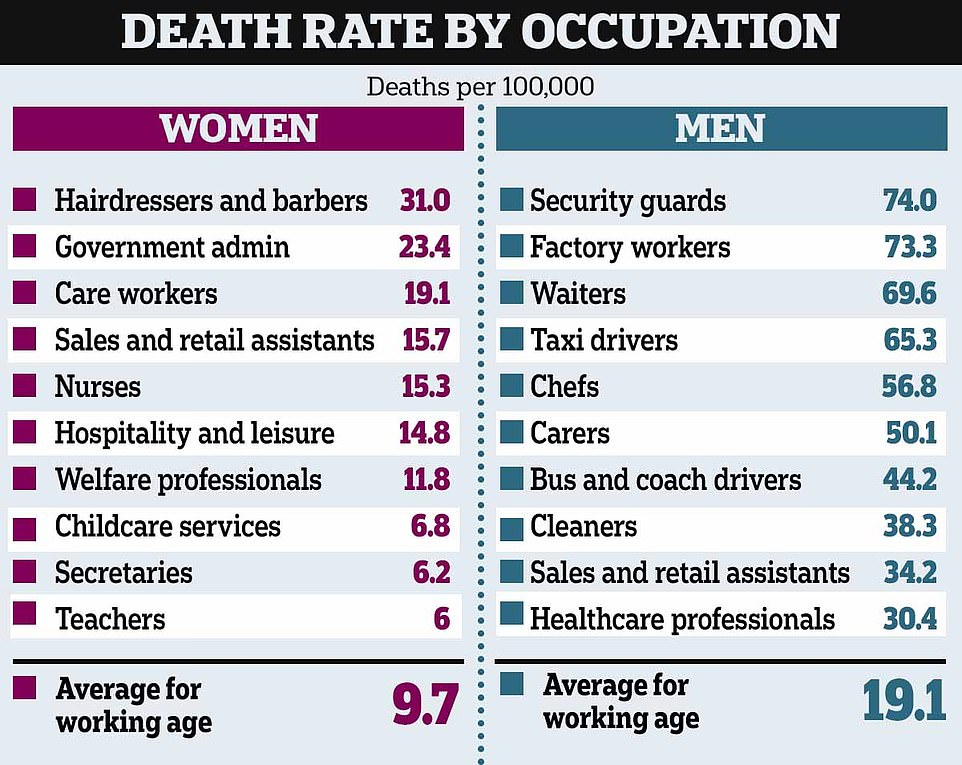 Health chiefs also reported 1,006 more cases of Covid-19, which is slightly down on the 1,118 that were recorded yesterday. It means the official size of Britain’s outbreak now stands at 309,360 cases.

The data does not always match updates provided by the home nations. For example, the Scottish government last Thursday announced two deaths – but the DH recorded nine north of the border.

Department of Health officials work off a different time cut-off, meaning daily updates from Scotland as well as Northern Ireland are always out of sync. Wales is not thought to be affected.

NHS England today reported 67 more victims in hospitals across the country. Wales recorded two victims in all settings, followed by one in Northern Ireland and none in Scotland.

Health chiefs today revealed the death toll had jumped to 43,414, which is actually 184 more than yesterday’s toll – not 186.

But they admitted two deaths identified by Public Health Wales had been taken off the cumulative toll because they were duplicates.

Department of Health’s latest death count for all settings stands at 43,230.