Bruno Mars, who has revived retro funk and R&B for a new generation, on Sunday swept the Grammy Awards in a surprise snub for the hip-hop world, which had hoped for a major breakthrough on the music industry’s biggest night.

The industry seized on its annual gala to rally on behalf of the growing women’s movement against sexual harassment, with pop singer Kesha delivering a fierce performance about her own abuse story.

But for the awards, the feel-good Mars carried the night.

He won the top prize, Album of the Year, for “24K Magic” as well as Record of the Year, which recognizes top tune, for the title track — a tale of good times with beautiful women set to 1980s-style synths and rhythms.

The Recording Academy, the body of 13,000 music professionals, also gave him Song of the Year, which awards songwriting, for another track on the album — “That’s What I Like,” an old-school ode to making love in high style.

The 32-year-old singer, sporting a bright smile and sunglasses, recalled how he first performed as a child for tourists in his native Hawaii.

“All I wanted to do with this album was that,” he told thousands of industry players at Madison Square Garden in New York, where the Grammys temporarily shifted after 15 years in Los Angeles.

Mars won all of the awards for which he was in the running on what was expected to be a major night for hip-hop, which for the first time dominated nominations for the major categories. 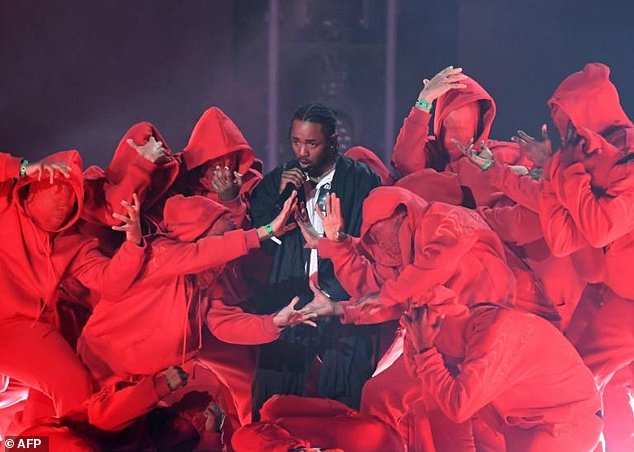 Kendrick Lamar, who opened the 60th Grammy Awards with a fiery performance, has won five prizes so far, including Best Rap Album

But the industry either preferred Mars, or the vote for rappers split.

Hip-hop mogul Jay-Z, who had led with eight nominations, ended the night empty-handed.

Kendrick Lamar for the second time swept all rap categories but failed to win the general prizes.

His five awards included Best Rap Album for “DAMN.,” a turn to a classic hip-hop sound.

Lamar opened the televised gala with a frenetic show, spitting out his verses as he was joined by U2 frontman Bono amid a sea of kung fu dancers who later fell to the ground as if struck by bullets.

– No longer ‘pretend-winning’ in shower – 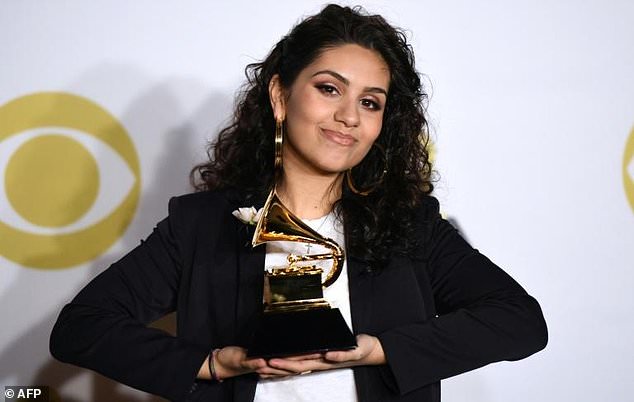 “I’ve been pretend-winning Grammys since I was a kid in my shower,” the 21-year-old from suburban Toronto told the gala.

“I just wanted to encourage everyone to support real music and real artists because everyone deserves the same shot,” Cara added.

Cara has quickly found her voice as a singer with singles such as “Here,” which describes the dread of forced emotions at a party, and “Scars to Your Beautiful,” a call for healthy body image.

Amid rising attention to gender discrimination in the entertainment industry following revelations of sexual misconduct by Hollywood mogul Harvey Weinstein, top stars — notably Lady Gaga — walked the red carpet wearing white roses in solidarity with abuse victims and in an appeal for equality. 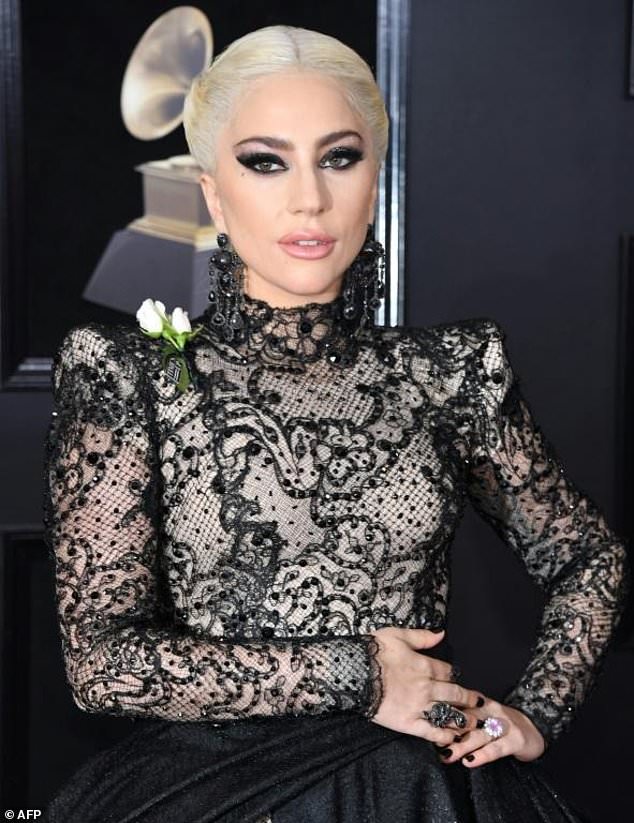 Kesha — whose pleas to break a deal with her producer, whom she accused of rape, initially fell on deaf ears in the industry — brought some audience members to tears with her deeply personal song “Praying.”

Her face intense and her voice ferocious, Kesha sang the autobiographical lyrics: “After everything you’ve done / I can thank you for how strong I have become.”

A clutch of female vocalists including Cyndi Lauper offered her both symbolic and literal support, with Kesha embracing the group in a bear-hug as she finished.

“To those who would dare try and silence us, we offer you two words: Time’s Up!” Monae said, using a slogan for the movement launched on New Year’s Day by hundreds of prominent women in the entertainment industry.

Rapper Logic added his own voice later on stage, telling women: “Stand tall and crush all predators under the weight of your heart that is full of the love they will never take away from you.” 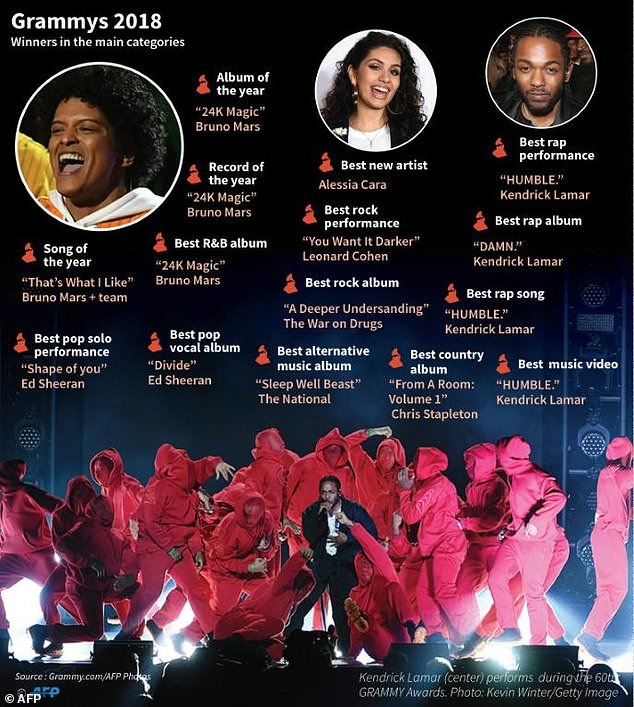 The Grammys didn’t hold back from more light-hearted political commentary.

Noting President Donald Trump’s reported disdain for reading — and the Grammy award for spoken word — host James Corden introduced a video of famous names reciting from “Fire and Fury: Inside The Trump White House,” the sensational account of the tycoon-turned-president’s first year in office.

Musicians known for their criticism of Trump started reading from the book including John Legend, Cher and — smoking from his trademark joint — Snoop Dogg.

The video ends with Hillary Clinton, who lost to Trump in the bitter 2016 election.

“The Grammy’s in the bag,” quips Clinton, whose confidence during her race against Trump proved ill-advised.