Climate change… of address! Eco-activists barricade gas power company’s ‘London HQ’… only to find they moved out a YEAR ago and protesters shut down GREEN energy firm instead

Bungling climate change activists chanted slogans and banged drums outside a London office block today, only to discover the energy company they thought was based there has long moved on.

Protesters from a group called ‘Reclaim the Power’ picketed what they thought was the office of gas plant firm Drax in London’s Moorgate this morning, closing the usually busy road for hours and causing fury among local workers.

But their chants aimed at upsetting Drax’s bosses were in vain after it emerged the power company moved out of the building more than a year ago.

Ironically, the block is now home to Norwegian firm Statkraft, Europe’s largest renewables generator, whose staff were unable to get into their offices as a result of the protest. 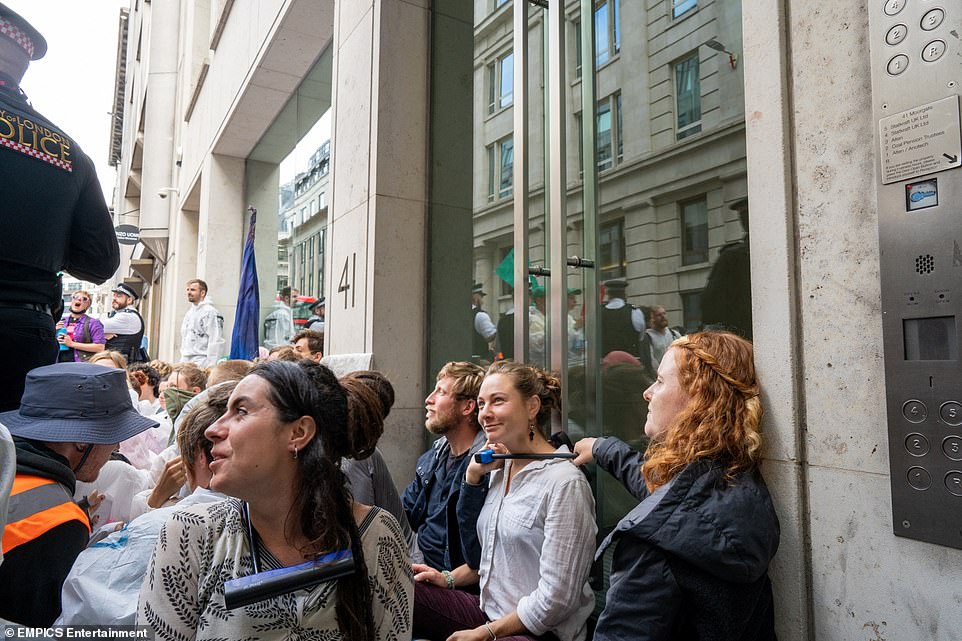 Activists proudly locked themselves to the building’s front door, until it emerged not a single Drax employee works there 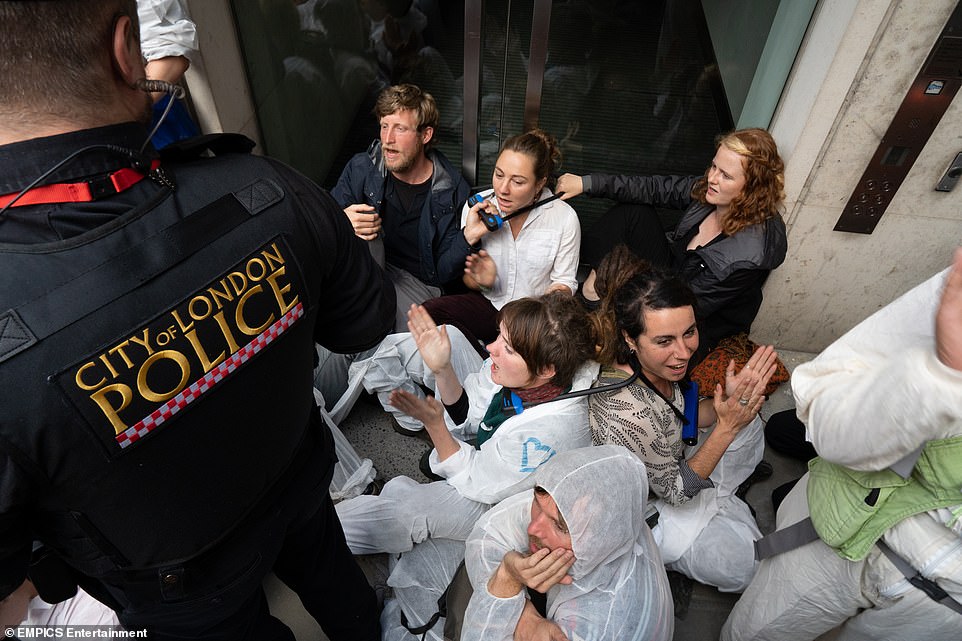 The campaigners later said they were moving on from the offices in Moorgate to Drax’s current London location, around half a mile away, to continue the protest.

Police confirmed they have made no arrests after Moorgate was closed for around three hours this morning, despite the pleas of locals to remove the group.

Activists also launched a protest at the site of SSE’s new Keadby 2 gas power plant in Lincolnshire, which is currently under construction.

Reclaim the Power triumphantly tweeted this morning: ‘We’re using our bodies to block Drax’s HQ and tell them we won’t stand for climate-wrecking new gas projects.’

But they were later forced to leave the site and move to Drax’s actually offices, which are about half a mile away. 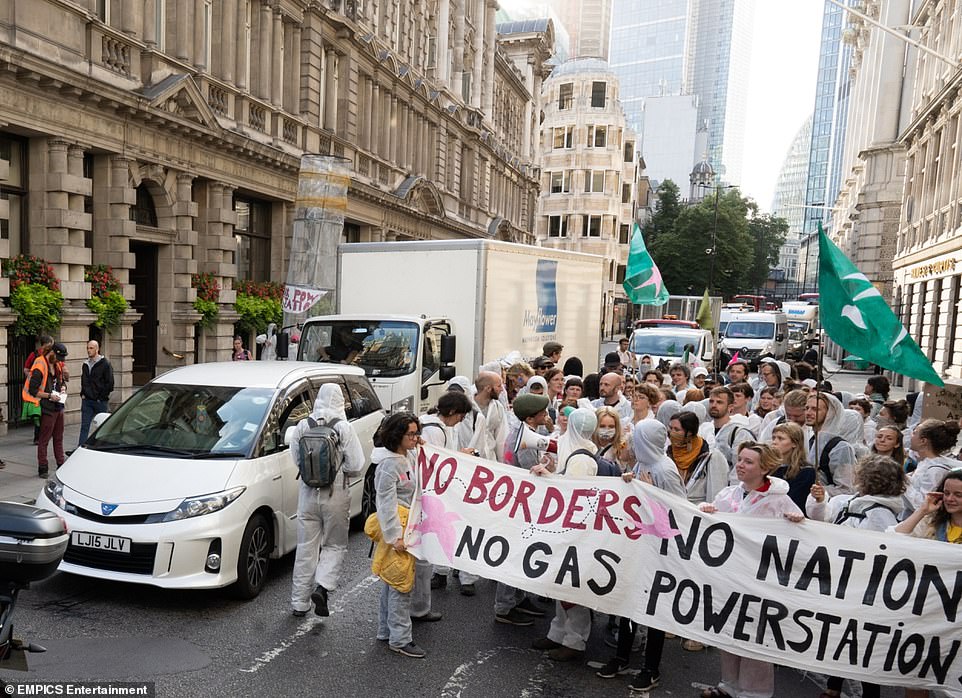 Confusion reigned as the news trickled through that Drax no longer worked in Moorgate. The group then moved on 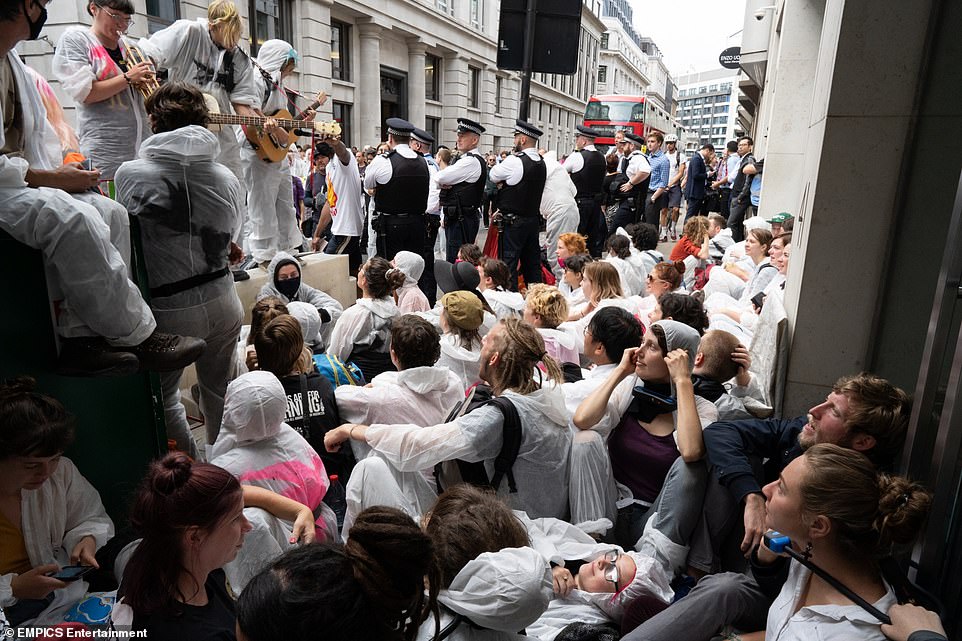 As of 1pm this afternoon, the police had not made any arrests in relation to the protest at multiple locations

A spokeswoman for Drax said everyone had a right to peaceful protest and that climate change was the biggest challenge the world faces.

She added: ‘Natural gas has an important role to play in supporting the growth of renewables like wind and solar, enabling the transition to a net zero carbon economy.

‘When the wind doesn’t blow and the sun doesn’t shine, gas power stations can provide the electricity we need.

‘Building new, more efficient gas power stations will help the UK to meet its climate objectives while ensuring homes and businesses have the power they need at a price they can afford.’ 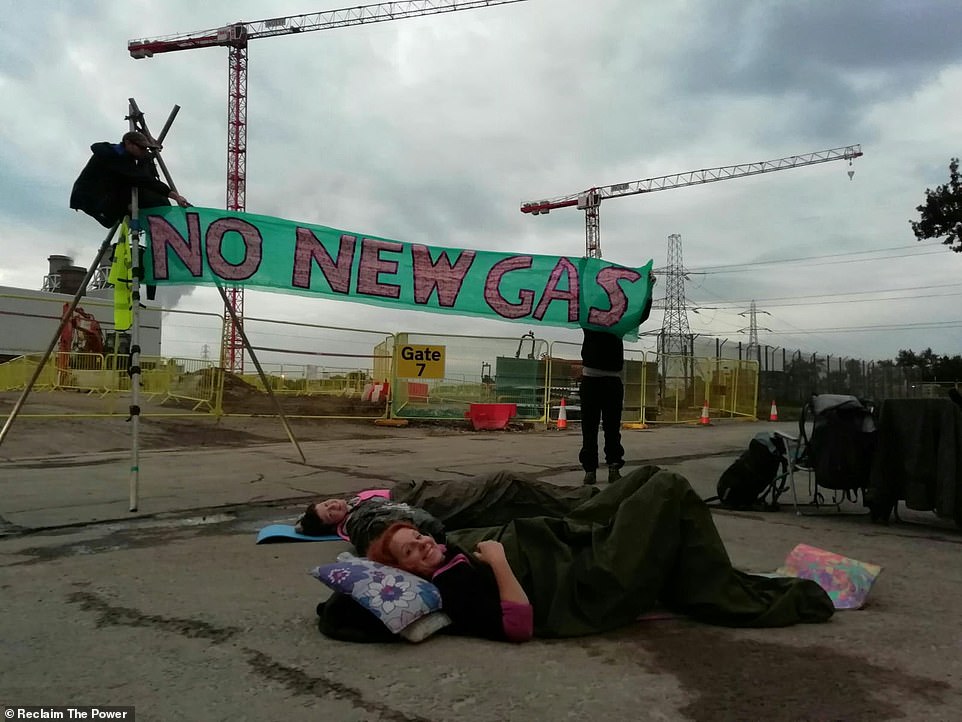 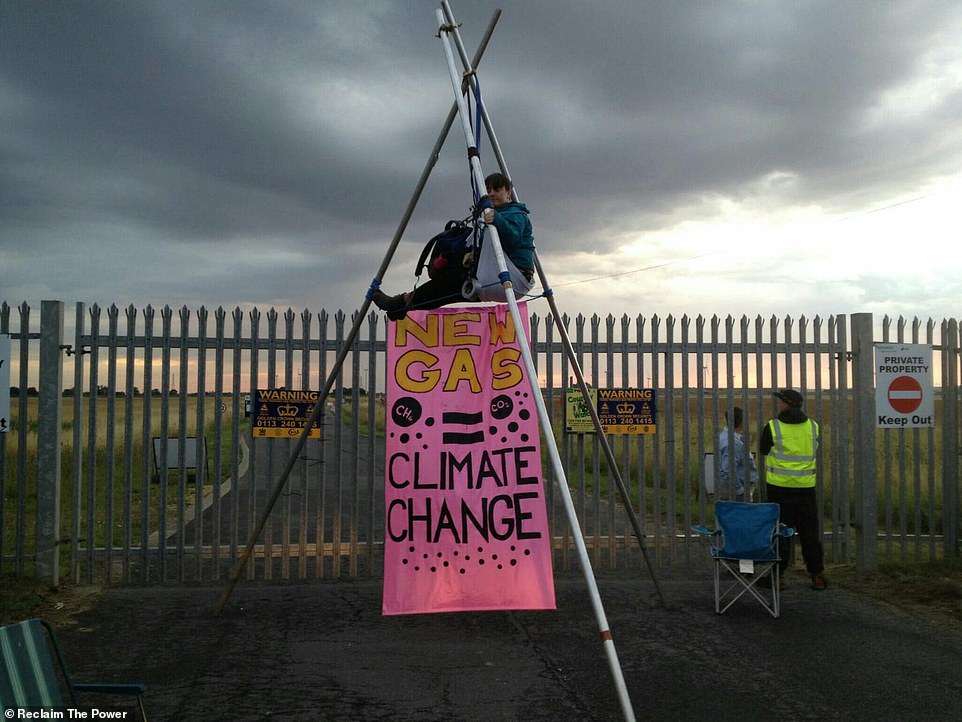 In a statement, SSE said it was aware a group of protesters had gained access to the construction site of Keadby 2 power station, its priority is the safety of everyone on site, and it is working with police and authorities to resolve the situation.

‘SSE’s business strategy addresses the challenge of climate change at its core, as the leading developer, owner and operator of renewable energy across the UK.

‘However, we understand that flexible thermal generation will play a critical role in the transition to ‘net zero’ emissions, particularly with the emerging potential for carbon capture and storage technologies,’ the company said.

It also said it expected Keadby 2 to be the ‘cleanest and most efficient’ gas fired power station in Europea, displacing less efficient plants, complementing renewables and safeguard customers’ power supplies.