Burnley 0-0 Brighton: The Clarets all but seal a place in Europe

Burnley are going into Europe. Brighton, it would appear, are still going to the wire.

A goalless draw at Turf Moor was only half the story as results elsewhere in the Premier League had just as much of an impact on these two clubs.

Leicester’s defeat at Crystal Palace means that Burnley will end a 52-year absence from European competition unless they lose their remaining two fixtures, Everton win both theirs, and there is a 15 goal swing. 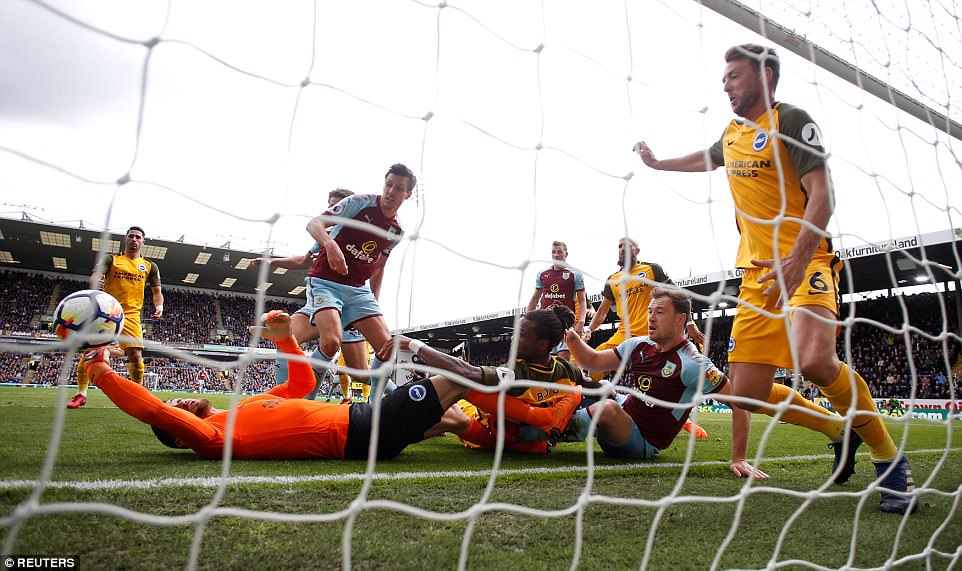 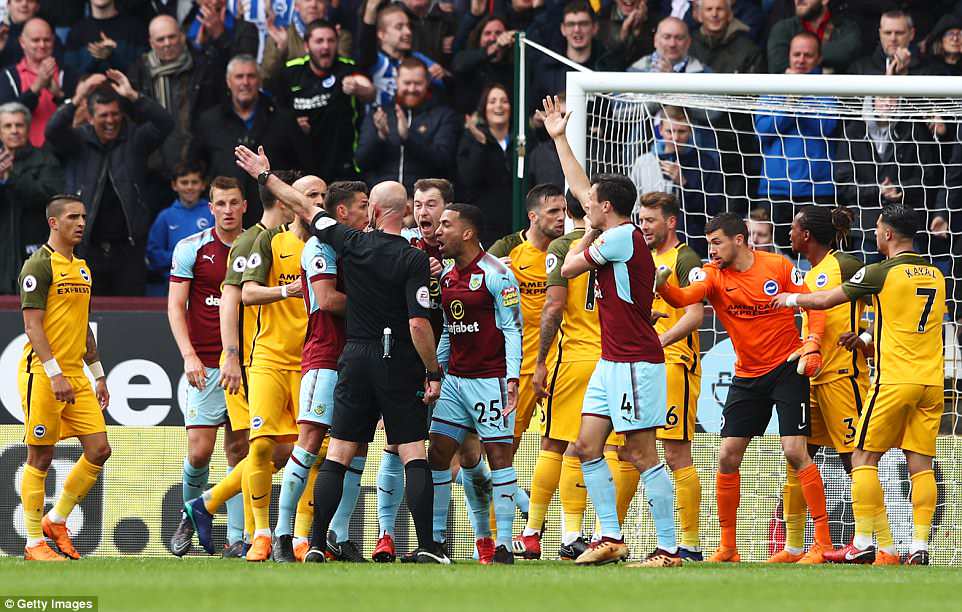 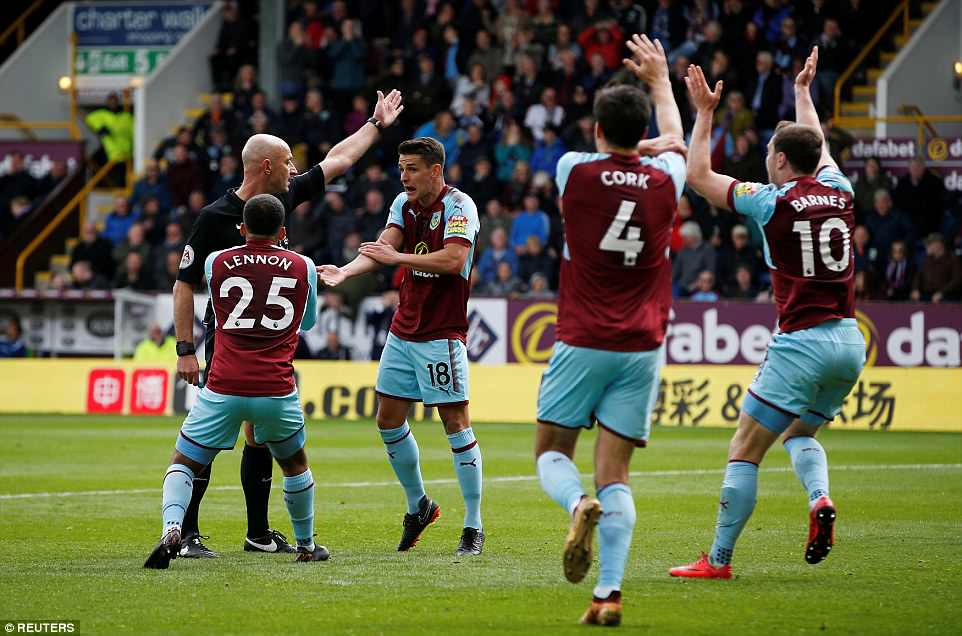 Ashley Barnes (right) had three attempts saved before Duffy cleared off the line, with Burnley claiming he used his arm 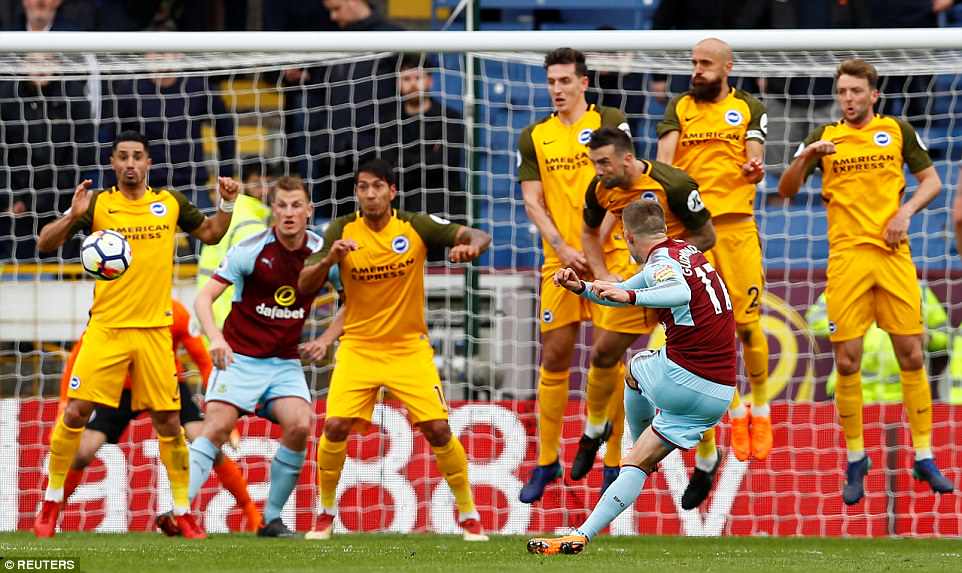 It is highly unlikely to happen so Sean Dyche and his players could be forgiven for already making plans for the Europa League next season.

It’s a fantastic achievement for Burnley just two years after returning to the top-flight. They can still overtake Arsenal, their next opponents at the Emirates in a week’s time, which would be quite a send-off for Arsene Wenger.

For Brighton, a point at Turf Moor was not the worst result in the world against such strong opponents. It would require a disastrous combination of results to send them down now, but Southampton’s win over Bournemouth means it is still possible.

Considering that Brighton’s remaining fixtures are against the two Manchester clubs and Liverpool, they may not pick up any more points this season. It promises to be a nervy end to a season that seemed to be done and dusted at one stage for manager Chris Hughton.

With so much dependent on what happened elsewhere, it was perhaps not surprising that the first half developed into a cautious affair that brought very little goalmouth incident besides one crazy scramble in the 25th minute. 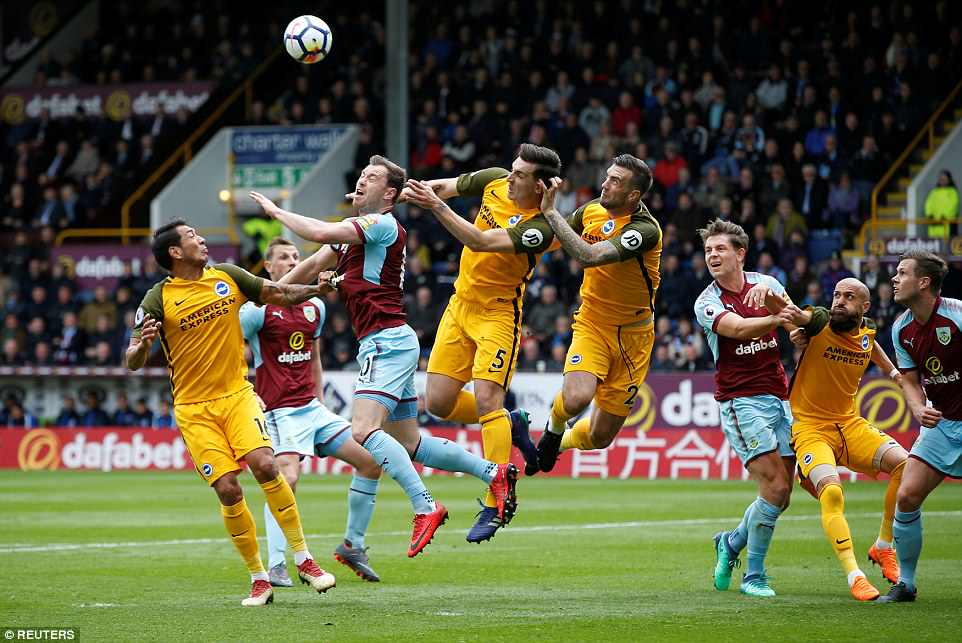 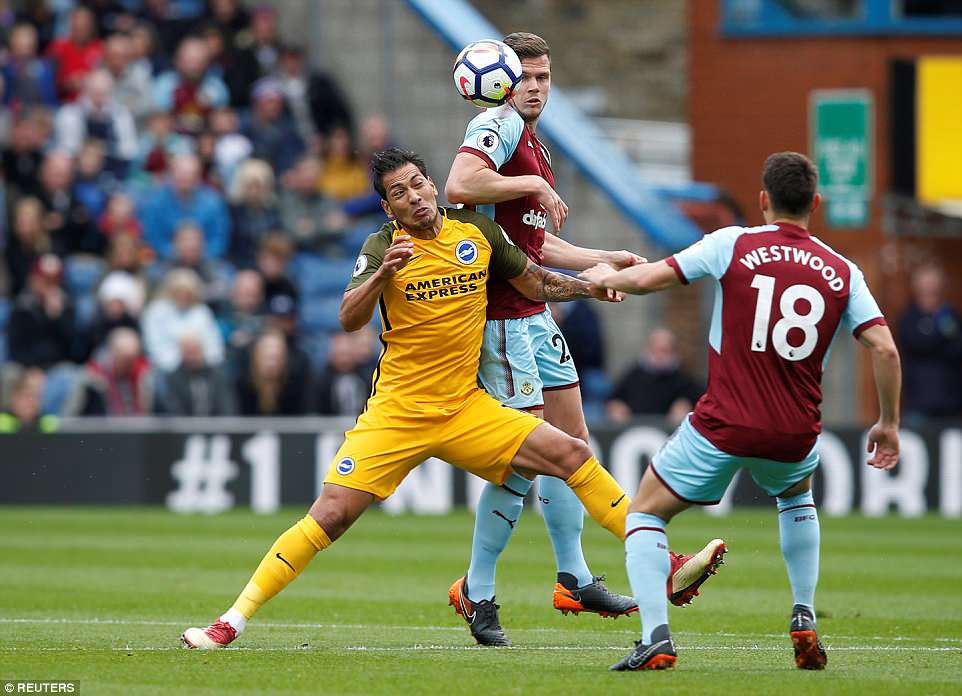 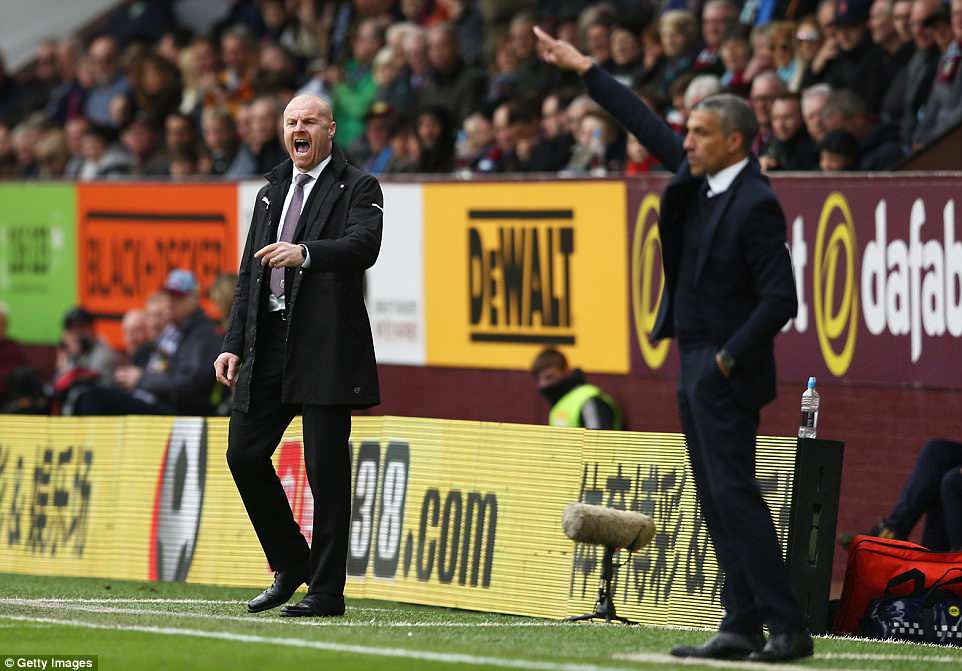 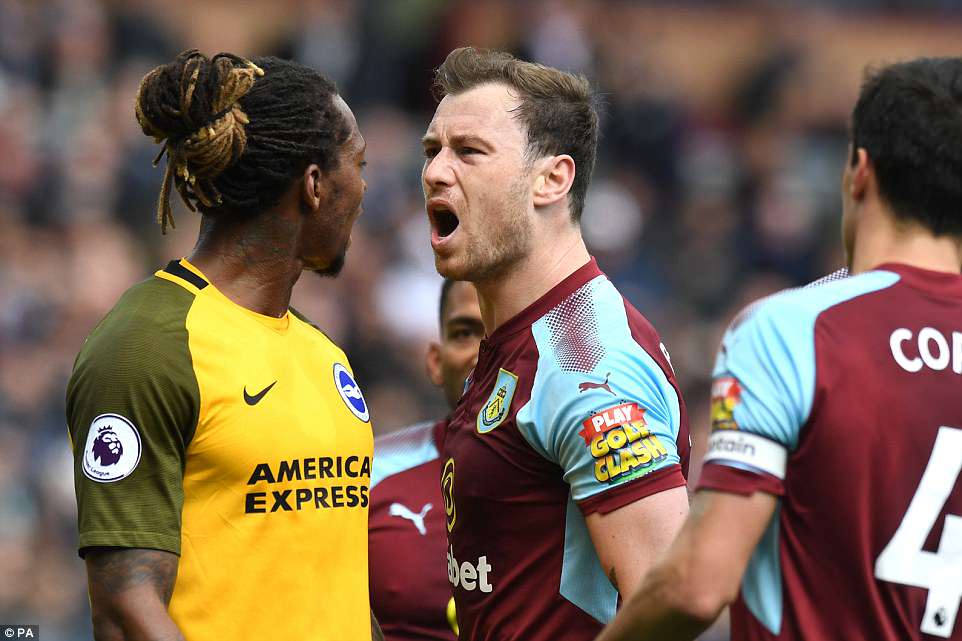 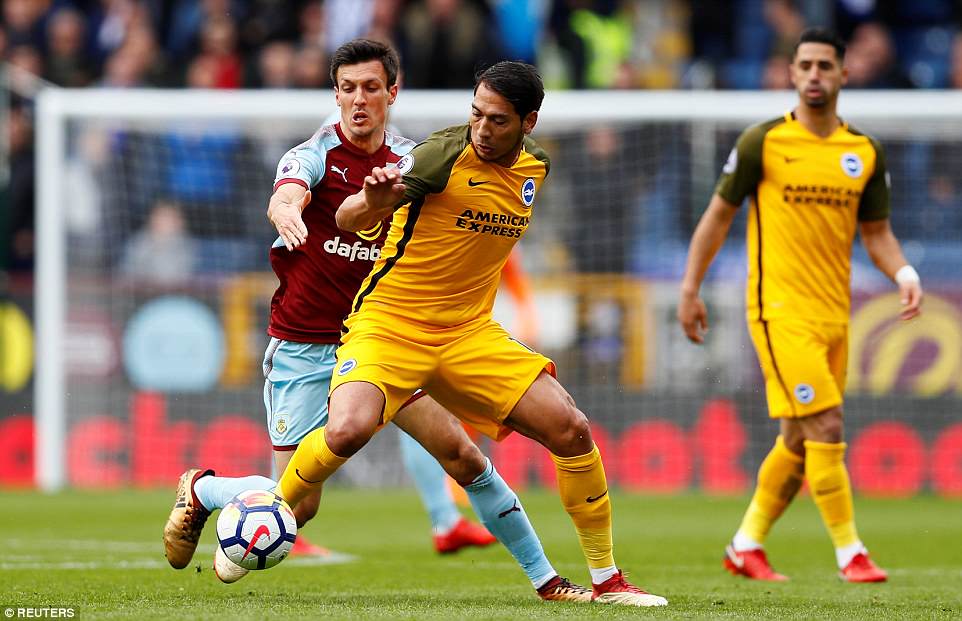 It began with Joey Gudmundsson’s freekick pumped into the penalty box which was inadvertently directed towards his own goal by Brighton skipper Bruno. Ashley Barnes lunged in hoping to turn the ball over the line, but keeper Mat Ryan kept it out and two follow-up efforts from Jack Cork as players piled in.

Brighton thought they had escaped, but James Tarkowski backheeled the ball across goal. Kevin Long tried to turn it in at the far post and Burnley appealed in vain for handball as it appeared to hit Shane Duffy on the arm.

There was little else to set the pulse racing although the in-form Barnes, who came into this match having scored on six of his last eight Premier League games, did his best to cause Brighton problems.

Having drawn a foul and a booking from Dale Stephens with a run to the edge of the box, Barnes went closest to breaking the deadlock in the 38th minute.

Tarkowski started the move with a strong run down the right before laying the ball off to Matthew Lowton. The full-back crossed to the edge of the six-yard box where Barnes met it with a first-time volley straight at Ryan. 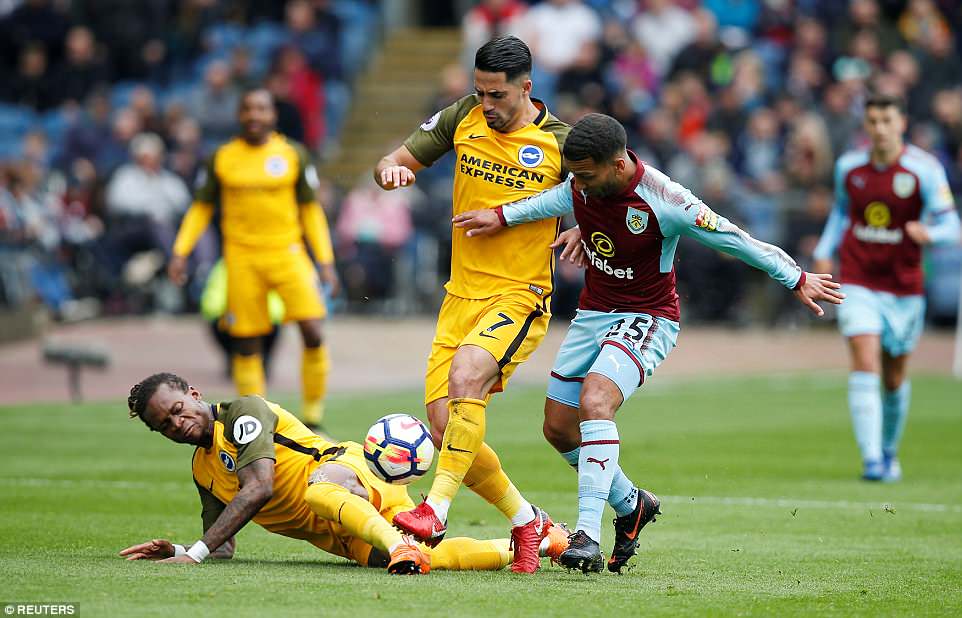 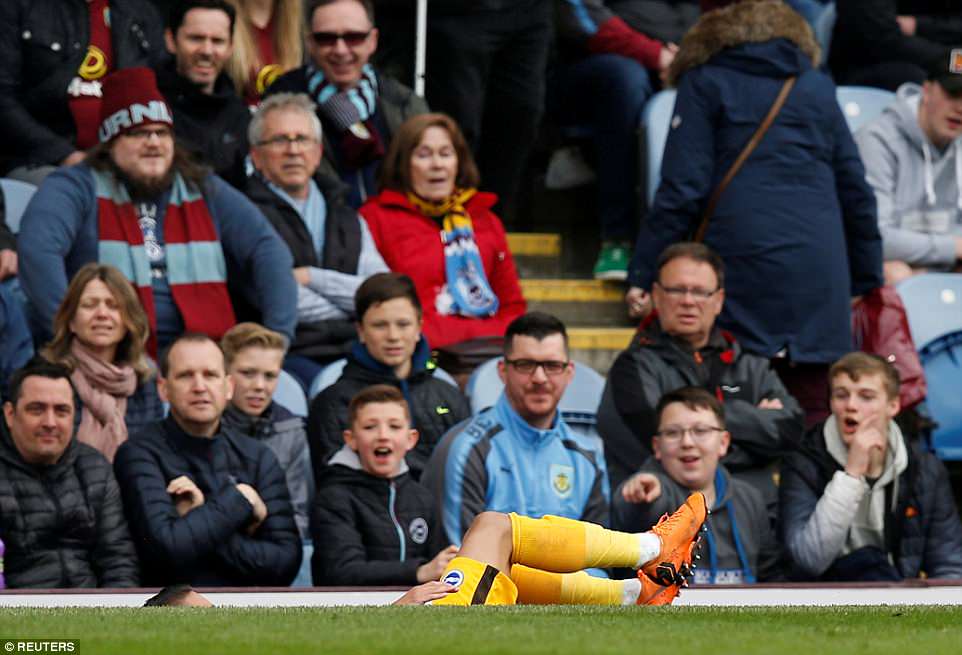 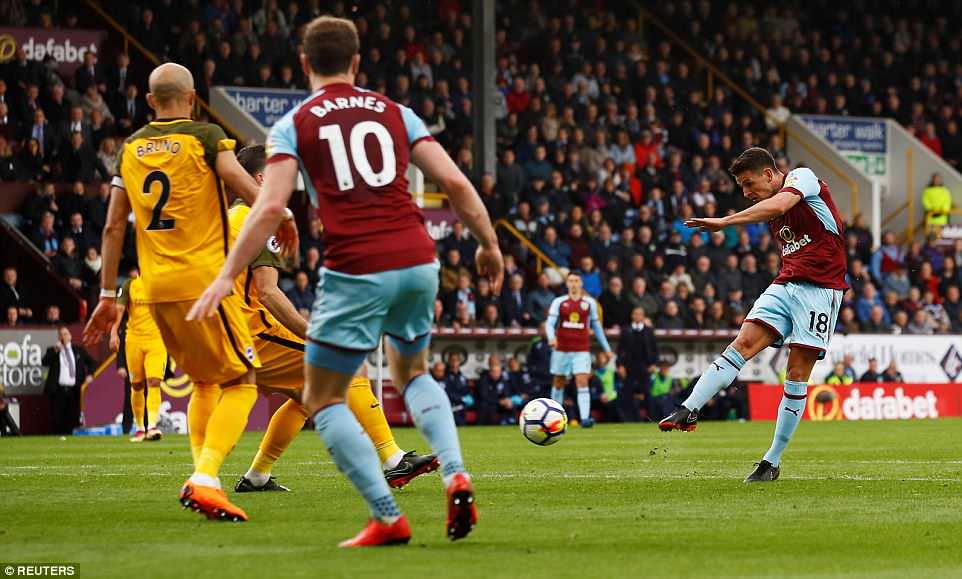 Brighton defender Gaetan Bong’s every touch was booed by the home fans, no doubt in view of the recent racism controversy involving Bong and former Burnley favourite Jay Rodriguez, now at West Brom.

And there was a flashpoint at the end of the first half when Gundmundsson went down injured and Burnley were unhappy that Brighton played on. Players had to be separated as they headed for the tunnel, with Lowton and Beram Kayal in the thick of it.

The second half continued in a similar vein with very little to separate the sides, even though Burnley saw more of the ball.

Dyche sent on Sam Vokes for Chris Wood in search of a breakthrough after the former Leeds man was injured in a challenge with Bruno, and Hughton responded immediately by replacing Leonardo Ulloa with Glenn Murray.

It brought little change and both clubs had reason to be satisfied with a point. 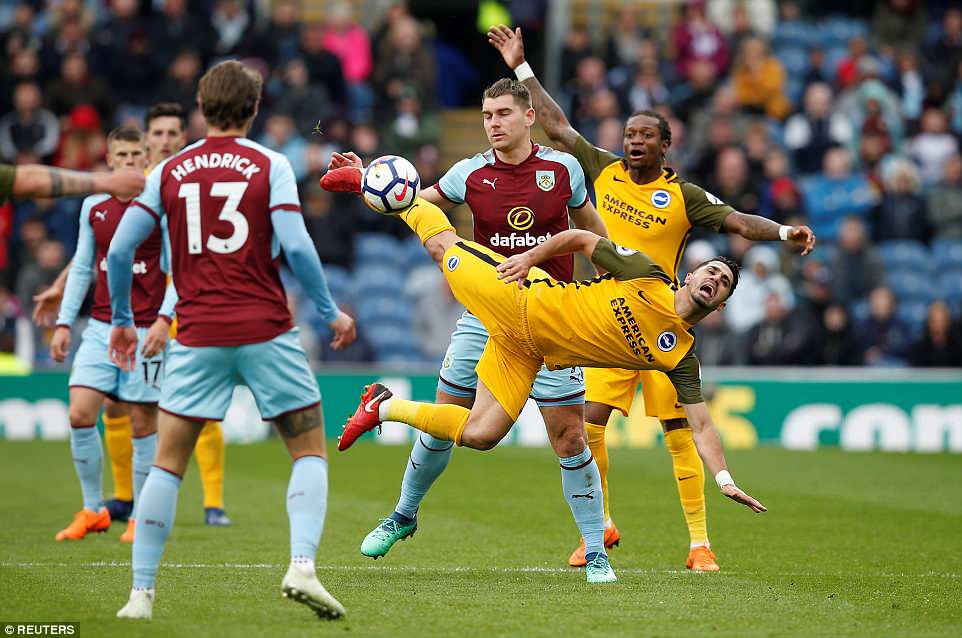 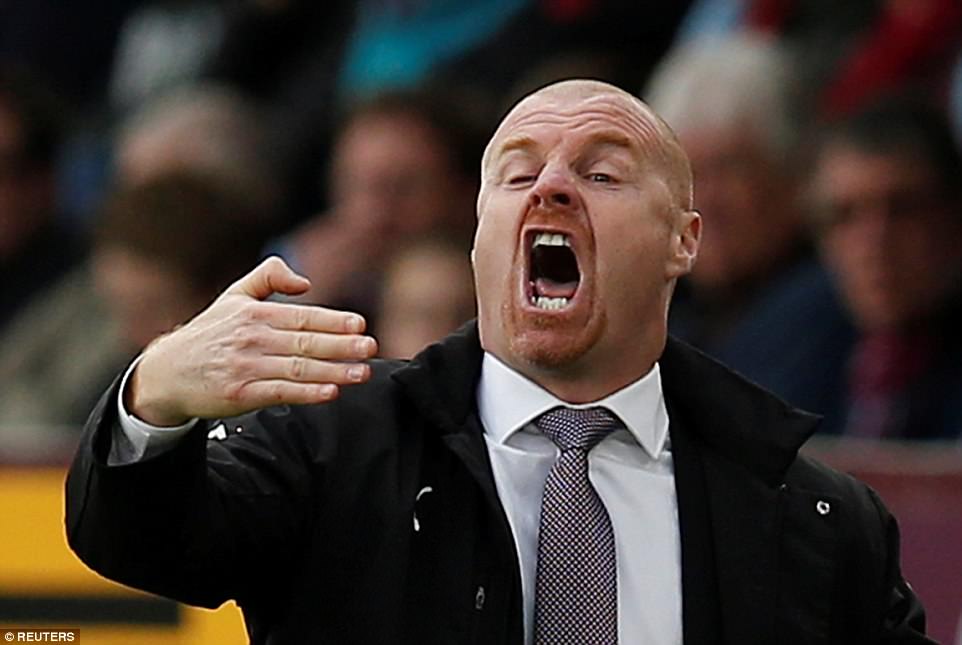 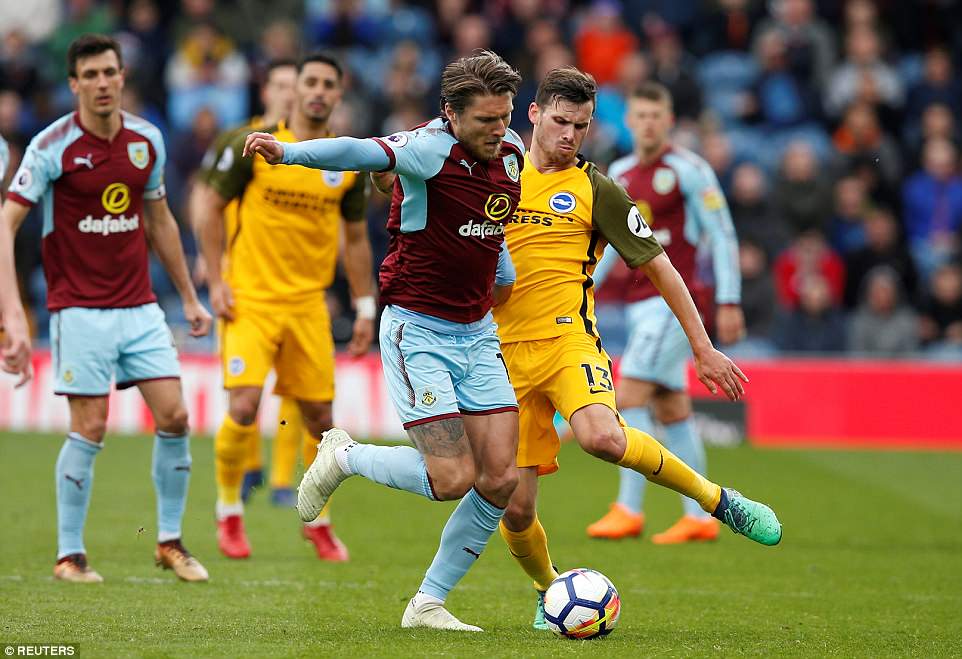 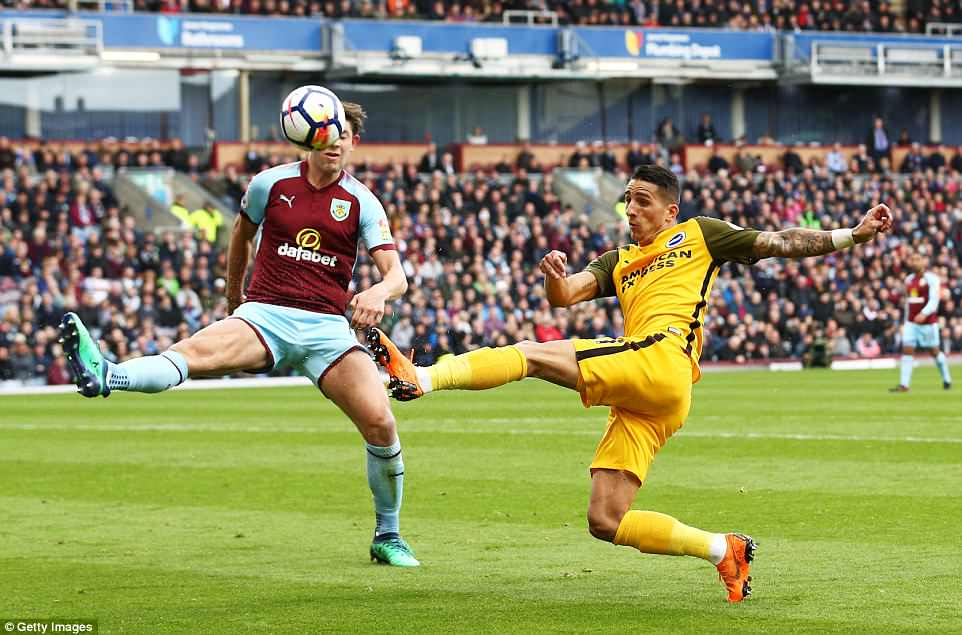 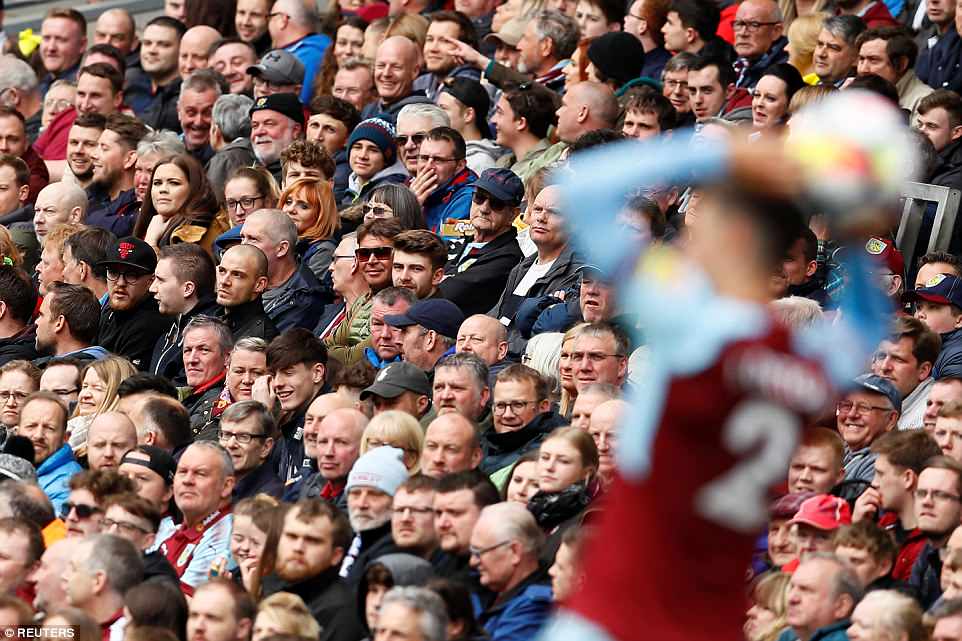 The Turf Moor faithful look on as their side edge closer to European football next season, which is now all but confirmed