Assurances secured by ministers over the hostile takeover of GKN are ‘not worth the paper they’re written on’, critics said last night.

He said he had received assurances from Melrose, which is mounting the £8.1billion takeover, about the future of the 259-year-old firm, particularly its aerospace division. Critics have pointed out that Melrose may eventually sell off parts of GKN to the highest bidder after five years, jeopardising the long-term future of the firm 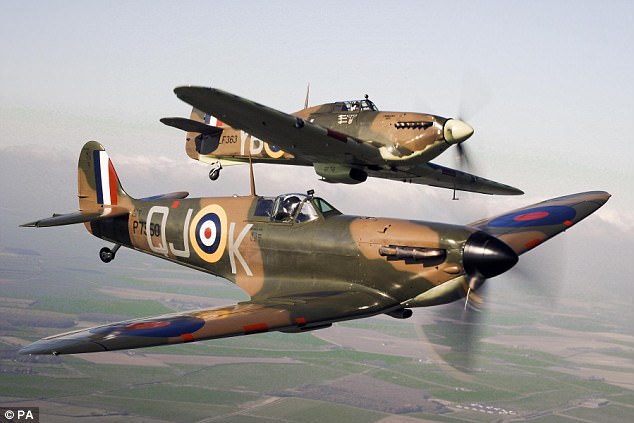 And he effectively cleared the way for the deal, telling MPs he was unlikely to intervene over concerns about national security before shareholders vote.

But MPs lined up to condemn the supposed guarantees, warning they may not be legally enforceable or stop Melrose from breaking GKN up and selling it off.

They said his last ditch intervention had generated little more than ‘warm words’ and had come too late to influence shareholders, many of whom will have already voted.

Critics also pointed out the promises would allow Melrose to sell off parts of GKN to the highest bidder after five years, jeopardising the long-term future of the firm, which makes parts for the Eurofighter Typhoon and US-UK fighter jets.

The government has intervened 12 times in takeovers since the Enterprise Act 2002 was created.

Seven of these were on national security grounds, including in 2005 when US defence giant Lockheed Martin bought military communication firm Insys.

The row erupted after Melrose made an eleventh hour bid to persuade wavering shareholders to back the deal yesterday.

Melrose snaps up underperforming firms and sells them on at a profit, often within three to five years, raising concerns that GKN will be broken up and flogged off around the world.

Concern for UK industry was heightened after major GKN customer Airbus said it would find it ‘practically impossible’ to give GKN work under short-term owners. 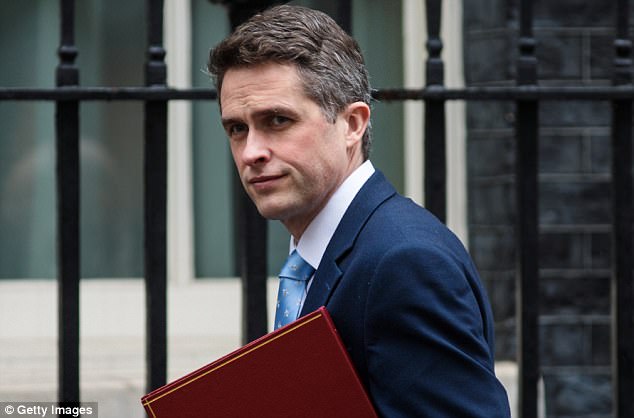 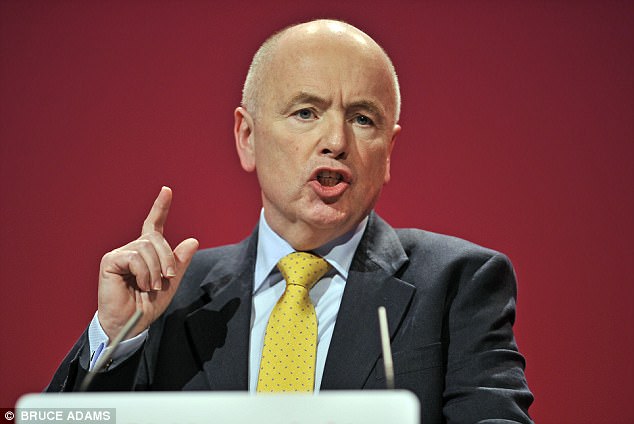 Labour MP Jack Dromey has argued that warm words do not conceal the reality that GKN would become history if Melrose takes over ‘The guarantees are not worth the paper they are written on,’ he said

Mr Clark sent Melrose a letter in which he laid out his concerns over long-term investment in GKN – particularly in light of the firm’s state defence work.

‘I am concerned that a short-term approach to ownership may not be compatible with maintaining the longer-term relationships which characterise the best interests of the defence field,’ he said.

‘I would expect to see a commitment to continuity of ownership and strategic investment specific to the defence-related business of GKN and to exclude the option of a short-term sale of this business without the consent of the Government.’

In response, Melrose yesterday issued a series of promises insisting it would not sell the aerospace arm of GKN before April 2023.

But this commitment did not make the formal undertakings agreed with the Takeover Panel watchdog. As such, it may not be considered legally binding.

Melrose also said it would keep its own headquarters in the UK, keep its shares on the London Stock Exchange and protect the GKN name for five years.

No binding promises were made on the UK workforce or maintaining GKN’s headquarers in Redditch, Worcestershire.

After receiving these ‘guarantees’, Mr Clark gave a statement to MPs saying he would take advice on whether to intervene on national security grounds after shareholders have voted, paving the way for the deal to be approved.

However, the Mail understands that Defence Secretary Gavin Williamson remains ‘unconvinced’ by the national security aspect of the deal.

Last month he raised ‘serious concerns’ about a ‘lack of clarity’ about what would happen to the military side of the business.

And in Parliament, MPs on both sides of the house raged at the failure to protect the firm. 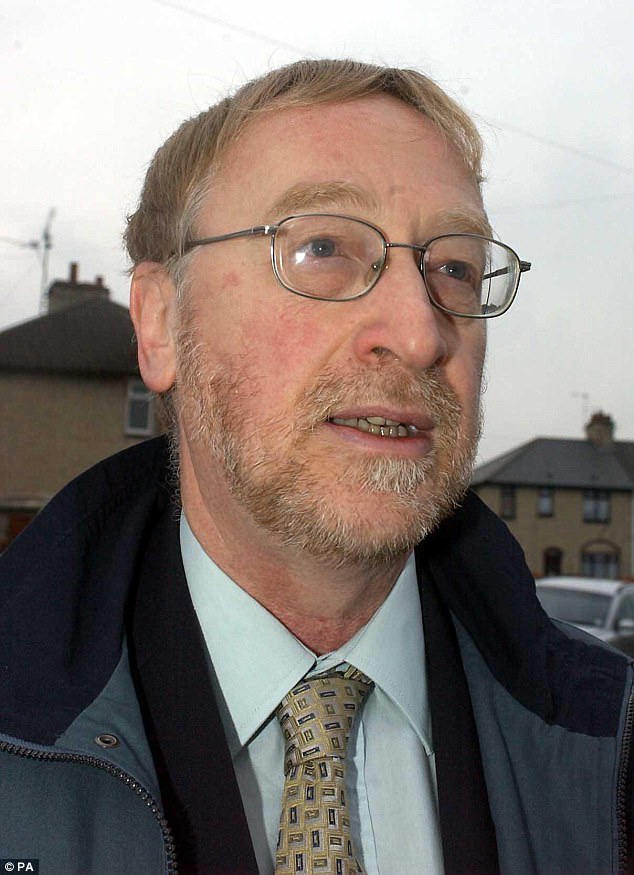 ‘The guarantees are not worth the paper they are written on.’

Rachel Maclean, the Tory MP for Redditich, said the pledges were ‘simply not good enough for Redditch.’

She added: ‘There is no clarity about the headquarters being in Redditch and it would be a really sad day if we lost them. There are still major question marks hanging over this deal.’

Pointing out the takeover had been looming for two-and-a-half months, she said: ‘Why did it take three days before shareholders have to vote on this bid for you to write to shareholders to get those assurances?

‘Which are frankly pretty limited and it’s too late for you to drive a harder bargain.’

Labour MP Adrian Bailey added: ‘The Melrose commitment not to sell GKN aerospace division before 2023 falls well short of the investment cycles of 20-40 years that are needed in the aerospace industry.’

Steve Turner, assistant general secretary of the Unite union, which represents GKN workers, said: ‘It is doubtful that even these limited assurances are worth much more than the paper they’re written on, or are actually legally enforceable by either the Government or the takeover panel.

‘No deal should be struck on the basis of false promises.’

Melrose has repeatedly said it invests in businesses as if it will own them forever. In his letter, chief executive Simon Peckham said: ‘We are totally transparent.

‘We are here because under the management of its current board, GKN has underperformed … and the business needs help. We believe we are the right team to return this ailing business to … a British engineering and manufacturing powerhouse.’

PLEDGE: Melrose says it is willing to make a ‘legally binding’ commitment that it will not sell GKN’s aerospace division before April 1, 2023.

REALITY: This promise was included in a letter to Business Secretary Greg Clark. But it did not make it into the formal ‘post-offer undertakings’ agreed with the Takeover Panel, the watchdog that regulates mergers and acquisitions. As such it is not legally binding.

Furthermore, Melrose says the commitment would not stop it floating the aerospace arm on the stock market – leaving it open to a takeover bid from someone else.

Melrose also says the commitment can be ditched if there is a takeover approach from ‘a suitable purchaser’ before April 2023. The commitment effectively hoists a ‘for sale’ sign over GKN’s aerospace division in April 2023 – raising the prospect of a takeover from anywhere in the world.

PLEDGE: For a period of five years, Melrose will keep its headquarters in the UK and its shares listed on the stock market in London. It will also ensure the majority of its directors live in the UK.

REALITY: On the face of it, these promises sound reassuring and they are legally binding – meaning the Takeover Panel could take Melrose to court if they break them. But they refer to Melrose and not to GKN. As such they are a sideshow.

After a successful takeover that would see GKN become part of Melrose, the GKN headquarters in Redditch, Worcestershire, could close, GKN’s shares will disappear and the GKN board will be sacked.

PLEDGE: Melrose will ensure that spending on research and development at GKN will equal at least 2.2 per cent of GKN sales every year up to 2023.

REALITY: This pledge is legally binding and is welcome. But there is nothing to say what the money will be spent on and there are no guarantees that the spending will continue after five years – raising fears over the future in an industry where projects can take a decade or longer to come to fruition. GKN says it spent 3.6 per cent of sales on R&D in 2016.

…AND WHAT WASN’T PROMISED: Melrose has made no commitment on jobs. GKN has 58,000 staff around the world including 6,000 in the UK. Nothing that Melrose or the Government said yesterday safeguards their jobs. In fact, the kind of cost-savings that Melrose is targeting could put hundreds if not thousands of GKN jobs at risk around the world.