This is the wealthy businessman ‘slum landlord’ who owns the ‘filthy’ three-bedroom house let to around 20 Romanian builders, MailOnline can reveal.

Patanchaly Ananda-Mohanadas is the owner of the ‘disgusting’ property in Kingsbury, north London, which generated £1,000-a-week in rental income before it was raided by police yesterday morning.

Mr Mohanadas told MailOnline he had ‘no knowledge’ of the raid by police, saying: ‘This is the first that I’ve heard of this. I was there at 10am yesterday.’

Mr Mohanadas, a father-of-three, laughed as he viewed pictures of the squalid conditions inside the rental property. 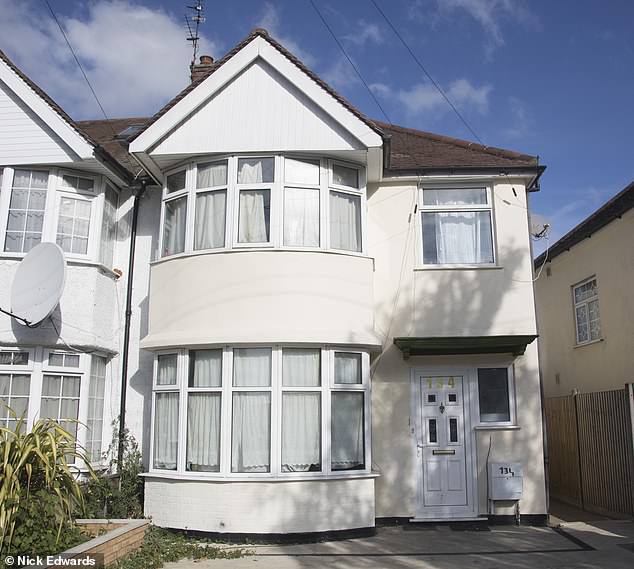 Police raided the property yesterday and struggled to gain access because mattresses were jammed against doors. Brent Council said the conditions were among the worst they had seen 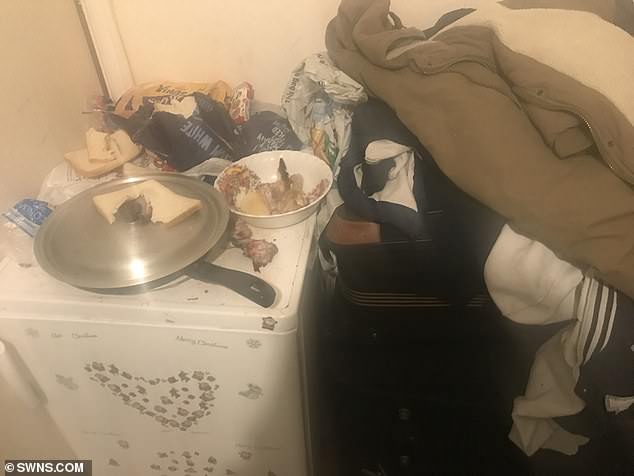 Officers found mattresses in every room besides the kitchen and bathroom. The kitchen (pictured) had bits of food strewn across work surfaces and dirty crockery on sideboards 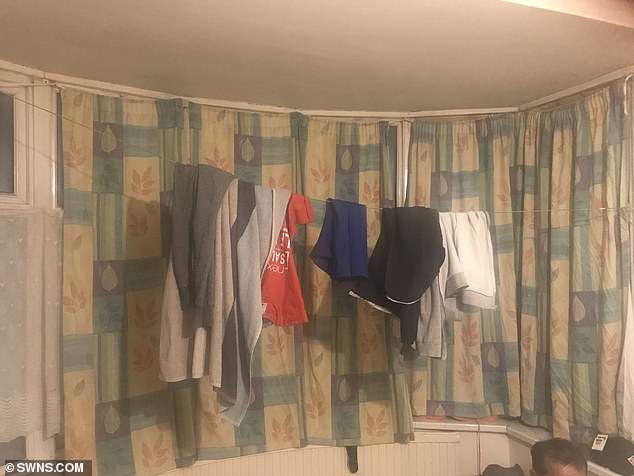 When asked how he would feel if his own children were housed in such appalling conditions, he again added: ‘I feel like you’re trying to kill me. I’ve got my rights and I ask that you respect my freedom and my civilisation.’

Mr Mohanadas lives in a £500,000 modern home in a quiet cul-de-sac in Letchworth, Hertfordshire, with an extension and private garden to the rear and an immaculate white Toyota Rav 4 parked in the driveway in front of the property.

Police raided the rental house in north London and found tenants people living in appalling conditions. They found rotting food strewn across the kitchen floor and work surfaces, dirty bathrooms and struggled to gain entry to some rooms because mattresses were jammed against doors.

Brent council described it as one of the ‘one of the worst’ illegally-let properties they had ever seen.

Neighbours there said they had complained to the council for six months before police finally took action against the tenants, who were each paying between £30 to £50-a-week to live there. 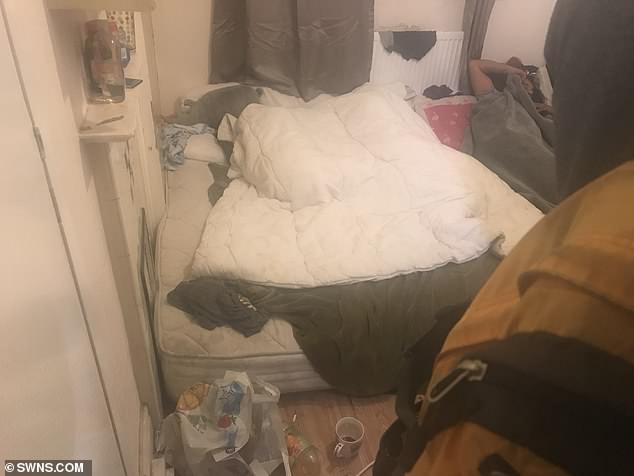 This is the scene inside an overcrowded house in Brent, north west London where a rogue landlord was renting out his three-bedroom house to 20 men at a cost of £1,000 a week 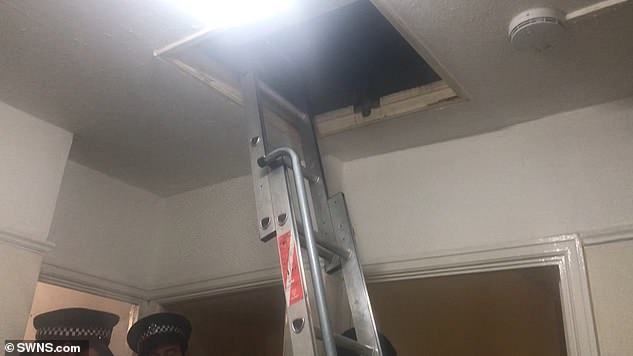 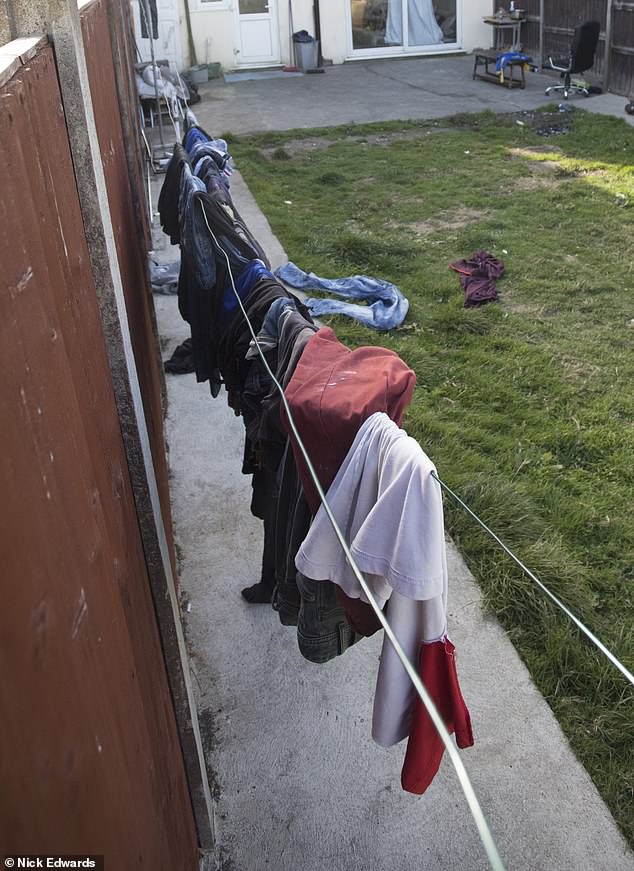 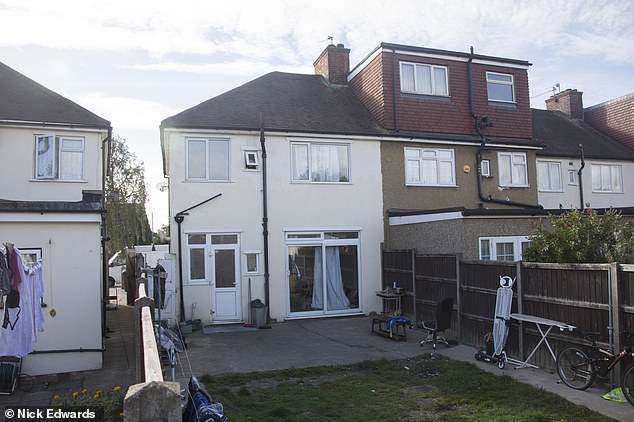 When asked if he would like his children to sleep in such appalling conditions, Mr Mohanadas said: ‘I’ve got my rights and I ask that you respect my freedom and my civilisation’ 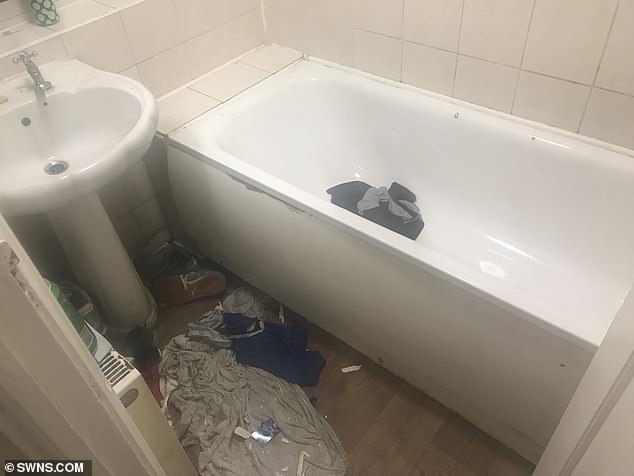 The bathroom, pictured,  was one of the only rooms not to have a bed installed

Karson Mepani, who runs a local newsagents, complained that he and wife Manbai endured months of loud music late at night, rows between tenants and food waste  thrown over their garden fence.

‘I can’t believe that it’s taken this long for them to finally do something about this.’

His wife said: ‘There are about 20 young Romanian men living there. They work as builders because they’re picked up in work vans early every morning. We rarely see them.

‘They play loud music through the night, particularly during a Saturday night.

‘We know that there are loads of them living there because we hear them having really loud rows.

‘They sometimes throw food waste over our back garden fence and hang clothes on it like it’s a washing line.’

Mr Mepani continued: ‘I understand that finding adequate housing is a problem around here. But my family are working around the clock to pay our bills and do everything by the book. I can’t imagine that they can say the same.’

One of the tenants, who had previously refused to answer the door of the three bed semi-detached house, finally emerged to leave the address this morning.

David Dragan, 34, a Romanian builder said he pays £80-a-week to live in the house, but has no contact with the landlord because he sublets from another tenant.

‘The police came inside our house yesterday. I don’t care about the conditions there myself. I’ll move out after all that’s happened. I don’t want to say any more.’ 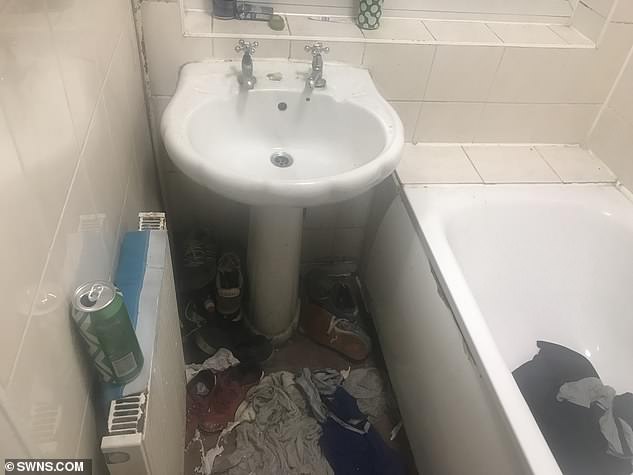 The house’s bathroom was covered in discarded clothes and rubbish 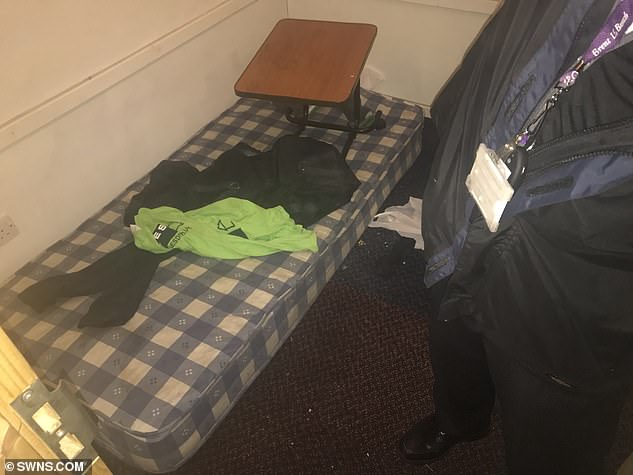 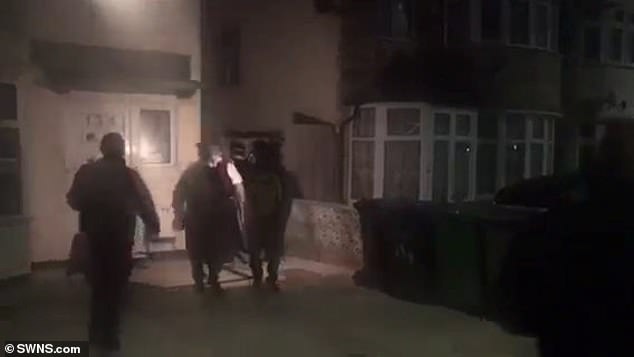 A spokeswoman for Brent Council said it was ‘one of the worst’ illegal HMOs it has uncovered.

She said: ‘Aside from seeing rodents or cockroaches it is one of the worst we have seen.

Councillor Eleanor Southwood, cabinet member for housing and welfare reform, said: ‘We have a zero tolerance policy against landlords who exploit tenants by housing them in slum-like conditions.

‘No tenant in Brent should believe that they are powerless against a landlord who takes their money in exchange for squalor.

‘We are here to help tenants fight back against rogue landlords by taking them to court.’