Busy is one way to describe Busy Philipps right now.

The 39-year old married mother of two has a new book and is gearing up to host her very own talk show — Busy Tonight — on E! in October.

And despite her hectic schedule, the Freeks and Geeks alum still finds time to get in a rigorous workout.

Top of the morning: Busy Philipps was spotted leaving a gym in Los Angeles Wednesday morning

Busy was spotted leaving a gym in Los Angeles Wednesday morning, looking healthy and fit in black leggings, a red hoodie and grey sneakers as she carried a black leather purse over her shoulder.

She went makeup free and wore her long blonde tresses pulled back off her face and in a ponytail.

Being the social media guru that she is, the Illinois-native-native shared video of her workout on her Instagram story.  In it, she can be seen doing back leg kicks while kneeling down on a small trampoline. 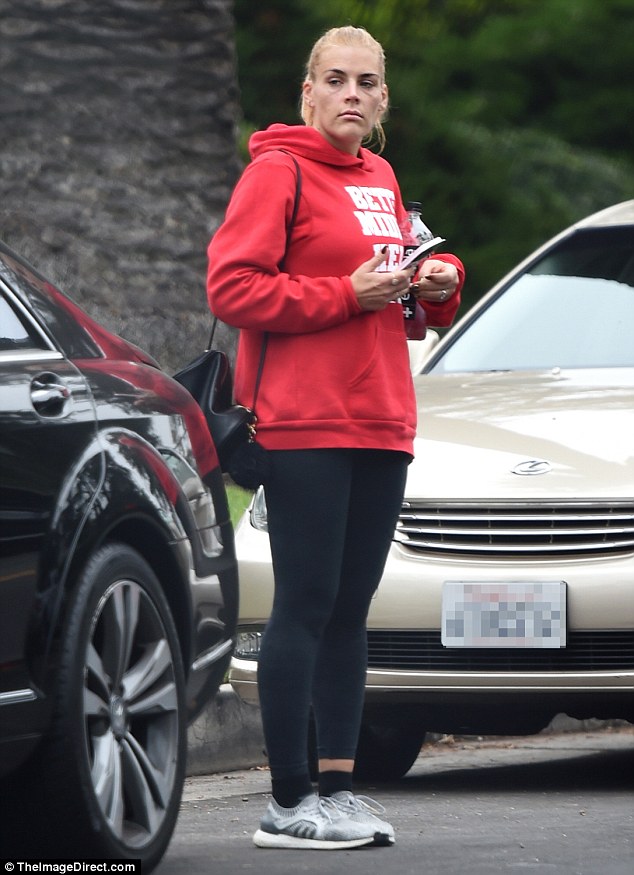 Workout wear: The Freaks and Geeks alum wore black leggings and a red hoodie as she left the gym 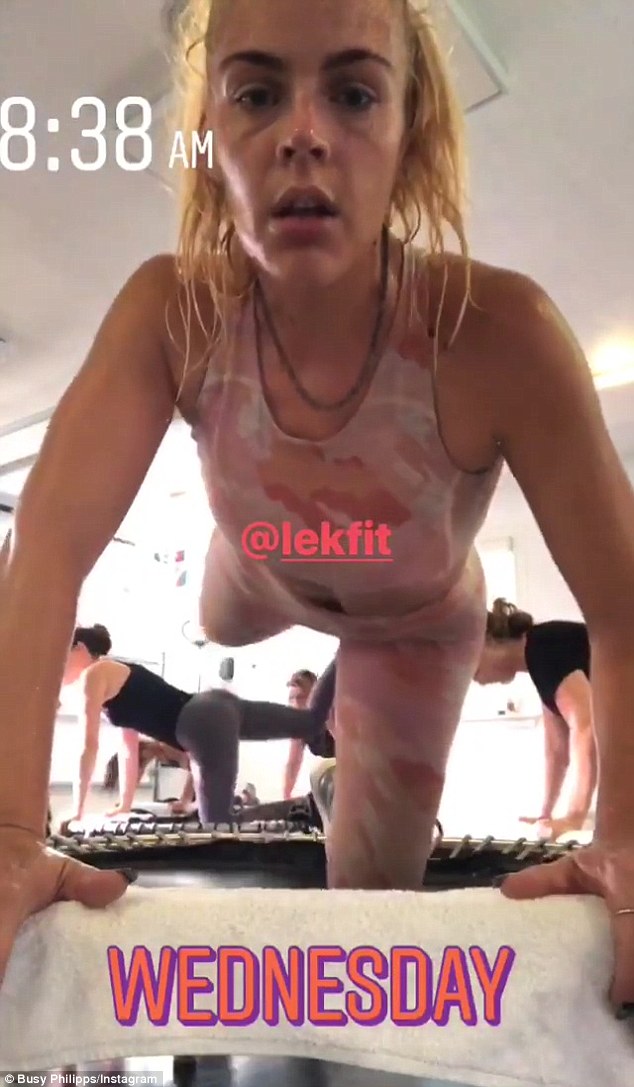 Working it: the 39-year old shared a video on her Instagram story of her grueling workout

Busy also spent part of her morning getting emotional over her first-ever book — This Will Only Hurt a Little — that will be available October 16.

‘I just watched my zoom story of me crying over my book, it’s a little dramatic I admit, but it’s a big accomplishment. I’m really proud of myself, I wrote a book. I’m just laughing because I was hysterically crying.’

The New Yorker described the candid memoir as: A hilarious, heartfelt, and refreshingly honest memoir by the beloved comedic actress known for her roles on Freaks and Geeks, Dawson’s Creek, and Cougar Town who has become ‘the breakout star of Instagram stories…Imagine I Love Lucy mixed with a modern lifestyle guru.’ 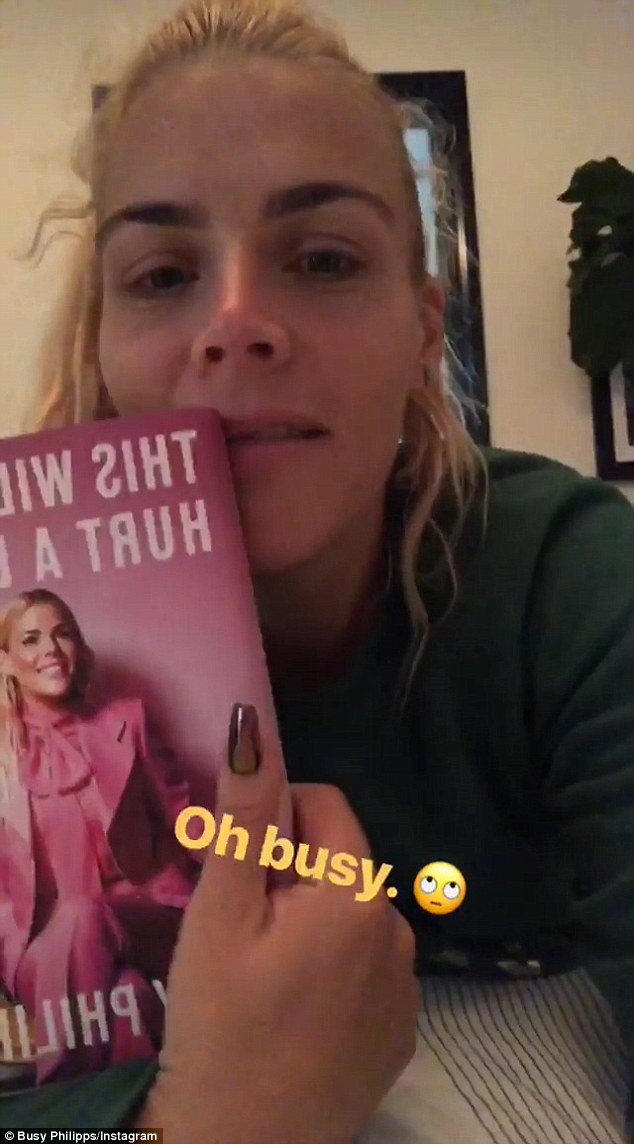 Sense of pride: Busy got emotional when she talked about her upcoming memoir — This Will Only Hurt a Little — which comes out October 16 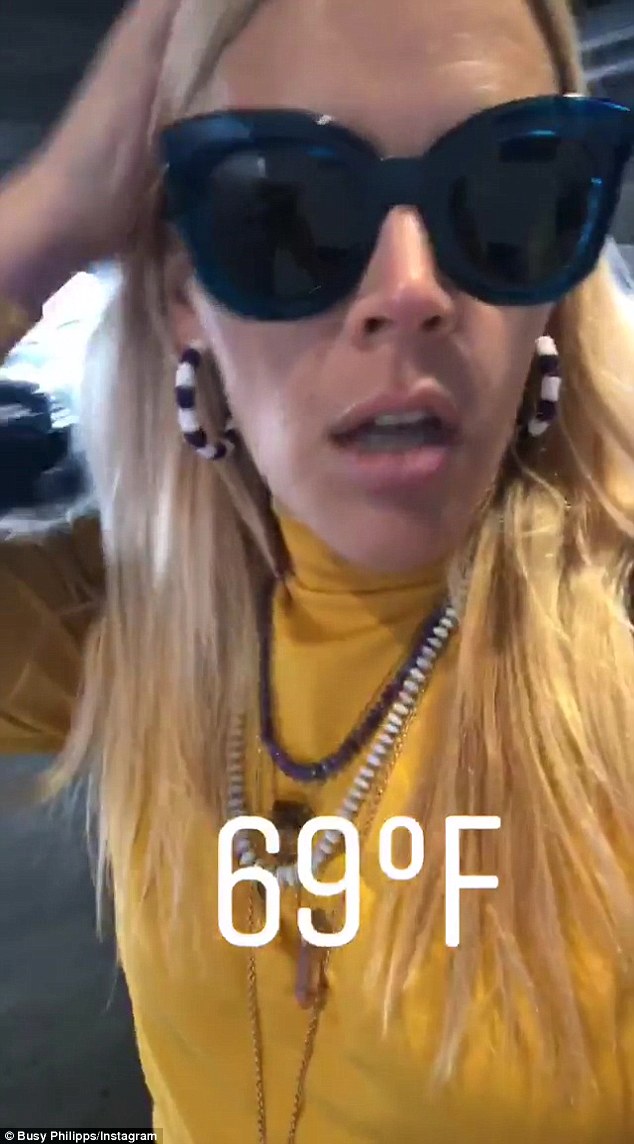 The sense of accomplishment didn’t end there Busy on Wednesday.

‘Hello! It’s me! I’m on the cover of @bust_magazine this month and I couldn’t be more thrilled with how it came out,’ she wrote in the caption of a photo from the magazine shoot.

‘If you had told teenage me that I would be on the COVER of a magazine where Liz Phair was also profiled in, I would have died ten deaths.’ 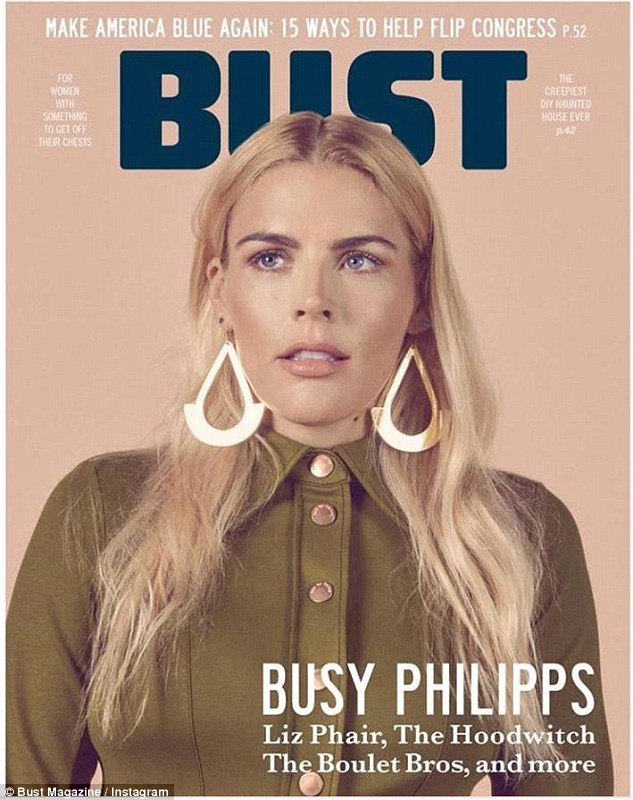 Hero worship: ‘If you had told teenage me that I would be on the COVER of a magazine where Liz Phair was also profiled in, I would have died ten deaths’