A bystander was in hysterics after watching a driver accidentally reverse onto the bonnet of a police car.

An 80-year-old man had parked his Holden Rodeo utility in between two other cars on Rocky Point Road in Ramsgate in Sydney’s South on Wednesday afternoon.

But as the driver was leaving he accidentally slammed into a Mazda station wagon in front, before reversing into the front of the police car and smashing the bonnet.

A bystander (pictured) filmed himself laughing hysterically after watching a driver accidentally ram into a police car in Ramsgate, Sydney on Wednesday

A passer-by who witnessed the bizarre collision filmed himself laughing next to a very unimpressed police officer.

‘What happened Mr Drifter? That’s f**ked,’ the man is heard saying to the officer.

The video, which was shared to popular Instagram page Brown Cardigan, received more than half a million views.

‘That’s a write off!’ another said. 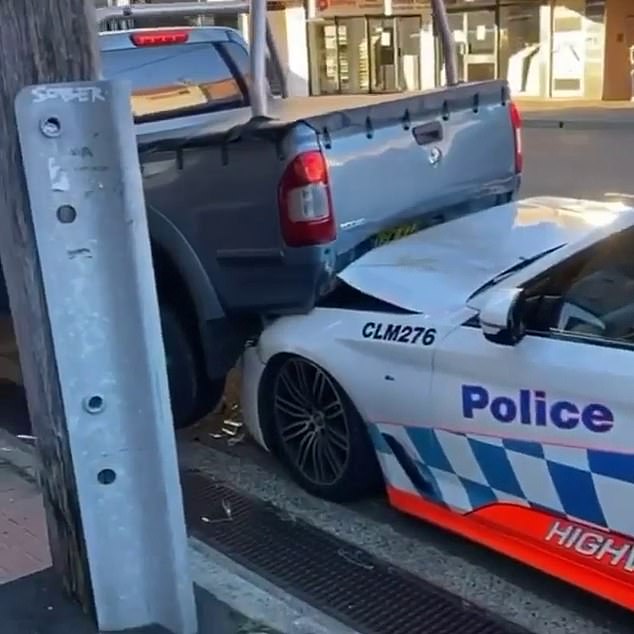 Without realising a highway patrol car was behind, the driver then reversed straight onto the front of the vehicle (pictured), smashing the bonnet