Cab driver, 29, shot in the head and killed while on the job in a secluded part of Brooklyn

Cab driver, 29, is shot in the head and killed while on the job in a secluded part of Brooklyn two days before he was to start a new pharmacy career

By Stephanie Haney For Dailymail.com

Noman Saleemi, a 29-year-old cab driver, was found fatally shot in head in Brooklyn on Friday, just two days before he was set to quit

A 29-year-old cab driver who was engaged to be married was fatally shot in the back of the head in Brooklyn early on Friday morning.

Noman Saleemi of Valley Stream was found as he lay dying on the sidewalk near the intersection of Williams and Atlantic Avenues, PIX11 reported.

‘One of our drivers was shot in the back of the head and his body was dumped here. Dumped here like he was animal.’ New York State Federation of Taxi Drivers President Fernando Mateo said.

‘In this area here everything is secluded in this spot. He was driven here probably at gun point.’

Saleemi had planned to get out of driving, and was supposed to begin a new job at a pharmacy two days after he was murdered.

‘Noman picked up a fare at Resorts Casino – we don’t know what happened after that,’ Mateo said.

Saleemi’s family was alerted that something was amiss when the company he drove for, ‘Everywhere Car Service,’ called them and said they hadn’t heard from him in hours.

The company guessed he might be sleeping at his last known position, which had been registered as Williams Avenue.

A gunshot had also been picked up in that area by ShotSpotter, a detection system that detects and conveys the location of gunfire using a combination of audio and visual sensors. 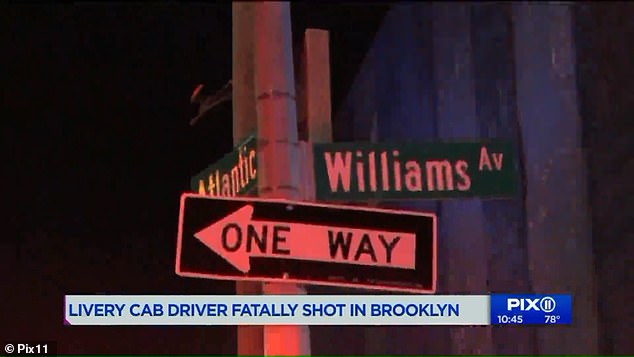 Saleemi was found as he lay dying on the sidewalk near the intersection of Williams and Atlantic Avenues (shown) at 3.30am on Friday

Police arrived to the location where a gunshot was believed to have been logged and there Saleemi was found, at around 3.30am on Friday. The red Ultima he was driving was gone.

When his brother, Rizwan Saleemi, got to the scene, he was informed by Detectives with the 75th precinct that his brother’s wallet had been found five blocks away.

‘They showed me ID and it was my brother so I was shocked,’ Rizwan said.

His loved ones are now reeling, and pleading for help from the public to find answers to what happened to Saleemi.

‘He drove because he needed the money,’ Mateo said. ‘Two days from now, he’d be working somewhere else and he’d be alive.’

Saleemi was due to be married within four months, his brother said. 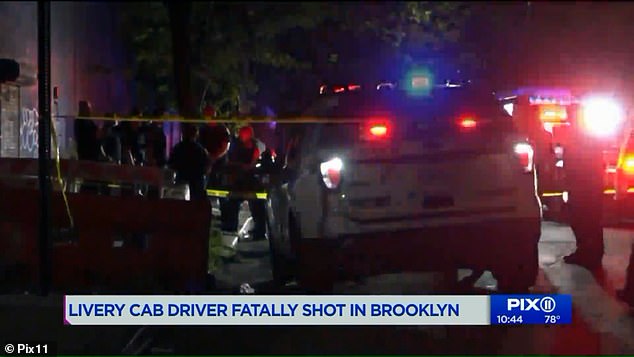 Saleemi was last known to have picked up a fare at Resorts Casino before the company he works for lost touch with him. He was due to be married within four months. Authorities are pictured at the scene where his body was found