Peter Wright (pictured), the head of £30,000-a-year Caldicott School in Buckinghamshire, plied boys with whisky and trips in his sports car before molesting them between 1959 and 1970

A headmaster at a prestigious prep school who sexually abused his pupils escaped justice for 10 years after his barrister deliberately misled a court, it has been claimed.

Peter Wright, the head of £30,000-a-year Caldicott School in Buckinghamshire, plied boys with whisky and trips in his sports car before molesting them.

The elite boarding school for boys, which was attended by former Deputy Prime Minister Nick Clegg and England cricket captain Andrew Strauss, was rocked after it emerged Wright was at the centre of a web that ensnared 30 boys.

He was sentenced to eight years behind bars in 2014 after being convicted of sexually assaulting five pupils aged between eight to 13 between 1959 and 1970. Three other former teachers were also later convicted of child sex offences.

But Conservative MP Dame Cheryl Gillan has today said he would have faced justice 10 years earlier if his barrister hadn’t have deceived the court dealing with his case.

The MP for Chesham and Amersham used her Parliamentary privilege to claim that Andrew Bright QC, who is now a serving judge, deliberately misled Aylesbury Crown Court and deceived a judge to get an earlier trial halted.

In 2003 Wright had been charged with child sex offences against five other pupils at the school and was about to go on trial at Aylesbury Crown Court when the case was abruptly stopped.

Mr Bright, defending Wright, told the court the defence team had written to the school for vital and important copies of the pupil records but had been informed they were not available. 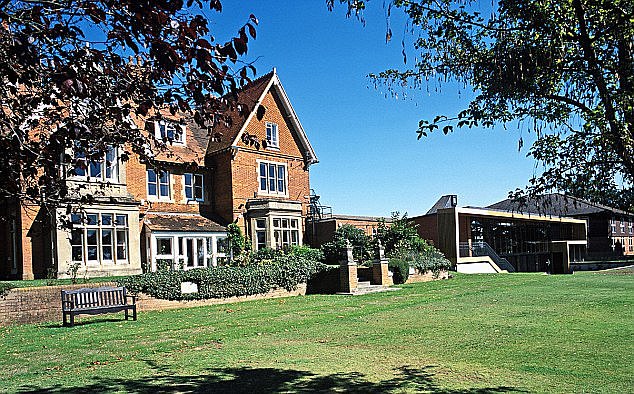 Pictured: Caldicott School in Buckinghamshire where fees are £30,000 a year

They successfully argued that as a result the trial could not go ahead because it would be an abuse of process and the case was stayed – a legal tool used to halt a trial.

Speaking in Westminster today Dame Gillan told the House of Commons the defence team had misled the court because the school had written to the defence team offering to provide them with the pupil records.

She also said the defence team knew this and deliberately misled the Judge Roger Connor – who was set to preside on the case.

Dame Gillan said: ‘Had this correspondence been disclosed to the court, it could have assisted the prosecution and could, in all probability, have undermined the grounds of the application to stay the Indictment.

‘However, neither the judge nor prosecuting counsel ever saw this correspondence because it was never produced in open court, even though Mr Bright QC, according to the transcript of the proceedings, had it with him in court, and was thus aware of its contents. 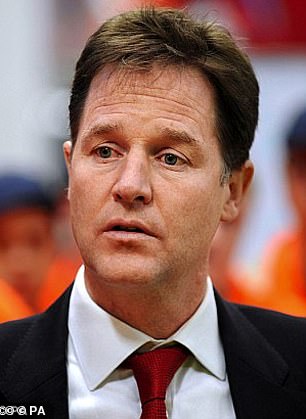 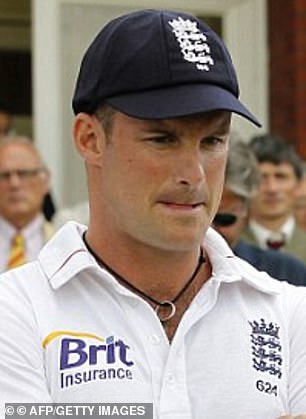 The elite boarding school for boys, which was attended by former Deputy Prime Minister Nick Clegg (left) and England cricket captain Andrew Strauss (right), was rocked after it emerged Wright was at the centre of a web that ensnared 30 boys

‘The contents of the hidden correspondence only became known publicly five years later, when in November 2008 the school released it into the public domain.

‘It then became apparent to everyone involved in those proceedings how its non-disclosure meant that the court had been misled and in effect deceived into making the order for the stay of the original first indictment.’

Tom Perry, one of the five complainants in the first case, said: ‘The consequences of Aylesbury Crown Court being misled by the defence team were profound, the most obvious being the decade delay before this career child abuser was imprisoned.

‘Many more complainants came forward when Wright was charged but, because of he stay, they police were unable to progress with their cases so those have never been heard. IT is a complete disgrace.’

Wright, who was headmaster at Caldicott for 25 years, retiring in 1993, eventually faced justice when he was charded and found guilty in 2013 of abusing five other former pupils.

The jury was told he would reward his favourite blond, blue-eyed boys with trips in his sports car. He would also invite them to his bedsit to watch television and drink whisky.

He would sneak into the dormitories, wake his favourite and tell him to go back to his room and into his bed, where he would abuse them.

Three other teachers, Hugh Henry, John Addrison and Martin Carson were also convicted of child sex offences at the school with Addrison jailed for five years and Carson for two years.

Henry was killed by a train shortly before he was due to be sentenced, his death a presumed suicide.

The case was the subject of the Channel 4 documentary, ‘Chosen’, which detailed the scandal and the lack of legal action.

Now Dame Gillan has demanded an overhaul of the legal disclosure system to prevent future miscarriages of justice.

She told the House: ‘Because the Judge is wholly dependent on the oral submissions made to him, the absence of the production of evidence makes it easier to mislead a court than would otherwise be the case. I understand that there is growing evidence of malpractice arising out of this procedure.’

A spokesman for the Judicial Office said: ‘The Solicitors Regulation Association conducted an independent investigation and rejected the complaint that the Court had been misled. It maintained that conclusion after a review.’

The Attorney General’s Office and the Bar Council have been approached for comment. 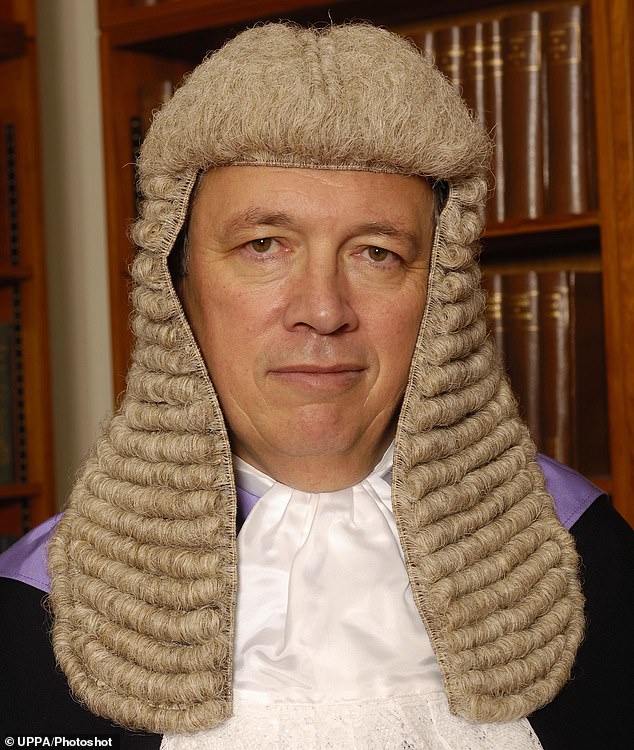 The MP for Chesham and Amersham used her Parliamentary privilege to claim that Andrew Bright QC (pictured), who is now a serving judge, deliberately misled Aylesbury Crown Court and deceived a judge to get an earlier trial halted.