A California mother was evacuated from the hospital while giving birth Sunday night after smoke from the deadly wildfires outside began flooding into her room.

The wildfires, which have killed 17 people, forced doctors to move Nicole Veum from one hospital to another right after doctors successfully induced labor.

Nicole was immobile because she had received an epidural, and she was given medication that would halt her contractions and forced wait on a gurney for a free ambulance that could transport her.

Nicole Veum, pictured here with her son Adrian, was in the middle of giving birth at Sutter Santa Rosa Regional Hospital in California on Sunday when the building was evacuated because of smoke from the wildfires outside 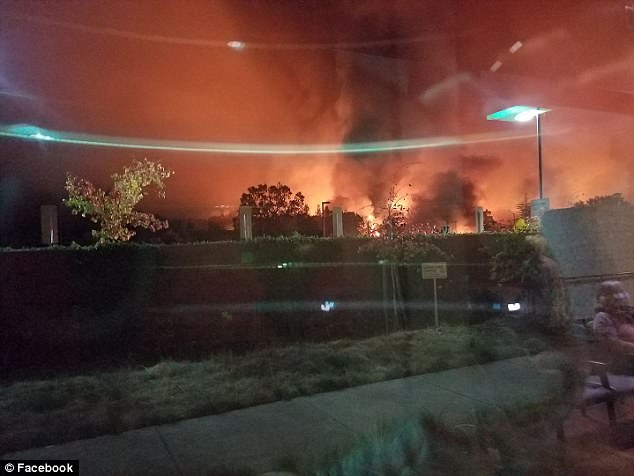 Nicole and her husband Benjamin were thrilled when she was called into the hospital Friday night to give birth.

‘So we were very excited at that point. And then day after day after day – with not a whole lot of progress,’ Nicole told KQED News.

Then, finally, the third attempt to induce labor worked on Sunday. Nicole remembered: ‘And then finally I am getting in a great rhythm. We’re all excited. They’re talking about breaking my water.’

Her contractions at that point were only about four to five minutes apart, and she and her husband were getting good feedback from the staff members assisting them.

Wildfires in California have so far killed 17 people, and they caused 20,000 people to have to evacuate their homes.

About 150 people are missing, and around 2,000 buildings have been destroyed.

The fires also destroyed about 115,000 acres in the state’s wine country region.

Thousands have been left homeless in the aftermath.

Officials are hopeful that cooler weather will help control the fires, which are among the deadliest California has ever seen.

‘Things are rolling,’ Ben told KQED News. ‘We’re getting good checks from the nurses. We started to get in the mood to play some music – a little bit of opera.’

The couple turned on some celebratory opera music to welcome their son, and Nicole was given an epidural.

However, right after they started gearing up for the birth, the power went out, and generators at the hospital kicked on. At the same time, smoke from the wildfires surrounding the hospital began to permeate their hospital room.

Nicole said: ‘There was a ton of smoke in the hospital. You could see it and smell it.’

Nicole and Benjamin found out from nurses that the buildings around Sutter Santa Rosa Regional were on fire and that everyone in the hospital had to be evacuated.

Hospital staff members gave Nicole medication to stop her contractions. ‘We were like, “No”.’ It was the worst news. To have tried for three days and then: okay, here’s the shot that’s going to end all of that,’ she said. 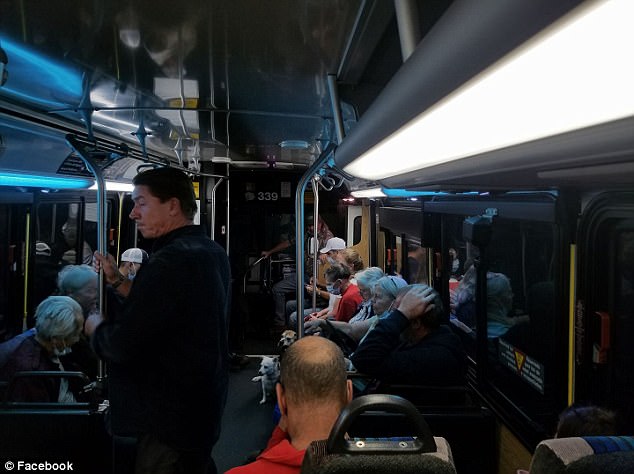 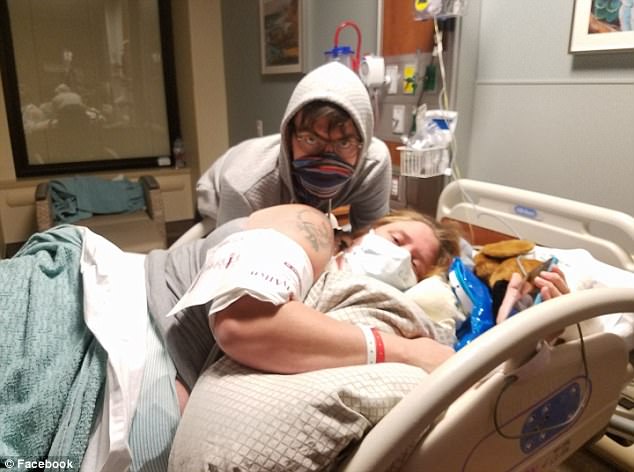 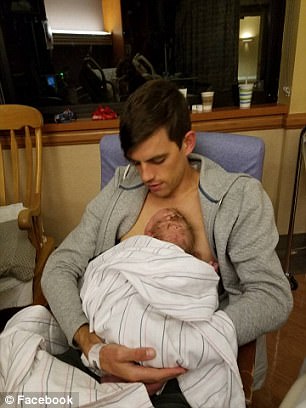 The 80 patients at Sutter Santa Rosa Regional were taken to different area hospitals. But because Nicole had been given an epidural, she was not mobile. ‘I couldn’t walk or move, which was just not cool. I didn’t like that part. I felt really vulnerable,’ she said.

Nicole had to wait in a line of evacuees, paralyzed on a gurney next to the docking bay, until just hours before dawn.

When she was finally told she could be transported, Nicole found out that her husband could not ride with her to the other hospital.

Instead, she had to share an ambulance with a mother and her newborn as well as a third woman who was also in labor.

Benjamin, who was upset that he was not going to be able to be with his wife at this special yet alarming time, said: ‘The charge nurse explained that, “This is a disaster. We’re following disaster protocol, and no spouses or birth teams or anything are going on the ambulance”.’

He continued: ‘And there was a part of me briefly that was like, “But I’m a dad. I’m going to be a dad. This is us”.’ Ben had to take the bus to the second hospital Nicole had to go to to give birth, Santa Rosa Memorial.

By the time he was reunited with Nicole, her labor had come to a complete standstill.

Their friends contributed suggestions for a middle name. ‘They wanted us to call him Adrian Fuego Veum or Blaze Veum,’ Nicole said.

But Nicole and Benjamin stuck to their plan and named their son Adrian Dodger Veum, since Nicole is a baseball fan.