A California news reporter made an on-air slip up after saying she reportedly tried to contact a man who died in a police chase, but he was ‘unavailable for comment.’

Sara Welch of KTLA was reporting in Anaheim when the TV station shared the clip on May 5.

While talking about Eliuth Penaloza Nava, 50, who was killed in a police chase by two officers, Welch mentioned trying to contact the deceased man.

She said: ‘We tried to reach out to the man who died in this pursuit. They were unavailable for comment.’

Sara Welch (pictured) was on air for KTLA when she said Eliuth Penaloza Nava, who was killed by police, was ‘unavailable for comment’

Ali said: ‘When I say I nearly passed out from laughing…’

Users quickly began to crack jokes about the gaffe. 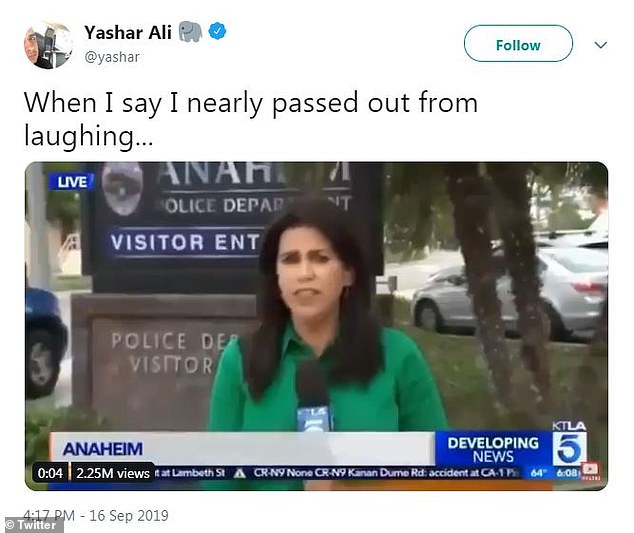 One Twitter user (pictured) said: ‘So the psychic medium wasn’t taking any calls?’

One user wrote: ‘So the psychic medium wasn’t taking calls?’

Another said Nava was ‘ghosting’ Welch.

‘When you’re the reported who goes the extra mile to get a comment, even if you don’y expect to get a response,’ one person said.

According to the KTLA report, Anaheim police were contacted on July 21, 2018, by Nava’s brother around 9.30am.

The brother told officers that Nava had taken an unknown substance and was hallucinating.

He also said Nava, who was driving a Chevy S-1-0, had a knife and gun inside his car.

Officers Sean Staymates and Kevin Pedersen responded to the call, but when they attempted to confront Nava he fled the scene. 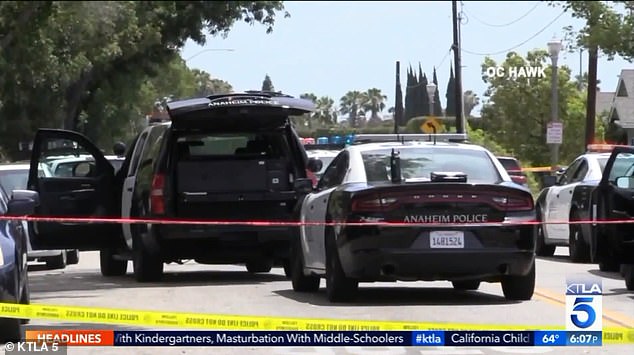 KTLA reported that two police officers in Anaheim, California, were involved in a high speed chase that resulted in Nava being shot 76 times 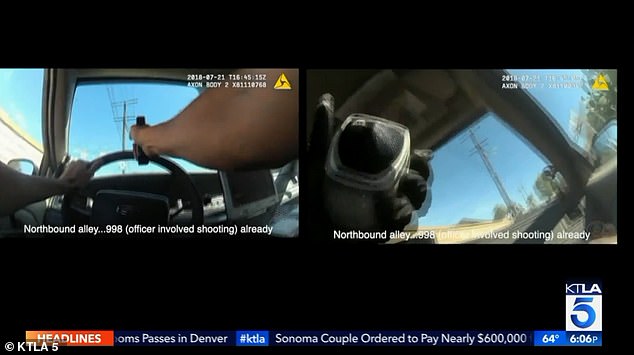 The two officers soon became embroiled in a high speed chase with Nava in a residential neighborhood, as seen in body cam footage.

At one point during the pursuit, Pedersen believed Nava was in possession of a black, semi- automatic weapon.

Officers shot Nava 76 times, drawing outrage from the victim’s family and the Anaheim community and forcing the Anaheim Police Department to publicly address the incident.

According to KTLA, neither officer will face any charges in Nava’s death.