She recently broke up from Luis Morrison, the father of her young daughter Vienna.

But Cally Jane Beech put her heartache well and truly out of her mind when she celebrated her birthday with pal Georgia May Foote, in Manchester on Saturday.

The reality star, turning 27 on October 1, looked sensational in her zebra print dress while the Strictly star nailed a sexy look in her leather mini skirt.

On the town! Cally Jane Beech celebrated her birthday in style in a zebra print dress as she parties with Georgia May Foote on VERY boozy night out in Manchester on Saturday

Birthday girl Cally toyed with the edges of her poker straight raven locks as she made her departure from A-list haven Menagerie.

The mother-of-one showed no signs of heartache, smiling in the lovely company of her close friend Georgia.

Corrie star Georgia teased a glimpse of cleavage in the semi-sheer neckline of her tight fitted black top. 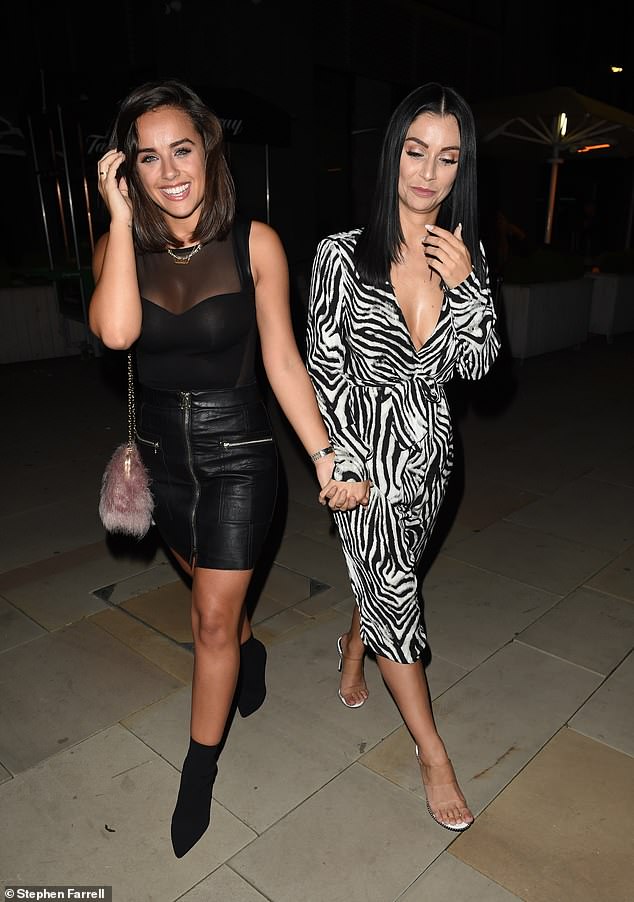 Girls night: The reality star, turning 27 on October 1, looked sensational in her zebra print dress while the Strictly star nailed a sexy look in her leather mini skirt 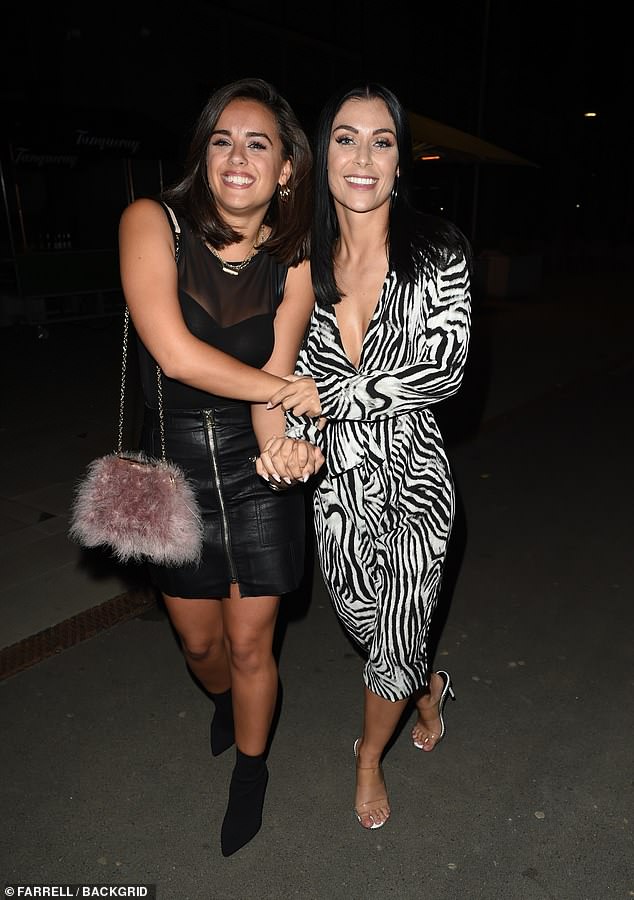 Pals: The girls appeared in good spirits as they held hands and had a giggle on the fun-filled evening 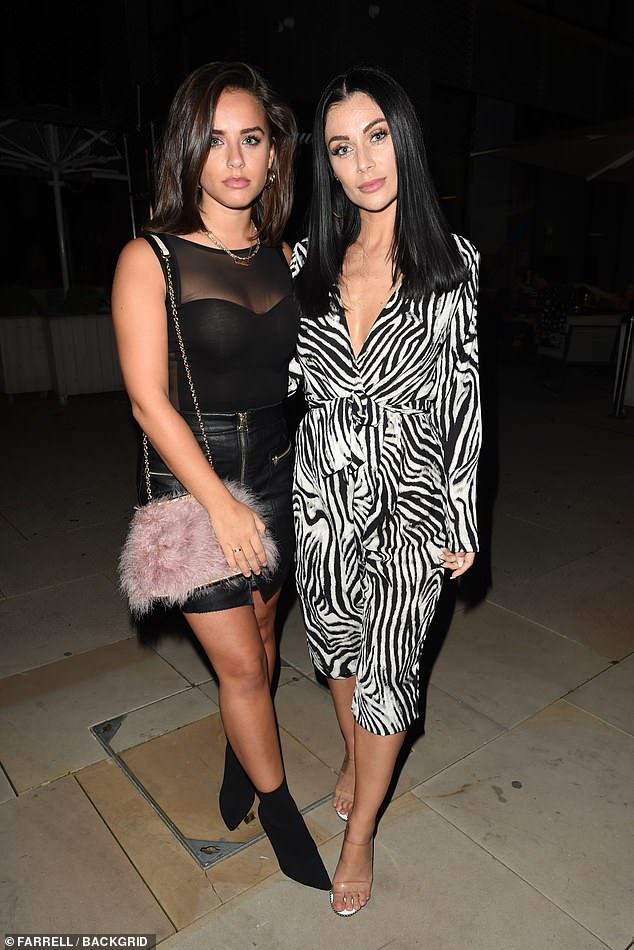 Strike a pose: Georgia teased a glimpse of cleavage in the semi-sheer neckline of her tight fitted black top

Clearly having a great time, both stars took to their respective social media platforms to share a picture from their night out.

Meanwhile, Cally posted a picture of herself kissing a birthday balloon as she gushed over her fabulous weekend birthday plans. 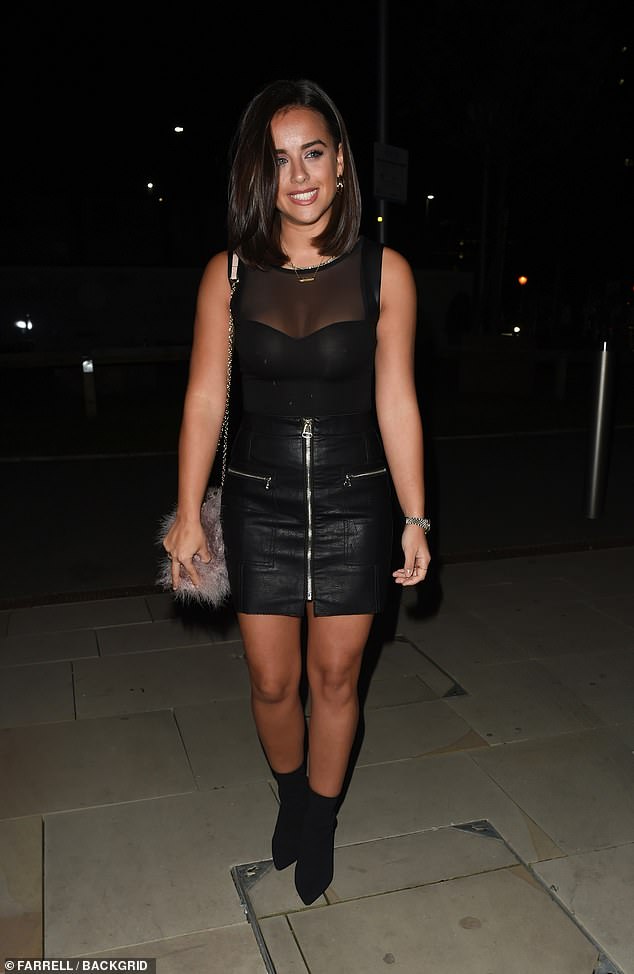 Work it: The actress styled her cropped brunette locks into a sleek glossy blow-dried hairdo as she added a slick of make-up

She penned in the caption: ‘Having a fab bday weekend huge thanks to @menagerie_restaurant and @clublivmcr for looking after me and my girlies you the best!

‘Thanks to @misslauraalicia and @jskychat for your cute bday gestures ❤️ and to @soniayasminali and @georgiamay112 for helping me turn up.’ (sic)

Cally’s birthday shortly follows her split from Luis after the former flames went separate ways after a series of rows.

The pair, who found instant fame after appearing on the first series of the dating show when it relaunched on ITV2 in 2015, have reportedly ended their romance for a second time.

The former Miss Great Britainand the ex-footballer, 23, became the first Love Island stars to have a baby after welcoming daughter Vienna, now 16 months, in 2017.

Although the couple have parted ways before, this time the break-up is said to be different, as Cally walked away from Luis with their young daughter in tow.

A source close to the couple told The Sun: ‘The tables have turned and for the first time in their romance Cally was the one to end things.

‘She’s preparing to move back to Hull and will be living on her own with their daughter Vienna.’ 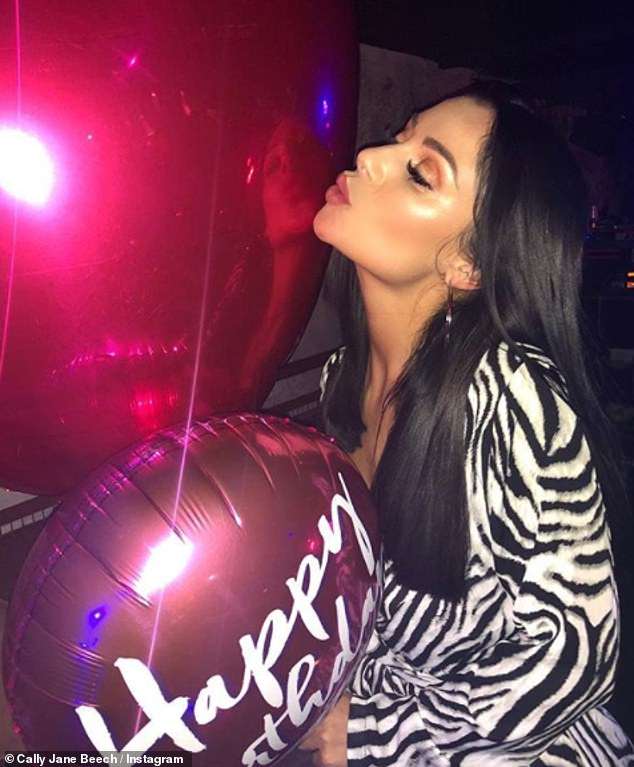 Smooch! Meanwhile, Cally posted a picture of herself kissing a birthday balloon as she gushed over her fabulous weekend birthday plans