Can you spot the SHOCKING mistake at Wests Tigers’ new $78million Centre of Excellence? Club gets history of one of its biggest stars completely wrong

The Wests Tigers have unveiled their impressive new Centre of Excellence in Concord that many are calling the best rugby league facility in the world – but it features an incredibly embarrassing mistake.

A wall graphic outlining the career of Wests Tigers legend Benji Marshall incorrectly states he won a premiership with the Dragons – not with the Tigers in 2005.

The huge stuff-up is a shocking good look for the club, which is currently last on the NRL ladder and one of the strong favourites to get the wooden spoon this season.

Inside Wests Tigers’ new $78m training facility in Concord. The embarrassing blunder is on a graphic featuring some of the best players in the history of the Western Suburbs Magpies and Balmain Tigers (pictured), which united to form the joint-venture club

The embarrassing blunder is in the facility’s Walk of Fame, where the club pays tribute to the greatest players from the Balmain Tigers and Western Suburbs Magpies.

The Benji Marshall graphic says: ‘Benji Marshall played a total of 257 games for Wests Tigers in two periods (2002-13 and 2018-20), as well as 89 other matches for St George Illawarra, Brisbane and South Sydney, winning a premiership with the Dragons.’

Marshall played 14 seasons in the NRL – and his only premiership came with the Tigers in 2005. He has also reached a deal to coach the club in 2025.

Fans on social media have had a field day with the gaffe, with many stating it’s typical of the Wests Tigers during their decade of disappointment on the field.

One fan commented on Twitter: ‘Only the Tigers could dupe themselves out of a premiership.’ Another added: ‘Classic Wests Tigers. Just embarrassing.’

A third commented: ‘What a fantastic way to welcome their new coach.’

Costing $78million to build and inspired by state-of-the art NFL and Major League Baseball facilities, the new digs offer players access to all sorts of high-performance services – like a training field, a swimming pool and mental health centre.

There’s even an in-house barber, barbecue area and juice bar.

Wests will be hoping to use the Centre of Excellence as a launchpad for a long-overdue era of dominance on the paddock. 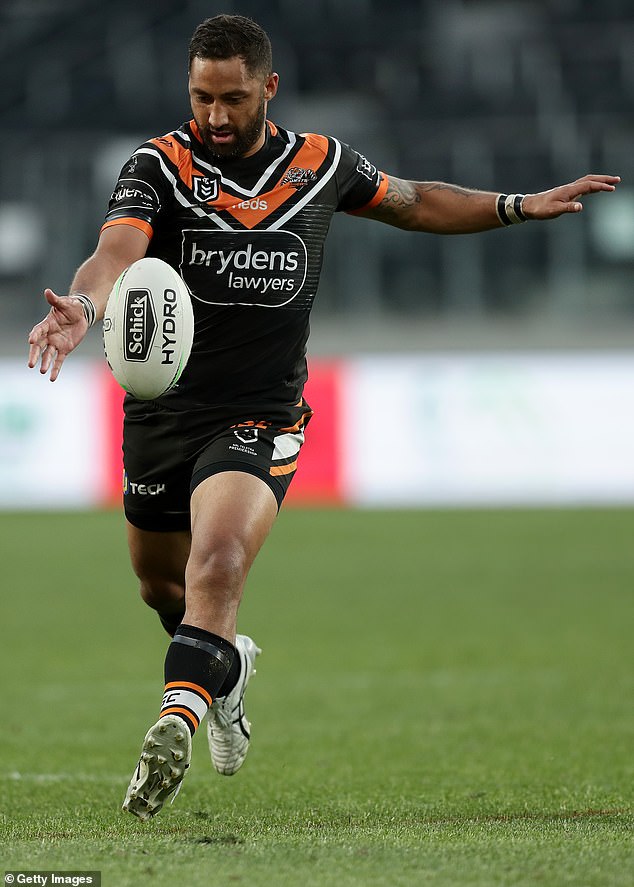 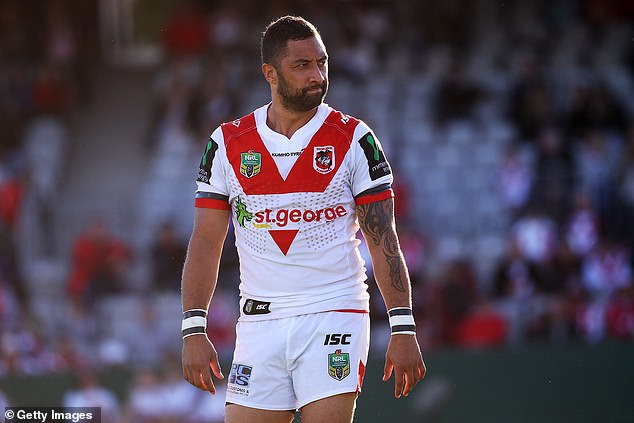 Benji Marshall playing for the St George Illawarra Dragons in 2016

Marshall is said to be very impressed by what he has seen at the new Tigers headquarters, but the chief executive Justin Pascoe is keeping things in perspective.

‘We’re not silly enough to think that just because we’re going into a world-class facility that it automatically defines a change in results. In the end it comes down to the culture, the people and the standards. We’re very firm on that,’ he said.