Cancer nurse, 43, is overcoming the disease after strangers donated for a drug not on the NHS

A cancer nurse who was forced to crowdfund a drug denied to her by the NHS claims the new treatment is working due to donations from strangers across the world.

Last March, mother-of-two Laura Harris, 43, who has advanced bowel cancer, was given just three months to live unless she could raise £21,000 to be treated with the drug Bevacizumab.

Within days of setting up a fundraising page, thousands of strangers donated £90,000 – enough for four rounds of treatment.

After completing her first Bevacizumab therapy session, Ms Harris, from Barnstaple, Devon, claims the drug has halted her cancer’s growth and has even shrunk some of her tumours.

Ms Harris, who returned to work after her ‘terminal’ cancer diagnosis, said: ‘This was a mass in my abdomen that was the size of a watermelon. It is now down to the size of a grapefruit.’

She was denied the drug after the National Institute for Health and Clinical Excellence (NICE) said in 2010 Bevacizumab would not be funded by the NHS as the benefits ‘did not justify the costs’.

Ms Harris is speaking out to raise money towards her next round of treatment in the hope she can continue to make memories with her children. 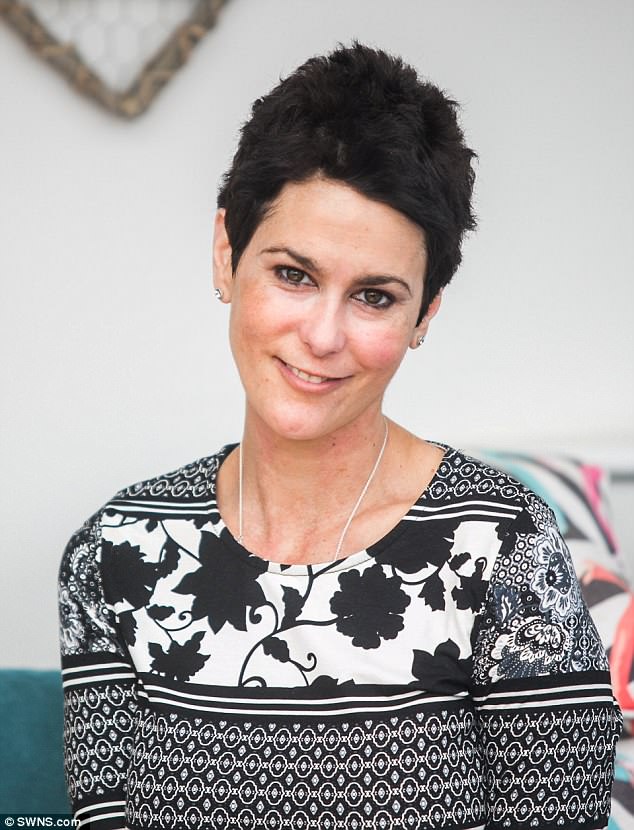 Ms Harris, who suffers from bowel cancer, says her tumour has shrunk from the size of a watermelon to a grapefruit. She was given just three months to live last March 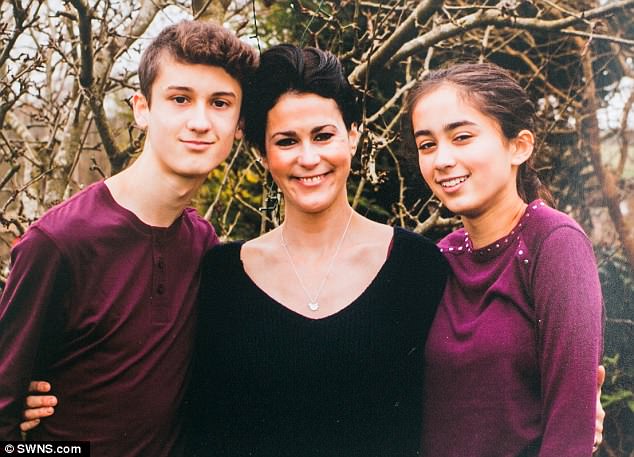 Ms Harris wishes to raise enough money for another round of treatment so she can make memories with her children Noah Hanson, 16, and Molly Hanson, 13 (pictured)

The drug blocks this protein and stops the cancer from growing blood vessels, so it is starved and can’t grow.

Patients usually have Bevacizumab (Avastin) every two to three weeks and treatment continues for as long as it controls your cancer.

The National Institute for Health and Clinical Excellence (Nice) doesn’t recommend the use of the drug on the NHS in England and Wales.

Avastin, made by pharmaceutical firm Roche, was previously available on the Cancer Drugs Fund before it was cut in 2015.

‘I am thrilled to say it has been working’

Ms Harris, who is also taking a chemotherapy drug, said: ‘I have now had my first cycle of the new combinations and I am thrilled to say it has been working.

‘No regime comes without side effects and I can suffer nausea and sickness but I have felt better now than I have in a long time.

‘I have now had a CT scan which shows I am completely stable, nothing has grown and some things have actually shrunk.

‘We know now that it is working.’ 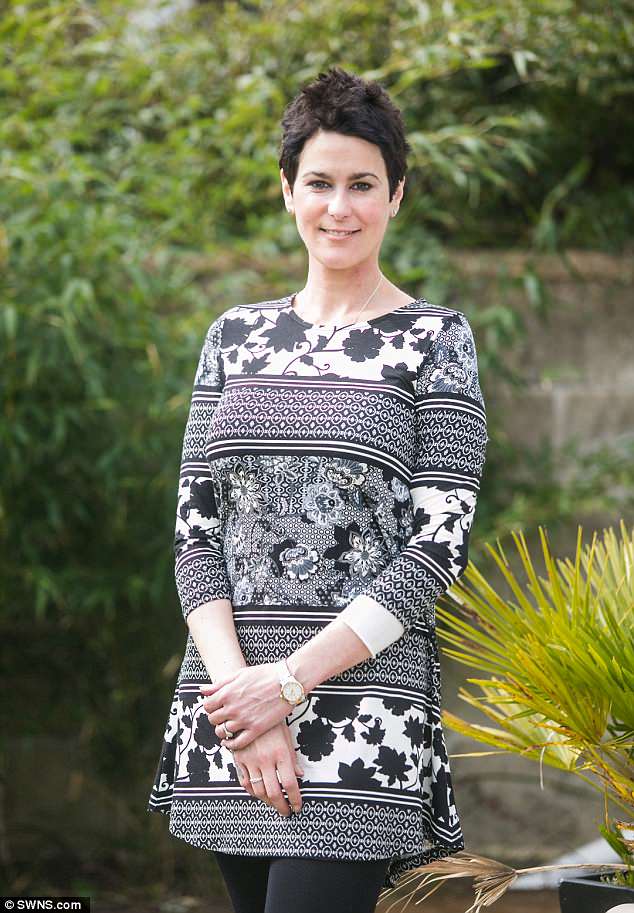 Despite suffering nausea, Ms Harris said her energy levels are up and her pain is manageable 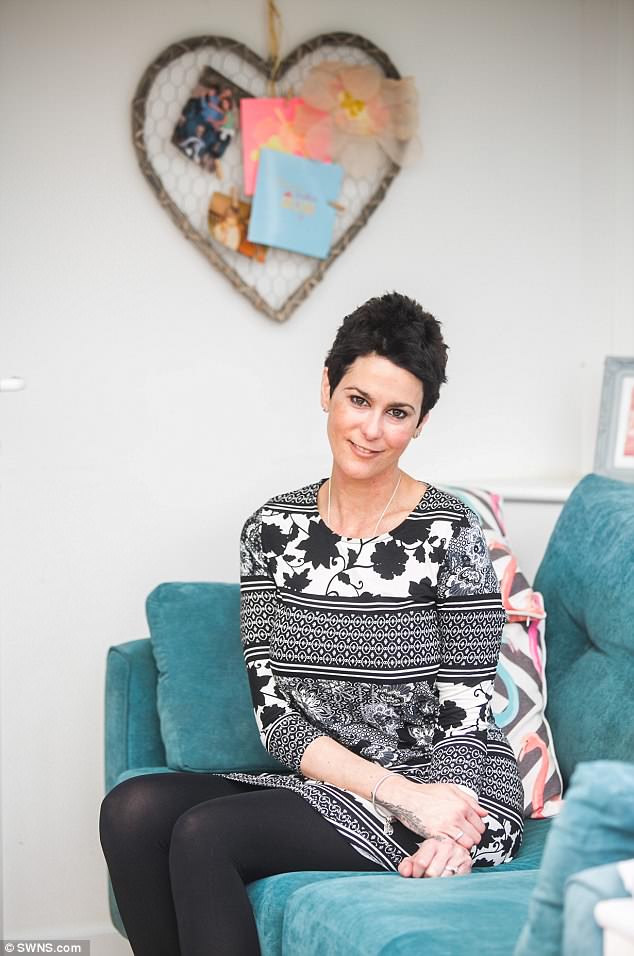 ‘I can take part in life and look after my family’

Speaking of her progression, Ms Harris said: ‘Look at the difference just in the time I’ve had four cycles of chemotherapy and what that means to my family and children.

‘I was away at the weekend at a show with my daughter and we were whooping and screaming all the way through until about 11 o’clock at night.

‘I would never have been able to do that before.

‘[My children] don’t talk about time at the moment. We just don’t know.

She added: ‘I have had so much treatment and my cancer has been through so much we are taking it day by day and month by month.

‘But I feel really positive about it and I feel so well. I can take part in life and look after my family more than I have been able to for a while.’ 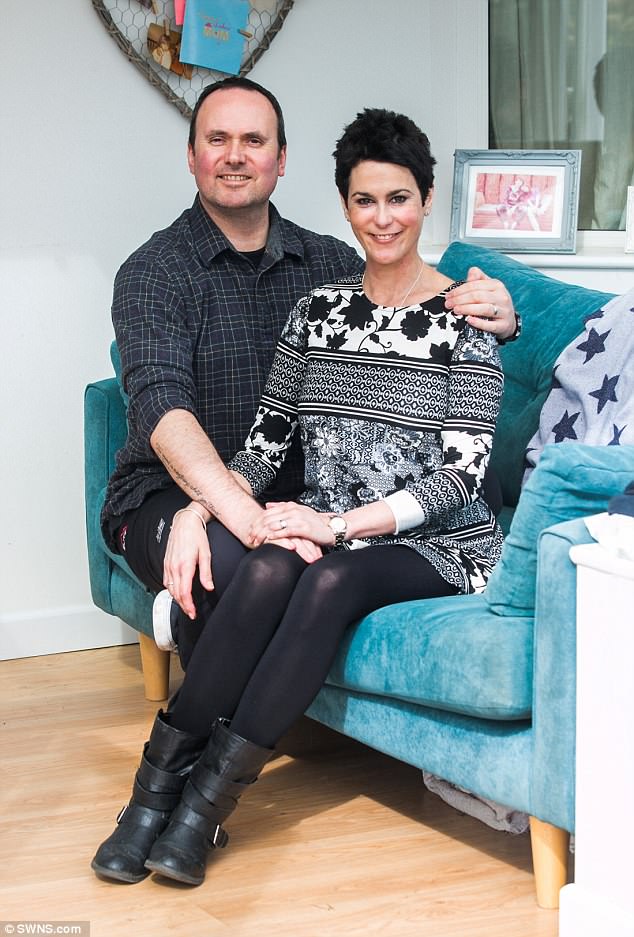 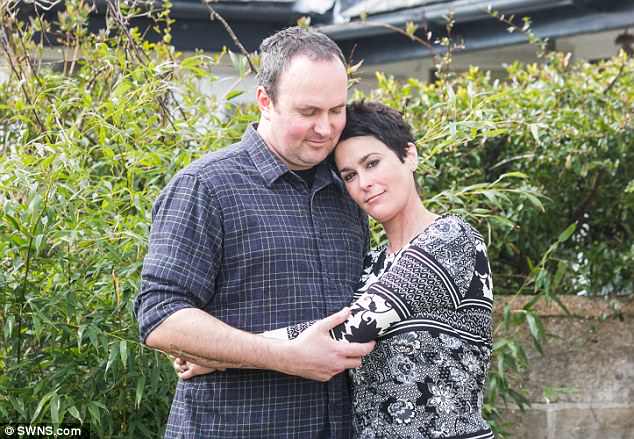 ‘I am terrified of dying’

Although Ms Harris recognises the NHS is not a ‘bottomless pit’ of money she believes any treatment that could help her create more memories for her children through life should be supported.

She added: ‘The hardest part of my diagnosis was the realisation I would not be around for much longer. I am terrified of dying.

‘I have had huge support from everyone and the family unit is strong.

‘I am so hopeful now. I have read about people who have still been alive on it a year later.

She said: ‘I would love all drugs to be available on the NHS but it is not a bottomless pit of money. NICE have a thankless task deciding what is worthy of funding.

‘Of course I think it should be funded, for me and my family extending my life by weeks, months or years has no price tag.’

Ms Harris’ husband Paul, who moved their wedding forward after his wife’s diagnosis, added: ‘This drug can extend her life. It might be weeks, it might be a few months but when you look at it in pounds versus time spent with family it is priceless.’ 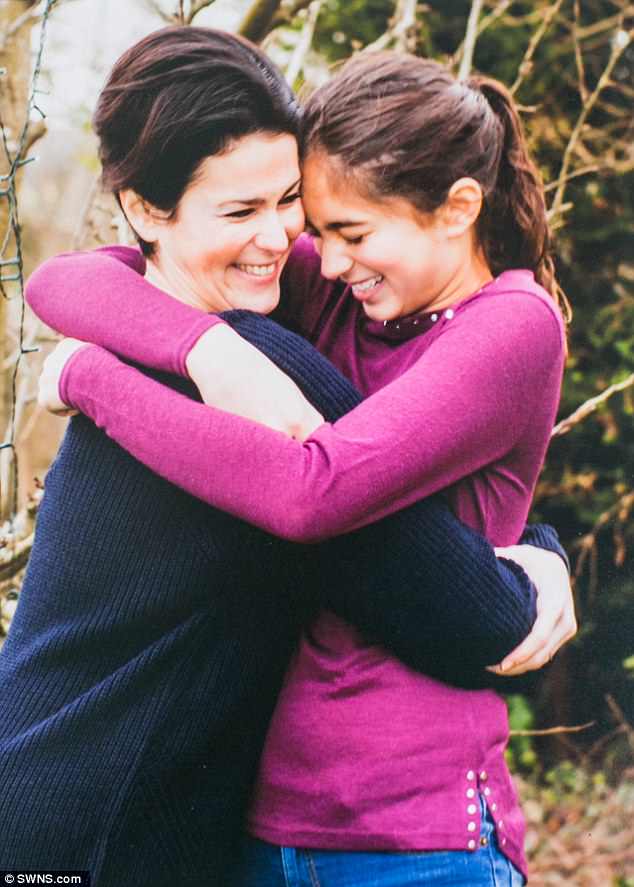 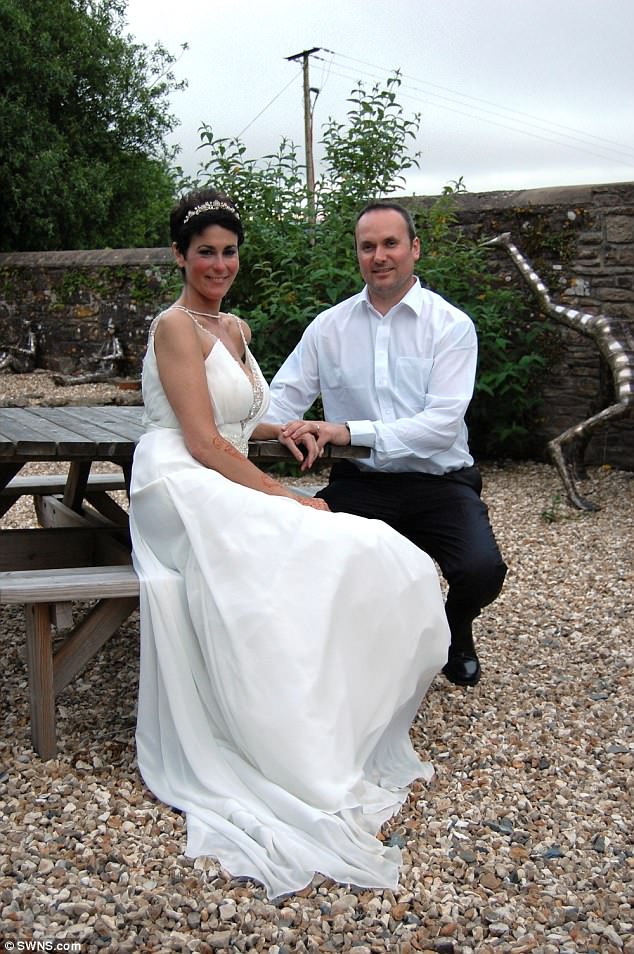 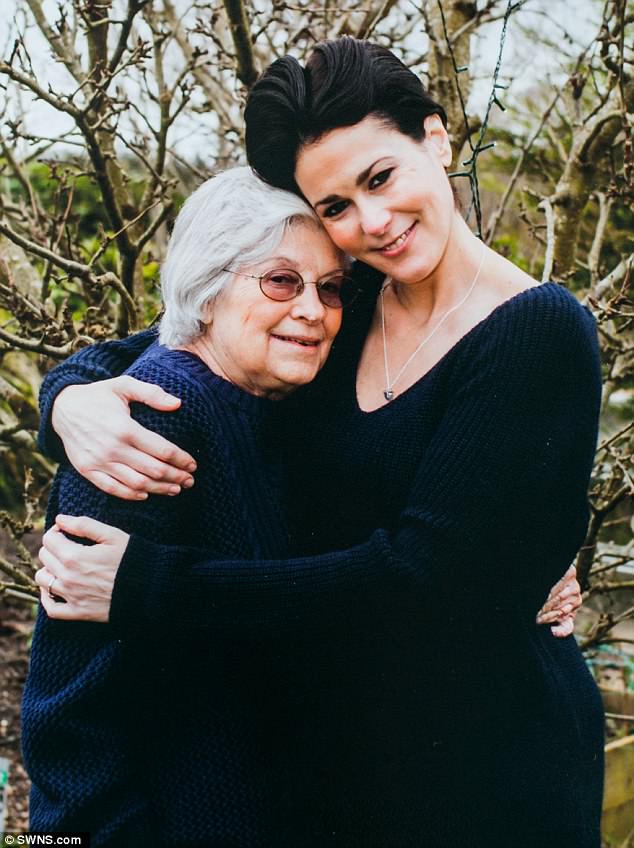 ‘I am so so grateful’

Ms Harris has created a bucket list, with her number one wish being to take her family to meet their relatives in her native US.

She added: ‘The big bucket list item is a visit to America to see my family and some friends I have not seen for a long time. Hopefully this can happen this summer and I want to strike while I am feeling well.

‘I just want to spend time with family and friends making special memories which we would not have been able to do if it was not for this drug.

‘I have absolutely no regrets about raising the money. I am so grateful; not only is it extending my life, it has made me feel so much better and that is worth so much.

‘I want to tell everyone who raised money for me that it is working and I am so so grateful to every single one of them.’