Catterick woman, 58, arrested for controlling behaviour after asking husband to help around home

A cleaner was arrested and locked in a cell for 17 hours after being accused of controlling behaviour because she asked her husband for help with household chores.

Valerie Sanders said that she asked bodybuilder husband Michael, 58, to clean the patio doors, hoover and go to the gym less.

Her case was thrown out just before it went to trial.

Coercive or controlling behaviour in family or intimate relationships became a crime in December 2015 following a campaign to tackle non-physical abuse.

Official figures show than 97 per cent of prosecutions are against men and since the law came into force, 7,304 people have been arrested but only 1,157 were charged and just 235 were convicted.

Valerie Sanders was charged with controlling and coercive behaviour towards husband Michael, pictured at their wedding five years ago 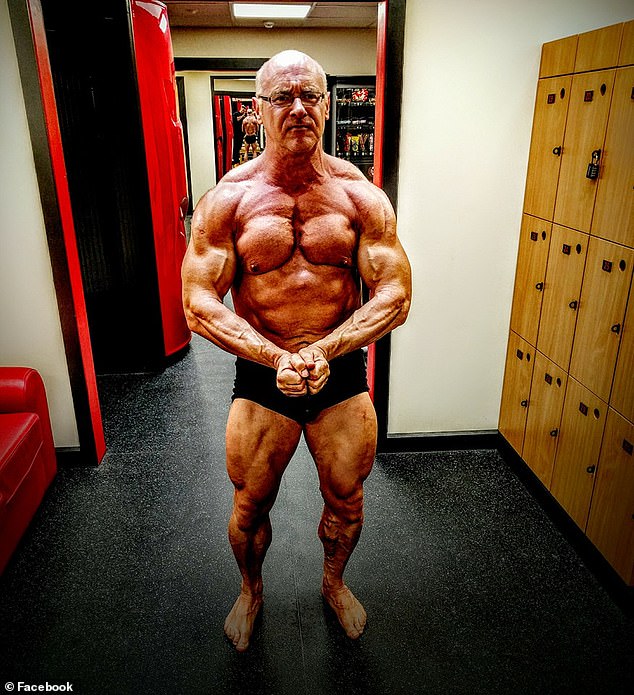 Michael Sanders’ wife, Valerie, from Catterick, North Yorkshire, ended up facing charges of controlling behaviour for asking him to clean the patio doors, hoover and go to the gym less

Mrs Sanders called the charges ‘outrageous’ and said that she was ‘treated like a criminal’ for asking her husband to do his bit around the house.

Four police officers and two vans arrived to arrest the 4ft 10in tall woman and she was charged with ‘coercive or controlling behaviour’ towards her 16 stone husband.

However the trial collapsed this week just before it was meant to start, 14 months after her arrest.

Mrs Sanders, who runs a cleaning company, told the Sun: ‘It’s outrageous this ever got to court.

‘He was training all the time. He was eating five or six meals a day and mushing up all his food in the blender.

‘I was working and he was at the gym from early in the morning until late at night. I just didn’t see him. 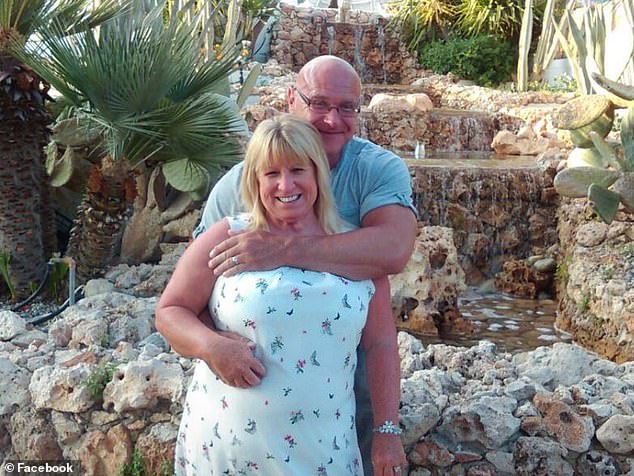 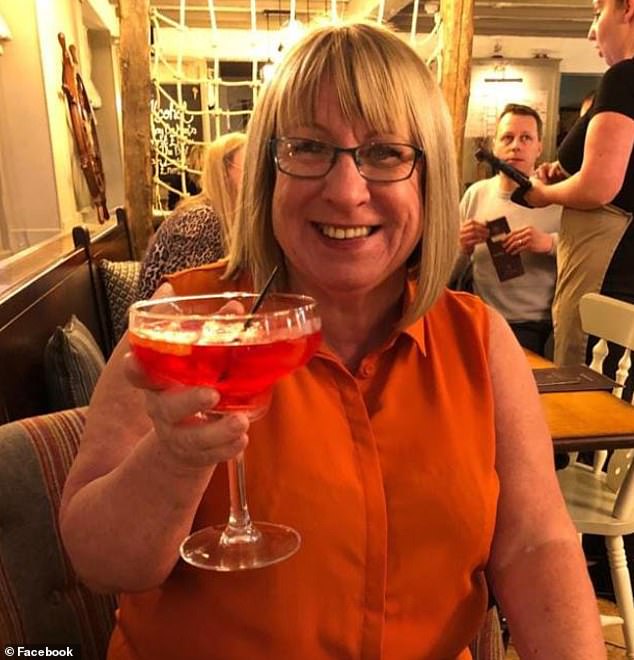 ‘He started to do bodybuilding competitions. It wasn’t attractive. It was like cuddling an ironing board. He started to take Viagra, blaming the steroids.

‘But when he took the tablets it made him sniffy and snotty so I refused to sleep with him.’

Mr Sanders defended his decision to raise concerns about his wife’s behaviour, he said: ‘I’m not sure if she should have gone to court or not. That was not my decision – but she was controlling.

‘She was constantly on at me. She used to leave the vacuum out or the polish and wanted me to clean every day because of the dogs.’

The couple met on the internet in 2012 and got married two years later.

Mr Sanders got a job as a gym manager after being made redundant from a previous role, and soon became obsessed with bodybuilding said Mrs Sanders. 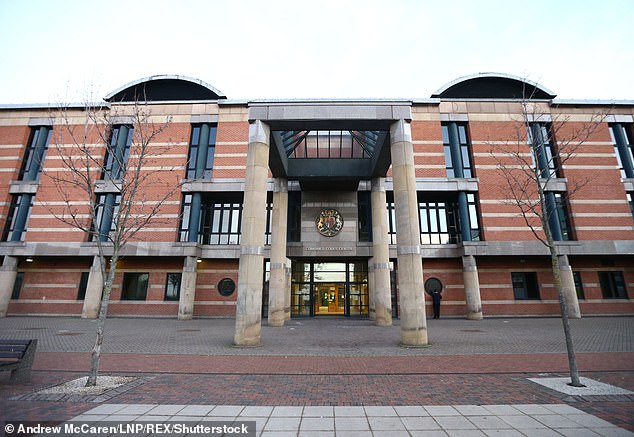 Her case was thrown out just before it went to trial at Teesside Crown Court, pictured. Coercive or controlling behaviour in family or intimate relationships became a crime in December 2015 following a campaign to tackle non-physical abuse

The police were called to the family home in April 2018 after Jobcentre staff noticed 16st Mr Sanders’ mood worsen and he blamed things at home for it.

Mrs Sanders said that she was locked in a cell at the station and was charged the next day.

She said: ‘I had my house keys taken away. I had to stay at a friend’s mum’s.’

The mum of two denied ‘coercive or controlling’ behaviour, claiming: ‘I’d leave a note asking him to vacuum parts of the house and clean the patio doors. We have two miniature dachshunds. But he would spend four hours cleaning his car – so of course I complained.

‘Surely it isn’t controlling behaviour otherwise every married couple would be in court?’

Hitting back Mr Sanders said his wife initially supported his bodybuilding before she changed her mind, and added: ‘She said I was training too much and didn’t like the diet I was on.’

A hormone issue meant he needed the Viagra, he claimed.

He went on: ‘She’d say I couldn’t go anywhere near her like that. That made me feel worse.

‘She didn’t like me cleaning my car. She would leave notes to me about the cleaning.’

The case was meant to begin at Teesside Crown Court on Tuesday but was thrown out before a jury was selected, with Mrs Sanders’ not guilty plea being accepted in exchange for a two year restraining order.

Mr and Mrs Sanders are now in the process of divorcing.