The somewhat awkward moment came during deliberation over which two housemates were voted the ‘hottest’ by the general public.

Gabby and Dan were previously at the centre of endless affair rumours which they strongly deny, as the pals were seen putting on a cosy display on a yacht in Marbella earlier this year.

Inevitably many chose Dan and Ryan Thomas due to their hunky physiques, but Dan could be heard saying: ‘I think Ryan and Gabby.’ 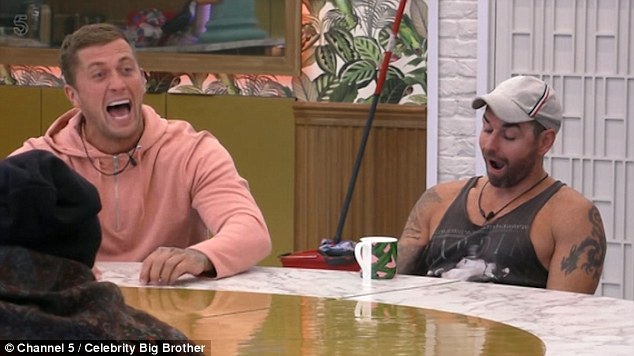 Deliberation: It came as the housemates deliberated over which of them were considered the hottest – and Dan immediately named Ryan Thomas and Gabby 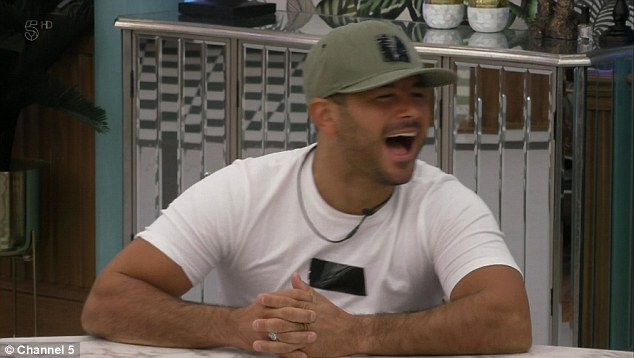 Gabby didn’t seem pleased by the revelation, silently sighing as the house finally decided on Ryan and Dan.

Since entering the house Dan and Gabby’s chemistry has sparked much speculation among viewers due to their close friendship, which previously sparked rumours that they were having an affair.

The pair have constantly denied the rumours, and Dan has since revealed in the house he has reconciled with estranged wife Jacqueline. 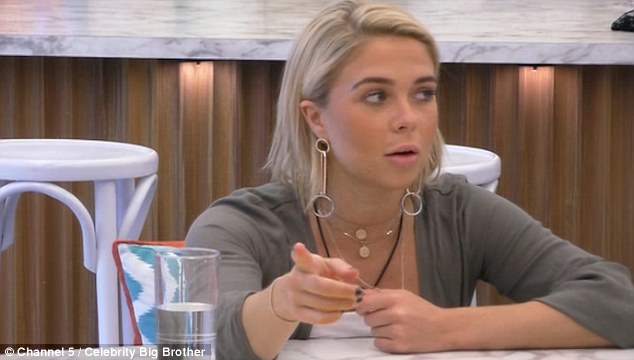 Irate: Gabby didn’t seem impressed by Dan’s remark, as the pair continue to deny they did not have an affair 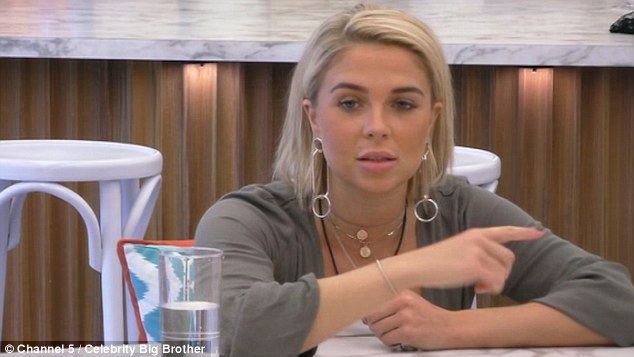 Annoyed: While the Love Island star did not say anything, she could be seen silently sighing and pursing her lips

The reality star admitted earlier this week he used to walk away from heated rows with his spouse instead of facing them ‘like a man’, adding he thinks that contributed to the relationship turning sour.

He said: ‘Jacqueline’s like “you don’t even argue back” and instead of having a conversation with her like a man, I go out and don’t even have the conversation. I’m gone.’

But Dan has also gone onto admit that the birth of the couple’s second daughter Mia in May has helped to repair their relationship, and he had moved back into the family home before entering the CBB house. 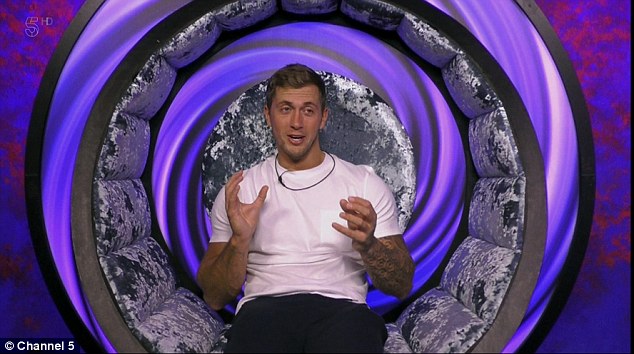 Honest: Since entering the house Dan has spoken openly about his marriage troubles with wife Jacqueline Jossa, revealing he’s moved back into the family home

Gabby and Dan were grilled about their relationship by evicted housemate Natalie Nunn, who asked whether the pair had ‘f****d.’

The Love Island beauty quickly retorted: ‘That was in the press because my ex-boyfriend said we did.’

‘Dan is married and has been ever since I’ve known him and they were still together when I met him.

‘He’s just had a baby seven weeks ago. I spoke to his wife [Jacqueline] and everything. I said to her: “I just want to let you know, nothing happened.”‘ 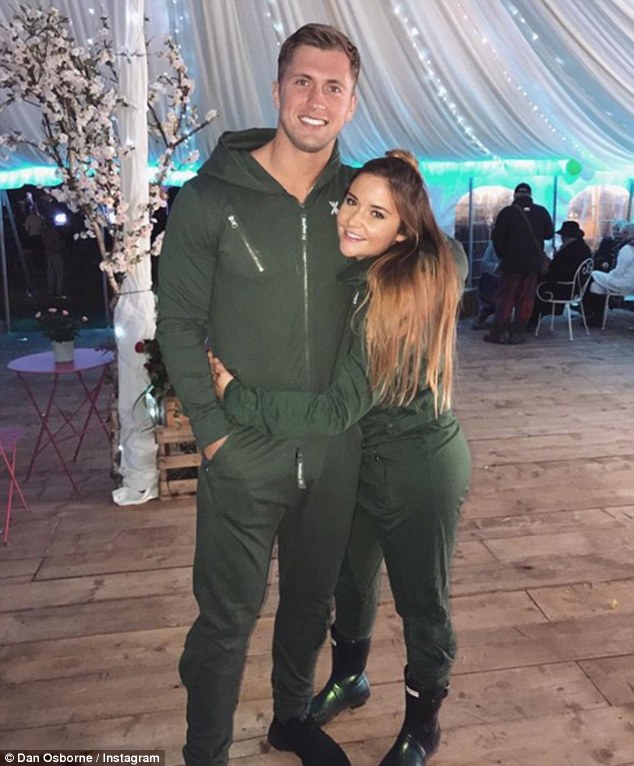 Frank: The ex-TOWIE star admitted that the arrival of his second daughter with wife Jacqueline has helped to repair their marriage