Characters from the classic sitcom come winningly to life in the Dad’s Army Radio Show.

Don’t tell him, Pike! Characters from the classic sitcom come winningly to life in the Dad’s Army Radio Show. Attendance will do you no end of good

As Captain Mainwaring might have said: ‘Pay attention. There’s a show on tour and it’s very funny, even if it is run by a pair of complete fools. As a morale-improving measure, your attendance is obligatory.’

I would concur. This fine show is back on tour and it’ll do you no end of good.

Two actors in khaki stand at microphones performing Dad’s Army scripts as if on the wireless. You get three episodes and a tea break. 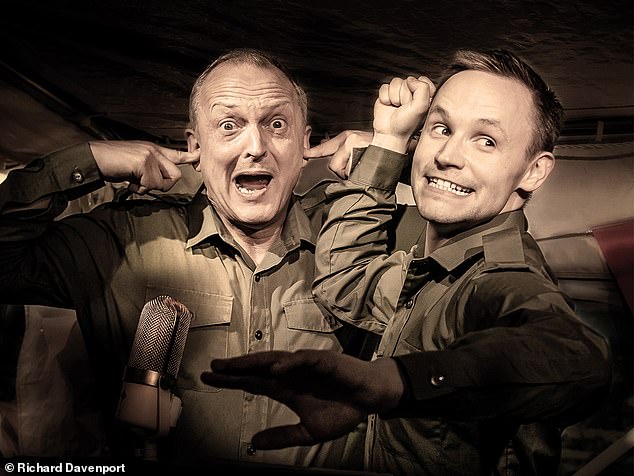 Actor David Benson does (among others) Walker, Godfrey and Frazer. But the star turn is his truly gorgeous impression of John Le Mesurier’s Sergeant Wilson in all his dreamy, courteous, unmilitary vagueness.

The great Arthur Lowe’s Captain Mainwaring is recreated by Jack Lane, pitch-perfect in pomp and self-importance, even if he looks a bit underfed. Lane is also excellent as the puerile Pike, Jones the dotard butcher, plus sundry local ladies.

A clause in Arthur Lowe’s contract stipulated that he was never to be seen on-camera in Dad’s Army without his trousers on.

My favourite episode is Mum’s Army, in which Mainwaring falls in love with Benson’s Mrs Fiona Gray.

It ends heartbreakingly in Brief Encounter-style at Walmington-on-Sea station, where Mainwaring nearly turns into Trevor Howard.

The other episodes comprise The Deadly Attachment (‘Don’t tell him, Pike!’) and Round And Round Went The Great Big Wheel.

In each, Godfrey’s bladder problem is persistent, Walker wisecracks for England, Jones’s anecdotes expand, and Frazer’s eyes swivel with pessimism.

True, you could stay at home and watch the repeats. But the series seems to me reminted through the terrific work of these two actors.

When We Have Sufficiently Tortured Each Other

Word got out that this play, starring the great Cate Blanchett, is so violent and perverted that patrons were fainting in the aisles. If only it was that exciting.

Samuel Richardson’s 18th- century novel Pamela, about a spanking squire and his maid, is here rewritten by Martin Crimp and set in a garage with a black Audi.

By the end, the car – the couple use it for sex – ends up looking like Prince Philip has been out in it. 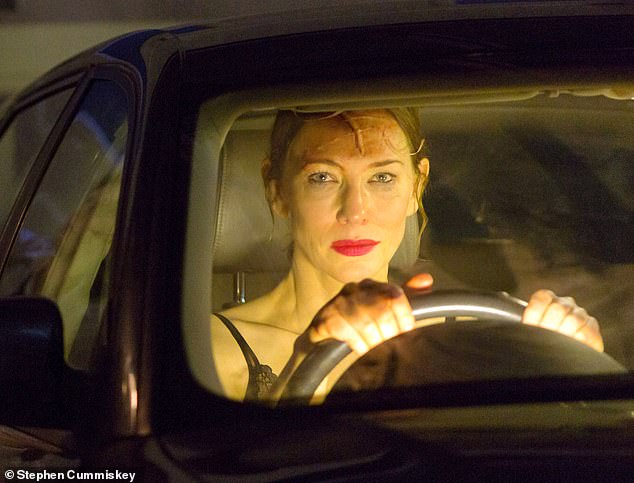 When We Have Sufficiently Tortured Each Other is based on Pamela, an 18th century Samuel Richardson novel, and stars a terrific Cate Blanchett (above) in her National Theatre debut

But the acting in the more heated moments is terrific. Blanchett flits from flinching vulnerability to utter ferocity.