The 26-year-old, one of Chile’s stars at the recent Copa America, has signed a five-year contract with the Bundesliga club after passing a medical on Wednesday.

‘We’re pleased that our persistency paid off and that Charles Aranguiz has decided to join us,’ said Leverkusen’s general manager Michael Schade on the Bundesliga club’s website.

‘We’ve been focusing our efforts on realising this transfer for a long time now and we were not really helped by the player’s extraordinary performances both in the Copa (America) and for his club.

‘That makes it all the more satisfying now to have beaten off international competition for his signature.’

He has also been welcomed to the Bundesliga club by their director of sport Rudi Voller, who believes he will soon fit in and adapt to a style of play he is already used to.

‘Charles Aranguiz has proven above all for the Chilean national team what an extraordinary footballer he is,’ Voller said. 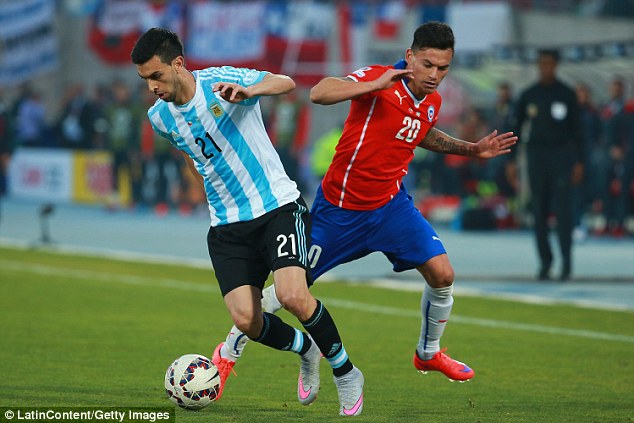 ‘Their style of play, which is based on a lot of running and aggression, is very similar to ours.

‘Aranguiz has always proven to be the strategist; the orchestrator in that team.

‘He raises the quality of our team and, with him, we’ve signed the player we really wanted for this position in our midfield.’

After putting pen to paper on a five-year contract, the Chilean admitted his compatriot Arturo Vidal, who used to play for Leverkusen and is now at Bundesliga rivals Bayern Munich after four years with Juventus, had made up his mind for him.

‘The Bundesliga is one of the best and most attractive leagues in the world, and Bayer have been one of the top teams in it for many years,’ he said.

‘My national team colleague Arturo Vidal spoke highly of Leverkusen and that’s why I desperately wanted to come to this club.

‘I also see a big chance of playing in the Champions League with Leverkusen. I’m really looking forward to this challenge in a new country.’ 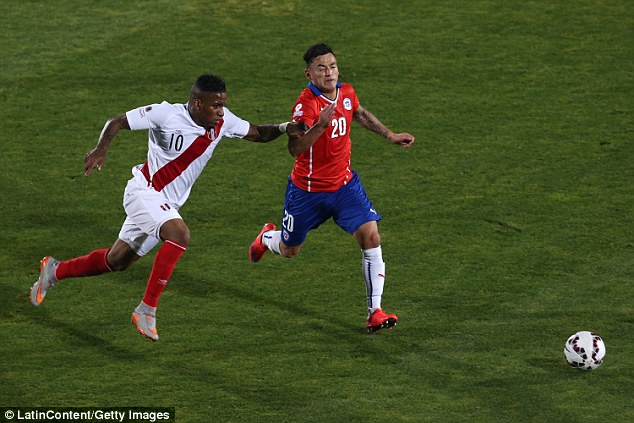