She recently admitted that the pressures of parenting can sometimes cause her to lose her mind.

But Charlize Theron appeared to be just fine while making an outing with her children Jackson and August in Los Angeles on Friday afternoon.

The Monster actress sported a tank top – which showcased her toned arms – and black pants while adding a pair of Adidas sneakers to her footwear.

Family day out and about: Charlize Theron appeared to be just fine while making an outing with her children Jackson and August in Los Angeles on Friday

In the midst of walking through a parking lot, Theron remained nonchalant while her daughter appeared to be crying.

The mother-of-two revealed in an interview with Us Magazine in April that she’s had a tough time coping when her children misbehave.

‘Raising kids is not through rose-colored lenses. There is real grit to it,’ Theron tells the news outlet’s reporter at the premiere of her movie Tully.

The Oscar winner credits her mother Gerda, mentioning how her tips have helped Charlize in a tremendous way. 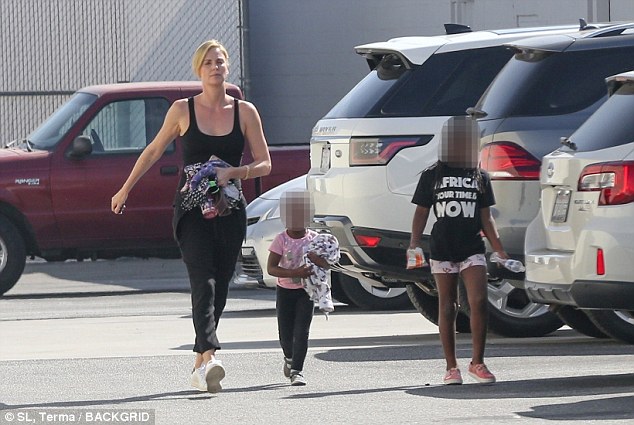 Going for comfort: The Monster actress sported a tank top – which showcased her toned arms – and black pants while adding a pair of Adidas sneakers to her footwear

‘I think every piece of advice has been really good from my mom. She’s like, ‘You know, what, tomorrow is going to be a new day. It’s not the end of the world.’

Theron recalls a time where her mother laughed upon seeing her daughter ‘lose her mind’ while the children were refusing to follow instructions.

‘Sometimes I lose my mind especially in a car, like when we’re on a road trip or something,’ the South African continued to share.

Charlize is currently said to be filming her forthcoming animated film The Addams Family, just months after having announced a sequel to her blockbuster hit Atomic Blonde.

The blonde beauty told Andy Cohen during a taping of Watch What Happens Live that a team had already been assembled to start developing a script for the film.

While the 2017 action thriller will see Theron reprise her role as Lorraine Broughton in the upcoming years, a plot for the movie continues to remain unknown. 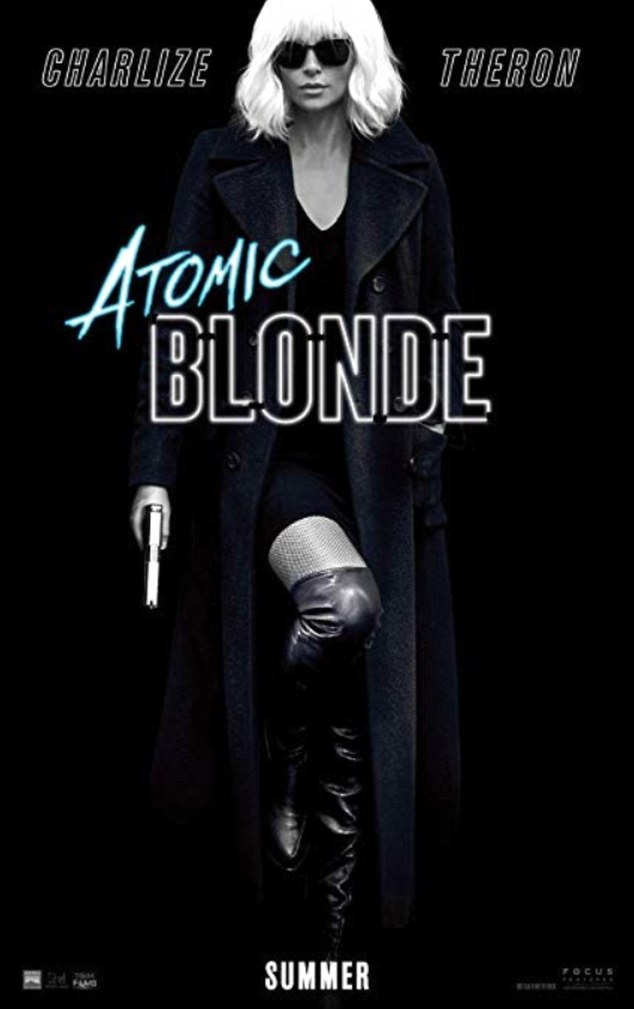 Confirmed: Charlize will reprise her role as Lorraine Broughton in the sequel to Atomic Blonde

Meanwhile, the movie star made an appearance at Caruso’s Palisades Village Opening in California on September 20.

Charlize rocked an interesting ensemble, consisting of multiple fabrics and patterns while opting to sport beige stilettos for the event.

She held her clutch with her right hand while adding some color to her look with blue nail polish.