Child, 11, with no underlying health issues becomes one of Britain’s youngest coronavirus victims as Covid-19 claims 917 lives in the last 24 hours – down from yesterday’s record 980

An 11-year-old with no underlying health issues is among a further 917 patients who have died in the UK after testing positive for coronavirus, bringing the total fatalities to 9,875.

It is a drop from yesterday’s 980 deaths, which remains the highest recorded in a single day so far.

NHS England reported a further 823 patients had died in their hospitals in the past 24 hours.

Those who had lost their lives in England were aged between 11 and 102, and 33 of these – aged between 29 and 94 – had no underlying health conditions.

The rise in deaths came as ministers ramped up their calls for Britons to remain indoors on a warm Easter weekend.

But some of the public flouted these instructions and flocked to the nation’s parks, forcing police patrolling on horseback to intervene.

On another grim day in Britain’s coronavirus epidemic:

A police officer on a horse talks to sunbathers in Victoria Park, London, as Britons continue to bask in the glorious Easter sunshine 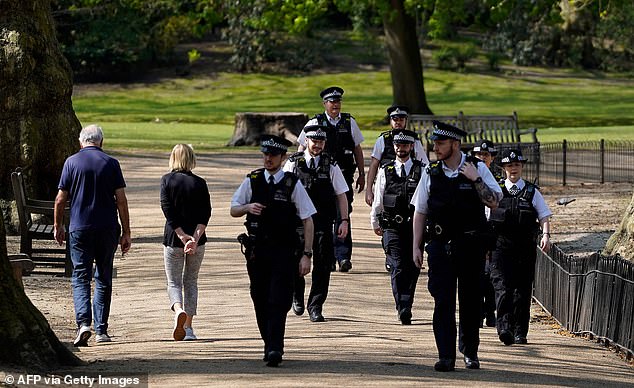