A six-year-old boy has dubbed himself the Shirley Temple King for his brutally honest reviews of drinks at restaurants, and fans can’t get enough.

Leo Kelly from Connecticut first made a start as the Shirley Temple King in August when sharing his first review of a non-alcoholic Shirley Temple drink on Instagram after visiting a restaurant.

For the youngster, what goes into his rating for each drink includes the amount of maraschino cherries in the cup, ratio of grenadine to ginger ale, and if there is a significant number of bubbles to satisfy.

One to watch: Leo Kelly from Connecticut first made a start as a Shirley Temple reviewer when he shared his first review on Instagram in August 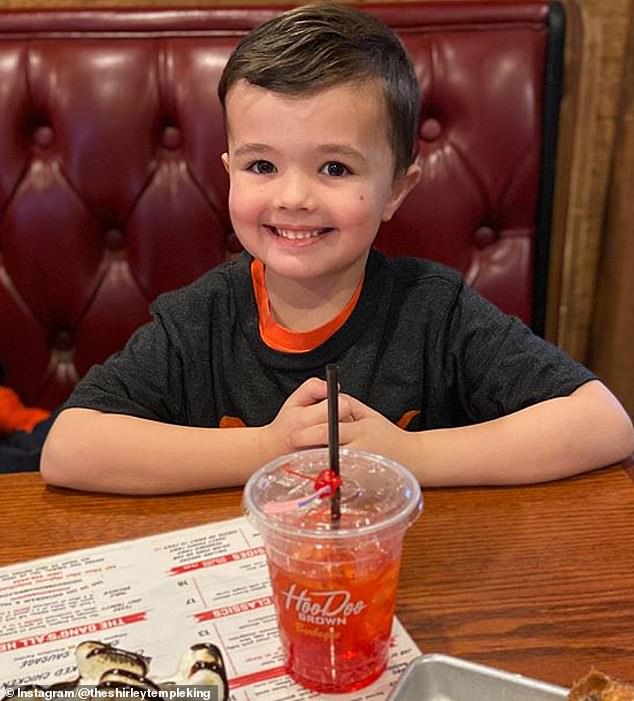 Know his name: He’s nicknamed himself the Shirley Temple King for his expert reviews

According to People, Leo only had about 300 followers on Instagram earlier this week after months of posting brutally honest reviews at different restaurants.

But then his review of Longhorn Steakhouse’s Shirley Temple took off, and he now has 166,000 followers online.

A video shows Leo sitting in a booth at the popular chain restaurant with a large Shirley Temple placed in front of him. The drink was wrong from the start, though, because there was not a single cherry in the glass.

‘First of all, this is the biggest Shirley Temple I’ve ever seen in my life,’ Leo stated to the camera, adding: ‘So, that’s good news. The bad news is to say, no there are cherries.’

Leo then gave the drink a score of five, one of his lowest, after taking a sip.

His brutally honest review went viral and encouraged people to watch other videos from the young kid. Longhorn Steakhouse revealed in a tweet they later ‘made it up to the King’ following his lackluster review of the Shirley Temple drink. 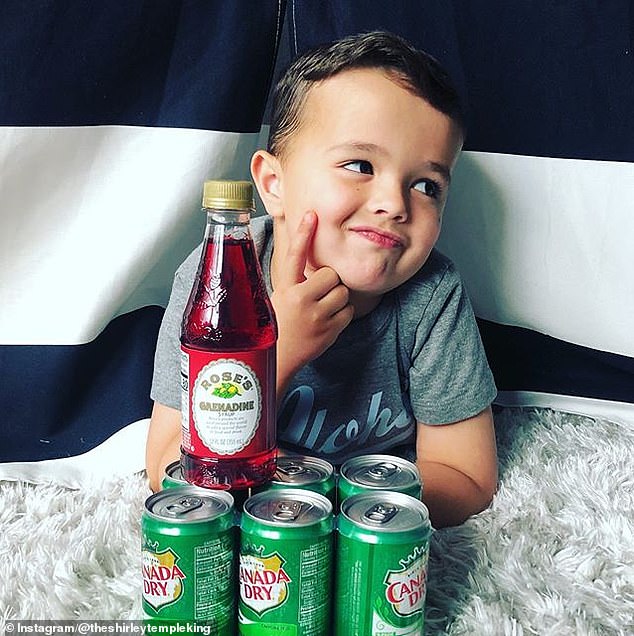 Harsh critic: The child went viral after his lackluster review of LongHorn Steakhouse’s drink, which included no cherries 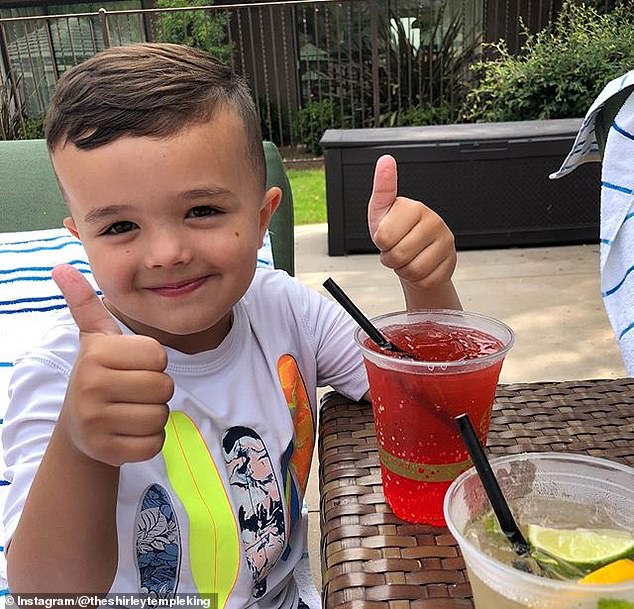 Thumbs up: His ideal Shirley Temple includes three or four ice cubes, a glass cup, using a can of ginger ale, the right ratio of grenadine, and three cherries

Another review from Leo came from when he visited visited Hoodoo Brown BBQ in Ridgefield, Connecticut.

The drink was his highest review to date, a 9.5/10, due to the Shirley Temple boasting three cherries in the cup and two on the lid. Leo also appreciated the added American flag on the cup.

People’s food editor Shay Spence helped inform people about the Shirley Temple King, writing on Twitter: ‘Just found this Instagram account that’s a kid who calls himself the Shirley Temple King and goes to restaurants and gives brutally honest reviews of their shirley temples. it’s so pure and I love him so much.’

‘He bout to get paiiiiid,’ she wrote.

Starting a movement: People’s food writer Shay Spence helped inform the public about the six-year-old critic when he tweeted one of Leo’s reviews

Fans: Other people online commented on how Leo ‘must be protected at all costs’ and joked how restaurants will now be afraid once he comes in

Other commenters thought the child ‘needed to be protected at all costs’. Another Twitter user joked: ‘Imagine being the bartender and seeing this small fry come in… And knowing what was about to happen.’

Since Leo is only six years old, the Instagram account showing all of his Shirley Temple reviews is run by his parents, Tom and Lisa Kelly.

They told People the idea for Leo to review Shirley Temples at each restaurant came from the child and his love for the drink.

‘He’s been ordering Shirley Temples from the age of 3 and always commented on them,’ Tom said. ‘We were on vacation at Gurney’s in Newport, Rhode Island, when Leo ordered a Shirley Temple at the pool and said “Dad I think I have an idea”…and the rest is history.’