Children are starting school unable to speak properly, dress themselves or even use the toilet, the head of Ofsted warns today.

In a damning verdict on the standard of some modern-day parenting, Amanda Spielman will highlight the rising number of pre-school children who are not taught basic speech or hygiene.

In a speech to nursery leaders in London today, Mrs Spielman will issue a plea to daycare staff to step in and help such children by teaching them basic skills.

She will say some infants are ‘unlucky’ in their ‘family culture’ because they do not have bedtime stories or nursery rhymes, and are not even taught the alphabet.

She will reveal research which shows some four- and five-year-olds know only a third of the words they should, meaning they cannot follow what is going on at school and quickly fall behind – a disadvantage that can stay with them for life.

While Mrs Spielman will not explicitly accuse families of feckless parenting, she will acknowledge that parents ‘clearly have the most important role here’ when it comes to solving the issues.

Children are starting school unable to speak properly, dress themselves or even use the toilet, claims the head of Ofsted. File image used

Ofsted’s intervention as the official inspector of pre-schools is significant because it places an onus on nursery staff to act.

Mrs Spielman wants all children arriving at Reception – the first year of school – to be able to carry out simple tasks, such as using a pencil, kicking a ball, putting on their shoes and taking off their coat.

She also wants them to be able to understand the words ‘no’ and ‘stop’ and be trained to sit through ‘the duration of a story’.

She will tell members of the Pre-School Learning Alliance: ‘Some children are ‘lucky’. And I’m talking here about family culture, not just money.

They get lots of help outside school from parents and family. Nursery rhymes, ABCs and settling down for a bedtime story are part and parcel of their daily lives.

‘But ‘unlucky’ children certainly need more of the structured learning to replace what they don’t necessarily get at home.

‘We now have a situation where, aged four, some children have less than a third of the English vocabulary of their peers. 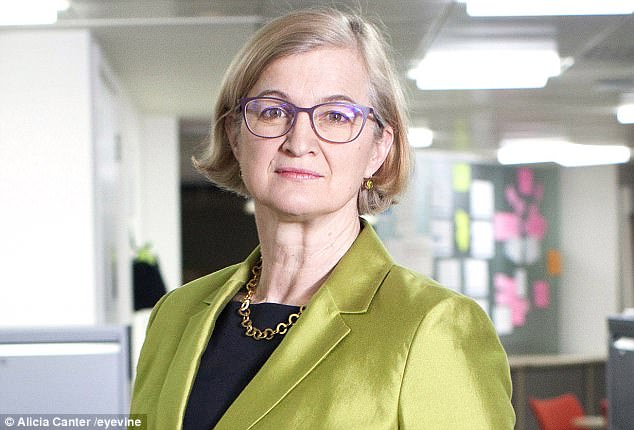 In a damning verdict on the standard of some modern-day parenting, Amanda Spielman (pictured) will highlight the rising number of pre-school children who are not taught basic speech or hygiene

Don’t be afraid to let children run and climb

Children should be encouraged to play on park equipment because ‘risk is part of a proper childhood’, Ofsted’s Amanda Spielman will say.

In her speech in London today, she will urge nursery staff not to obsess too much about health and safety because it inhibits play and a child’s natural development.

It follows reports of schools and nurseries removing equipment and even trees from playgrounds because they put pupils at risk of falling or slipping.

Many nurseries fear they will lose marks in Ofsted inspections in the ‘safeguarding’ section if they do not eliminate even the tiniest of risks.

Mrs Spielman will say: ‘Of course we expect you to take risk seriously and to supervise children properly.

‘But equally, don’t take away the climbing frame in case someone falls or avoid journeys to the park for fear of crossing the road.

‘Some level of risk is part of a proper childhood. And without it, we stifle children’s natural inquisitiveness and their opportunities to learn.’

‘These children arrive at school without the words they need to communicate properly.

‘Just imagine the disadvantage they face, right from the start. Unable to follow what’s going on. Unable to keep up with their classmates. Unable to reach their potential.

‘As a child, you will do worse at school. As a young adult, you may struggle to find work.

‘And as a parent, you won’t be able to help your own children learn. This is a vicious cycle.’

She will stress that she does not expect nursery staff to become ‘substitute parents’, but she believes nurseries and childminders must ‘play their part’ because many pre-schoolers spend much of their daytime in childcare. 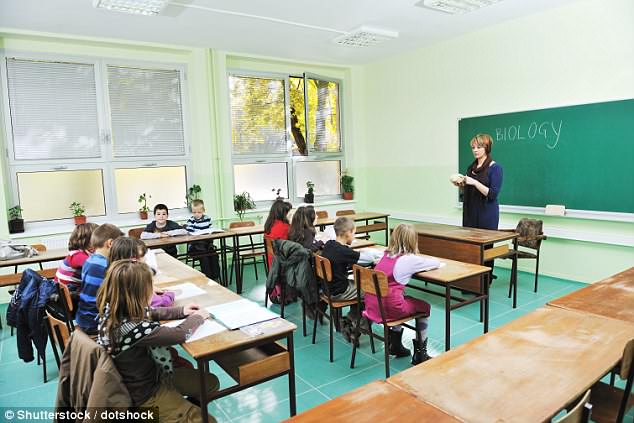 Nursery leaders in London will be told that children are not coming to school with the necessary life skills expected at four. File image used

‘What you do to identify children who are struggling, work with parents and monitor progress, can make a world of difference,’ she will say.

‘We know that the best nurseries work closely with families, helping to establish simple routines, such as sleep time and potty training.’

On toilet training, she will say: ‘It is alarming that more and more schools report children turning up on their first day of Reception unable to do this. Indeed, there have been recent news stories about children being sent to school in nappies!’

This week, a survey of teachers found that a fifth of them spend up to 30 minutes a week toilet-training children.

Mrs Spielman, a Cambridge graduate and mother of two, spent much of her life as an accountant and investment adviser for leading City firms.

In 2004, she became research and policy director for the Ark academy chain before becoming chairman of exams regulator Ofqual in 2011. 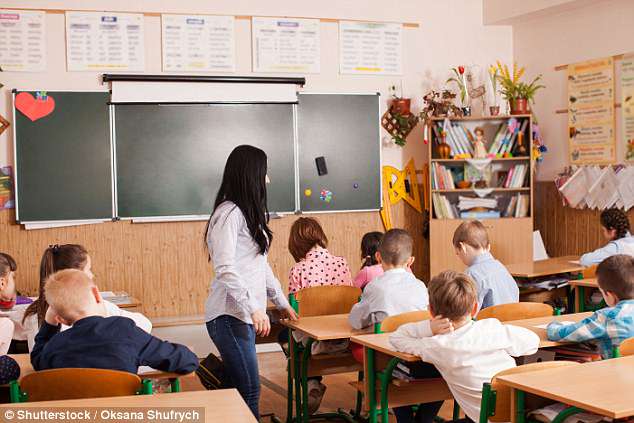 Mrs Spielman wants all children arriving at Reception – the first year of school – to be able to carry out simple tasks, such as using a pencil, kicking a ball, putting on their shoes and taking off their coat. File image

Thousands of ‘pinball kids’ are being shunted around the care system, facing multiple changes to their home, school or social workers, a report warns.

Just one in four children in care experienced no changes in 2016/17, according to a study by the Children’s Commissioner, who warned that far too many youngsters were ‘living unstable lives’.

In total, almost 2,400 children switched home, school and social worker during those 12 months, while a further 9,000 experienced two of these changes.

Across two years, the commissioner’s latest Stability Index found that more than 3,000 children had to move home four or more times, while over three years, 2,500 had moved at least five times.

The report warns that youngsters who experience instability in their lives are more at risk of issues such as being excluded from school, gang membership and exploitation.