Ahead of their Copa America Centenario final against Argentina, the Chile squad have taken some time to relax as they look to win the prestigious title for the second year running.

Arturo Vidal and Alexis Sanchez posted pictures on social media as they travelled around New York and enjoyed their recovery days in a jacuzzi.

No nonsense Inter Milan midfielder Gary Medel, who plays at centre half for his country, took to Instagram as the Chile players prepared to fly to New York ahead of Sunday’s final. ‘New York next for the bandita #VamosChile’ was the caption.

Who: Argentina vs Chile

Following their eventful 2-0 semi-final victory over Colombia on Thursday, which included a three hour break in play due to extreme thunderstorms, La Roja also took a few of their spare days leading up to the final to recover.

Alexis, a regular poster to Instagram, titled the snap ‘I do not care what people think bad of us. We know what we have suffered, all that we have cried and everything that has cost us – get up and smile again’. 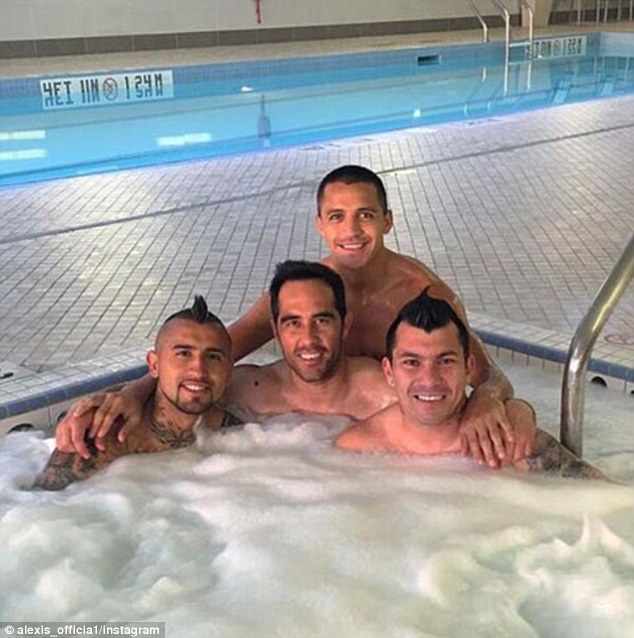 Arsenal star Alexis Sanchez (back) poses with Arturo Vidal, Claudio Bravo and Medel (left to right) in a jacuzzi

The match is to take place at the Met Life stadium in New Jersey and kicks off at 8:00 pm local time.

The game is also a re-match of the 2015 Copa America final in Santiago, Chile, where the home side won on penalties to win their first title.

Argentina have not won a major senior title since lifting the Copa America title in 1993, and are desperate to get revenge on their neighbours, in addition to removing the tag of ‘underachievers’ for their generation.

But following losses in last year’s Copa final and in the World Cup 2014 final, Argentina are under massive pressure to get a result which could work in the favour of Juan Antonio Pizzi’s men. 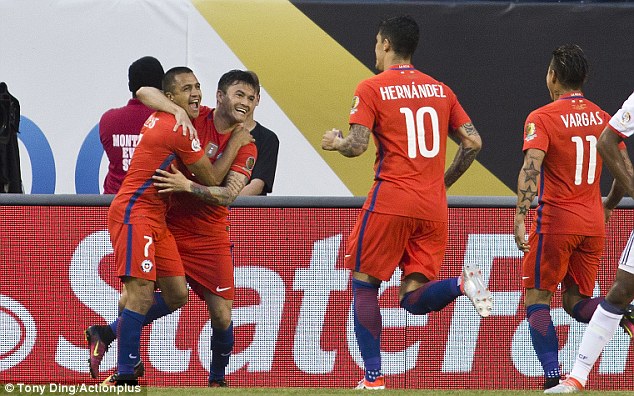