The internet has been swept up in yet another viral craze that sees people giving themselves ‘instant’ makeovers in a funny meme movement inspired by the hit show Riverdale.

Christened the ‘karma’s a b***h’ meme after the sassy Riverdale line that it is inspired by, the meme involves people recording a video of themselves look their most drab and dreary, before uttering those three small words, throwing a towel or scarf over their faces and up into the air, and revealing themselves looking incredibly glamorous and done up.

The ‘instant makeover’ is of course all down to sneaky video editing, with many people turning to video app Dou Yin, which is particularly popular in China – where this meme seems to have originated.

Karma’s a b***h: A new instant makeover meme has taken the internet by storm, with thousands of people taking part – including actress Busy Philipps (right) and her friend 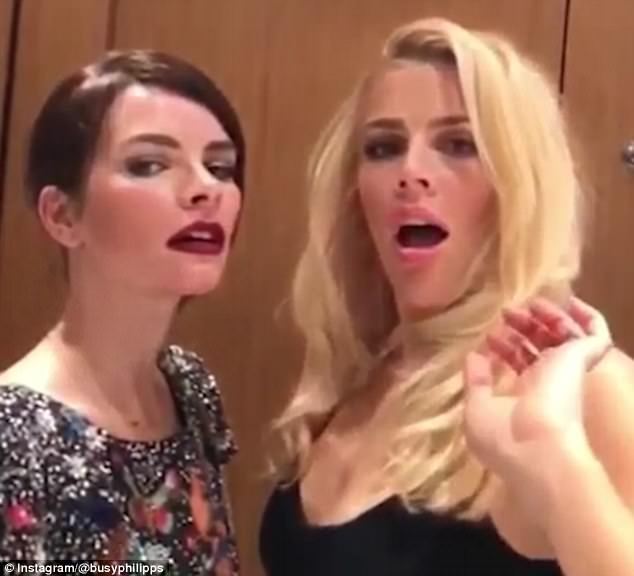 Surprise! Busy, 38, and her friend Kelly Oxford, managed to ‘perfect’ the video meme after taking a whopping ‘three hours’ to get it right 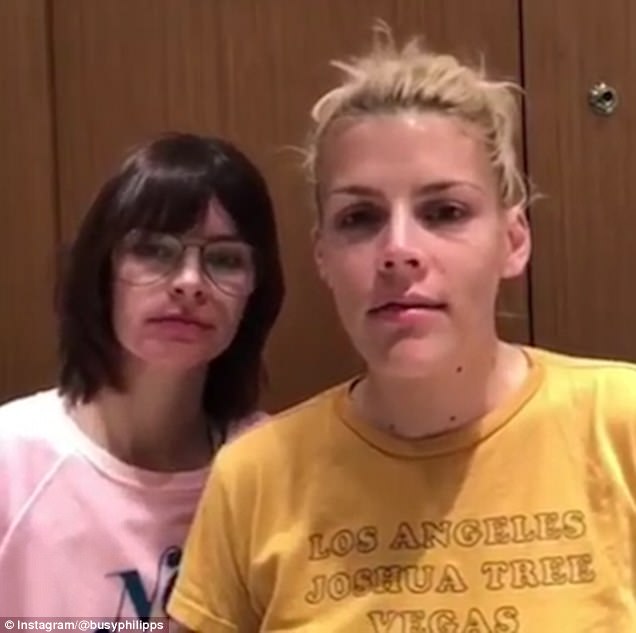 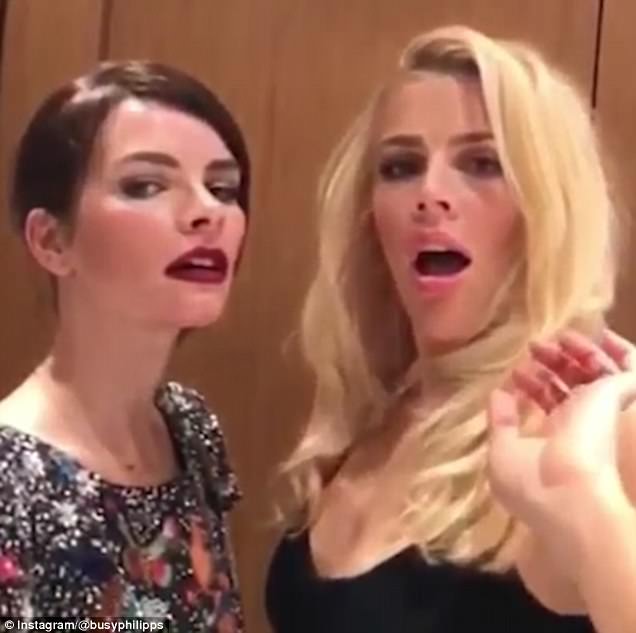 As if by magic: The meme is supposed to make participants look as though they have transformed instantly 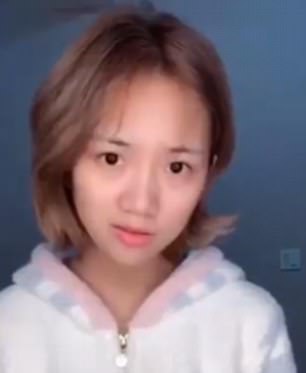 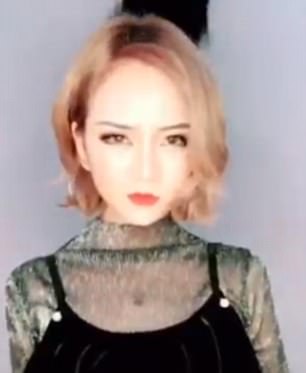 Beginnings: The trend appears to have initiated in China, where many people dress down in pajamas before she dramatically showing off their sassy instant makeover 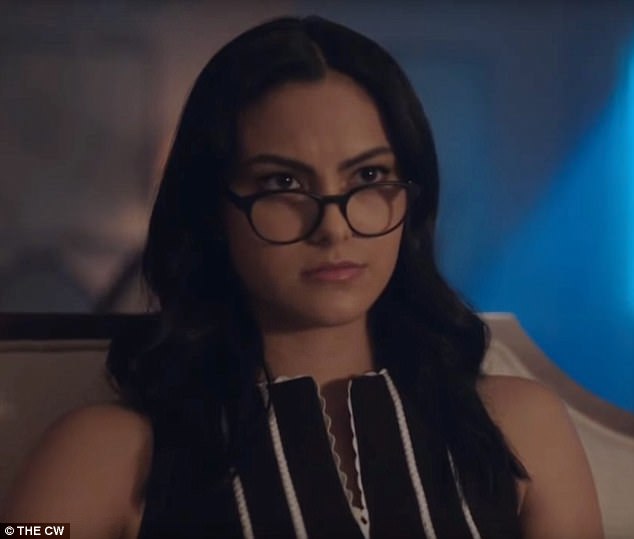 Inspiration: People taking part in the meme must say ‘oh well, karma’s a b***h’ – which was first said by Camila Mendes’ character from Netflix series Riverdale

Indeed, far from actually being instantaneous, the process that goes into creating the meme seems to take a great deal longer.

Actress Busy Philipps, for example, revealed over the weekend that she and her friend Kelly Oxford spent a whopping three hours trying to perfect their attempt, no doubt struggling with the ins and outs of the video editing required to get it right.

Plus, a great deal of make-up is required to truly achieve that spectacular transformation from grungy to glamorous, with many taking part choosing to first present themselves in casual clothes like pajamas or dressing gowns, looking like they have just gotten out of bed and wearing zero make up.

They then utter the phrase, ‘oh well, karma’s a b***h’, words first said by TV character Veronica Lodge in episode six of the hit show’s second season, which airs in the US on The CW, and in the UK on Netflix.

In the episode, Veronica is seen sitting in an armchair by the fireplace when her mother, Hermione Lodge, receives a phone call about an accident someone was involved in that her daughter had been a part of.

When Hermione, played by Marisol Nichols, hangs up the phone and tells Veronica what happened, she looks up at the camera and says in her sassiest voice, ‘Oh well… Karma’s a b***h.’ 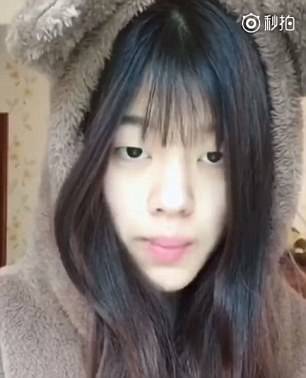 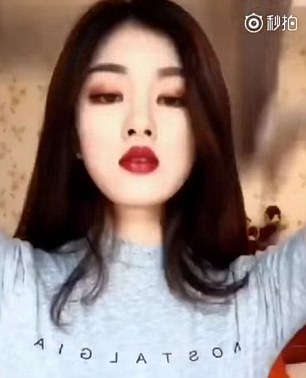 Sneaky: The trick, which is done with an app, involves users splicing together two clips. This girl’s before shows her in a funky teddy bear onesie on the left, then voila she’s all made up 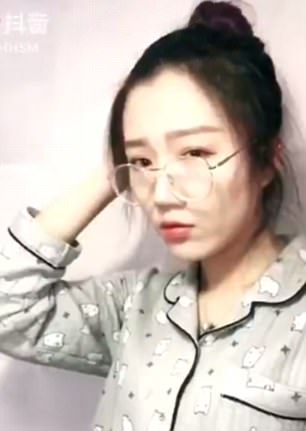 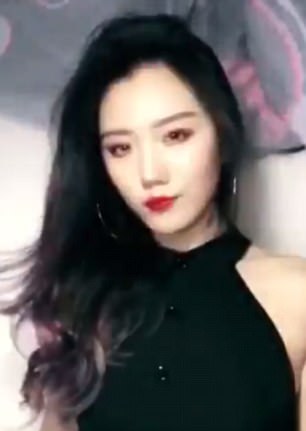 Quick as a flash: After the phrase is uttered the person then whips out a towel, scarf or blanket. They then reveal their new look 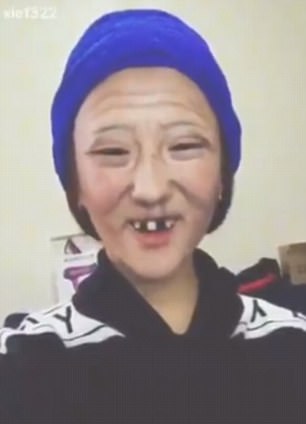 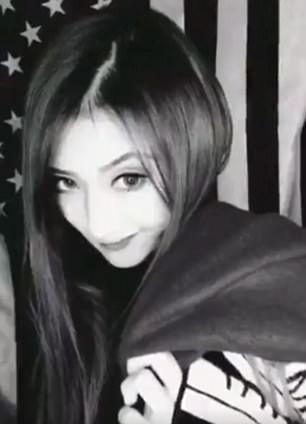 Funny: This woman opted to get creative with her before shot, painting on lines and wrinkles to look older. She then showed off her younger self with long hair and a wrinkle-free complexion

And although the character, who is based on the Archie Comic Books and played by actress Camila Mendes, doesn’t perform an instant transformation it appears that Chinese youngsters have been inspired by her sassy nature.

In addition to the ‘karma’s a b***h’ track playing in each meme, the hit 2011 hip hop hit Gucci Gucci can also be heard in the background of most videos, adding even more attitude to the overall effect.

After uttering those now-famous words, participants then throw either a towel or some form of sheet over themselves which then cuts to the very dramatic change in appearance, making sure to stare down the camera with their most sassy stare.

According to Buzzfeed Chinese youngsters are using the video app Dou Yin.

It allows a user to make short clips over popular music, add filters and effects, as well the ability to pause the clip and then splice them together.

Others have opted to use the popular app Musical.ly, which also enables people to change the speed of their clips, while adding a musical backing track. 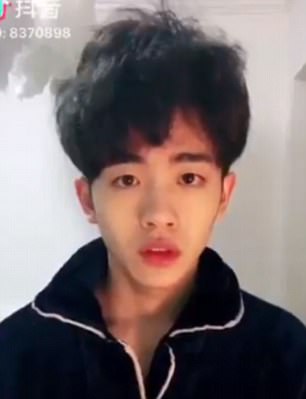 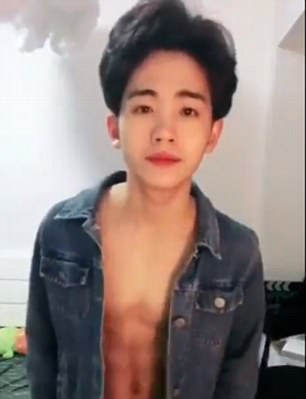 Subtle: One man didn’t appear to put much effort in to his transformation. He simply tidied up his hair and took off his shirt 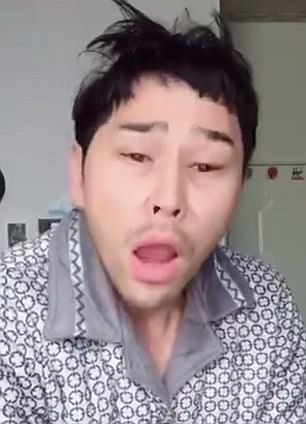 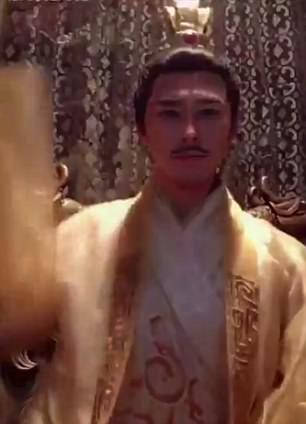 Something different: Others took the challenge to another level, with dramatic makeovers. This man went from plain to fancy in mere seconds 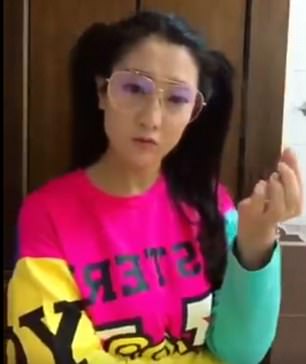 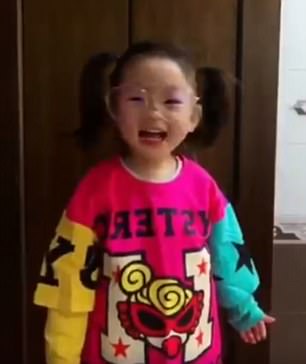 Joker: One woman took a different approach, pretending to eat a sweet just like Alice in Wonderland that made her tiny and young – with the help of a younger sibling 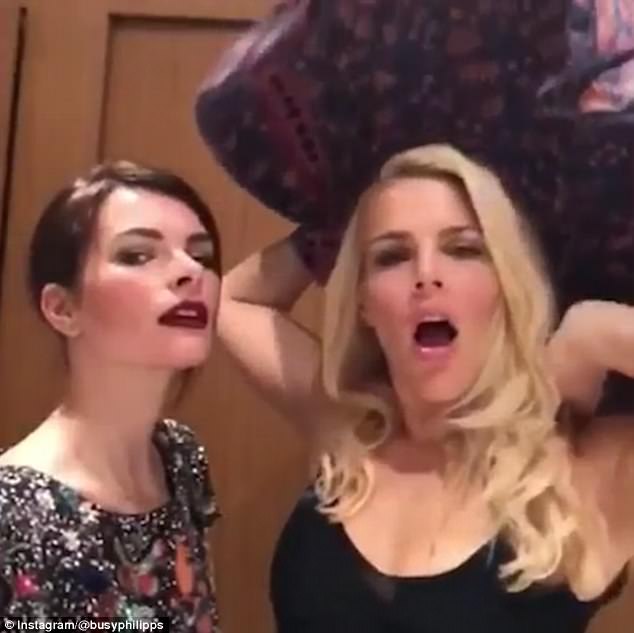 A-list approval: Busy, who has starred in television series Dawson’s Creek and Cougar Town, used a patterned scarf to make her big reveal

In Cougar Town star Busy’s attempt, which she posted to her Instagram page over the weekend, the mother-of-two is seen sporting a yellow t-shirt with her hair pulled back in a scruffy ponytail.

Her friend Kelly is equally dressed down and wearing a pair of spectacles, and neither appear to be wearing make-up.

As the camera goes into slow-motion, Busy can be seen throwing up a patterned scarf before revealing their glamorous makeovers.

Busy captioned the clip: ‘This legitimately took us like 3 hours to figure out how to do but I feel like it was worth it if for no other reason than it was really fun? #karmasab***h.’

Other carefully planned out transformations include one woman turning herself into a younger version – perhaps with the help of a sibling.

Another goes from looking like an old lady with painted on lines and wrinkles, into a glamorous younger self.