The TV personality, 34, announced the news of her daughter’s arrival on Instagram on Sunday, alongside a sweet photo of the baby’s hand.

Chloe was seen linking arms with James, 37, as the couple carried their daughter in a car seat to their vehicle and headed home as a family.

James was every inch the doting new dad as he carefully placed his daughter in the car, after being seen several days earlier bringing the car seat to the hospital.

Chloe’s presenter parents Judy Finnigan, 74, and Richard Madeley, 66, were also seen paying a visit to the hospital to visit their new granddaughter.

Judy looked chic in an electric blue dress while Richard wore a white tee and shorts as they headed to see the new family. 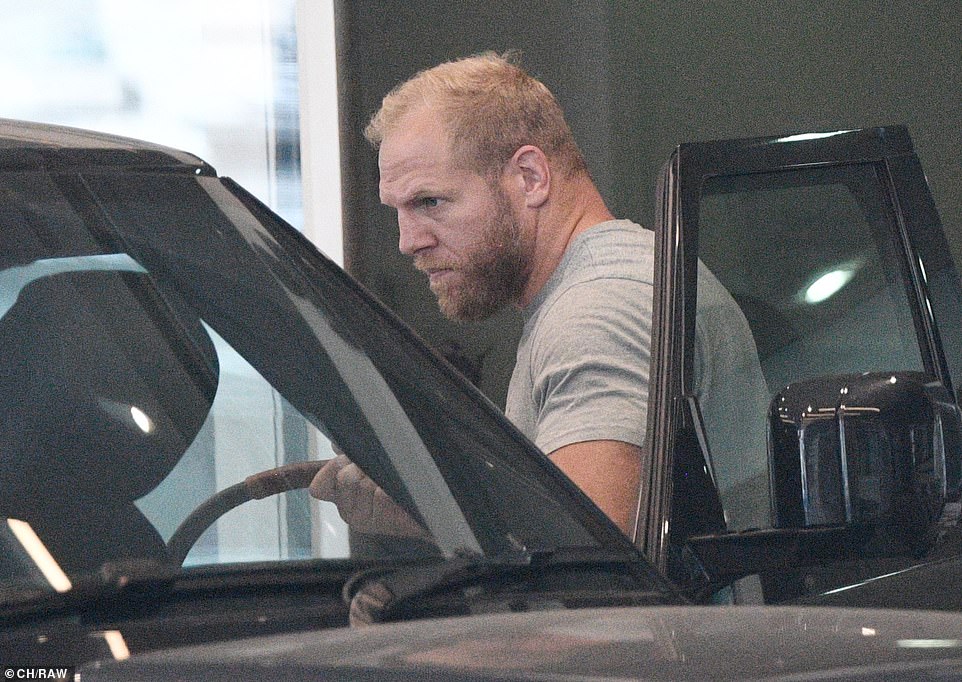 Hometime: James was every inch the doting new dad as he carefully placed his daughter in the car 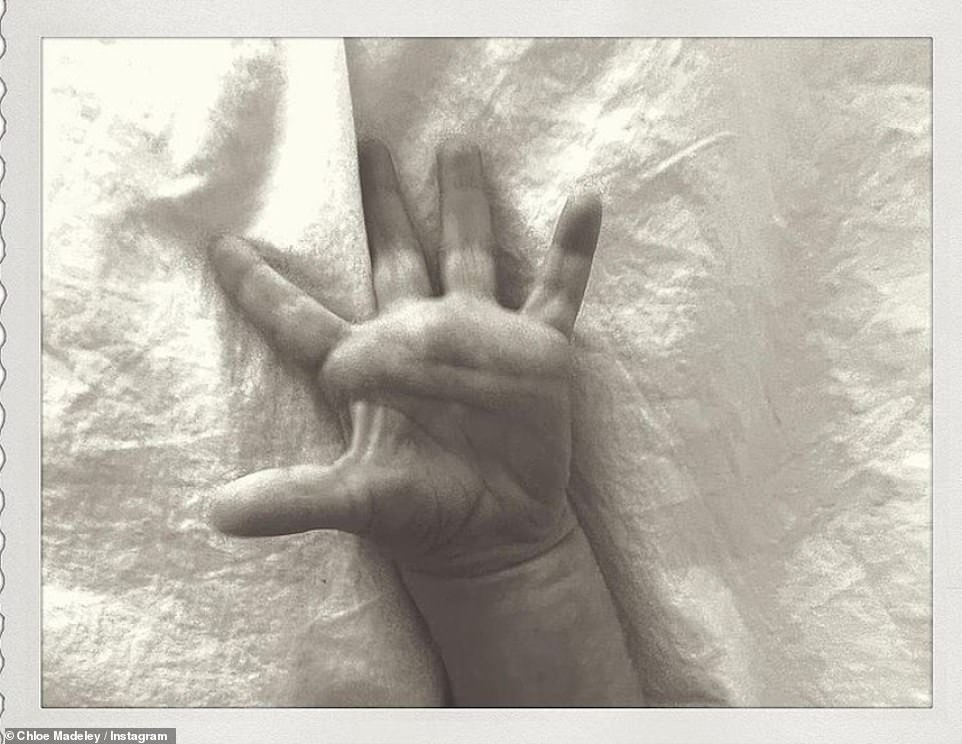 Cute: The TV personality, 34, announced the news on Sunday by sharing a sweet snap of her daughter’s hand, while revealing the baby was born on Wednesday 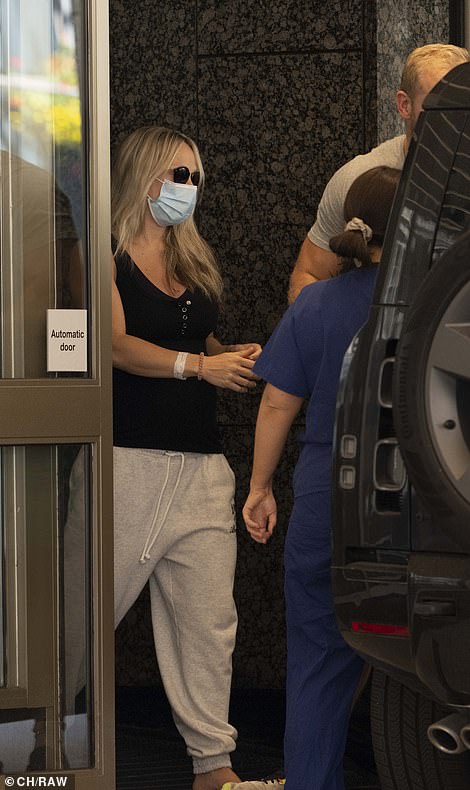 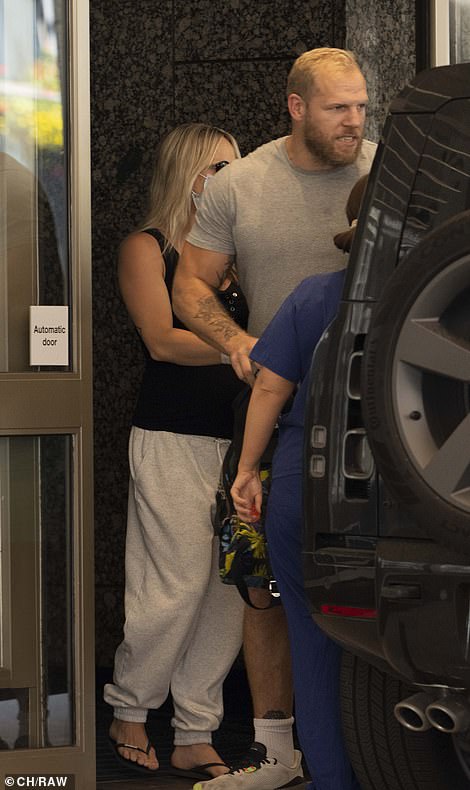 Couple: James was seen escorting Chloe out of the hospital after the birth 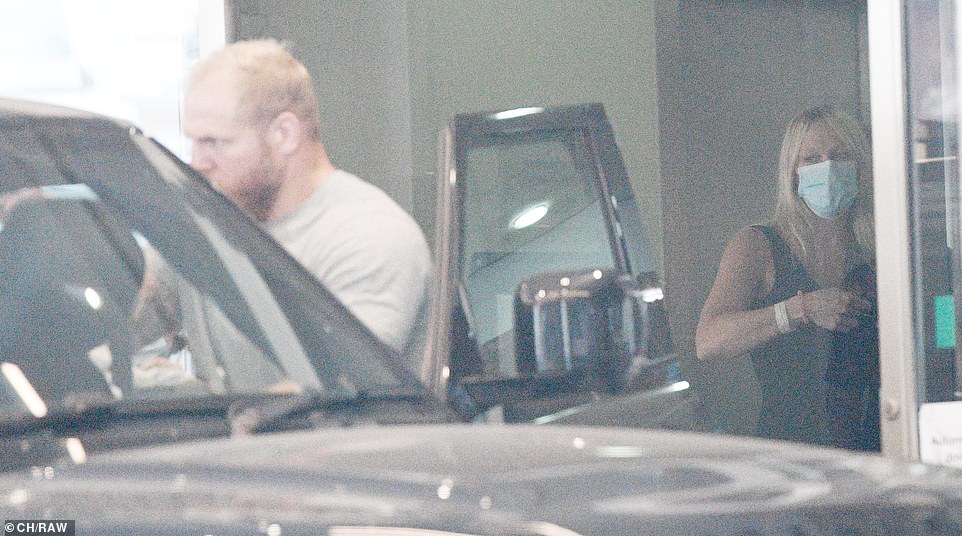 TLC: James placed the couple’s baby into the car as Chloe watched on 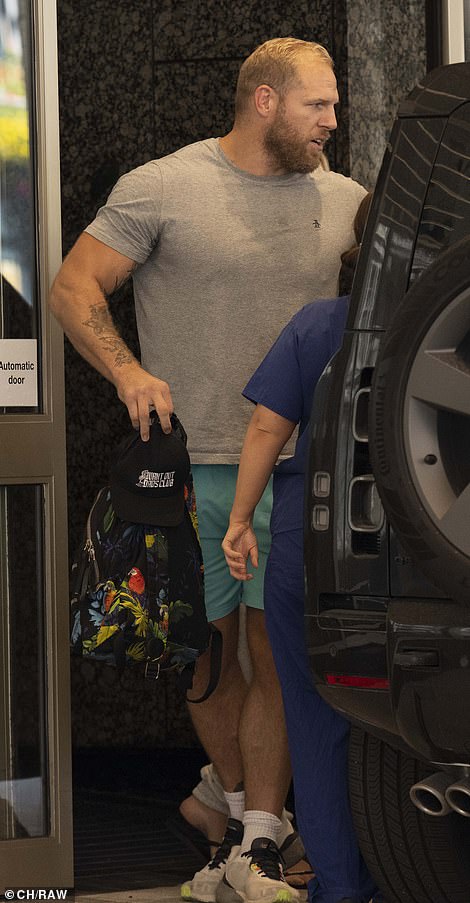 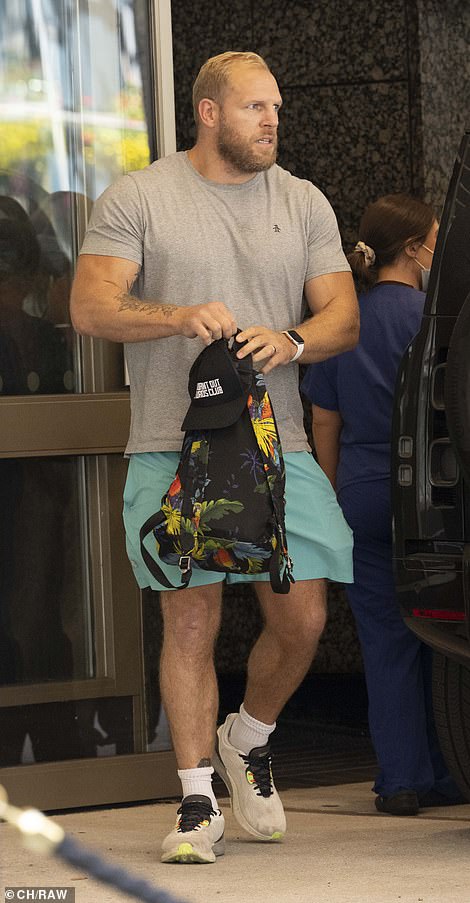 New dad: James carried a rucksack as he made his way to the car with his loved ones 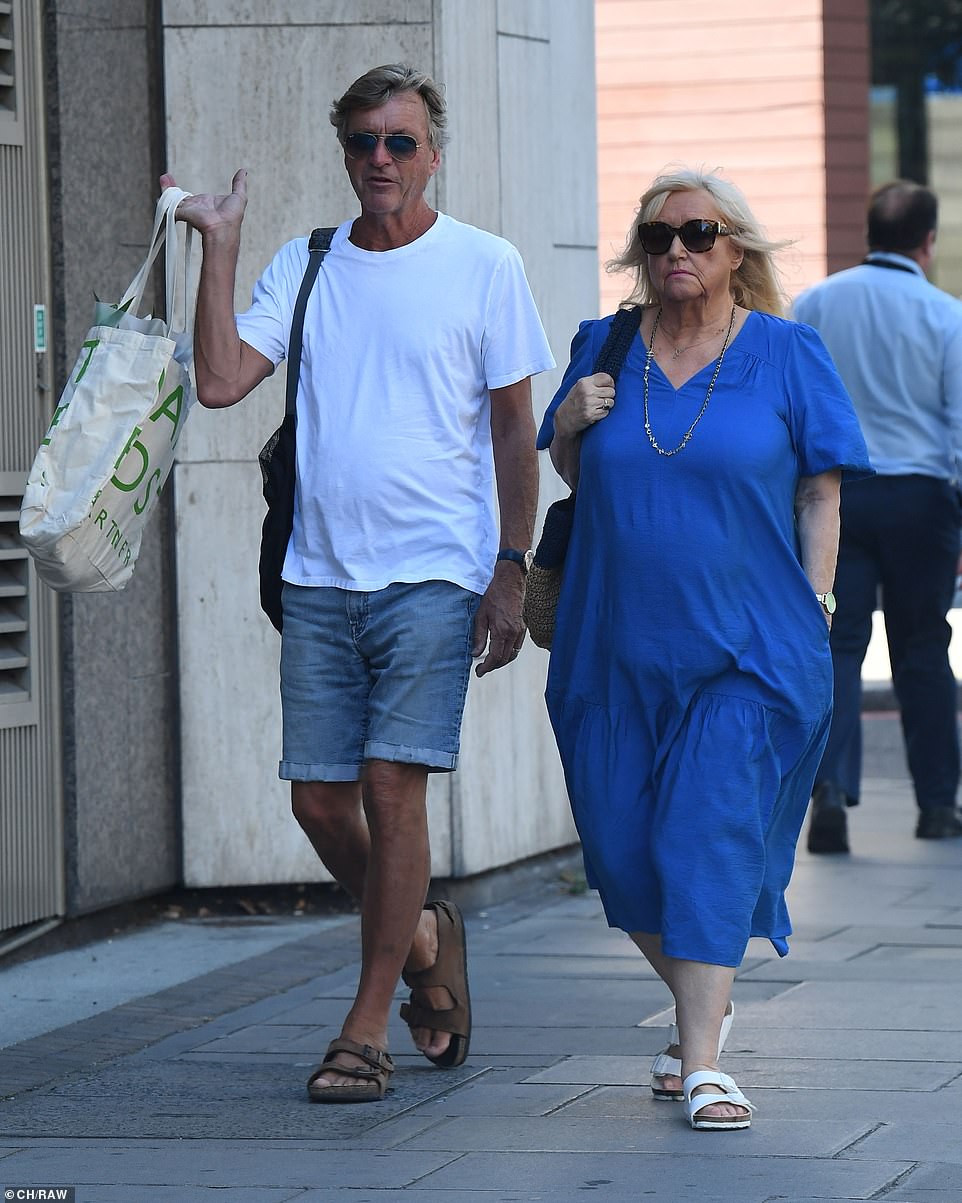 Grandparents: Chloe’s presenter parents Judy Finnigan, 74, and Richard Madeley, 66, were also seen paying a visit to the hospital to visit their new granddaughter 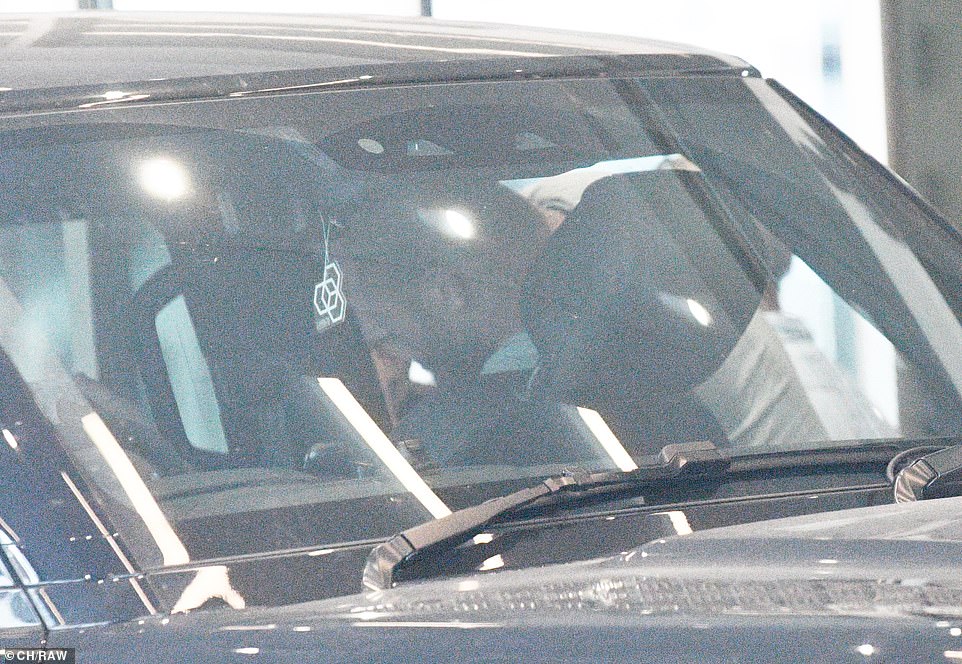 Hometime: James looked at his daughterr as the family headed home

Chloe and James wrote: ‘We are delighted to welcome to the world our daughter. We are utterly besotted and beaming with pride.

In the announcement she shared a picture of her ultrasound as she posed with her mother Judy and held up a pink onesie. 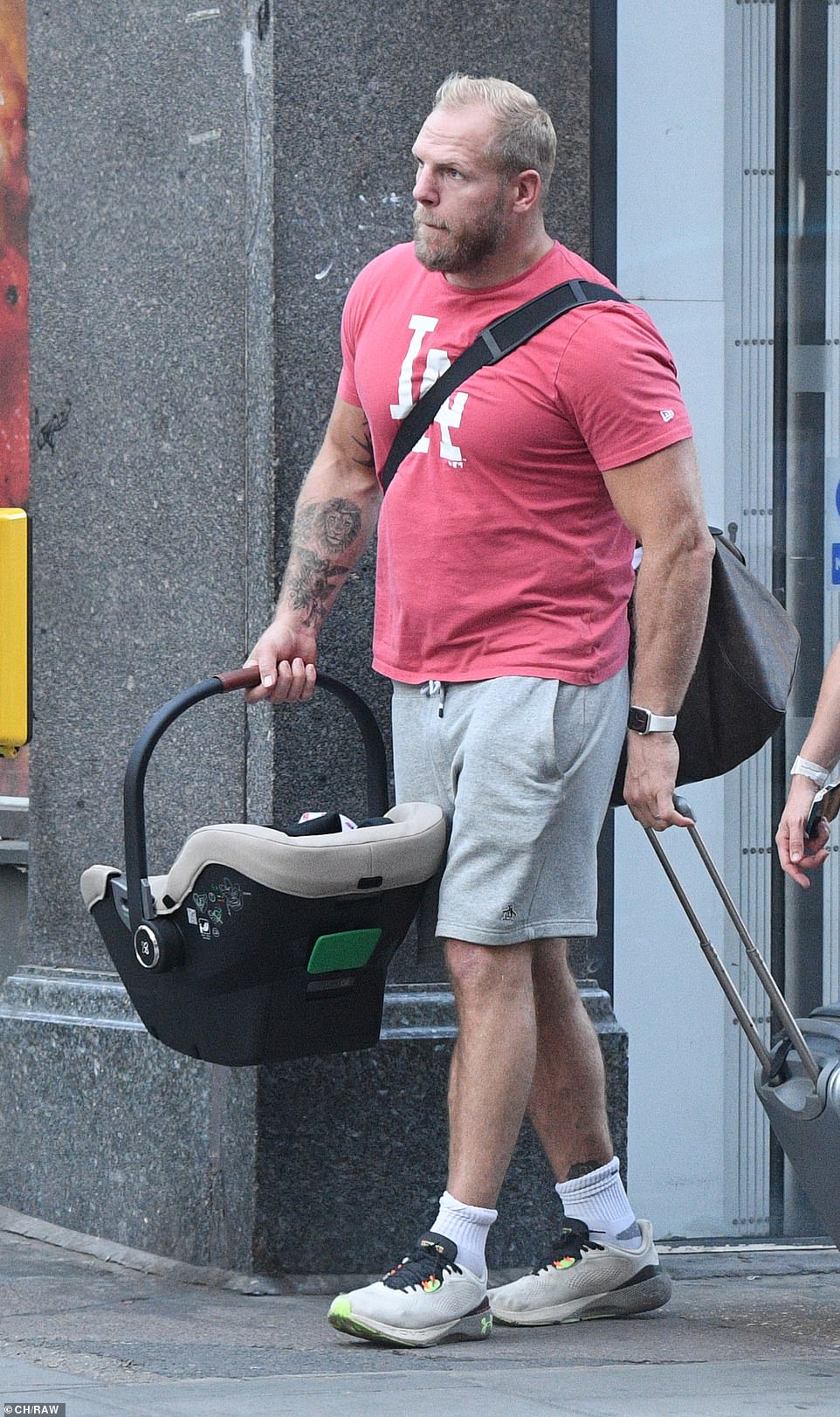 Prepared: Earlier in the week James was seen heading to the hospital with a baby carrier and a suitcase 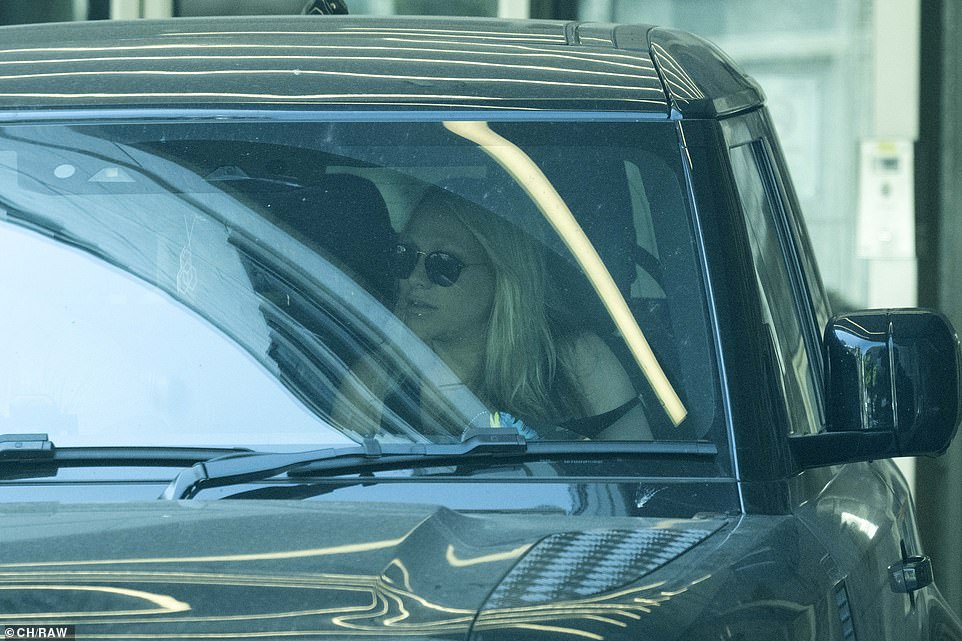 New mother: Chloe was driven home by her husband after giving birth 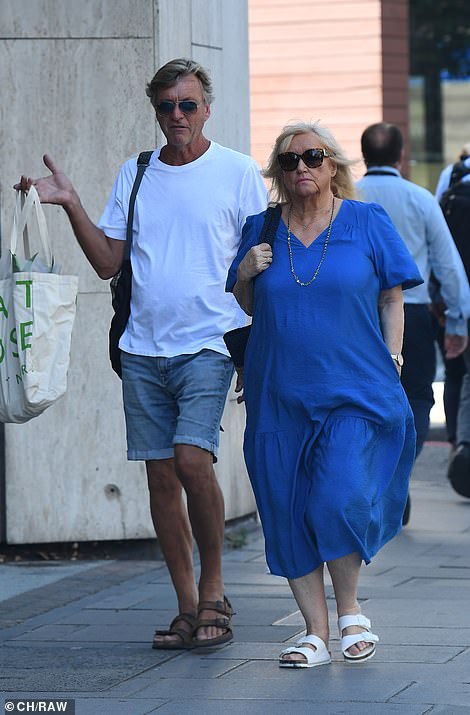 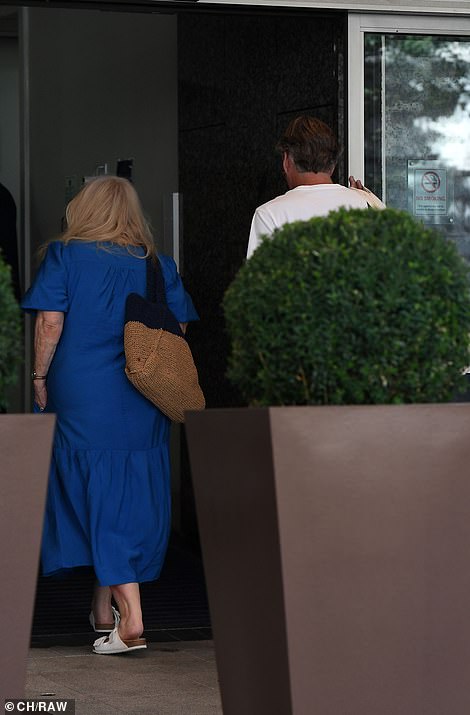 Parents: Richard and Judy were among the first visitors to see the new baby 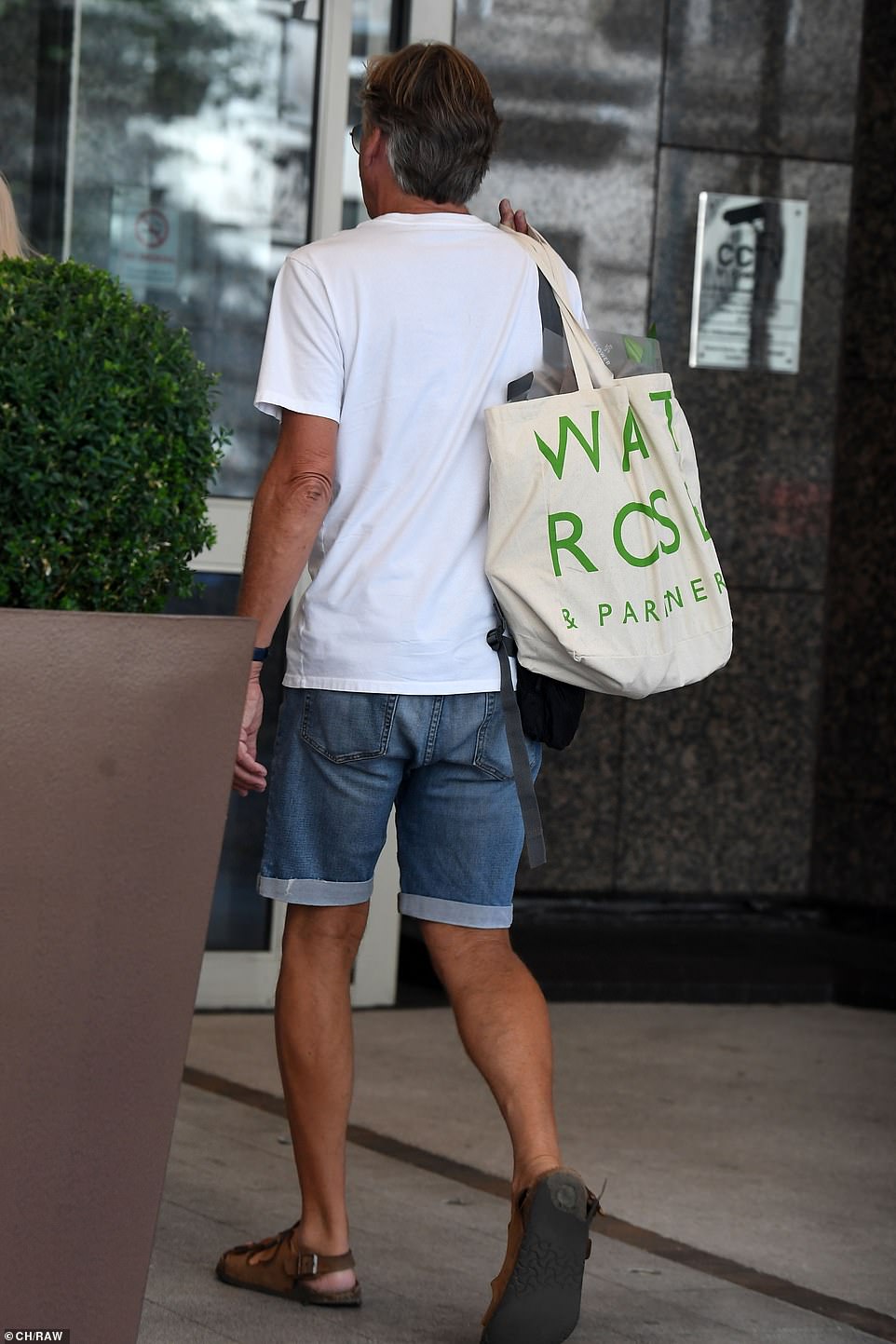 Presents? Richard was seen carrying a grocery bag into the hospital

Stylish: Judy looked chic in an electric blue dress while Richard wore a white tee and shorts as they headed to see the new family

Hometime: The couple hopped into their car after visiting the new baby

James also appeared on GMB – alongside Chloe’s father Richard who was presenting – to make the announcement at the same time, where he joked he hopes the baby ‘has her mother’s looks’ and said to Richard he would ‘be a grandad once again’.

Chloe looked thrilled in the snap posted to her social media while Judy beamed beside her.

In the slew of images uploaded she also shared an up close image of her ultrasound as well as a loved-up snap with former rugby union player James, 36, who she married in 2018. 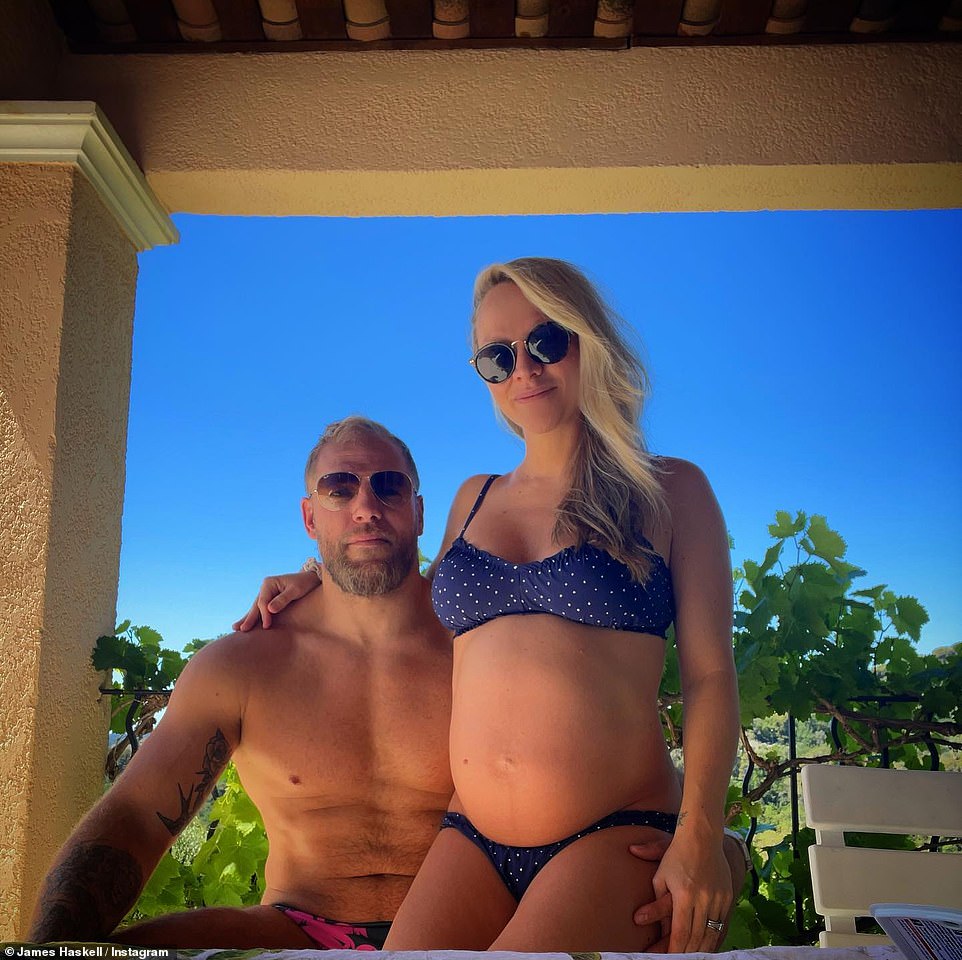 Baby girl: Chloe announced the arrival of the couple’s daughter on Sunday

She then showed off her growing bump in a series of selfies as she posed in grey underwear and a T-shirt at 11 weeks, before changing into a white flowery body suit for a snap taken at 14 weeks.

She captioned the images: ‘Little one’, and was quickly flooded with well-wishes and congratulations from her followers.

The couple married in an intimate ceremony held at Berkshire’s All Saints Church on December 15, 2018.

The fitness guru said ‘I do’ in front of friends and family after proud father Richard drove her to the church.

The Body Blitz author was also joined by mother Judy Finnigan at the ceremony – which was blighted by rain – with guests sheltering themselves from the storm battering the country.

The new parents announced their engagement in April that year, after the sports star decided to pop the question to his girlfriend of three years.

He had got down on one knee during a romantic trip to Paris, with Chloe later admitting she was stunned by her beau’s gesture. 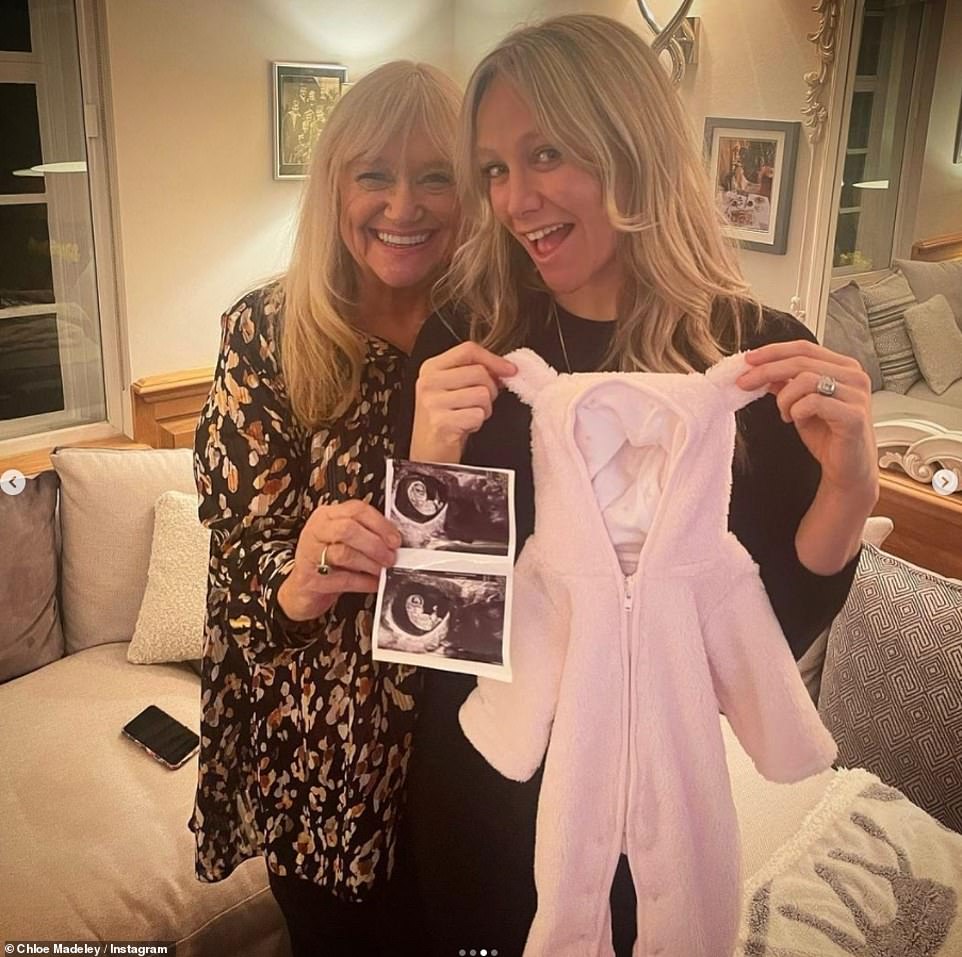 Family: Chloe announced she was expecting her first child with a sweet Instagram post in February as she she shared a picture of her ultrasound with her mother Judy Finnigan, 73, and held up a pink onesie 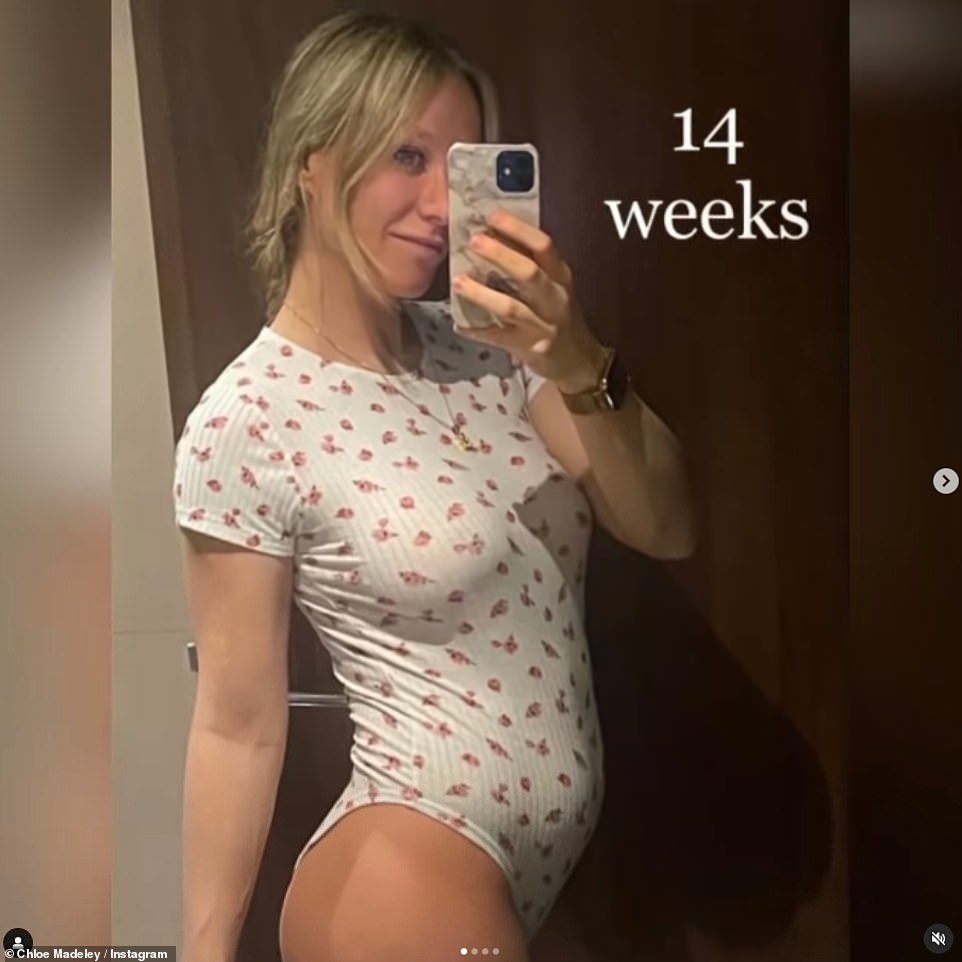 Bump watch: Chloe kept fans up to date with her pregnancy journey for the past 9 months